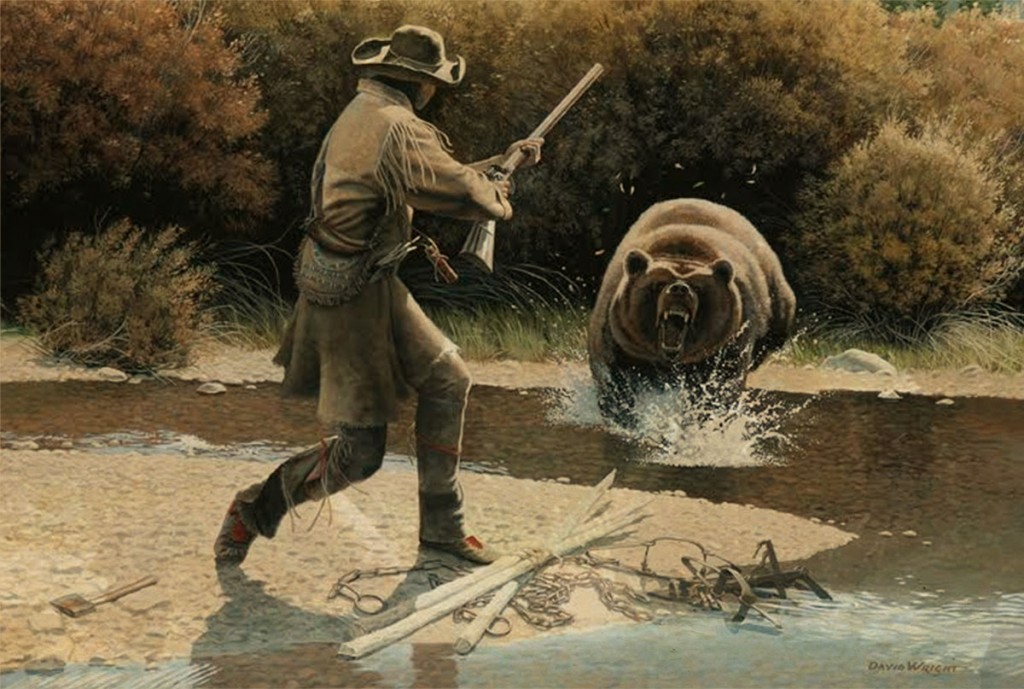 “Caught Off Guard,” by the great David Wright.

There’s nothing more dangerous on North American land than a pissed off grizzly bear — Old Ephraim as the Mountain Men styled them. True in 1822 and true today. A nine-year-old kid got badly mauled in Alaska, saved only by a relative shooting the bear dead. From Alaska State Police.

Type: Bear Attack
Dispatch Text:
On September 20, 2022, at 6:37 pm, the Alaska State Troopers and Alaska Wildlife Troopers were notified of a bear attack near mile 36 of the Glenn Highway off Matanuska Road. Troopers and EMS immediately responded to the scene and discovered an injured juvenile male and an adult male. The pair were taken to a Mat-Su area hospital; the juvenile sustained serious injuries, and the adult male had minor injuries. After a preliminary investigation, Troopers determined that the pair were hunting in the hay flats area when they came upon a brown bear. The bear attacked the juvenile. During the attack, the adult male shot and killed the bear. Troopers and Alaska Department of Fish and Game staff will be back in the area on September 21 to continue their investigation.

Man, that’s rough for that kid.

The bestselling (alt)-historical novelist Robert Harris has turned to frontier New England for his new novel — a straight historical based on the manhunt for two of the men responsible for the beheading of Charles I of England. 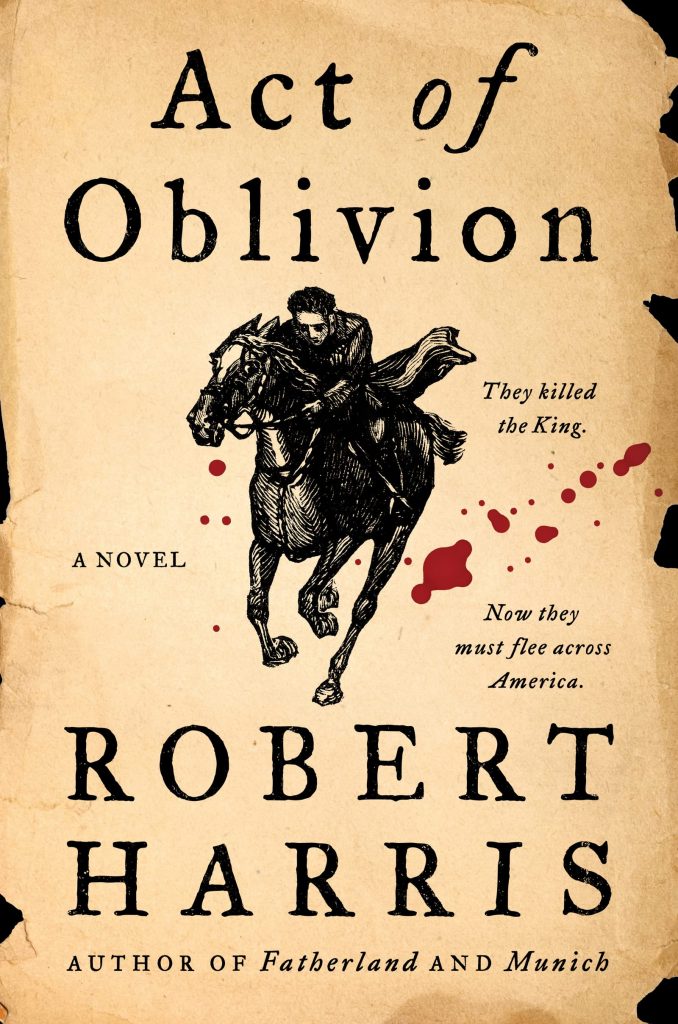 This is one of the great tales from history, delightfully recounted in Christopher Buckley’s rollicking The Judge Hunter, which I much enjoyed.

Harris likely has a more somber take on the affair.

“1660 England. General Edward Whalley and his son-in law Colonel William Goffe board a ship bound for the New World. They are on the run, wanted for the murder of King Charles I — a brazen execution that marked the culmination of the English Civil War, in which parliamentarians successfully battled royalists for control.

But now, ten years after Charles’ beheading, the royalists have returned to power. Under the provisions of the Act of Oblivion, the fifty-nine men who signed the king’s death warrant and participated in his execution have been found guilty in absentia of high treason. Some of the Roundheads, including Oliver Cromwell, are already dead. Others have been captured, hung, drawn, and quartered. A few are imprisoned for life. But two have escaped to America by boat. In London, Richard Nayler, secretary of the regicide committee of the Privy Council, is charged with bringing the traitors to justice and he will stop at nothing to find them. A substantial bounty hangs over their heads for their capture–dead or alive….”

Goffe shows up, at least in legend, during King Philip’s War, which will be the subject of the next Frontier Partisans Podcast series later in the fall. Charles Spencer recounted the legend of the Angel of Hadley in his excellent book Killers of the King: The Men Who Dared to Execute Charles I. (The 9th Earl Spencer is an insider: His sister, whom you may remember as Diana Spencer, aka Princess Di, was once married to the man who will soon be crowned Charles III). At any rate, Charles is a noted writer of narrative history, and here’s his Frontier Partisan tale:

Once the settlers were safe, the anonymous man slipped away: he sought no thanks, and was never seen again. This mystery figure became known as ‘the Angel of Hadley’. It was only when John Russell died in 1692 that it became common knowledge that the two regicides had lived in Hadley. After this, the ‘angel‘ was quickly assumed to be the old New Model Army hero, Major General William Goffe. He was said to have brought to to bear his military know-how for the salvation of a community that had been largely ignorant of his presence in their midst. After years of living in secret, he had come into the open to offer his fighting skills to the beleaguered settlement.

I love that cover, and I may have to just go ahead and add this to the towering ramparts of the TBR pile, because of its relevance to the next podcast series. How’s THAT for a rationalization…

Previous Post: « Working The Trapline — Blue Cowboys, White Cossacks & Essex Dogs
Next Post: ‘The Last Of The Mohicans’ At 30 »