“Damn peculiar things going on along this coast. But that’s always the way when civilized men come into the wilderness. They’re all crazy as hell.”
— Conan of Cimmeria

“What I want is impossible, as I’ve told you before; I want, in a word, the frontier — which is compassed in the phrase new land, open land, free land, swarming with game and laden with fresh forests and sweet cold streams.” 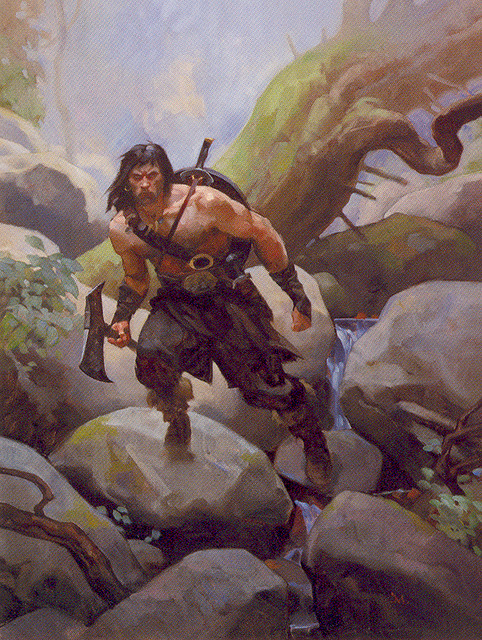 It has been some time since I last read Robert E. Howard’s The Black Stranger, so when The Eldritch Archives dropped a brand new audio reading on Tuesday, I figured, by Crom, this’ll be my drive-time yarn this week.

The Eldritch Archives is the keep of a young Australian lore master of the peculiar subgenre known as Folk Horror. His Youtube channel offers up several audiobook recordings of Robert E. Howard stories. The Black Stranger is his first Conan story, and he does it justice. 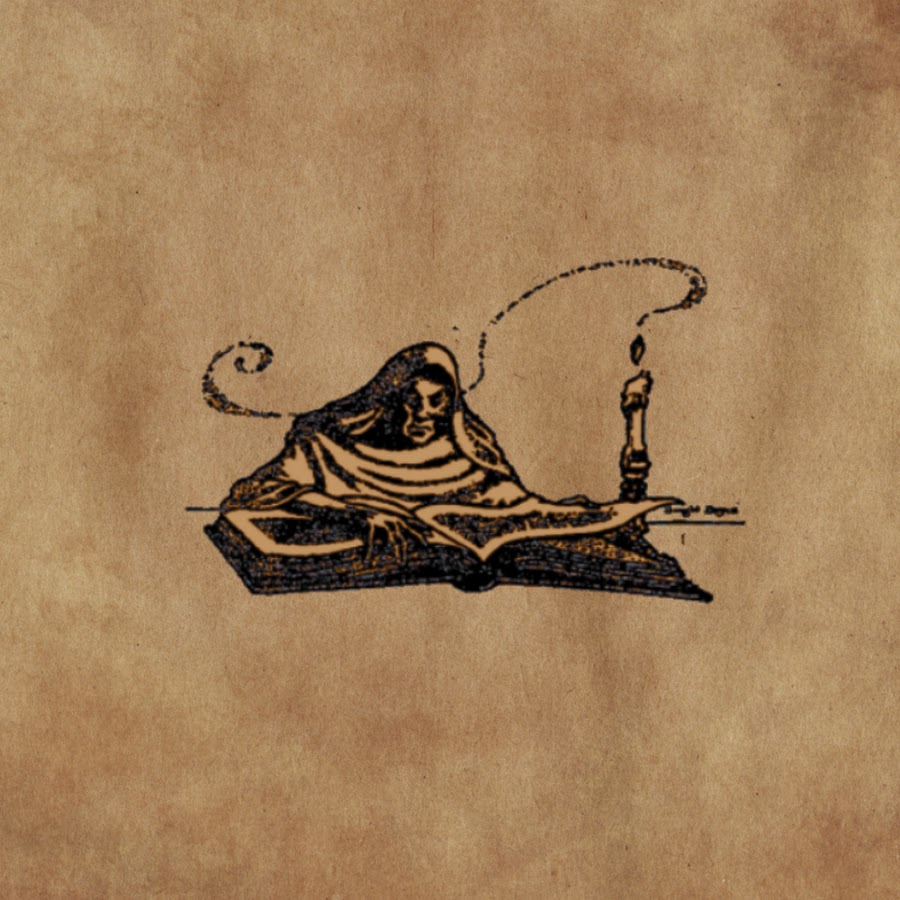 The Black Stranger is one of a handful of Conan-on-the Frontier tales that Howard wrote toward the end of his short life, which ended in suicide at the age of 30 in 1936. The novella-length tale was not published in his lifetime. It was bastardized as The Treasure of Tranicos in the the 1960s/70s Lancer/Ace paperback Conan the Usurper, with several changes designed to fit it into a larger story arc for the Cimmerian. It was restored to its original form and given prestige publication in the University of Nebraska Press edition The Black Stranger and Other American Tales.

It opens with Conan on the run through the wilderness, pursued by angry, vengeful Picts. Think John Colter fleeing from the Blackfoot or  Captain Samuel Brady leaping over the Cuyahoga River to escape pursuing Seneca. The latter event is perhaps most on-point, for Howard plundered the Iroquoian frontier for place names for his Pictish Wilderness yarns (clearly inspired by the New York Frontier tales of Robert W. Chambers and possibly Joseph A. Altsheler).

The novels in Chambers’ “Cardigan” series such as The Little Red Foot and America—books owned by Howard—are set during the American Revolution. Howard scholar, Rusty Burke, collated the texts of the three Cardigan novels owned by REH. He concluded that they were the source of nearly all the place-names found in Howard’s Hyborian Age tale, “Wolves Beyond the Border.” The political situation in the tale also echoes that found in the Cardigan novels. Some of the place-names used in WBtB were then carried over to the classic Conan yarn, “Beyond the Black River.” Basically, Chambers provided inspiration and a partial template for Howard’s “Pictish frontier” tales.

ONE moment the glade lay empty; the next, a man stood poised warily at the edge of the bushes. There had been no sound to warn the grey squirrels of his coming. But the gay-hued birds that flitted about in the sunshine of the open space took fright at his sudden appearance and rose in a clamoring cloud. The man scowled and glanced quickly back the way he had come, as if fearing their flight had betrayed his position to some one unseen. Then he stalked across the glade, placing his feet with care. For all his massive, muscular build he moved with the supple certitude of a panther.

He was naked except for a rag twisted about his loins, and his limbs were criss-crossed with scratches from briars, and caked with dried mud. A brown- crusted bandage was knotted about his thickly-muscled left arm. Under his matted black mane his face was drawn and gaunt, and his eyes burned like the eyes of a wounded panther. He limped slightly as he followed the dim path that led across the open space.

Halfway across the glade he stopped short and whirled, catlike, facing back the way he had come, as a long-drawn call quavered out across the forest. To another man it would have seemed merely the howl of a wolf. But this man knew it was no wolf. He was a Cimmerian and understood the voices of the wilderness as a city-bred man understands the voices of his friends.

Rage burned redly in his bloodshot eyes as he turned once more and hurried along the path, which, as it left the glade, ran along the edge of a dense thicket that rose in a solid clump of greenery among the trees and bushes. A massive log, deeply embedded in the grassy earth, paralleled the fringe of the thicket, lying between it and the path. When the Cimmerian saw this log he halted and looked back across the glade. To the average eye there were no signs to show that he had passed; but there was evidence visible to his wilderness-sharpened eyes, and therefore to the equally keen eyes of those who pursued him. He snarled silently, the red rage growing in his eyes—the berserk fury of a hunted beast which is ready to turn at bay.

Conan as The Naked Prey. 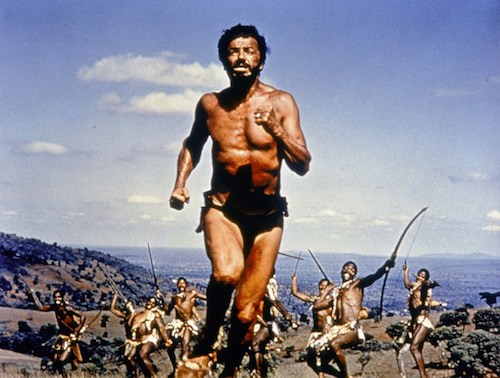 The Cimmerian manages to elude pursuit, and makes it all the way to the western shores of the Pictish Wilderness — where an exiled nobleman has built an enclave. I shall synopsize no more. You must hearken to the tale…

Crom! I had forgotten how I love this yarn. While the Cimmerian  is in his full glory as a Frontier Partisan warrior, his cunning is his great weapon. This is not the muscle-bound Conan of pop-culture stereotype — this is REH’s 100-proof bastard, Conan the Manipulator, playing a pair of roguish pirates like Billy Strings shredding the fretboard of his Thompson Guitar.

Frontier Partisan Conan is Richard Slotkin’s The Man Who Knows Indians cranked up past 11. For Conan is no less a barbarian than the Picts he fights against. And Conan is no agent of civilization; he knows it well enough to cast a jaded eye and a sardonic wit upon it.

Now, Conan ostensibly hates the Picts — the Picts and his Cimmerians are locked in a “feud older than the world,” after all — but it’s clear that, despite racial animus, he has a deep knowledge of their culture and a respect for their prowess. And he so little loves civilization that he’s only fighting for it circumstantially. He’s on his own hook.

He does, however, have a rough code of chivalry — the masculine urge to protect — that won’t allow him to simply jump a palisade wall and fade into the forest when everything goes to shit. There are young women whom he won’t abandon. 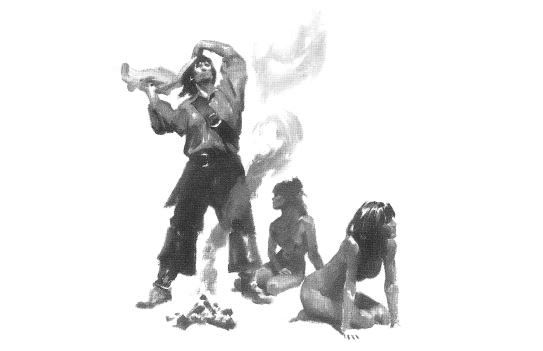 Part of what makes Howard’s Hyborian Age frontier yarns so compelling is that they subvert the triumphalist narrative of the Winning of the West. Survival is the only victory to be found on the Pictish Frontier, and we know from his essay The Hyborian Age that, not only will the wilderness never be conquered, its denizens will ultimately overwhelm the Hyborian Kingdoms.

This was a kind of dark wish-fulfillment for Howard, who despised modernity and longed for an impossible frontier world of untrammeled land and ultimate freedom. As do all Frontier Partisans of all ages, from the Hyborian Age to today’s Age of the Empire of Nothing.

• The Black Stranger was rewritten as a straight historical pirate yarn featuring Black Vulmea, Swords of the Red Brotherhood. It didn’t sell, either. At DMR Books, Keith Taylor opines:

I admit to liking the Vulmea version better.  For one thing, Vulmea performs a physical feat that outdoes even Conan!  In “The Black Stranger,” Conan merely crosses the Pictish Wilderness to the Western Ocean in time to interfere in a squabble between two other pirate captains – but in “Swords of the Red Brotherhood,” Terence Vulmea, after being shipwrecked at the mouth of the Rio Grande, crosses the entire North American continent in three years, to the coast of California (apparently).  Of course he doesn’t do this completely without help; he lives with a few Native American tribes on the way.  Nevertheless, that would have meant crossing Texas for a start, the Mogollons and the Sierra Nevada later, and possibly being the first European to see the Grand Canyon for an extra.

• Greg Manchess was the perfect artist to illustrate the Del Rey edition of the Conan tales that includes The Black Stranger. He was once commissioned to paint the story of The Whydah Galleon for National Geographic. By Crom, his Sam Bellamy could be the reincarnation of a certain Cimmerian, or perhaps a pirate named Terence Vulmea… 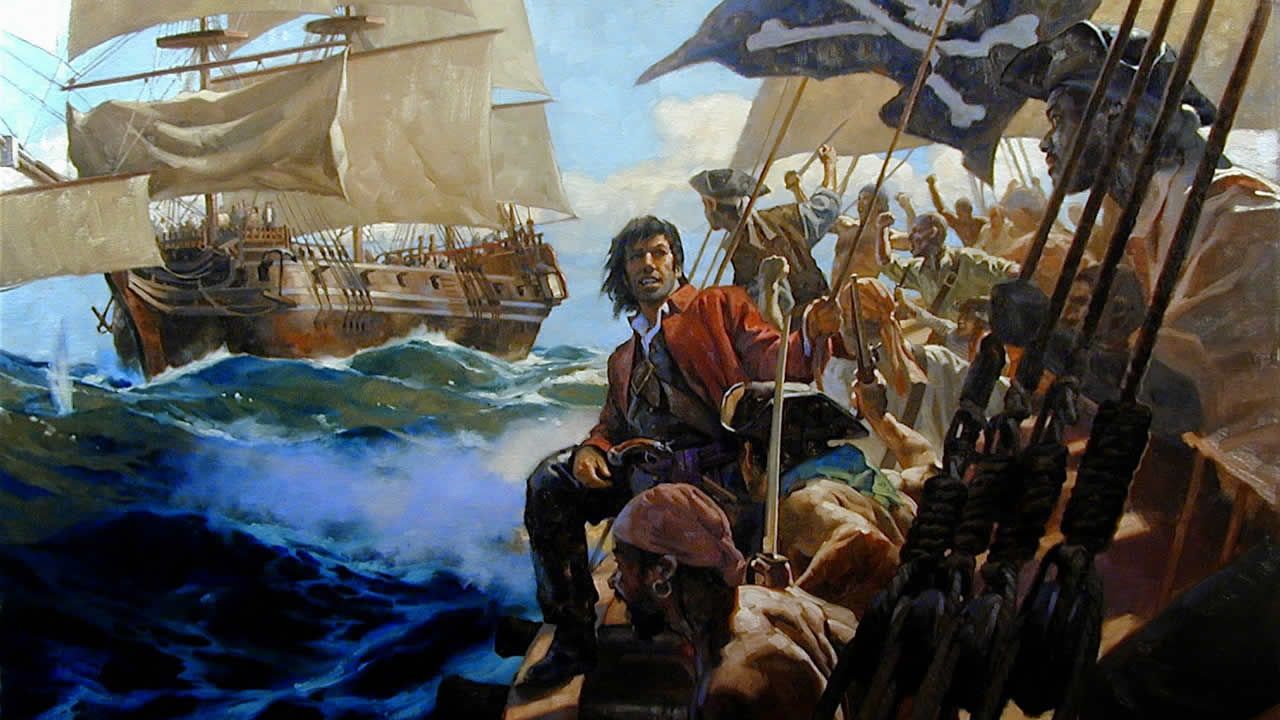 • I look forward to listening to The Eldtrich Archives’ reading of John Buchan’s early weird tale No-Man’s Land. Buchan is best known for his World War I-era Richard Hannay thrillers The 39 Steps and Greenmantle. (Hannay is a Frontier Partisan — he worked as a mining engineer in Rhodesia). No-Man’s Land is folk horror. From The John Buchan Society:

The narrator is a young Oxford Fellow in Celtic Studies who during a fishing and walking holiday stumbles on a small tribe of Picts. They have survived for millennia in Galloway caves and at once thrill him with the excitement of his discovery and terrify him with their cruelty and lust to kill. He escapes, but despite the risk returns, and is again taken prisoner. He is saved by a storm and landslide, and the tale ends with an unexpected twist which leaves the reader wondering what in the story is reality and what is illusion.