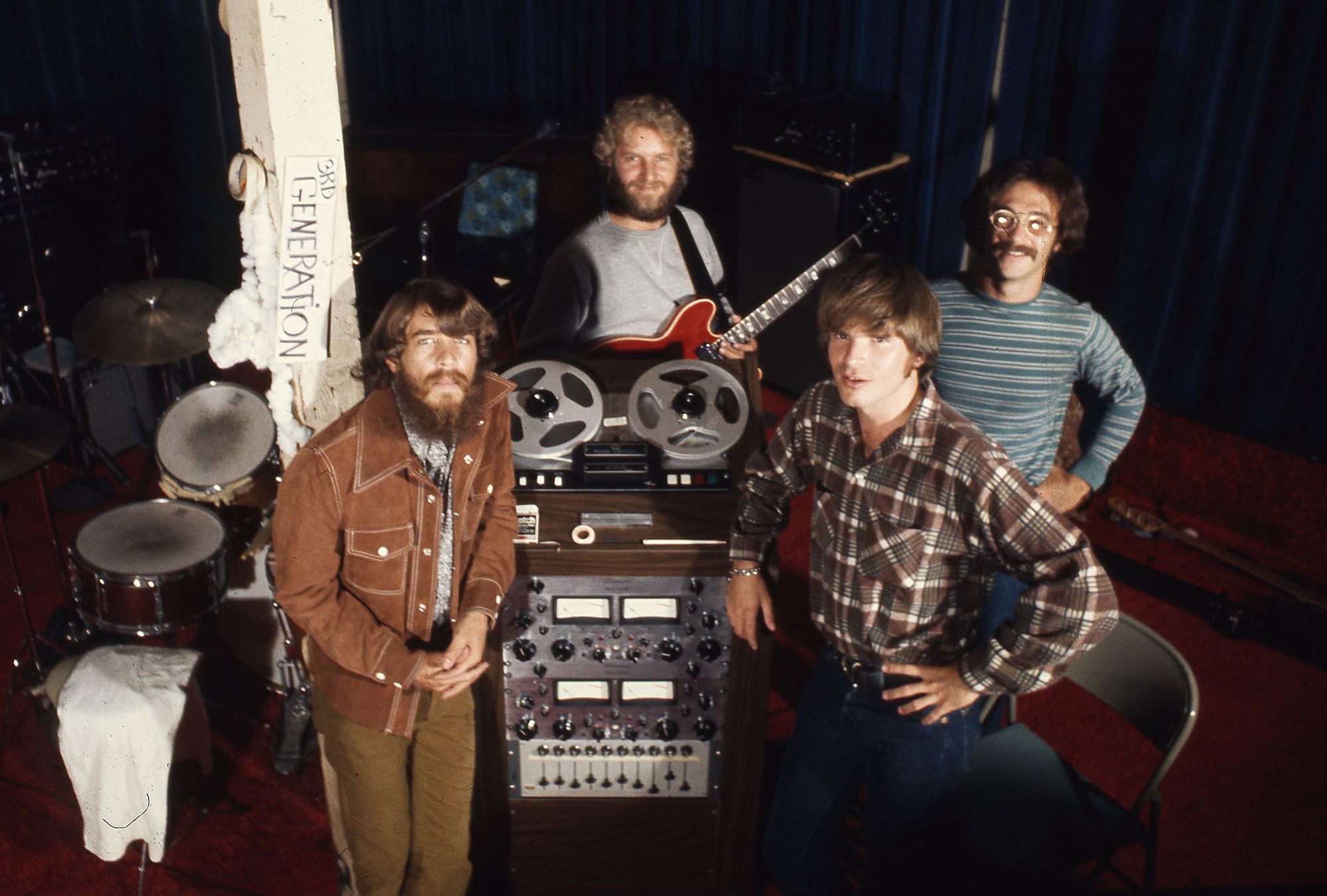 A folkloric America materialized out of the dark miasma of social conflict in the late 1960s — an America that was born on the bayou and hung out down on the corner, or rolled down the river on a riverboat queen — a place where a kid knew no greater pleasure than picking up a flat rock and skipping it across Green River. That America flowed from the pen and shouted from the guitar and vocals of one John Fogerty, backed by his brother Tom and a couple of friends from the working class neighborhoods at the northeast end of the San Francisco Bay.

John Fogerty’s America was a glorious place, still a frontier of forest, swamp and field — but also menaced by a bad moon on the rise, and a rain that no one knew how to stop.

For a couple of incandescent years, Creedence Clearwater Revival barnstormed the country — and jumped the pond to the UK — with a packful of some of the finest songs ever flung to the stars. Nobody was bigger, nobody better. Craig Rullman sent up a smoke signal, alerting me to a new Netflix film documenting Creedence Clearwater Revival’s stand at the Royal Albert Hall. Narrated by Jeff Bridges. Waugh!