It’s getting weird out there, amigos…Synchronicity strikes often in these parts, and it’s usually a cool thing. Gotta wonder what’s up though when you keep cutting the sign of a family of serial killers on the American frontier. Must be the spooky season. First, I get wind of a new novel by a Norwegian tale-spinner of the uncanny. 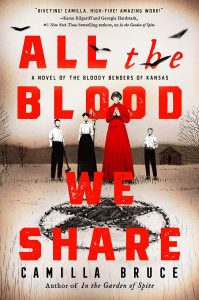 A sinister novel based on the real Bloody Benders, a family of serial killers in the old West bound by butchery and obscured by the shadows of American history.
The winds shift nervously on the Kansas plain whispering of travelers lost and buried, whispering of witches. Something dark and twisted has taken root at the Bender Inn.

At first the townspeople of Cherryvale welcome the rising medium Kate Bender and her family. Kate’s messages from the Beyond give their tedious dreams hope and her mother’s potions cure their little ills—for a price. No one knows about their other business, the shortcut to a better life. And why shouldn’t their family prosper? They’re careful. It’s only from those who are marked, those who travel alone and can easily disappear, that the Benders demand their pound of flesh.

But even a gifted seer like Kate can make a misstep. Now as the secrets festering beneath the soil of the family orchard threaten to bring them all to ruin, the Benders must sharpen their craft—or vanish themselves. 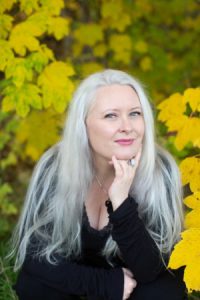 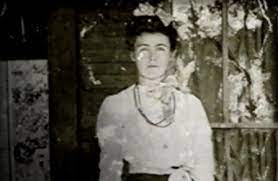 OK, frontier-related books pop up all the time on my social feeds because the algorithm is a skilled tracker that not only knows where I’ve been, but where I’m likely to go. That doesn’t explain why I walk into Paulina Springs Books and find this staring me right in the face. 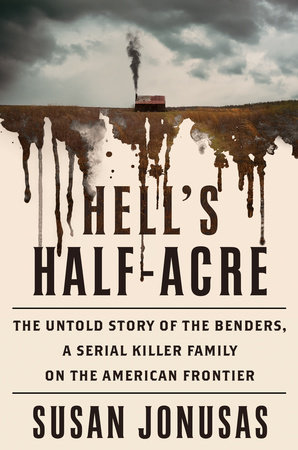 In 1873 the people of Labette County, Kansas made a grisly discovery. Buried by a trailside cabin beneath an orchard of young apple trees were the remains of countless bodies. Below the cabin itself was a cellar stained with blood. The Benders, the family of four who once resided on the property were nowhere to be found. The discovery sent the local community and national newspapers into a frenzy that continued for decades, sparking an epic manhunt for the Benders.

The idea that a family of seemingly respectable homesteaders—one among the thousands relocating farther west in search of land and opportunity after the Civil War—were capable of operating “a human slaughter pen” appalled and fascinated the nation. But who the Benders really were, why they committed such a vicious killing spree and whether justice ever caught up to them is a mystery that remains unsolved to this day. Set against the backdrop of postbellum America, Hell’s Half-Acre explores the environment capable of allowing such horrors to take place. Drawing on extensive original archival material, Susan Jonusas introduces us to a fascinating cast of characters, many of whom have been previously missing from the story. Among them are the families of the victims, the hapless detectives who lost the trail, and the fugitives that helped the murderers escape.

Hell’s Half-Acre is a journey into the turbulent heart of nineteenth century America, a place where modernity stalks across the landscape, violently displacing existing populations and building new ones. It is a world where folklore can quickly become fact and an entire family of criminals can slip through a community’s fingers, only to reappear in the most unexpected of places.

Is the Muse demanding that I put the Benders on the shelf next to The Black Donnellys?

Must say, I find myself rather charmed by Ms. Jonusas:

Susan Jonusas is a historian specialising in crime and culture in the 19th and 20th Century. After studying Modern History and English Literature at the University of St Andrews, she completed a masters in the History of Science, Technology and Medicine at Kings College London. She was a bookseller, but now spends her free time on the archery range. 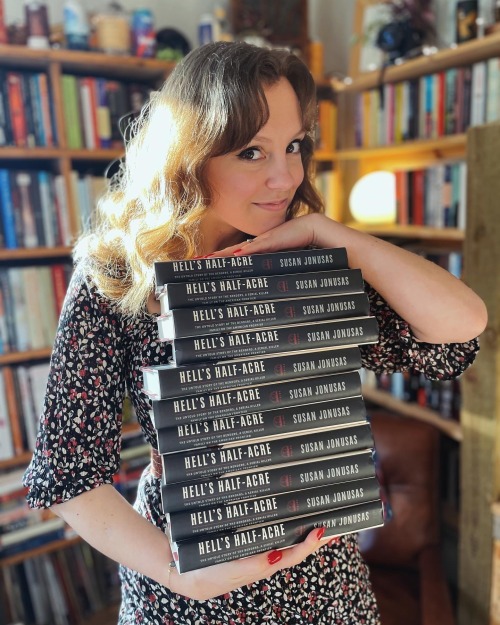 Her next one is on the legendary stripper (and gangster associate) Candy Barr. 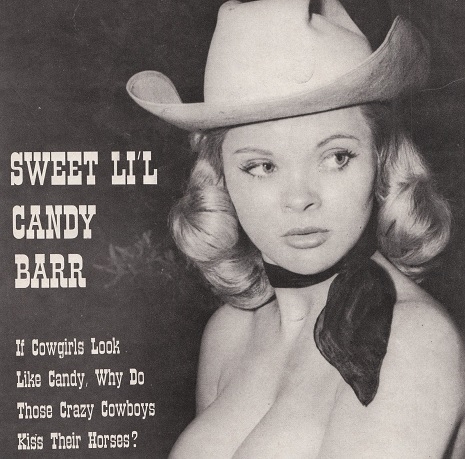 I actually find this next bit more disquieting than being stalked by the ghosts of a frontier family of serial killers. Apparently, somebody thought it was a good idea to “reimagine” Butch and Sundance.

The Bridgerton alum and Top Gun: Maverick grad are poised to star in an untitled reimagining of Butch and Sundance for Amazon. The straight-to-series drama, which landed at Amazon following a competitive situation with both Disney+ and Peacock bidding, will be exec produced by Joe and Anthony Russo’s AGBO. Cousins Kaz and Ryan Firpo (The Eternals) will pen the scripts for the series, which is envisioned as a larger franchise with multiple series and spinoffs.

Details are slim, and all parties involved declined to comment as deals have yet to close, but sources say the untitled Butch and Sundance series will take place in an alternate America akin to Apple’s For All Mankind and Amazon’s former Man in the High Castle.

I get real nervous when Hollywood types start throwing around the term “reimagining.” Cuz it usually means, “let’s take an iconic literary/cultural/historical figure and render him or her completely unrecognizable so that we can benefit from name-recognition and then do whatever the fuck we want while pissing from a great height on the original material.” Butch Cassidy and the Sundance Kid deserves better than THAT treatment.