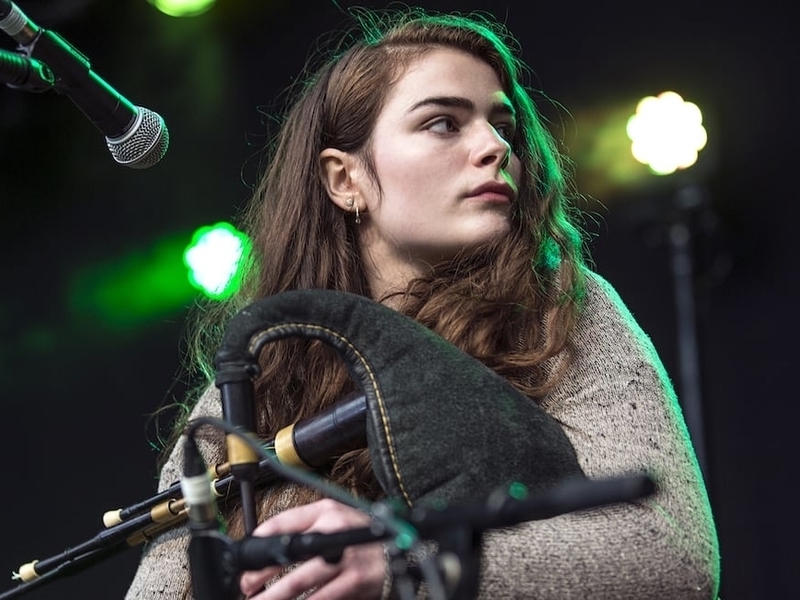 Apparently I can survive not breathing for nine minutes. That’s how long I had my breath taken away by a new discovery, courtesy of Macdonald Armouries of Scotland. Brìghde Chaimbeul is a prodigy of the small pipes, and the sound she makes reaches right into my soul and sends me off on a trance-induced trek to Fennario.*

A native Gaelic speaker from the Isle of Skye her style is rooted in her native language and culture but takes inspiration from a variety of global traditions. 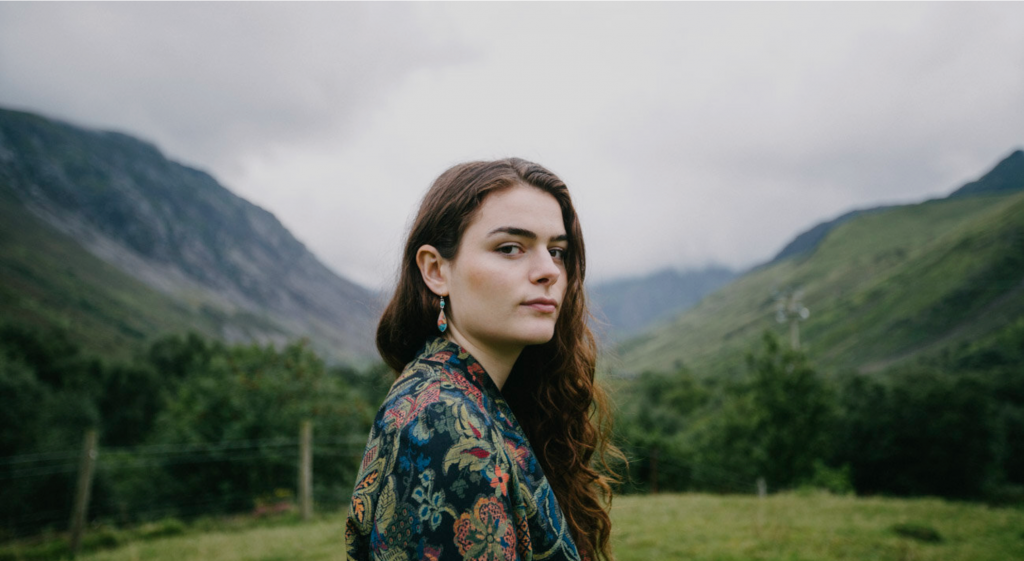 Brighde plays the Scottish smallpipes, a bellows-powered set of bagpipes with a double-note drone. She has devised a completely unique way of arranging for pipe music that emphasises the rich textural drones of the instrument; the constancy of sound that creates a trance-like atmosphere. In 2021 Brighde performed on the smallpipes to world leaders and listeners across the globe, as the musician of the opening ceremony of COP 26.

Her 2019 debut album, The Reeling, produced by Lau’s Aidan O’Rourke, won her major media plaudits and five-star reviews for its fresh reading of traditional gaelic tunes and outward looking assimilation of influences, played with and enticing virtuosic liquidity.

Playing pipes by renowned maker Fin Moore she has been a trailblazer in the rise and popular revival of the sound of C pipes.

*I have taken to calling my personal mythic frontier territory Fennario as defined by songwriter Robert Hunter: “…a peculiar place where Appalachia met immigrant Scottish, English, Welsh and Irish folk traditions, to my mind the mythic territory of Fennario, where Sweet William courted Pretty Peggy-O with such romantically disastrous consequences.”

My Fennario is out there beyond the snowy peaks of Sheba’s Breasts, where the treasure of King Solomon’s Mines awaits; it finds us trekking through the haunted forests of Knysna or riding down the Devil’s Backbone in the company of spectral Confederate cavalry and a the ghost of a Lipan Apache hunter. It is a realm inhabited by Dire Wolves, Puckwudgies, and Wendigo.

And now I know a small pipe player that can transport me there in an instant.

Previous Post: « LA Noir — A Tangled Web Of Villainy
Next Post: Working The Trapline — Call Of The Wild »