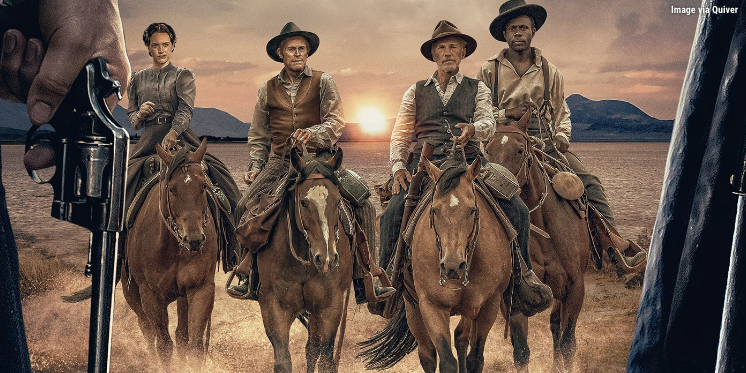 Walter Hill is as Frontier Partisan as they come. He is of the same tribe as John Milius, who wrote Geronimo: An American Legend, which Hill directed. Sam Elliott’s assessment of Milius holds for Hill, too:

(Just to be clear — writing for men does not preclude women enjoying the work. Exhibit A: Lady Marilyn. She tends to enjoy things that are “written for men.” Because she’s a woman who likes men).

Anyway… Walter Hill. He’s plundering The Professionals for the plot of a new Western that will ride onto the screen September 30. From Collider:

Dead For A Dollar takes place in 1897 and follows the story of Max Borlund, played by Christoph Waltz, a storied bounty hunter that finds himself heading far past the Mexico border. He has been hired to track down Rachel Kidd (Rachel Brosnahan), the kidnapped wife of a wealthy businessman, who has been abducted by Buffalo Soldier Elijah Jones (Brandon Scott). He discovers during the journey south that the woman and her alleged captor are actually lovers who fled from her abusive husband. Along the way, he comes across part-time outlaw and full-time gambler Joe Cribbens, (Willem Dafoe), who is Borlund’s sworn enemy after the bounty hunter sent Cribbens to jail years ago. How their meeting will play into his journey to find Rachel is still unknown.