While I admire the engraver’s art and can appreciate the wow factor on a custom-engraved firearm, it’s really just art appreciation. I can never really picture myself wielding an art gun. I tend to gravitate toward the plain and simple, especially in rifles. But I could go for this. Oh, yes, I could… 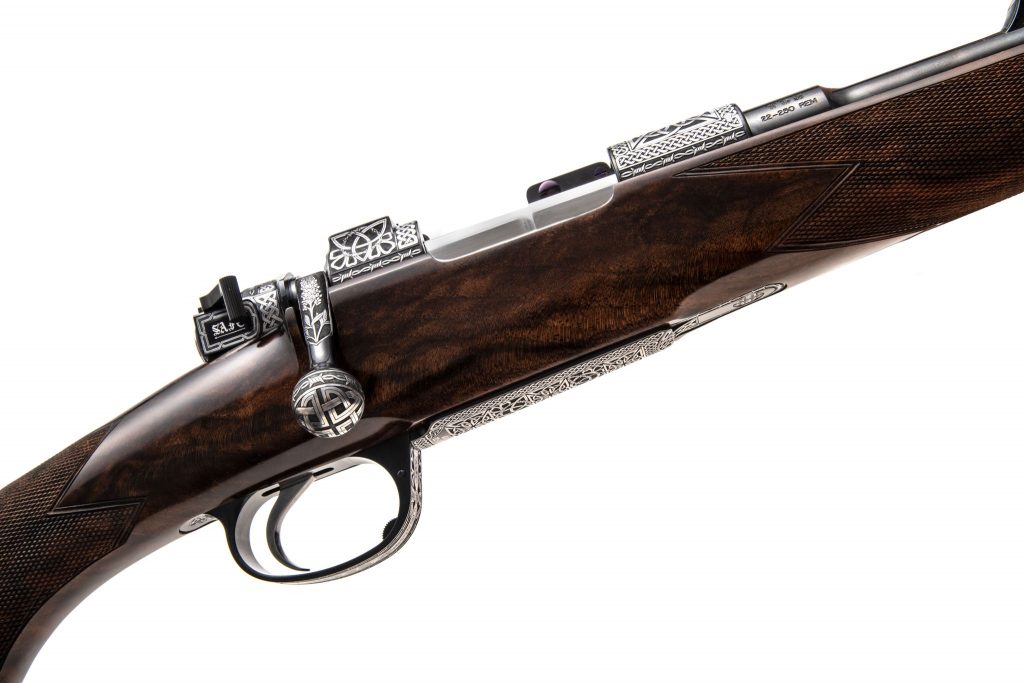 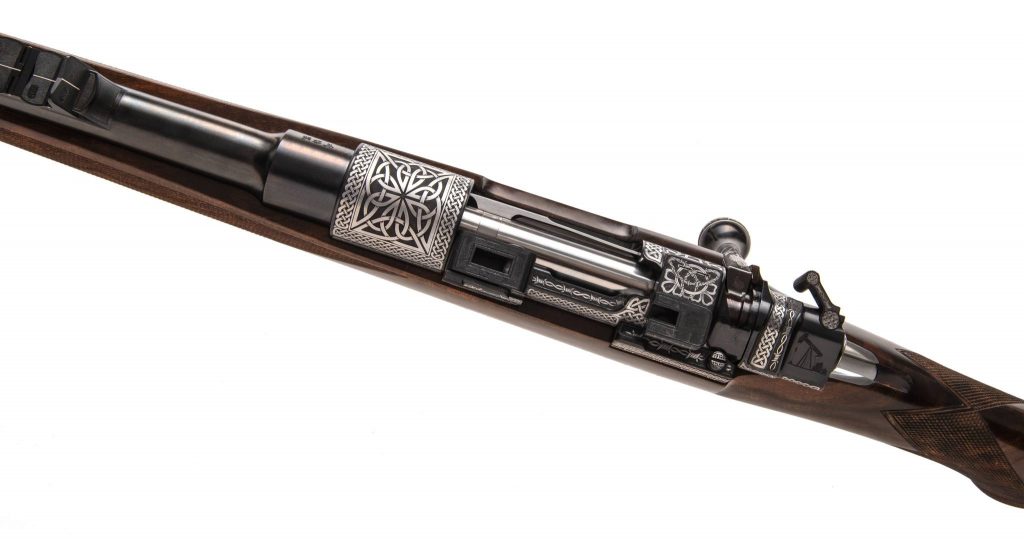 Rigby, of course. An addition to the battery of a Texan (presumably of Celtic descent, and presumably an oil man). Crom!

My friend, ace photographer Cody Rheault, shot what has to be either my next author photo or an album cover: 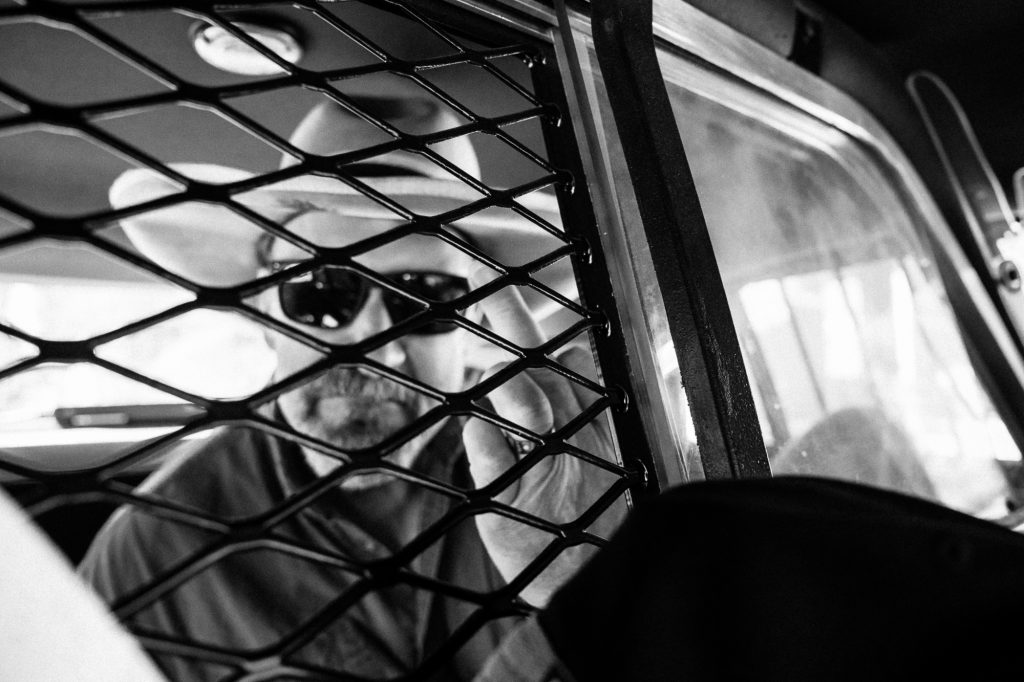 Why is our Frontier Partisans correspondent in the back of a patrol car? Glad you asked. We were given a lift by the Black Butte Ranch Chief of Police Jason Van Meter to a presentation of a Quilt of Valor to a local Sisters man named Bob Grooney, a 93-year-old U.S. Marine veteran who fought on Iwo Jima in 1945 at the age of 16. The Chief is himself a Marine combat veteran, which contributed to the depth of meaning in the event. Marines take their history seriously, and an Iwo Jima veteran is somebody.

It was a fine thing, and I asked Cody to shoot it because he has made a special career focus on telling veterans’ stories. Speaking of telling stories, Craig Rullman, also a Marine veteran, wrote about a special interaction with Grooney at The Bunkhouse Chronicles. Read it here.

Cody thought it was the height of good fun taking pictures of his editor in the back of a squad car. Tell you this: A guy my size does NOT fit well. Guess I oughta avoid arrest… 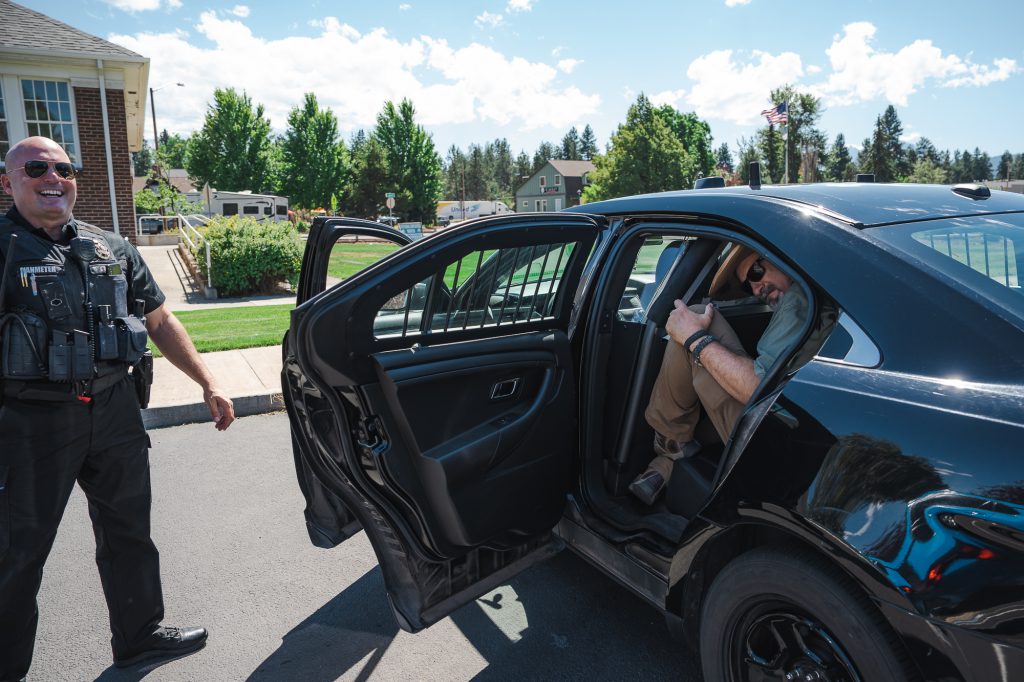 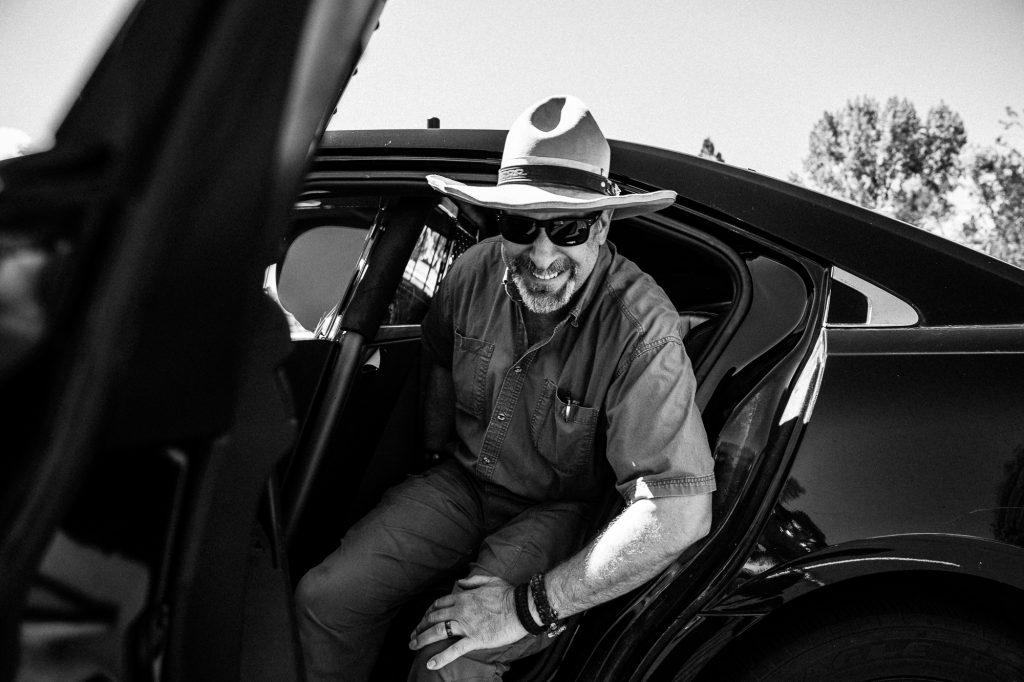 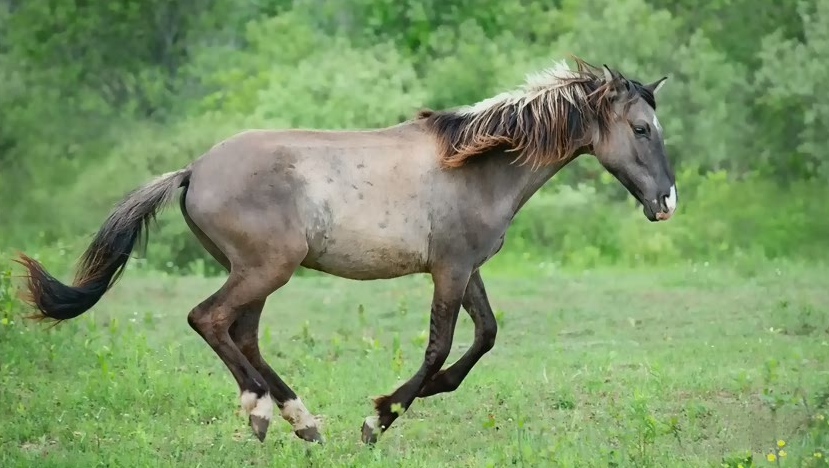 Barry McKnight scouted up a story about Ojibwe horses. I had never heard of Ojibwe horses before and this is wonderful:

Em Loerzel grew up hearing stories about the Ojibwe horse from her uncle, about small ponies that would roam free near Ojibwe communities tucked among the forests and lakes along the Minnesota-Canada border, and help with tasks such as hauling wood and trap lines.

“I think when people think about Native people and their horses, they think of Lakota people or southwest people, but he would tell me, don’t forget that we are horse people too,” said Loerzel, a descendant of the White Earth Nation.

Loerzel has taken that teaching to heart. Earlier this year, the 28-year-old graduate student in social welfare at the University of Washington raised money to rescue six of the horses from a Canada rancher who could no longer afford to keep them.

She brought them to a farm owned by a friend outside River Falls, where Loerzel moved last year with her husband. And she started a nonprofit called The Humble Horse, to raise awareness about the breed–which is also known as the Lac La Croix pony, and to help revive it. Only about 180 Ojibwe horses remain, mostly in Canada.

A fine soul who goes by the handle of Half Step uploaded the audio from both nights of Billy Strings’s stand at McMenamins Edgefield, which means I can retrace that musical adventure at work. Which is pretty cool.