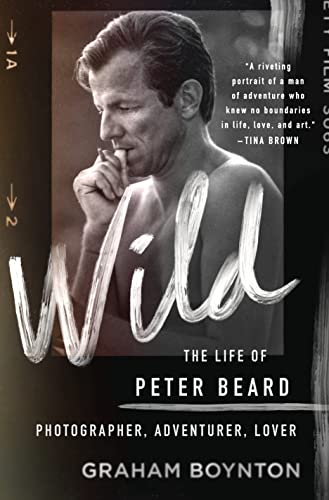 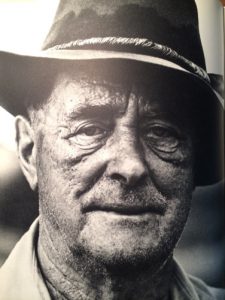 One has to assume that a biography of the mad, bad and dangerous to know Peter Beard will be a helluva good read. His book, The End of the Game, is of huge importance to me. He was a friend of Karen Blixen, took the classic photograph of the weather-beaten face of a trail-worn J.A. Hunter, and chronicled the end of an era in East Africa.

Graham Boynton’s Wild is the definitive biography of photographer Peter Beard, a larger-than-life icon who pushed the boundaries of art and scandalized international high society with his high-profile affairs.

He was the original 20th century “enfant terrible” with the looks of a Greek god who blazed like a comet across the worlds of art, photography, and fame. The scion of several old WASP fortunes, he was by instinct an adventurer, and the more dangerous the escapade, the better: whether he was hunting big game in Africa, ingesting epic quantities of drugs, or pursuing the most beautiful women in the world. Among his friends were Jackie Onassis, Andy Warhol, and Francis Bacon. When Peter Beard died in 2020 after mysteriously disappearing from his Montauk home, he remained an enigma to even his closest friends.

Journalist and author Graham Boynton was a friend for more than 30 years, spending time with Beard at his bush camp in Africa, in London, and at his Long Island home. From hundreds of Boynton’s interviews with Beard’s closest friends, former lovers, and fellow artists comes this intimate portrait of a man Sir Mick Jagger called “a visionary.” 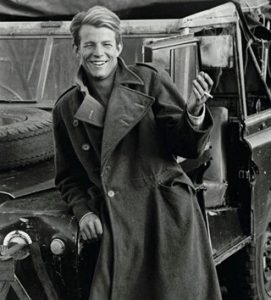 Wild drops in October. I’ll be on it. For all his wild escapades, for all his recklessness, Beard  had an unflinching insight into man’s fraught relationship with nature, and — like Charles Bowden or Edward Abbey — he recognized that we have shit in our own nest and that much that made the world beautiful, dangerous and profound has been irretrievably lost.

Beard understood the Frontiersman’s Paradox in his bones — the understanding that A.B. Guthrie articulated, that the men of the frontiers killed the life they loved with an unmatched, reckless prodigality. And, of course, Beard himself embodied reckless prodigality, with his savage appetite for dangerous adventure, sensation, and the carnal knowledge of beautiful women.

He also understood that it is the creeping of the concrete, the cancerous growth of civilization and the destruction of habitat that truly marks The End of the Game. Whatever else his legacy may be, the art of Peter Beard, the magic of his photographic collages, never lets us whistle past the elephant graveyard.

Speaking of October, we are just entering the season of which I am so fond… the autumn days and nights when Fennario seems close to hand. I stumbled upon a movie that I may just fire up some crisp fall evening — because I’ve never heard of a flick that features Redcaps.

You remember Robin Redcap, the vile goblin familiar of William de Soules, the nasty laird of the Herimtage Castle, the guardian of the bloodiest valley in Britain, right?

Well, here’s a flick that falls into the “Folk Horror” category, about…

“a couple who escape their urban nightmare to the tranquility of rural Ireland only to discover malevolent, murderous goblins lurking in the gnarled, ancient wood at the foot of their new garden.”

The director pitched it as:

You will recall that Straw Dogs was written and directed by Bloody Sam Peckinpah and it is one helluva unsettling film. So…

Speaking of “Folk Horror,” there’s a new doco that explores the whole weird genre, which sits quite well in the world of the Frontier Partisans, what with our Wendigo, Puckwudgies and the like. There are so many Folk Horror possibilities on the American frontier. Those great North American forests could be a terrifying place.

I have Lady Marilyn’s word that she’ll actually watch The Witch with me this fall. I’ve already been listening to the soundtrack at work.

Just spoke to a woman who encountered a wolf out in Camp Sherman, which is just up the road a piece to the west of us. There is a pair that has been identified there and it’s beginning to look like they may have taken up residence. I am envious. I reckon I need to get out there in the morning or evening hours this fall and see if I can spot ’em. Call of the wild.