I hied off down a sidetrail Saturday evening — one populated by hunters and fur traders, Civil War soldiers, Mexican partisans, a Norse god, a wizard and a spirit of forest, field and stream. It was a delightful journey.

It started, oddly enough, on Facebook. One of the frontier-related pages I follow — Just Frontier Trash, 1750-1790 — kicked up an interesting description from traveler Henry Rowe Schoolcraft of a hunter in the Ozarks wearing “a short, greasy buckskin frock and a pointed old hat.” 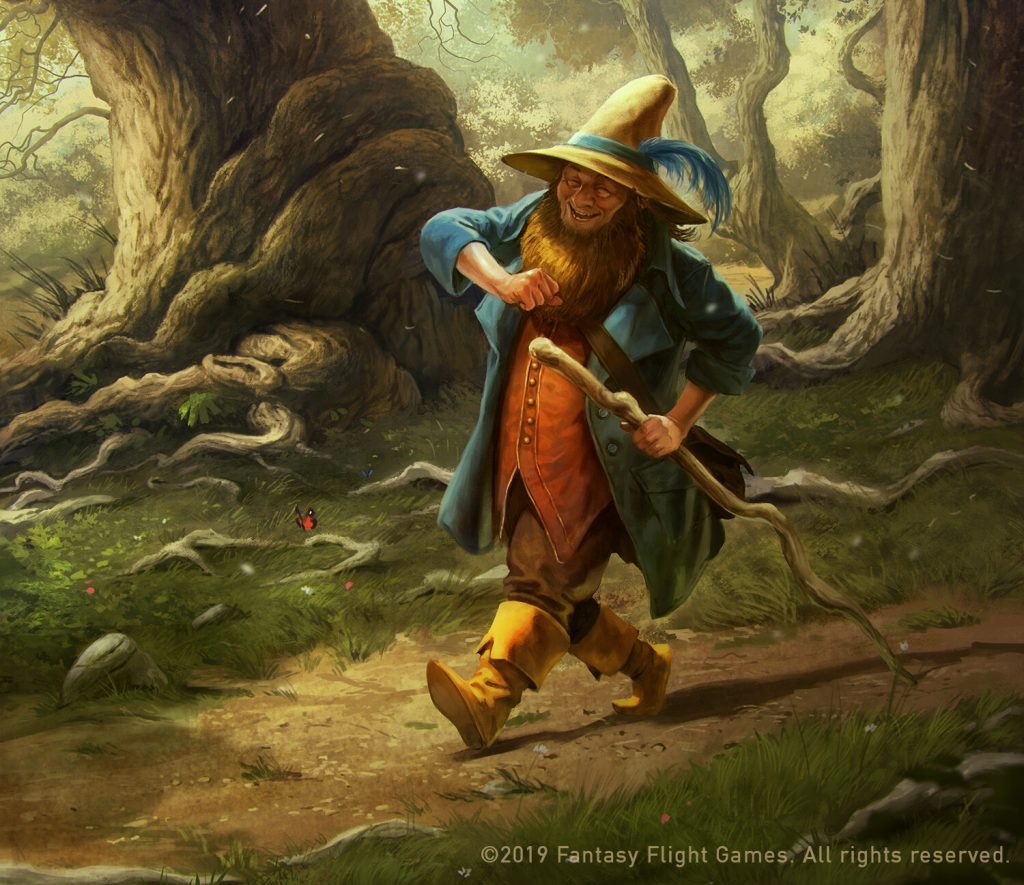 “There was another burst of song, and then suddenly, hopping and dancing along the path, there appeared above the reeds an old battered hat with a tall crown and a long blue feather stuck in the band. With another hop and a bound there came into view a man, or so it seemed.” 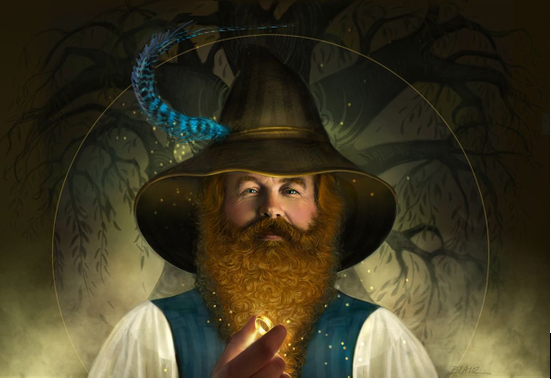 Tom Bombadil always gets left out of the adaptations of The Lord of the Rings. I love the sidetrail of the hobbits’ evening with Tom and his wife Goldberry, who is really the only woman (water nymph?) in LOTR that might be considered “sexy.” 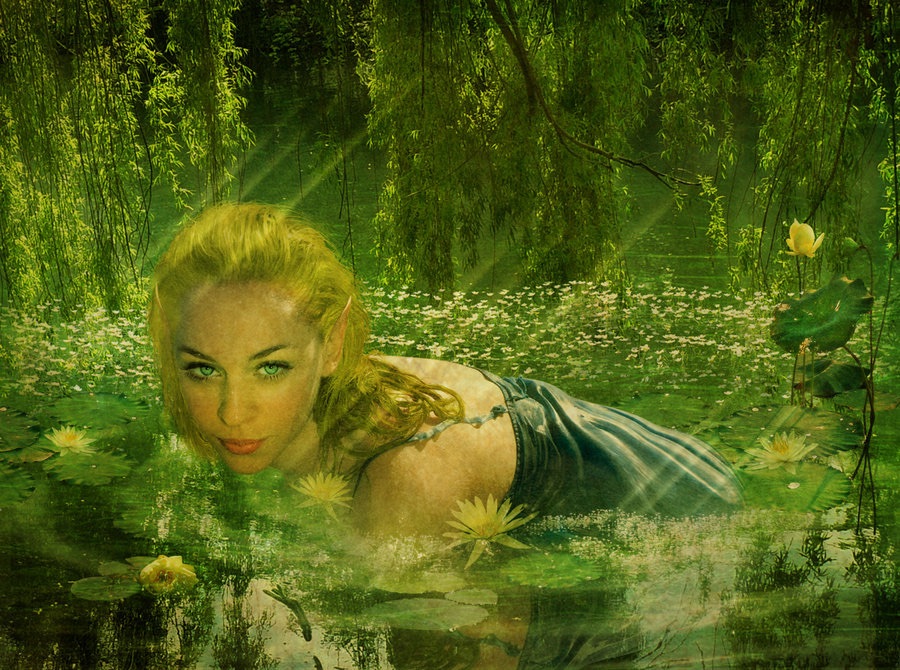 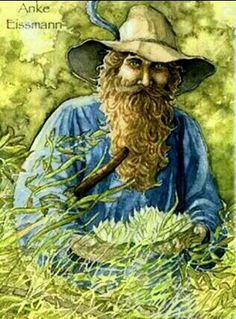 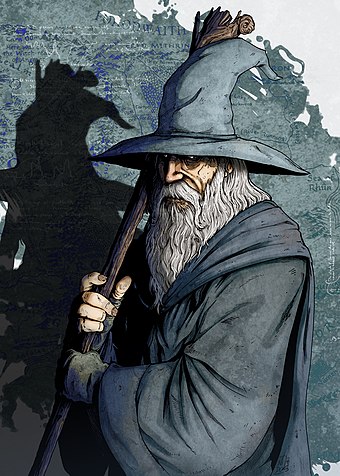 Such doings as Tom’s old, battered hat with a tall crown and Gandalf’s wide-brimmed wizard hat are not fanciful. The wide-brimmed, and round-to-pointy tall crown dates authentically to the early medieval period. Odin was depicted by the Norse as wearing a hood or a wide-brimmed hat, looking very much like You-Know-Who. 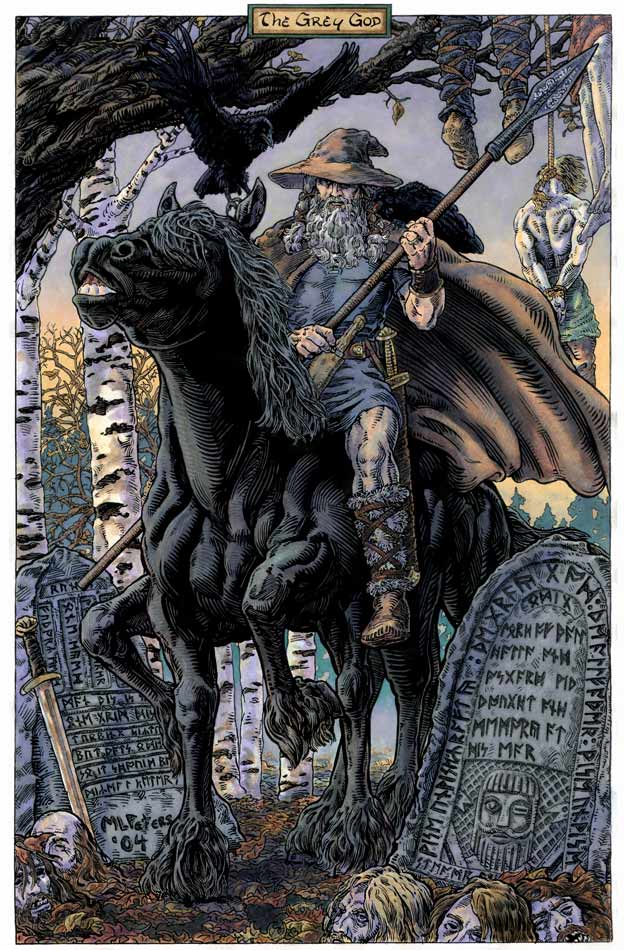 Tolkien’s tall hats are not anachronisms (we’ll leave the pipeweed for another day). There is a fine example of a medieval felt hat pulled well-preserved from a Swedish bog. It’s called the Lappvattnet hat and it dates back to the 14th Century, and it looks just the way I picture Tom Bombadil’s hat. 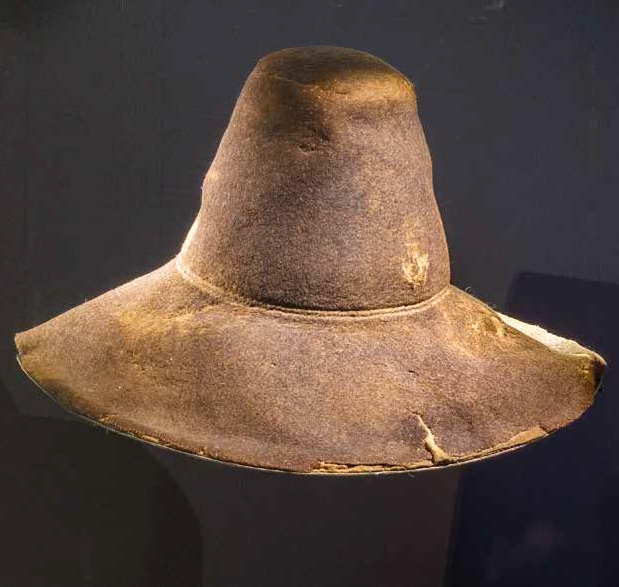 Made of sheep’s wool, it is a frontiersman’s headpiece. According to TheMedievalHunt.com:

The north part of the Scandinavian peninsula was at this time not part of any kingdom. Norway claimed some tax rights of the Sami people on the eastern sides. On the Baltic coast Swedish traders, so called birkarlar, where the only ones from Sweden allowed to trade with the Sami, a right they kept for a long time. Traders from Novgorod, the forerunners of the Russian empire, also came from the north to trade. The trade was almost exclusively with furs. Bisshunters (someone that hunts mainly for furs) and furtraders lived and traded here. The trade then moved over [to] Stockholm, as this was a stapletown which all trade in the region had to go through. In Stockholm foreign traders would buy the goods and transport it out to the customers in Europe and the world. The area of Lappvattnet also had trade with the Norwegians, getting English goods from the Norwegian ports. This paints us a picture of a harsh pioneer frontier, but with connections to modern cities and fashion for those of means. The hat probably belonged to either a bisshunter or a furtrader. The name “Lappvattnet” means “the Sami water” Lapp, being an older term now considered derogatory. That the hat was found here, might implicate that the owner was part of the furtrade in some way.

Yeah, I love that.

Continuity & Persistence see the “old pointed hat” crop up in the frontier Ozarks — and on Civil War battlefields. Here’s an example that was picked up on a battlefield in Arkansas and now resides with the Kansas Historical Society: 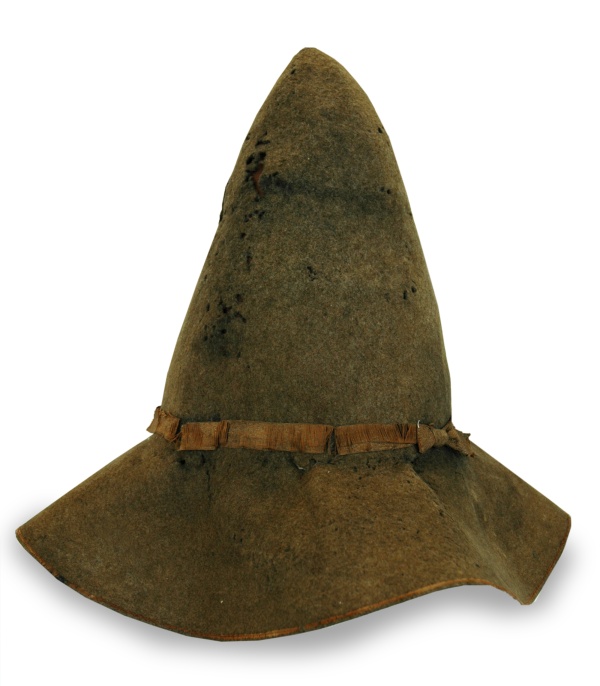 The Scarecrow in Wizard of Oz could have rocked that hat. 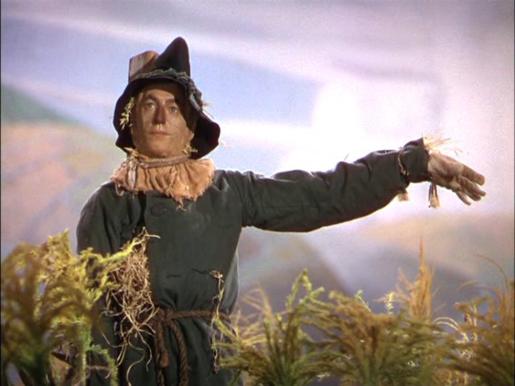 The Very Tall Crown was not uncommon in the era — witness this Yankee hat from a Michigan outfit: Many Mexican sombreros from the 18th to the 20th Century featured a Very Tall (And Pointy) Crown. 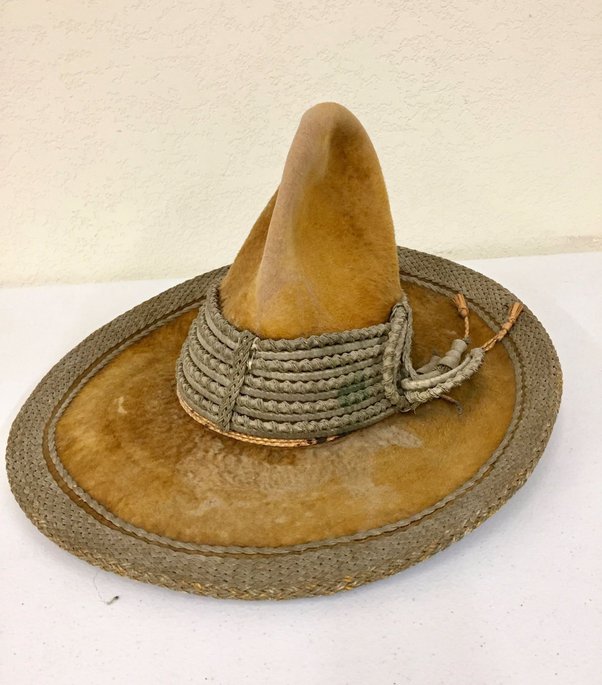 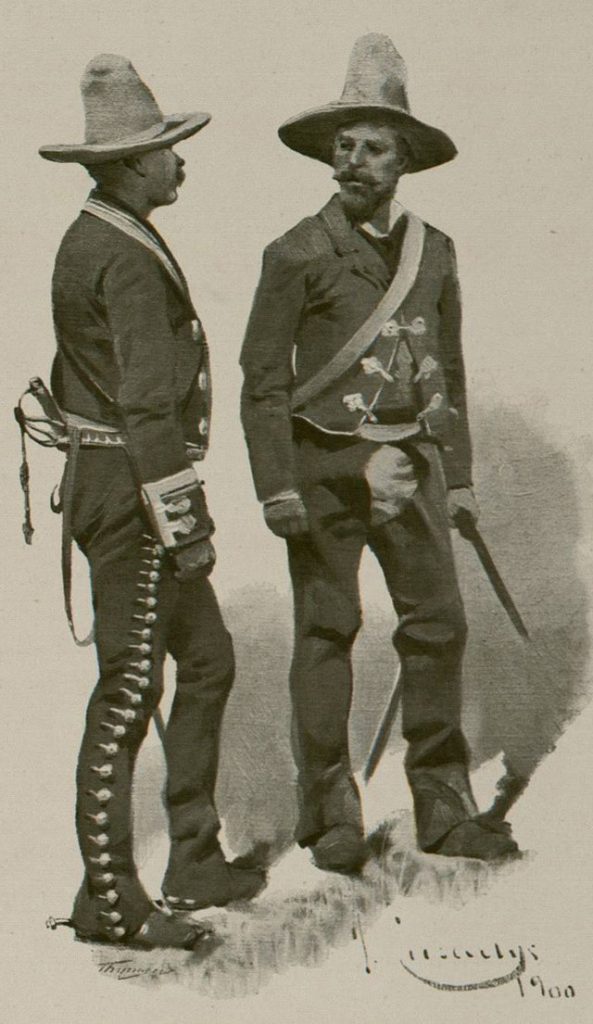 The military campaign hat that came into style at the turn of the 20th Century features what is often called a “Montana Peak” — where the crown is bashed on four sides and comes to either a pointed or rounded peak. The New Zealand Army of the Boer War/Great War era fully sent it with what they called a “Lemon Squeezer” version of the campaign hat — tall and very pointy. 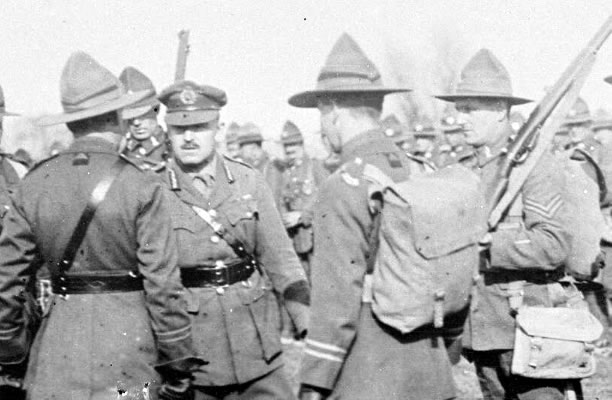 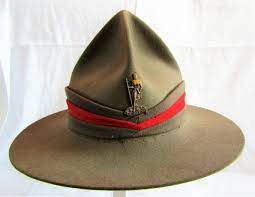 My own EDC hat is a modified Montana peak (bash on three sides) and the point on the modest crown is slightly rounded. 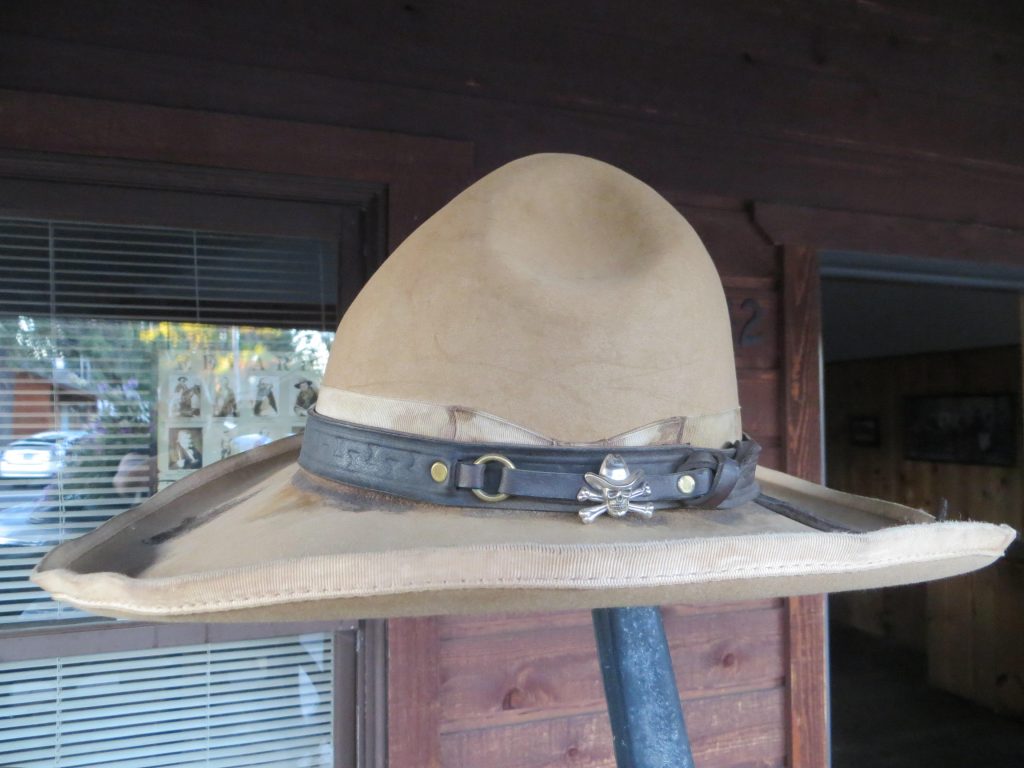 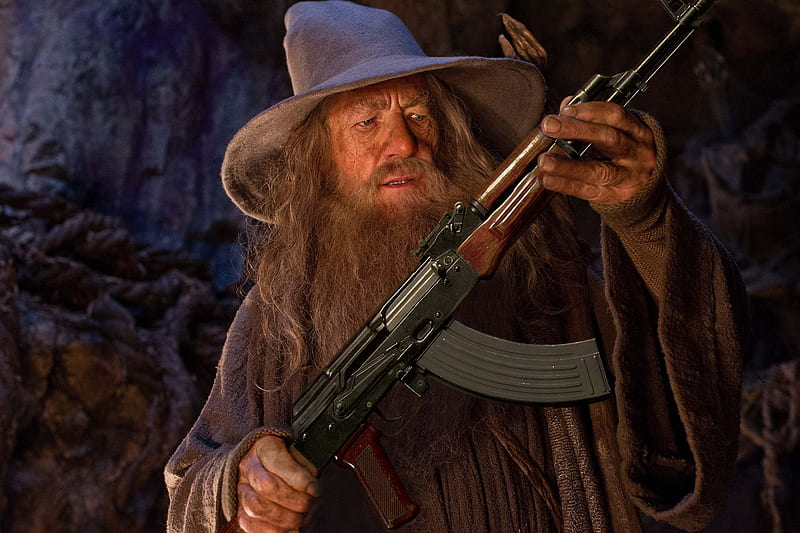