A friend of mine has a plot of land north of Sisters that he loves as deeply and profoundly as a person can love a place.

“I’ll never develop my land,” he told me. “It’s truly wild out there.”

This friend of mine is not what you’d picture if you were to commission a forensic sketch of an “environmentalist,” but his depth of ecological understanding and his love for land and landscape is unmatched. He’s what you might call a “green-neck,” a term I hadn’t heard for a while till I ran into it again in an essay by journalist James Pogue, writing on UnHerd.com.

UnHerd.com is a wonderful compendium of well-written commentary that — as the site’s handle suggests — is unified by its maverick leanings.

“The terms (green-neck and 4Runner environmentalist) denote a mix of cultural and political tendencies that cut across some of America’s great divides. They tend to be pro-gun but pro-environmental regulation, to have deep faith in the American experiment but a deep awareness of its flaws, to be suspicious of both big government and big corporations, and, above all, to hate the twinned power of government and business, which is the force that mostly shapes the West as we know it.” 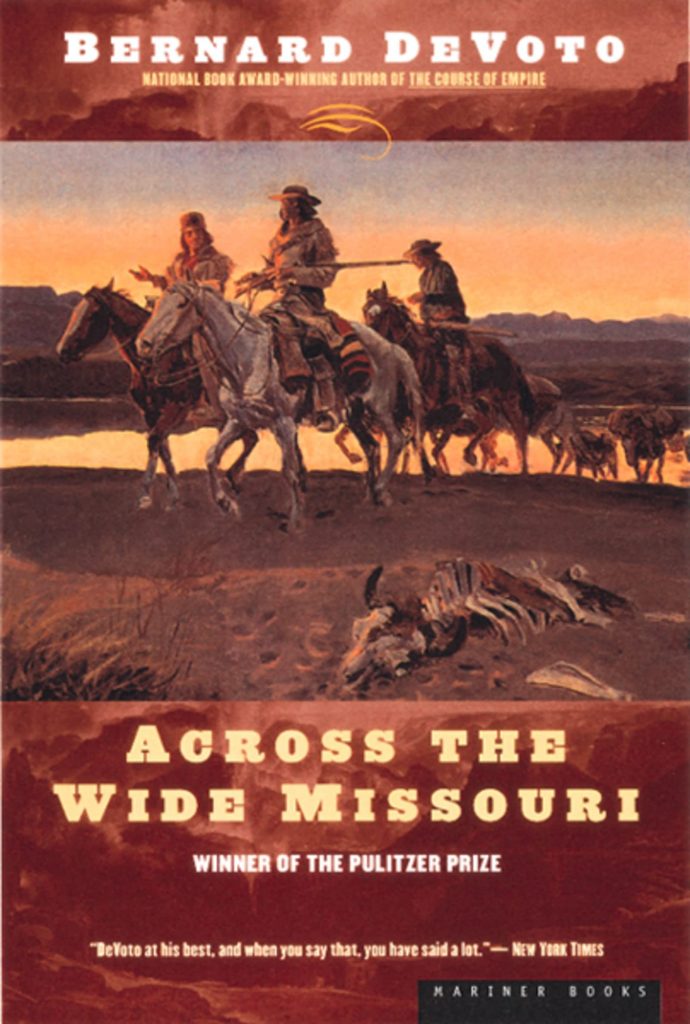 Pogue’s essay reflects on the legacy of Bernard DeVoto’s Pulitzer Prize-winning 1947 history of the Rocky Mountain Fur Trade, Across the Wide Missouri. DeVoto recognized the destructiveness of the fur trade, but he pushed back against the already-fashionable academic framing that portrayed the western frontier experience as a simplistic litany of assault by white Americans upon an innocent indigenous population and the land they inhabited.

“…In all of his writings he is resistant to the idea that settlers and small-time workers of the West were the engines of the genocide and despoliation that came to the region in their wake. In DeVoto’s telling, these people were complicated moral agents and often victims themselves, caught up in a churning machine of capital and government that, by the 20th century, had created a Western system defined by ‘laissez-faire capitalism with socialism, ownership rights without responsibility, investment but not regulation.’ It was a picture of the corporatism that now colors every single part of American life, and DeVoto saw it as emerging in its first clear form in the government protection of powerful extractive industries in the Mountain West.” (Emphasis in original).

DeVoto wasn’t letting anybody off the hook, but he also wasn’t falling into the trap of “presentism” that was already rearing its head in 1947, and is rampant in any historical discourse today.

“This narrative will not be suspected of admiring the business ethics of the Company, but it must protest the tendency of 20th-century historians to hold the 1830s in American history to ideas which the 1830s had never heard of, which they would not have understood, and which produce confusion or nonsense when imposed on them today.”

DeVoto would be appalled — but completely unsurprised — by the level of confusion and nonsense that prevails these days.

Pogue succinctly nails the character of the “tribe” of Mountain Men:

The fur trappers on whose labor the industry relied lived some of the most difficult lives anyone has ever lived, and almost none of them made much money. They were always hard men, often cruel. But they were also joyous, and the best parts of the book involve a series of retellings of the annual summer rendezvous, when trappers and native tribes gathered in drunken comity to trade, party, have sex and marry (intermarriage between whites and natives was the defining social structure of the mountain trade), and load up supplies for the winter.

The picture here is very different from the one we get about Western history today, one that focuses on whites as the agents of genocide and ‘settler-colonialism.’ DeVoto is interested instead in the brief period when the whites who came into the West did so without an eye to conquest or even settlement. DeVoto’s purpose was not to absolve the trappers of their complicity in a system that ended up destroying the free West they inhabited and loved, but to show how the engines of capital and commerce coopted them into that destruction, against their own desires and interests.”

Y’all might know this as what I call The Frontiersman’s Paradox. It’s a story that resonates as we watch the imminent collapse of the Colorado River system that waters Southern California and the Southwest, supporting populations that are way beyond any realistic carrying capacity for the land. It resonates as we see mega-rich people buying up ranch and farmland across the West and pricing ordinary folk out of their communities. It resonates as we head out into the woods and the mountains, seeking the freedom that drew the Mountain Men there 150 years ago.