Lady Marilyn and I hit the road last weekend for a raid into the Willamette Valley — to McMenamins Edgefield  where Billy Strings was making a two-night stand. Brian and Mike McMenamin have built an empire of food, libation and live music across the Pacific Northwest since 1983. They repurpose old and often decrepit community landmarks into pub/hotel/venue complexes. Some are small neighborhood pub establishments. Edgefield is 74 acres of vineyard/ garden/hotel/ restaurant/mini-pubs/distillery/brewery/music venue and crafters’ quarters. It was once a poor farm, and then a nursing home, before becoming the exceedingly cool place it is today. 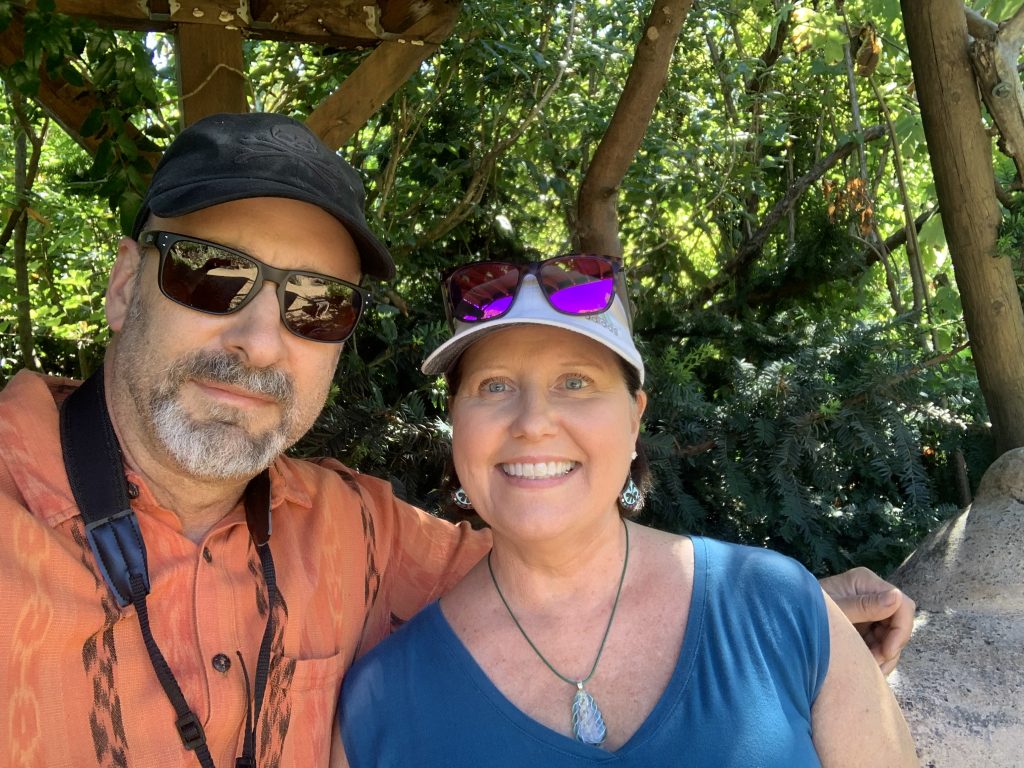 In the Garden at McMenamins Edgefield.

We drove across the Warm Springs Indian Reservation and up past Mt. Hood for the first time in a while and were reminded just how magnificent the landscape of our state truly is. McMenamins Edgefield is in Troutdale about 20 minutes east of Portland, so we had to make a sortie into the heart of the city. Destination: Powell’s City of Books.

Hadn’t been there  since January 2020, and a thing or two has happened since then. The proliferation of homeless camps on the streets and onramps to freeways exploded during the pandemic, and the downtown core became a combat zone during the George Floyd protests/riots in the summer of 2020 and beyond. The evidence of all that is pretty apparent. Lot’s of boarded up buildings, lots of graffiti, lots of tents.

I went in hunting for two specific books for the King Philip’s War podcast (yep, I’m doing that). I snagged one — King Philip’s War: Civil War in New England, 1675-1676, by James D. Drake —  and passed on the other. Of course, the real pleasure in raiding Powell’s is turning up unexpected plunder, and on that front I scored big.

Found a tight copy of T.V. Bulpin’s Lost Trails of the Transvaal, which pretty well rounds out my collection of books by that wonderful tale-teller of the South African frontier. Found a cheap copy of Savage Scene, a biography of borderlands scalphunter Jim Kirker, my old copy having mysteriously vanished. Harris & Sadler’s The Secret War in El Paso: Mexican Revolutionary Intrigue, 1906-1920 leapt of the shelf and into my hands and I couldn’t believe my good fortune, because it’s used, cheap but in new condition.

The only book I paid full blow for was Martin Pegler’s Sniping Rifles in World War I, because I was just standing there in the book store reading it page-for-page.

A lightning strike, then run back to the farmlands…

If you haven’t run off down the Billy Strings sidetrail yet, get after it. He’s truly a once-a-generation talent. We had him booked for the Sisters Folk Festival back in 2017, when he was a rising phenom, but that festival was canceled due to wildfire. We’ll never get him now. He sold out two nights at the 6,500-capacity Edgefield, and is the only artist in their summer series booked for two nights.

We saw him at the Under the Big Sky Festival in Montana last summer. That Friday show was all about Ryan Bingham for Lady Marilyn — until Billy Strings absolutely blew the doors off. My “I don’t really like bluegrass that much” wife now knows his whole repertoire by heart.

Marilyn jacked up her knee a bit, so we sought “accommodations,” which we were told would allow her to bring in a chair taller than those generally allowed. What they didn’t tell us was that we were to be confined to a roped-off area. Yeah, no, not doing that. Instead, we found a corner where the hippies were dancing and the chair-height police’s writ did not run. And, as Marilyn noted, it’s more fun in the trees.

See, there’s a big crossover between the still-vibrant world of the Grateful Dead and the accelerating magic bus of Billy Strings.

Billy occasionally plays a Dead song or two (his version of Wharf Rat is stunning), and he was invited to create music for a Robert Hunter lyric, which he turned into the show-stopping Thunder, which we got to experience Saturday night.

I felt like I’d touched a standing stone and fallen back through time to 1985 and the Dead at Ventura County Fairgrounds. The environment was perfect for it — after all, one of McMenamins Edgefield’s tiny pubs is Jerry’s Ice House, where Marilyn had a “Ramble on Rose” while Casey Jones drove his train high on cocaine. 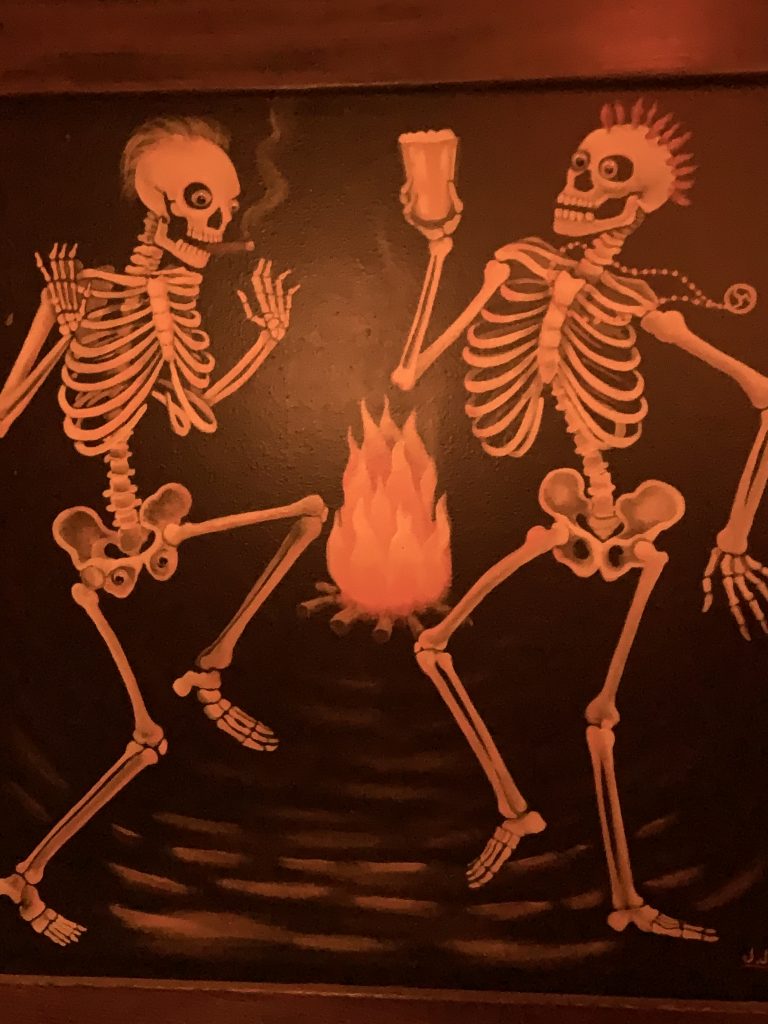 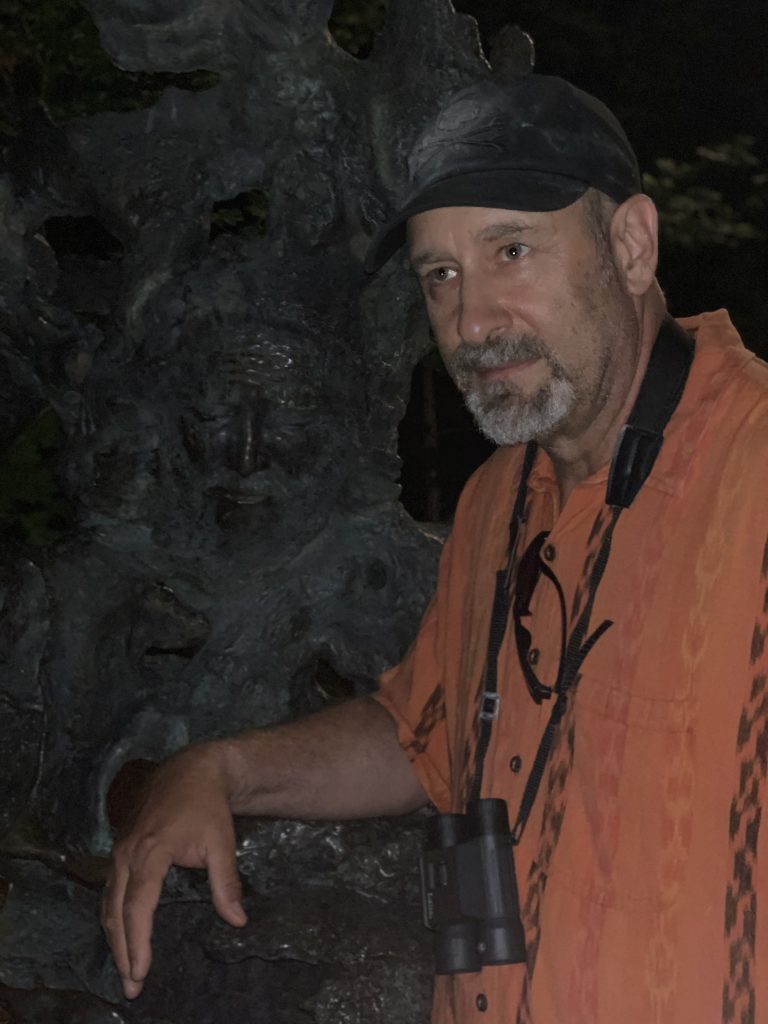 There’s a remarkable bronze sculpture of Jerry Garcia as a tree-spirit off in the woods at the edge of the venue.

All of this hit right in the x-ring of my cultural crossroads. Old-school Oregon. 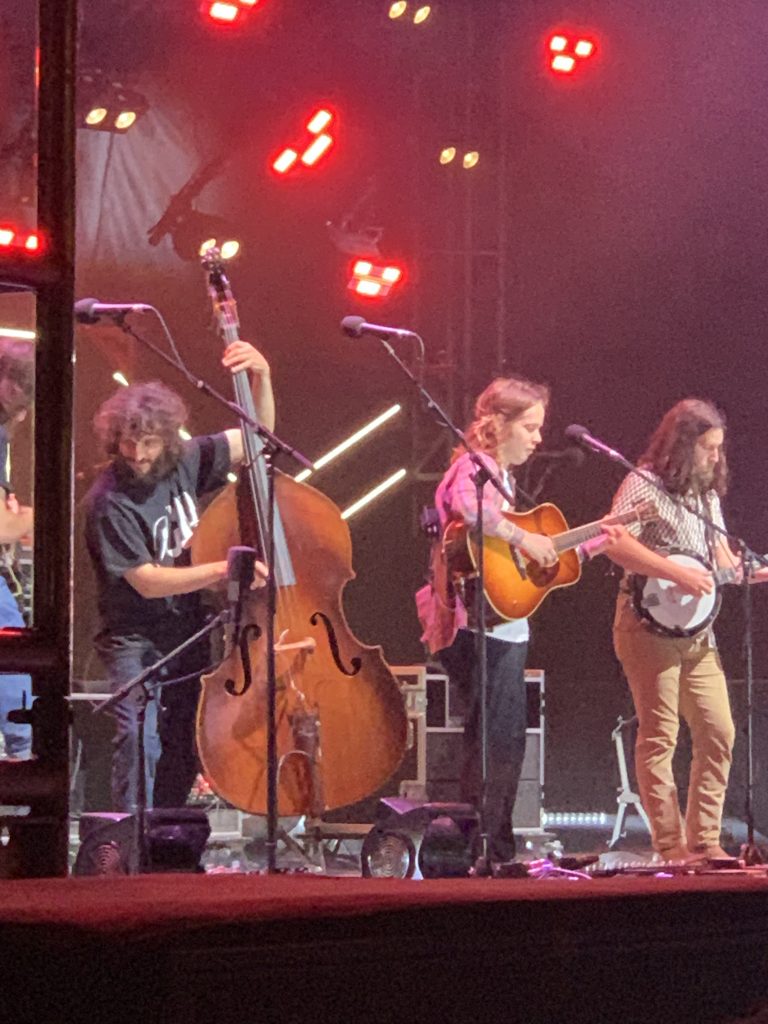 Down front to catch Sam Grisman doing a guest turn on bass for the David Grisman tune “Sugar Hill Ramble.” 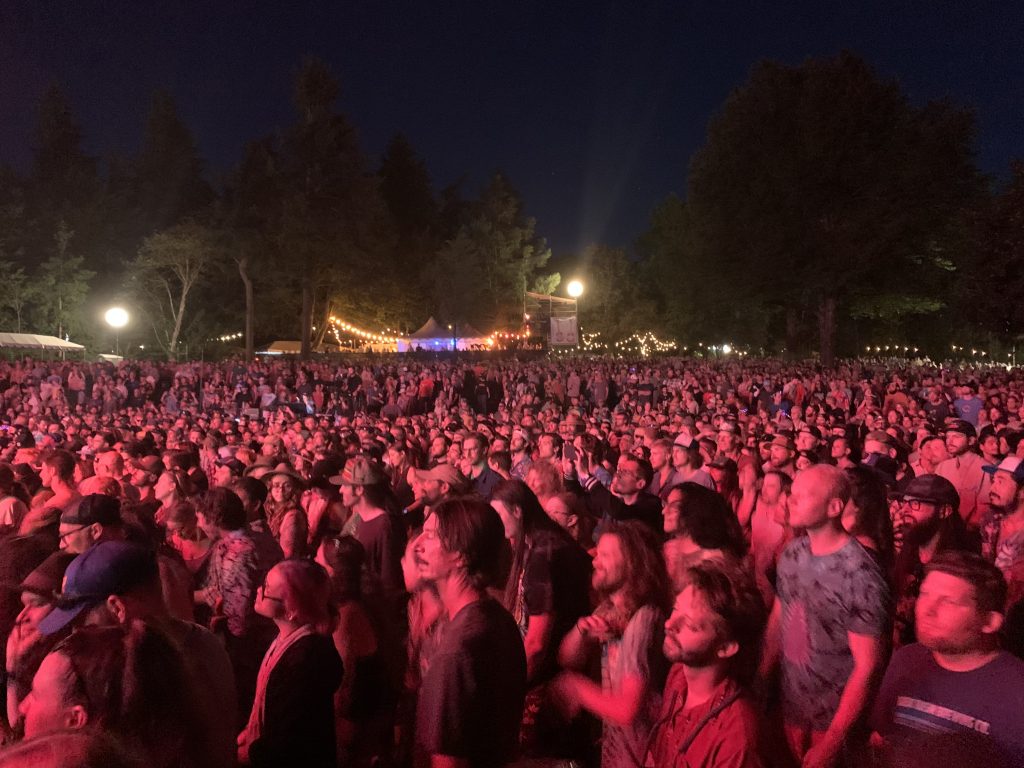 My phone takes crap video, so I’ll post other people’s efforts from this tour if you want a taste of what this is all about.