If ever anyone deserved tribute in the engraving of a world-class rifle, it’s J.A. Hunter. I posted about the great African safari hunter here back in 2017.

Hunter was a Scotsman who become one of the leading East Africa safari-men of his day, from 1908 through the 1950s. He also wrote several African hunting books that lit the fire of adventure under many a foot, including my older brother and myself.  Just this morning, John Rigby & Co. posted images of a J.A. Hunter commemorative rifle:

Here is a stunning example of a Rigby London Best bolt rifle. This rifle was built and ordered as the sister rifle to our Corbett commemorative which was auctioned for charity for a record breaking $250k. It is chambered in .416 Rigby, features grade 11 Turkish walnut and will be used in the field. The engravings were completed by our in-house engraver Geoffrey Lignon. Like the Corbett rifle, the engravings are based around the life and hunting stories of a legendary Rigby owner, J.A. Hunter and feature big game animals and the hunter’s portrait surrounded by ornament. 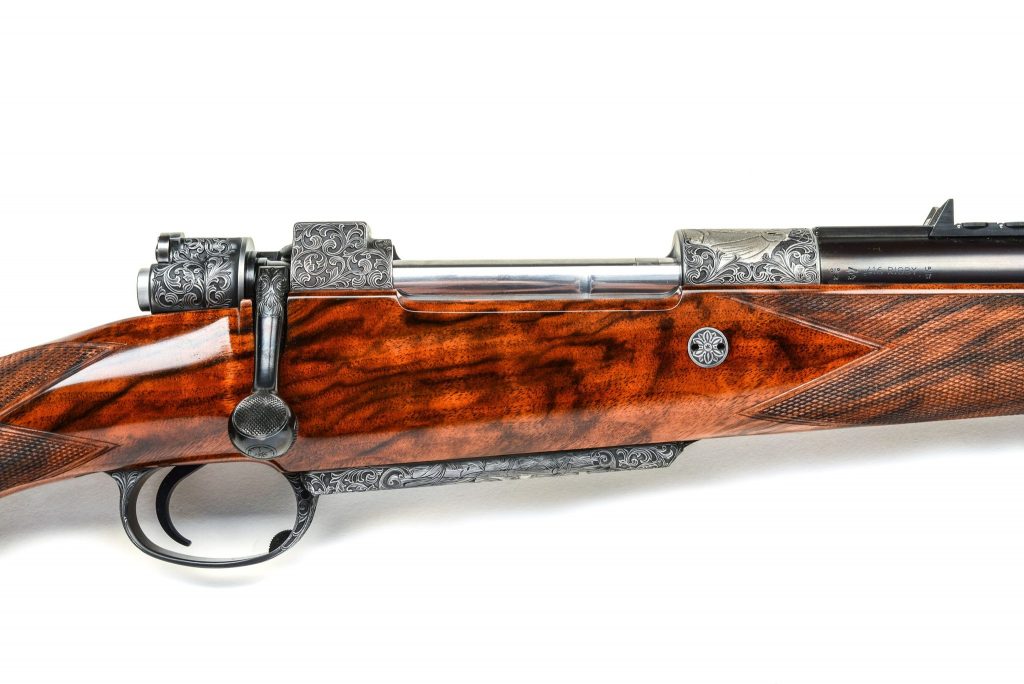 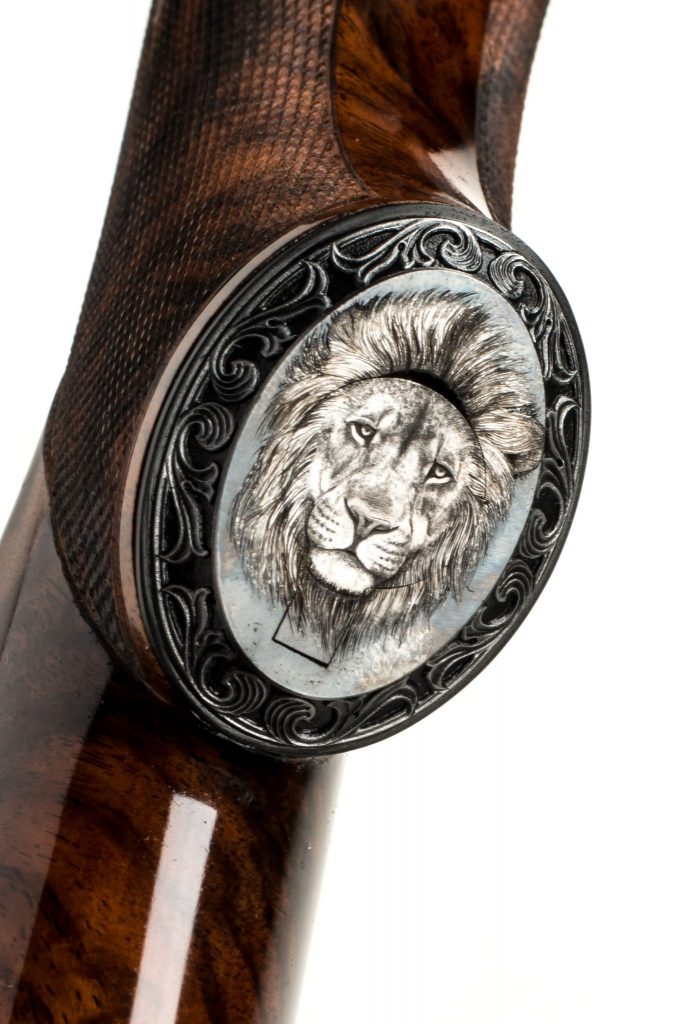 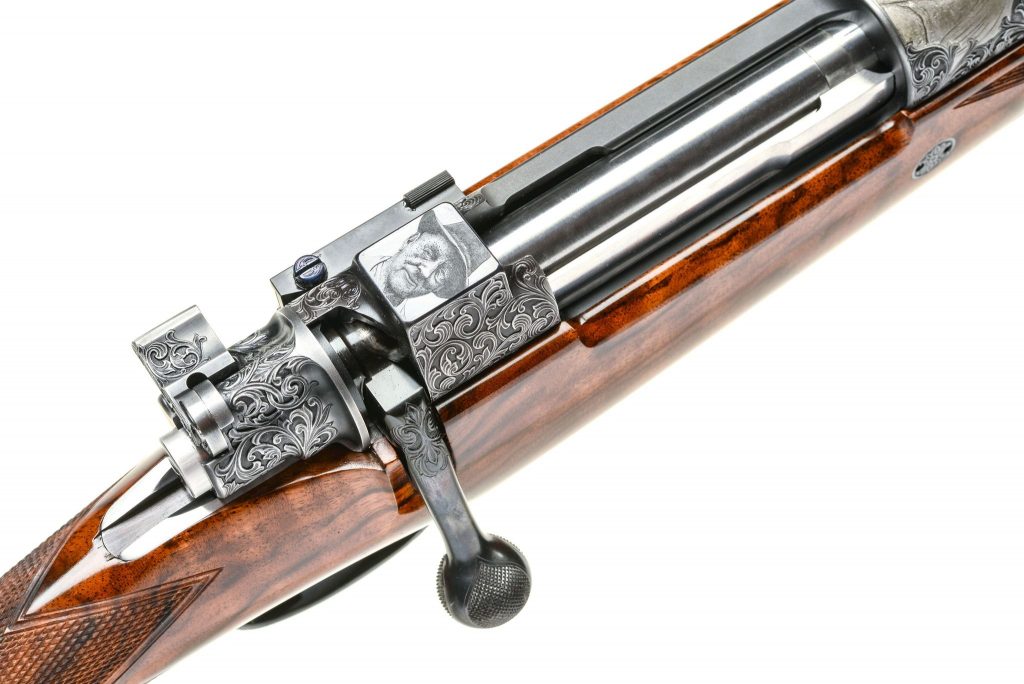 “Will be used in the field” is a critical phrase here, for such a rifle must see field use to be a true tribute to a man like Hunter. It’s stuff that works, the kind of stuff you don’t hang on a wall.