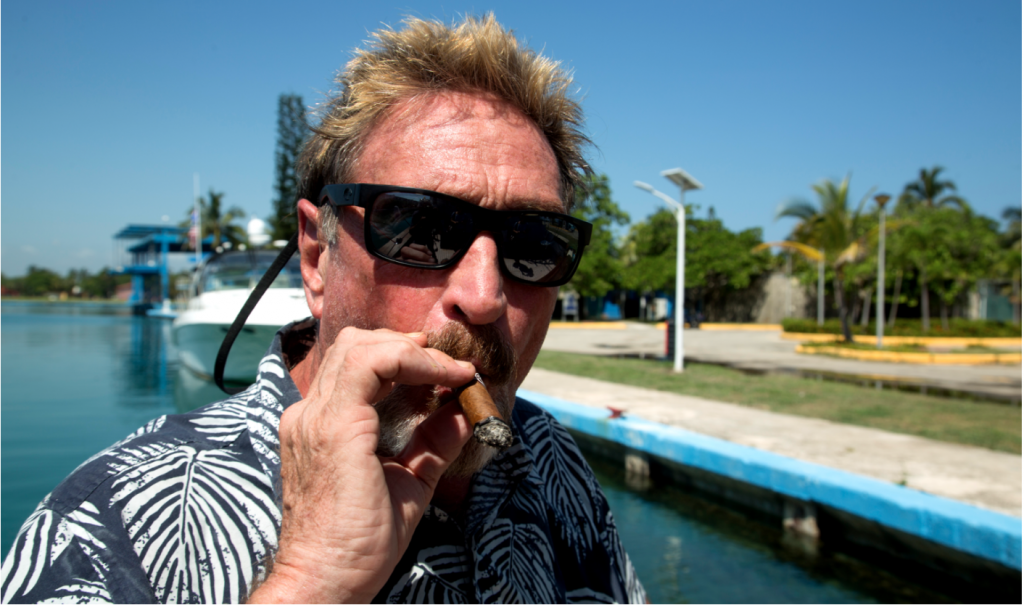 John McAfee fascinates me. I posted on his weird and wild world back in 2017, noting that he is part of a long line of frontier characters who plunged into the heart of darkness, never to return.

On August 24, Netflix drops a doco on the mad, bad and dangerous-to-know fugitive software pioneer.

McAfee, who died last year, was worth $100M at his peak but went on the run when his neighbor Gregory Faull was murdered and he was being investigated in connection to the homicide. He invited a film crew with him. He was eventually arrested and faked two heart attacks in order to buy time for his attorney to file appeals, he later said.

With exclusive access to hundreds of hours of previously unseen footage and in-depth accounts from the people who knew him best, the doc follows McAfee as he travels deep into the Belizean rainforest, across international borders, up river in the jungles of Guatemala and through the Bahamas on a boat loaded with guns, drugs and alcohol, trying to stay one step ahead of the alleged pursuers. 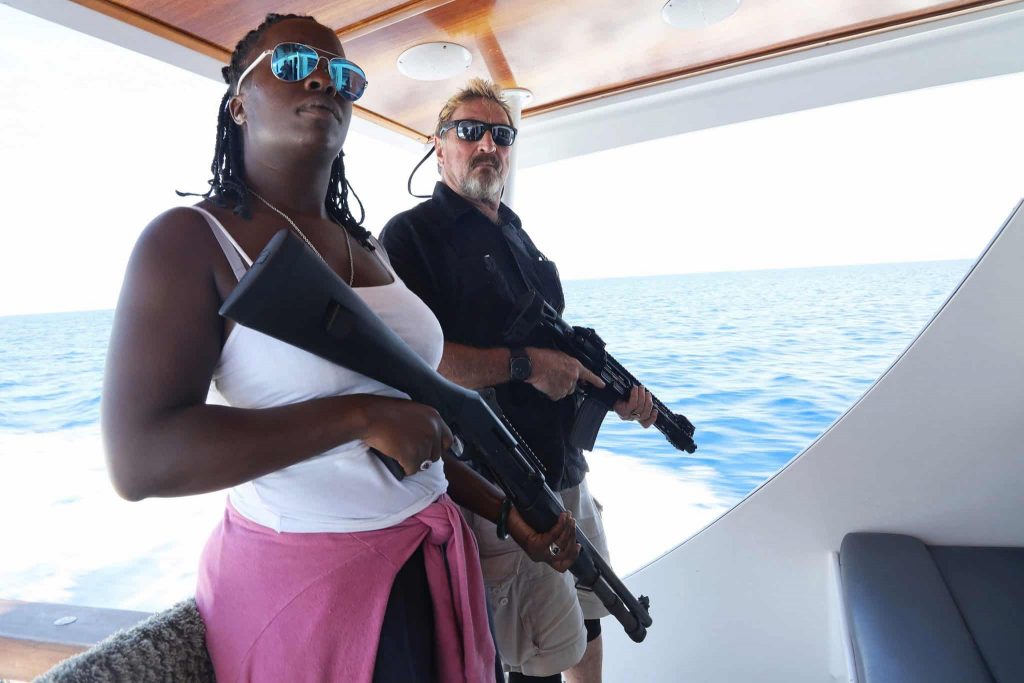