The Birmingham Small Arms Lee-Speed, a sporting version of the military Lee-Metford rifle that became popular at the turn of the 20th Century.

The rifle is the iconic tool and weapon of the Frontier Partisan. Through many eras, that tool evolved to be both highly functional and aesthetically pleasing. One can readily appreciate the long, elegant lines of the classic American long rifle that breached the Appalachian divide in the hands of Long Hunters, or the heavy-duty gravitas of the Hawken Rifle or the Sharps that served plainsmen and prospectors for decades. The Springfield Rifle wielded by the likes of Geronimo deserves a nod, The lever action rifle was and remains a Frontier Partisans stalwart, and  the Mighty Mauser of the Boer fighter or the Mexican revolutionary must always get its proper due.

For me, the apogee of Frontier Partisan rifles was reached in the classic bolt action sporters produced in England at the end of the 19th Century. They just speak to me — of adventure, class and pluck. If I had to pick one rifle that I would love to own over all others, it would be Rigby’s Highland Stalker WDM Bell rifle. It pays tribute to one of my favorite Frontier Partisans, and it’s just, well…

There’s another rifle in this class that deserves note: the Lee-Speed sporting rifle. You may remember it wielded by Val Kilmer’s John Henry Patterson against man-eating lions in The Ghost in the Darkness.

The Birmingham Small Arms Lee-Speed is the sporting version of the military Lee-Metford rifle, chambered in .303. It was popular among British officers who could buy their own weapons. One such ended up in the hands of a legendary Boer fighter when Jan Smuts’ commando struck the encampment of the 17th Lancers at Modderfontein Farm, Eastern Cape Colony, South Africa, on September 17, 1901.

The commando was at the end of its tether when it hit the British camp and overwhelmed the Lancers in a sharp, close quarters firefight. They were ragged and were close to completely out of ammunition for their Mauser rifles. So they replaced them with captured British Lee-Metfords. Among the most raggedy of the Boer fighters was the stalwart and deadly young Denys Reitz. After the battle, he claimed his spoils, including an excellent new rifle. From Warriors of the Wildlands:

With the gallantry characteristic of his class, a wounded British officer, Lord Vivian, pointed the derelict young Boer fighter to his tent, telling him he would find much there that would benefit him.

Reitz was, at long last, fully kitted out, riding away with “a handsome cavalry tunic, riding-breeches, etc., with a sporting Lee-Metford, full bandoliers and a superb mount, a little grey Arab, which his coloured groom said had been the property of Lieutenant Sheridan.”

Reitz called the rifle a Lee-Metford, but it was almost certainly a Lee-Speed — just the kind of rifle an aristocratic officer would be packing in 1901.

Below is an excellent briefing on the qualities of the rifles.

The great American scout Frederick Russell Burnham carried in Africa what is described as a Lee-Metford Rifle that, once again appears to be actually a Lee-Speed half-stock sporter — down to the medallion in the stock and the eye for a sling on the barrel. 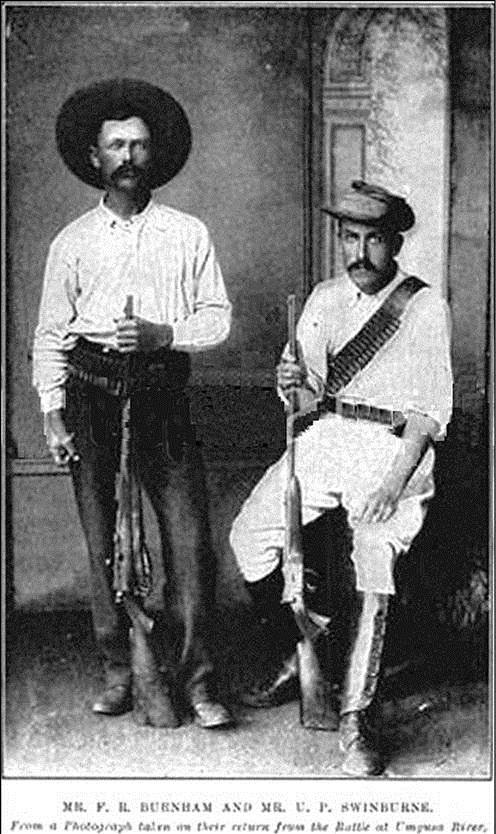 Burnham, left, with his half-stocked Lee-Speed, during the Rhodesia years. 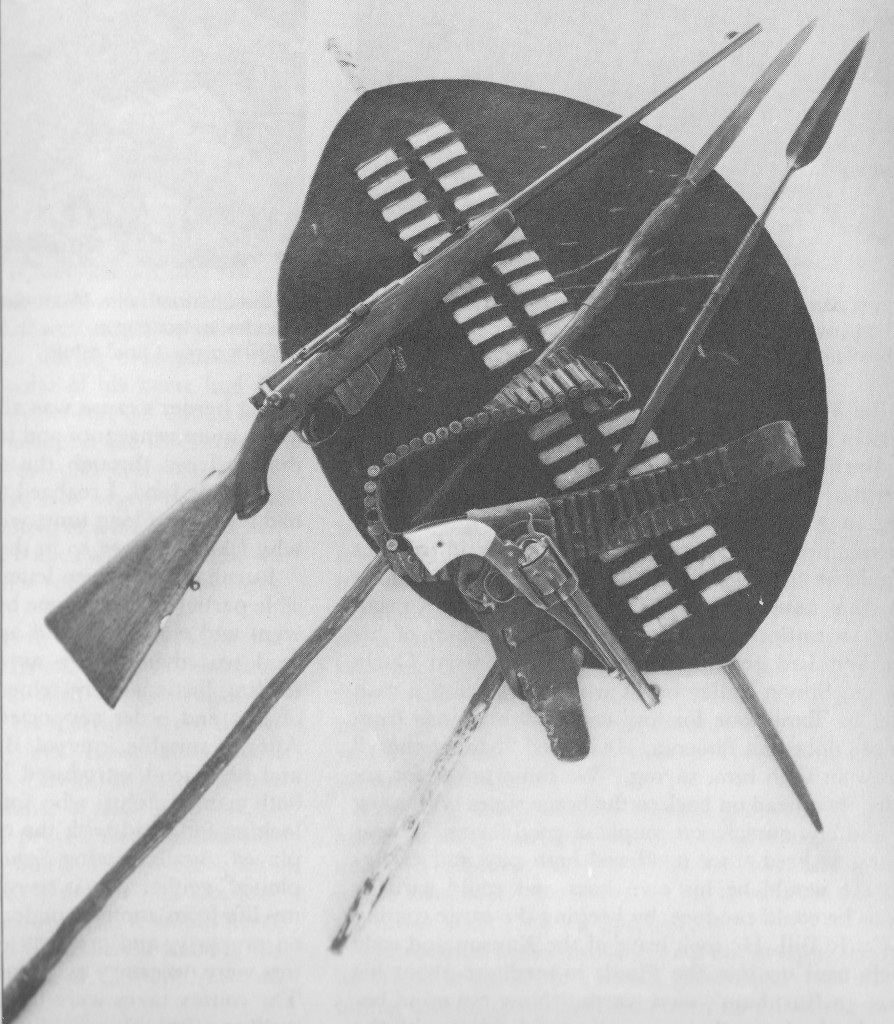 This was the rifle with which he shot the M’limo during the 1896 Second Matabele War. You can listen to the Frontier Partisan Podcast on that controversial episode here.

A classic among the firearms of the Frontier Partisan, the Lee-Speed just trips my trigger.