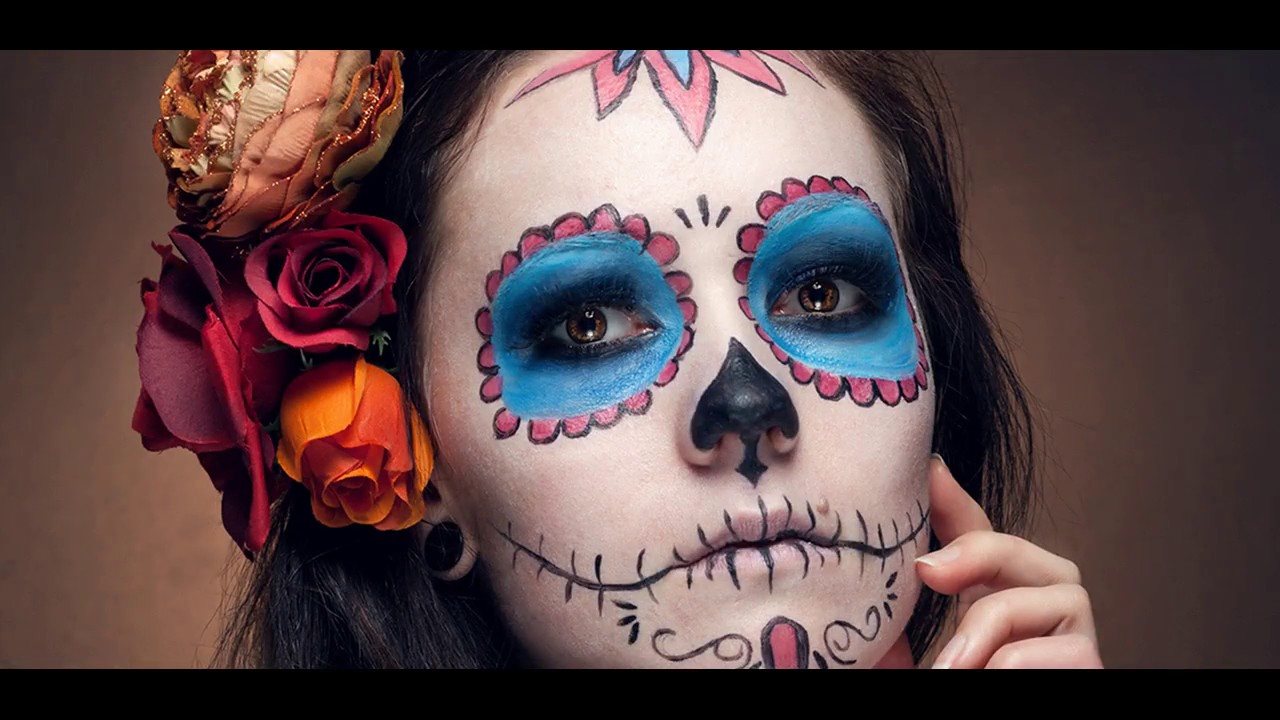 Temperatures are expected to soar well over 100 degrees in Sisters Country over the next few days. I welcome the heat. We don’t get enough of it to complain about it, and, being in the high desert, we don’t get the crushing humidity that makes serious temperatures so miserable in other parts of the country.

When it gets real hot, and I’m out with my micro-Mauser CZ rifle slinging kettlebells and busting clays, one song seems to be my theme:

Dust on my face and my cape

Me and Magdelena on the run

I think this time we shall escape…

Mexico keeps coming up on the Frontier Partisans radar. Last week came the good news that the Mexican Marines captured Rafael Caro Quintero. That prick was the hombre who ordered the killing of DEA agent Kiki Camarena in 1985, and he was also responsible for the brutal ice-pick killing two Americans who innocently stumbled into a restaurant in the middle of a drug deal and triggered Caro Quintero’s paranoiac rage. (This is all dramatized effectively in in Netflix’s Narcos: Mexico).

There were a dozen failed ops to capture him since he was released from prison on a technicality in 2013 and went right back into the narco trade.

This is justice served, though from a strategic standpoint, the arrest probably doesn’t mean much. From Insight Crime:

Rafael Caro Quintero, the long-pursued Mexican drug lord and former head of the defunct Guadalajara Cartel, has been apprehended by authorities in a symbolic coup that will have a scant impact on the country’s drug trafficking landscape.

Late on July 15, Mexican authorities announced the arrest of Caro Quintero, 69, in the western state of Sinaloa.

According to the Navy, Caro Quintero was found hiding in bushes in the town of San Símon. He is now being held at the Altiplano maximum security prison in the State of Mexico before likely being handed over to US authorities for extradition.

Caro Quintero’s capture came at a severe price. During the operation, a Navy helicopter crashed in the town of Los Mochis, Sinaloa, killing 14 Navy personnel. Mexican President Andrés Manuel López Obrador expressed his regret over the deaths and said authorities were investigating the cause of the crash.

US authorities had been looking for Caro Quintero since he walked free from a Mexican prison in 2013 after serving only 28 years of a 40-year sentence for the 1985 murder of DEA agent Enrique “Kiki” Camarena. At the time of Camarena’s killing, Caro Quintero was a leading figure in the Guadalajara Cartel, Mexico’s first dominant organized criminal group, and which would later morph into the Sinaloa Cartel.

If you have not yet watched the harrowing documentary The Last Narc, about the killing of Camarena, you really should. Dark and deeply disturbing stuff, on several levels. But necessary. 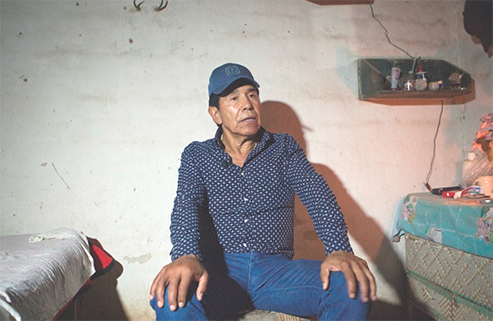 Predictably, the capture of Caro Quintero led to a spasm of violence in Sonora. From Insight Crime:

Homicides have soared in Mexico’s northwestern state of Sonora since the capture of drug lord Rafael Caro Quintero, suggesting that the usual bloody wrestle for control that takes place after a cartel leader’s downfall is happening once again.

At least 28 people were killed between July 15 and July 19 in Sonora, according to a report from El Universal on July 20, following the arrest of drug lord, Rafael Caro Quintero. The former head of the Guadalajara Cartel and founder of the current Caborca Cartel, Caro Quintero had been one of the most-wanted men in the United States for years, due to his murder of Drug Enforcement Administration (DEA) agent Enrique “Kiki” Camarena in 1985. 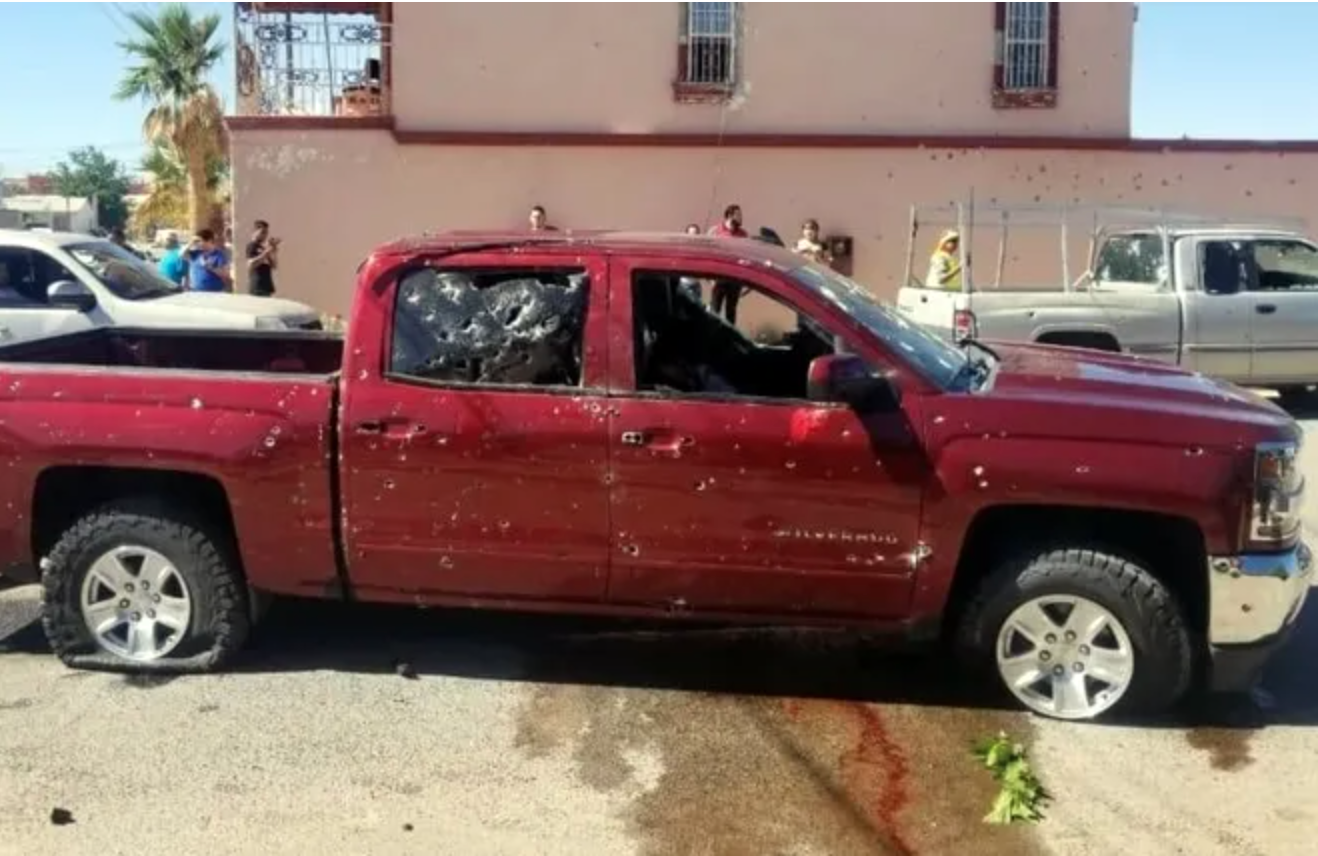 Much of the violence took place around the towns of Guaymas-Empalme, Cajeme, and Caborca, the latter being the home of the new group Caro Quintero helped create in 2017.

Violence here is far from new. The Caborca Cartel has been fighting off incursions by the Chapitos, a faction of the Sinaloa Cartel associated with the sons of Joaquín Guzmán Loera, alias El Chapo, for several years. Caro Quintero was not the only major figure to fall recently in Sonora. In early July, the Mexican army arrested Francisco Torres Carranza, alias “Duranguillo,” a high-ranking leader among the Chapitos in Sonora. He was detained along a highway near Caborca.

This region of western Sonora is crucial to drug trafficking as it sits along a major highway linking Sonora’s capital, Hermosillo, to the US border, as well as easy access to the Gulf of California. Seizures of cocaine, fentanyl, and methamphetamine are commonplace.

During an interview on “The Record With Greta Van Susteren,” the top prosecutor under former President Donald Trump said that “Mexico is well on its way to being a failed narco-state” and that the U.S. should adjust its approach to the cartels accordingly.

“The United States [has been] relegated to working through Mexico to try to deal with the cartels, and I think that’s a losing proposition,” Barr stated, adding that he doesn’t believe the Mexican government is “serious enough” in tackling the drug crisis. 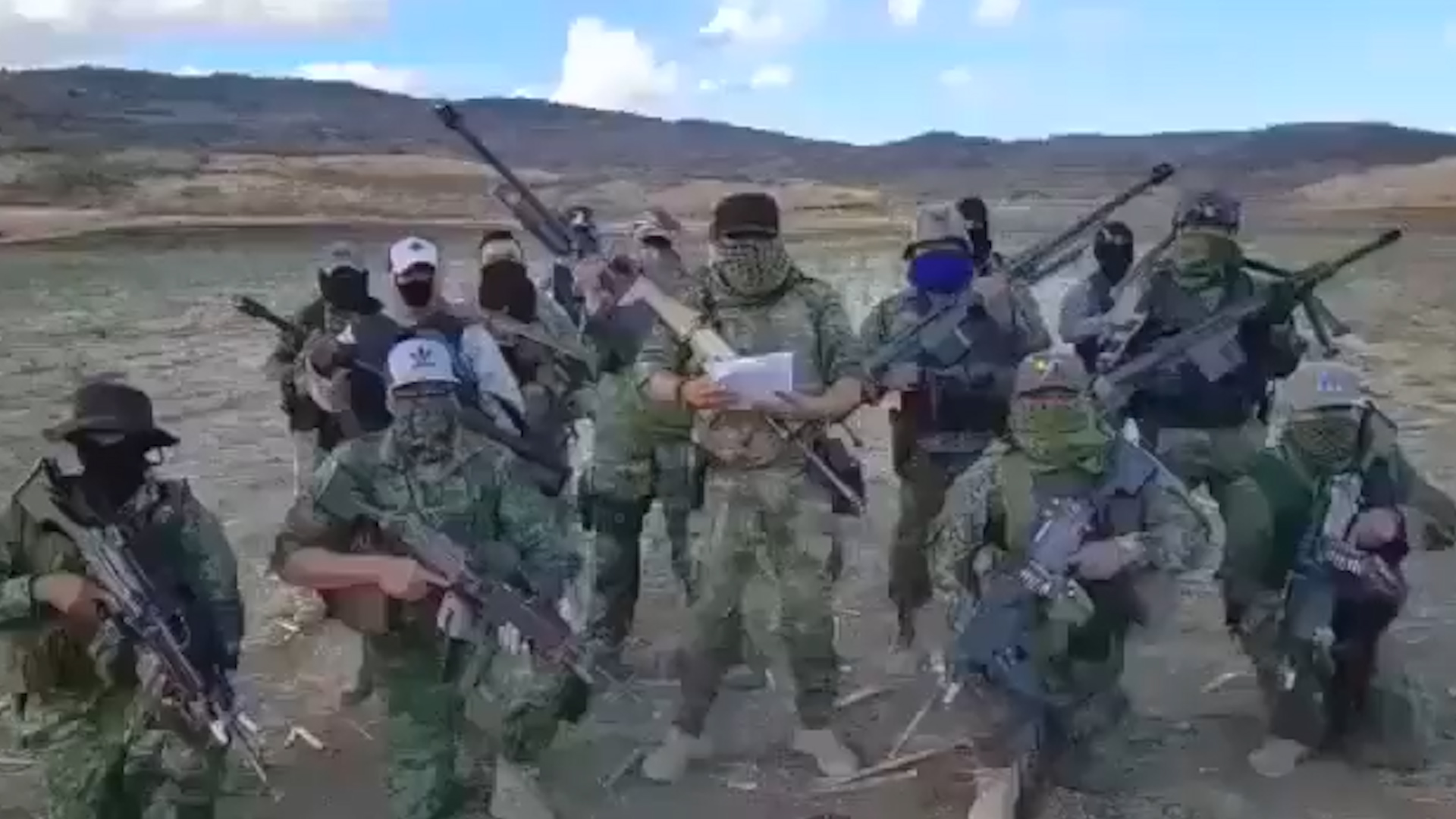 “I think they have to be forced and pushed into action with us,” he continued. “We have to be more active against the cartels. In my mind, we have to approach the cartels more like ISIS and less like the mafia.”

Barr compared the current policy of attempting to prosecute Mexican drug gangs and affiliated organizations as about as ridiculous as “going after ISIS in Syria on the same basis.”

“They are effectively terrorist organizations. They are increasingly building their connections with terrorists. Their paramilitary can take on the Mexican military, and they have so much money they can corrupt any system,” the former attorney general explained.

He further emphasized that with the ongoing fentanyl and migrant crisis, “the United States cannot have these cartels operating on our border, poisoning our country — over 100,000” deaths.

Treating the cartels like ISIS means drone strikes and special operations. War. There’s always a temptation for the U.S. to intervene south of the border with force. In some ways down on the border, it’s always 1916… 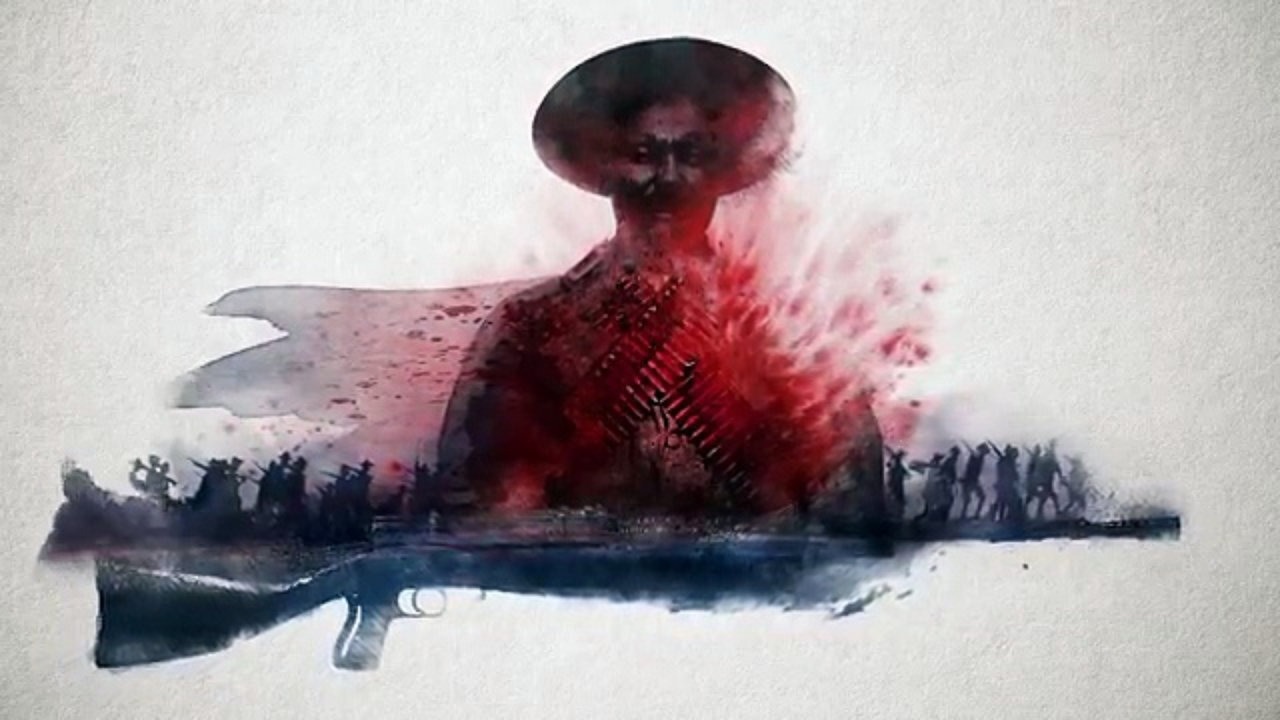 Mexican Revolutionary iconography is often used in by narcos and in depictions of narcos. Villa actually took a dim view of drugs and alcohol. He himself did not drink, and forbade drinking and drug use in the Division del Norte. This was, of course, impossible to strictly enforce, and did not stop his troops from smoking marijuana, as immortalized in the song La Cucaracha.

Frontier Partisans patron Rick Schwertfeger texted over the weekend asking for a recommendation for a definitive biography of Pancho Villa. As with immortal swordsmen, there can be only one: 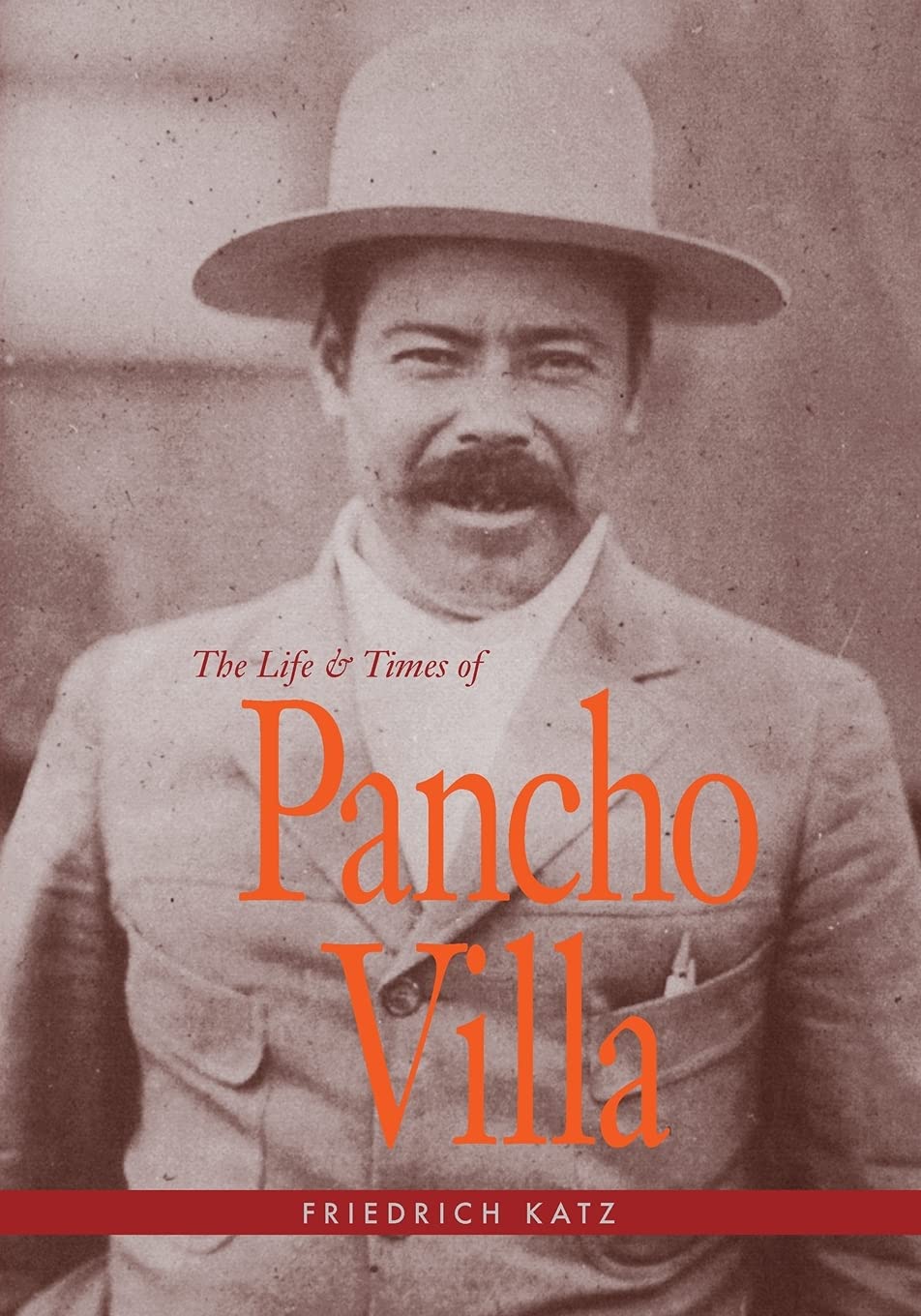 Not only is Katz’s magnum opus definitive, it’s exhaustive, weighing in at over 900 dense pages. Rick has the stamina, chops and time to stay with it, and it’s worth every second of there hours upon hours invested. But there are shorter primers that can provide a solid glimpse at the enigmatic bandit-turned-general who rose from bandit to guerrilla to general,  fell back to guerrilla status and was ultimately assassinated in retirement.

This is an excellent overview of the Revolution, which was the first of the great social upheavals that shaped the 20th Century:

The 99th anniversary of the Villa hit was just a few days ago. I did an in-depth post on it a few years back. This Spanish-language documentary does a very good job of recreating the ambush in Parral, Chihuahua, that killed the Centaur of the North.

The Mexican Revolution, and Pancho Villa and Emiliano Zapata in particular, have been a decades-long fascination of mine — sometimes tripping over the border into obsession. There is something about this early 20th century social revolution with its cowboy revolutionaries that exerts quite a hold on me. I love the material culture, and the way the old frontier world and modernity collide. And, as I’ve said many, many times, you could not invent a game of thrones more complex and deadly than the MexRev, where every one of the major players died violently. It’s one of the most intense stories in all of Frontier Partisan history.

Mexico is also a terrain saturated in folklore, a territory of Fennario where history, folklore, legend and myth are inextricably entwined, and the veil between the world of spirits and the world of the material is thin — another fascination here at Frontier Partisans. My ramblings around south of the border led me to this excellent version of La Bruja. Enjoy.