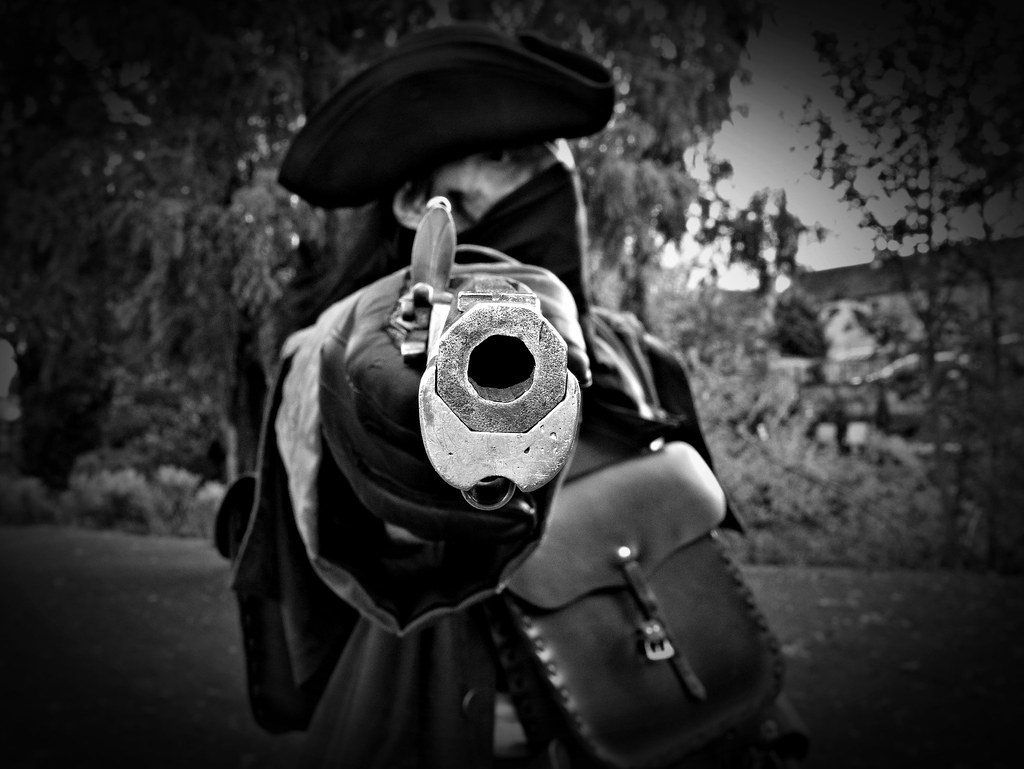 He would know. Where d’ye think that big grin came from? 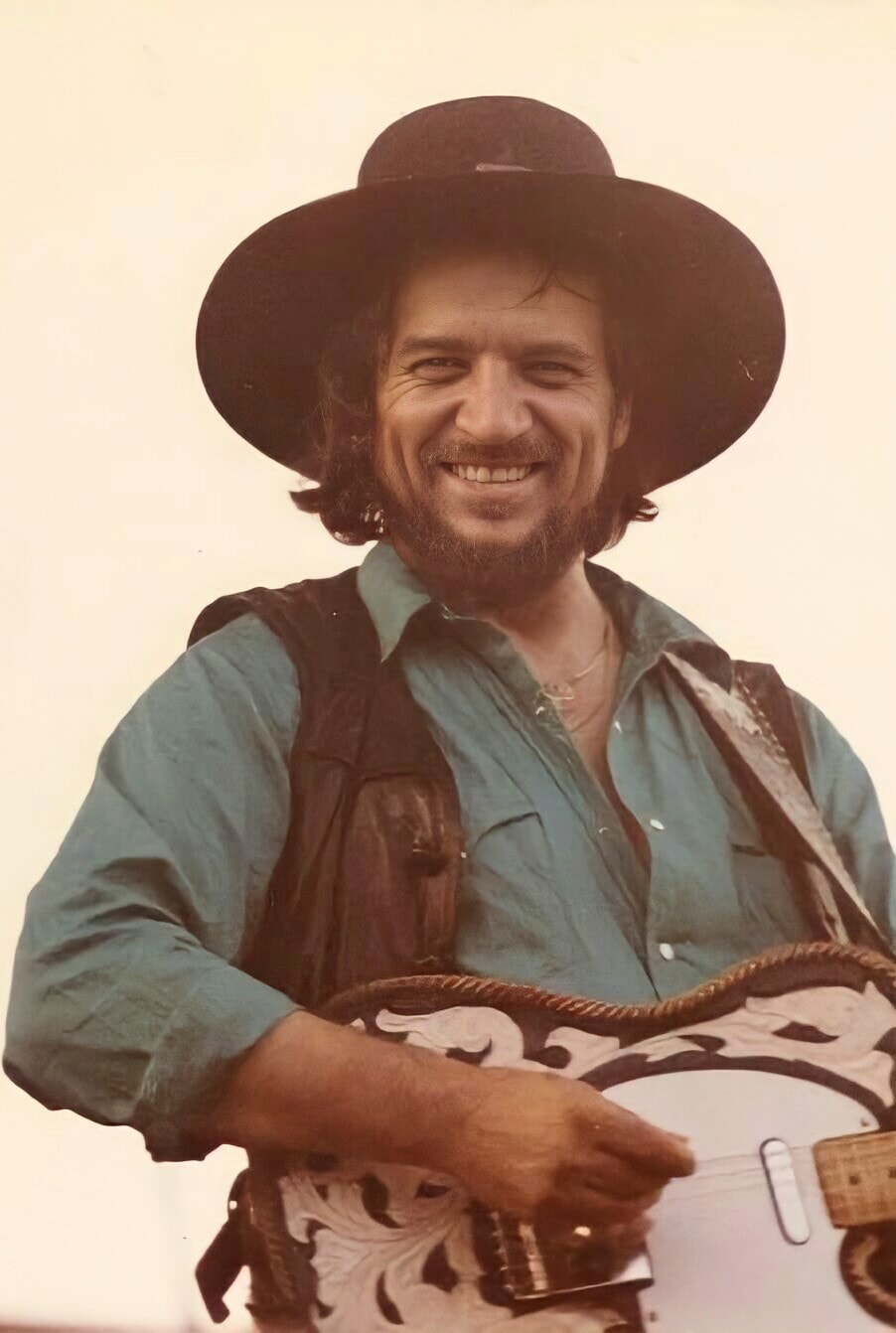 It ain’t just the ladies, though. Seems that most folks have a fascination with outlaws — even though we really know that the outlaw bit ain’t all it’s cracked up to be when you strip away the romance. There’s something compelling about men and women who cut against the grain and take nuthin’ from nobody. Which is why we can’t help but root for Tommy Shelby in Peaky Blinders, even though we really know he’s a monster.

Which brings me to a new Noiser podcast that I’ll be delving into during drive time in the coming weeks.

From Billy the Kid to the Kray twins. The Peaky Blinders to Anne Bonny. Real Outlaws is the show that follows in the footsteps of history’s most notorious criminals. Be they charismatic antiheroes or bloodthirsty villains, their names and exploits live on in the popular imagination. But what are the true stories behind the myths? We’ll talk to leading experts and travel back in time, to when rogues and bandits followed a code all their own. This is Real Outlaws. 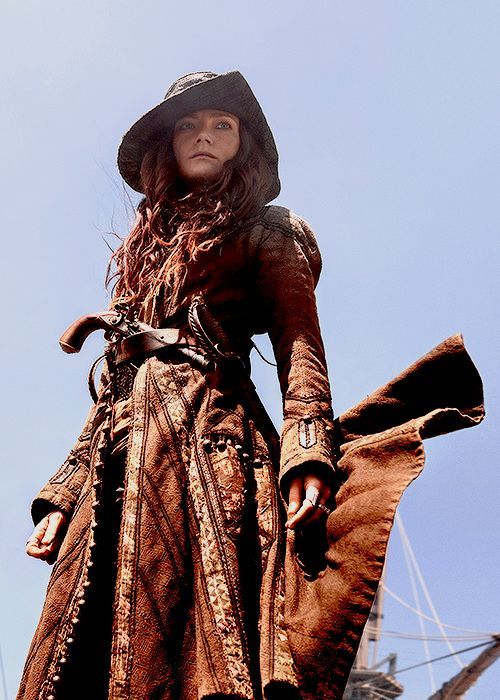 Before podcasts and Netflix series, outlaw stories were told most often in ballads. Here’s one I particularly dig, performed by Jake Bugg and featured in the American Revolution drama TURN: Washington’s Spies:

Dick Turpin was anything but a hero. Nor was Ned Kelly any sort of Australian Robin Hood. Nevertheless, we love our outlaw yarns, truth be damned, and I don’t reckon that’ll ever change.

While were on the subject of music and outlaws…

The pioneers of Rhodesia weren’t outlaws, but they were filibusters, and some folks — like Mark Twain — regarded them as buccaneers. There was certainly a deliberately cultivated swashbuckling quality to them, especially the volunteers who rode out in the First Matablele War in 1893, with the promise of booty their reward. A contingent of these volunteer troopers would go down in one of the classic Victorian Last Stands, immortalized as the ill-fated Shangani Patrol.

Excerpt from Warriors of the Wildlands: True Tales of the Frontier Partisans:

They were dead men sitting in a saddle, and they knew it. The 37 men, who would go down in history as The Shangani Patrol, had been sent out in advance of a larger column to run down the fugitive Matabele King Lobengula and end the war that had broken out in Rhodesia.

The patrol ran into a firestorm of well-armed Matable riflemen as they approached the king’s wagon and were forced to retreat. Now they were cut off from the main column, surrounded in a mopani forest by hundreds of Matabele, armed with Martini-Henry rifles and old Snider rifles — and their dreaded stabbing assegais.

All afternoon, Maj. Allan Wilson’s tiny force had skirmished with the warriors. American scout Frederick Russell Burnham had counted his coup on the son of a Matablele inDuna (commander). As the mounted patrol retreated through an open vley, the powerful, athletic young warrior had leaped from the treeline at Burnham, shouting to his comrades, “Come and stab!” The young warrior fired his single-shot Martini-Henry at the American and missed. As the youth fumbled his reload, Burnham pushed out his own Martini-Henry one-handed like a pistol and fired. The heavy .45 caliber bullet tore into the warrior’s side and he crumpled. Seeing the young warrior fall brought a moment’s dismayed hesitation from the Matablele, and Burnham kicked his nearly worn-out steed away to safety. A very temporary safety. 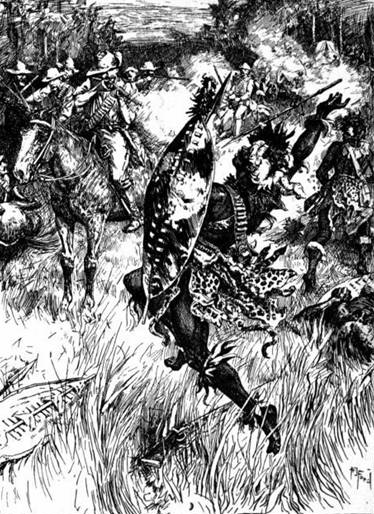 Knowing his command was almost certainly doomed, Maj. Wilson approached Burnham with a desperate gambit. Could the scout, along with one comrade, break through the surrounding Matable, re-cross the Shangani River, and bring up relief from the main column under ex-British regular Maj. Patrick Forbes? It was a forlorn hope and both men knew it. But Burnham was game to try. Might as well die out there as here, he figured. Wilson assigned him an Aussie trooper named William Gooding; Burnham asked instead for his cowboy buddy Pete Ingram, figuring friends ought to go down together. In the end, all three men broke from the trees in darkness and made for the Shangani.

Pursued by fleet-footed Matablele runners, Burnham and his comrades used every evasive trick the scout had learned in feud and border warfare in the Arizona Territory. At last, at about 8 a.m. on December 4, their horses nearly done in and their nerves stretched to the breaking point, they reached the Shangani. The river was in flood. They knew there was no hope of Forbes sending relief to Wilson. Ahead of them they could hear the boom of Matabele rifles and rattle of Maxim machine guns. Forbes, too, was under attack. Behind them, they knew, Wilson and his men were making their last stand. To go back was certain death. To go forward was to find another battle — and a chance. The men swam their horses across the swollen river, slipped through the Matablele forces attacking Forbes’ camp and reported to the Major: “I think I may say that we are the sole survivors of that party,” Burnham said.

Then he hefted his rifle and got back into the fight…

I am still awaiting my copy of The Fire of Venture Was In His Veins: Major Allan Wilson and the Shangani Patrol 1893: Rhodesia’s ‘Custer’s Last Stand.’ This interview with the author, David Snape, provides an excellent overview of this iconic incident in Frontier Partisans history.

You can hear the full story of Burnham’s role in the Matabele Wars on the Frontier Partisans Podcast. 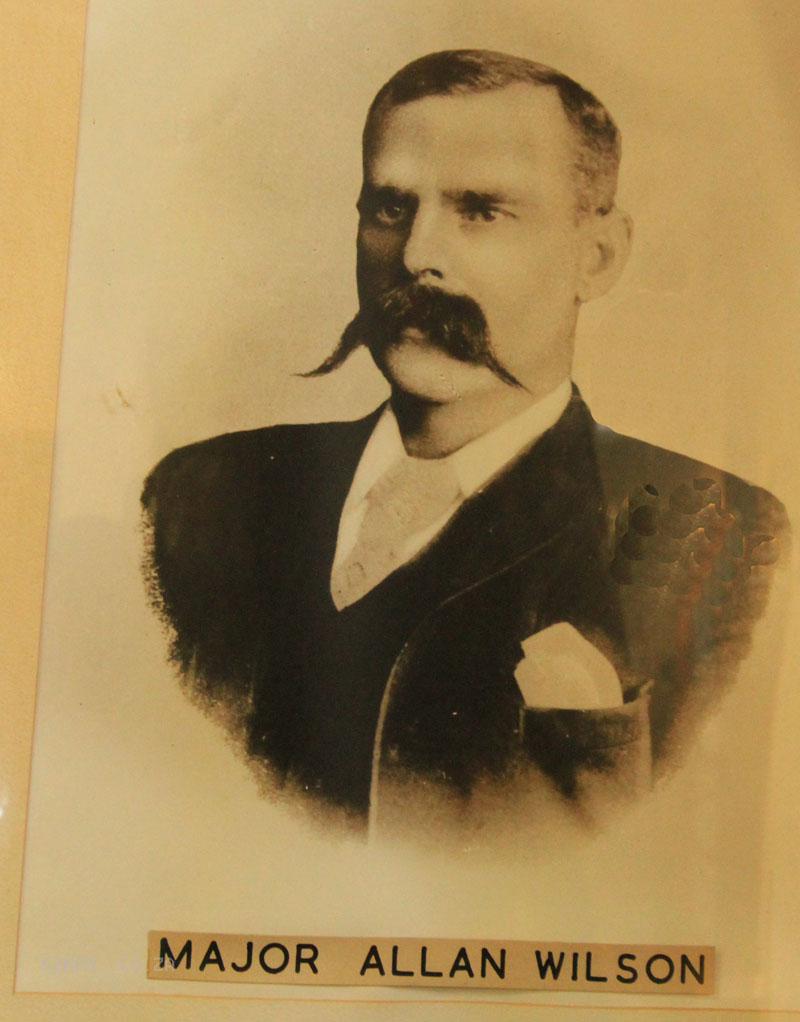 Wilson had even Emiliano Zapata beat when it came to Mustache Magnificence.

As frontier disasters should, The Shangani Patrol was recorded in folk song, by the legendary John Edmond, Rhodesia’s answer to Johnny Horton.