Friend Joe Engesser over at Rock Island Auction Co. has posted an in-depth exploration of an American Classic — the Winchester Model 21 Shotgun. This is a great piece, and I was honored to be asked to contribute to it, to wit:

“When I worked for Pachmayr in the early 1990s, we had a number of customers who were collectors of the Winchester Model 21. We saw a fair number come through the retail store, and every one of them had a story. None of them were safe queens; they were all nicked and scarred, from hard use in field and duck blind — but as robust as the day they came out of the box. People LOVED that shotgun. Rugged, reliable, locked up like a bank vault. A magnificent piece of Americana.”

These deluxe sporting arms are defined not only by their elegant simplicity and master workmanship but as symbols of the golden age of American manufacturing. Indeed, the highest condition Model 21 examples represent gunmaking as a fine art. 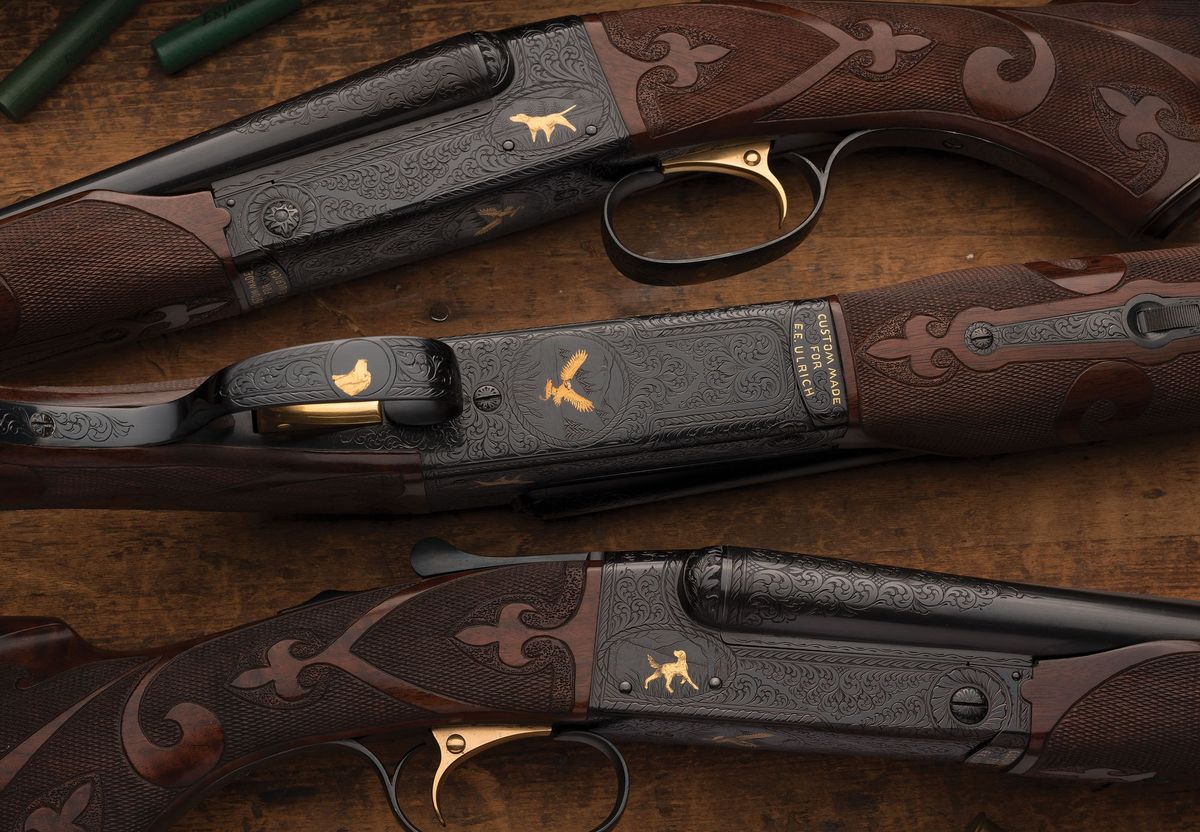 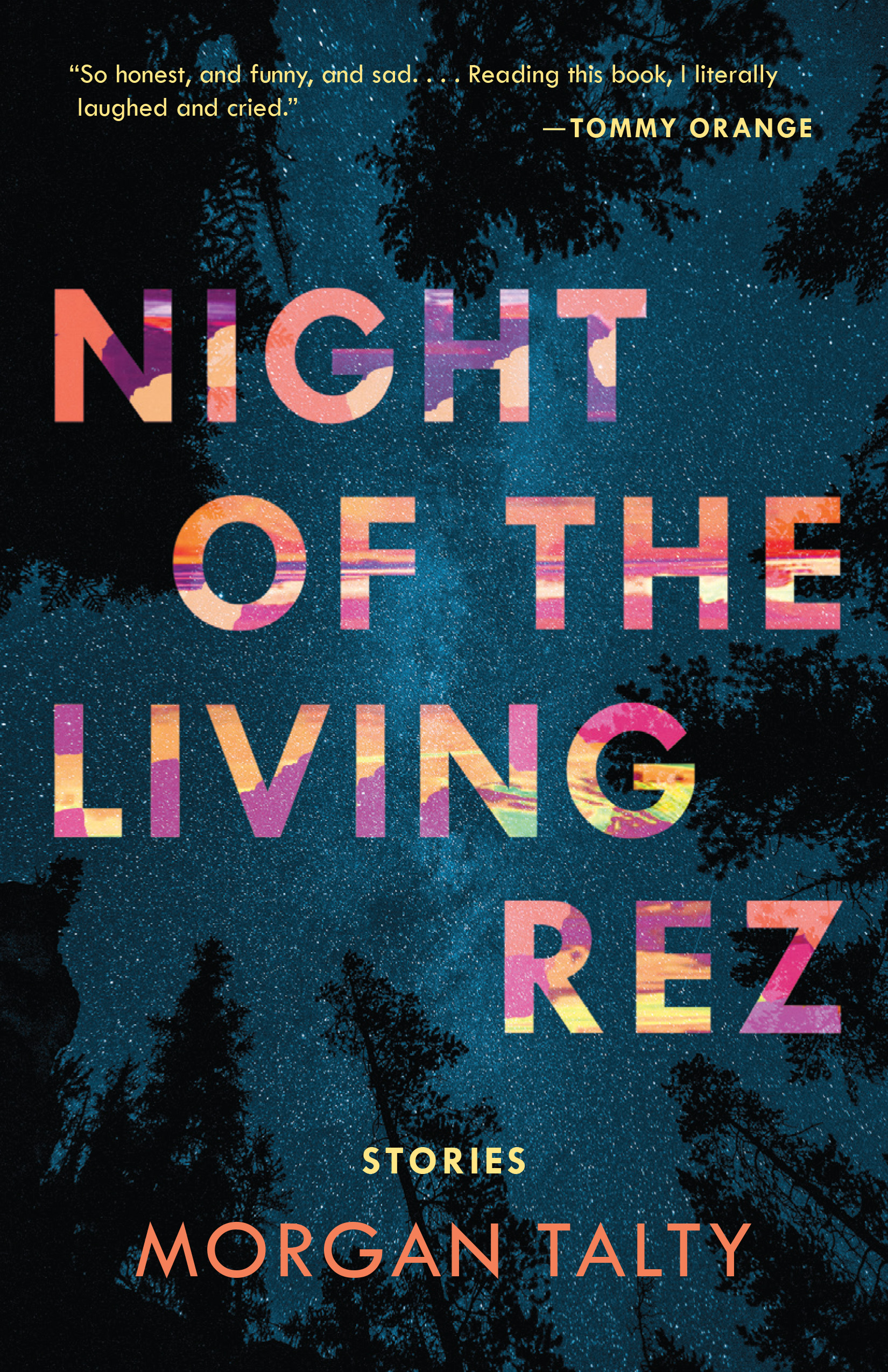 Set in a Native community in Maine, Night of the Living Rez is a riveting debut collection about what it means to be Penobscot in the twenty-first century and what it means to live, to survive, and to persevere after tragedy.

In twelve striking, luminescent stories, author Morgan Talty–with searing humor, abiding compassion, and deep insight–breathes life into tales of family and a community as they struggle with a painful past and an uncertain future. A boy unearths a jar that holds an old curse, which sets into motion his family’s unraveling; a man, while trying to swindle some pot from a dealer, discovers a friend passed out in the woods, his hair frozen into the snow; a grandmother suffering from Alzheimer’s projects the past onto her grandson; and two friends, inspired by Antiques Roadshow, attempt to rob the tribal museum for valuable root clubs.

A collection that examines the consequences and merits of inheritance, Night of the Living Rez is an unforgettable portrayal of an Indigenous community and marks the arrival of a standout talent in contemporary fiction.

Hat tip to Gravel and Guts: Grit Lit and Country Noir Books for the recommendation.
*
I never played Dungeons & Dragons in my youth, though I know folks who built amazing creative lives around the game. I recently stumbled upon an outfit called Flagbearer Games that has a D&D-style roleplaying campaign around the American Revolution — not neglecting the frontier theater of war. It’s called Nations & Cannons.

The year is 1775. The British have amassed in Boston, and the 2nd Continental Congress has just formed a provisional government. Without help, the Patriots will surely fall to the British forces. Join the fight for liberty in this Revolutionary campaign setting for 5e.
Nations & Cannons has everything you need to play historical adventures set in the American Revolution. Well researched and vigorously play tested, these rules include new backgrounds, feats, and character options for living and fighting as an unconventional hero in the 18th century. 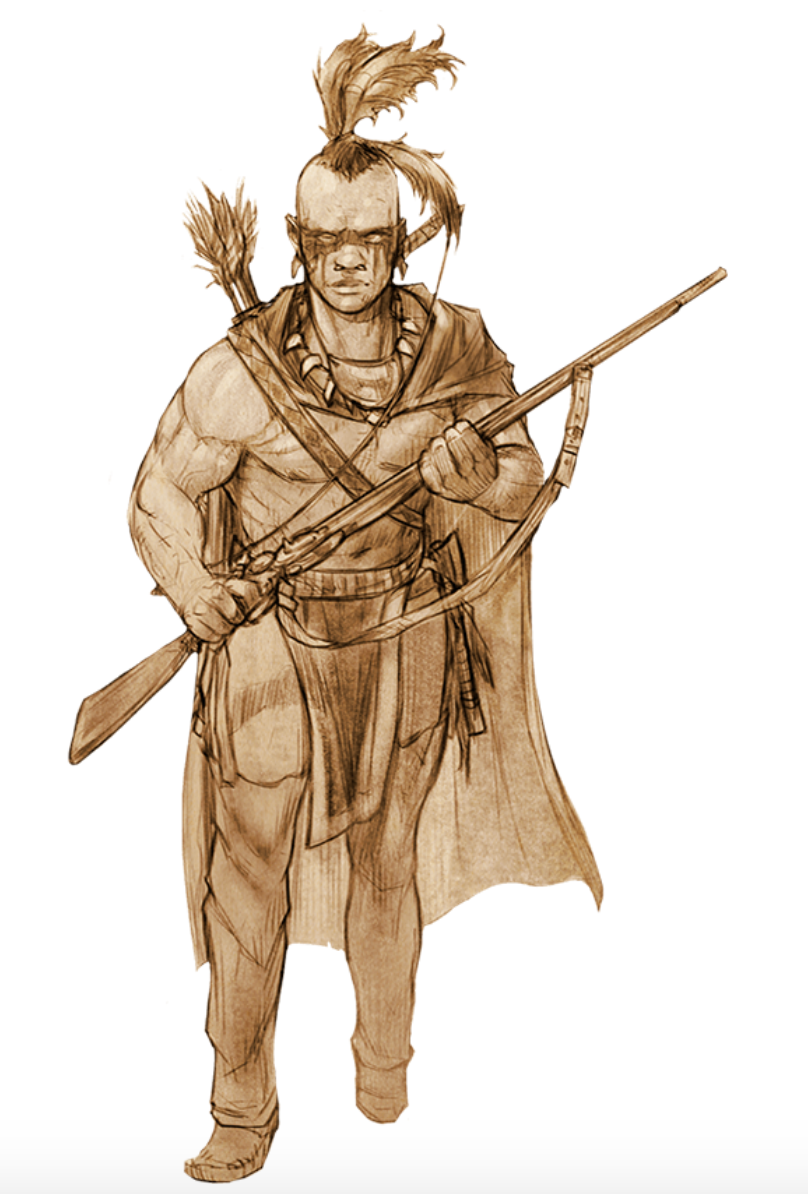 Many characters are actual historical figures, including the Oneida partisan Tegahsweangalolis (Saw Mill) aka Paul Powless. He was among the many Oneida who sided with the Americans in what amounted to a Haudenosaunee civil war in the Mohawk Valley. Tegahsweangalolis once confronted the Mohawk war captain Thayendenegea, Joseph Brant.
From OneidaIndianNation.com:

Further accounts of the Oneidas in the Revolution were provided in the manuscript by descendents, including the story of Paul Powless or Ta-ha-swau-ga-lo-lus, Saw Mill, as told by his son, Henry:

Paul was a chief and was present at the siege of Fort Stanwix. He acted as an express (messenger) and spy for the colonists. Additional Oneidas were also at the fort – some inside, others outside as spies and pickets (lookouts).

Alone in the woods miles from the fort, Paul came upon the approaching enemy, who also discovered him. (Joseph) Brant – a Mohawk, siding with the British – called to him to cease his retreat and pledged no harm would befall him. Paul raised his weapon and asked Brant to come and speak to him alone. Brant agreed. Paul kept his weapon on Brant with his finger on the trigger and told Brant to speak his mind.

The following is directly taken from Paul’s son’s recollection of his father’s experience with Brant:

“…. [he] bade Brant deliver whatever message he had to offer. Brant insinuatingly offered him a large reward, and a plenty as long as he should live, if he would only join the King’s side, and induce other Oneidas to do so, and help the British to take Fort Stanwix. Powless firmly rejected any such blandishments, saying he and his brother Oneidas had joined their fortunes with those of the Americans and should share with them whatever good or ill might come. Brant portrayed the great and resistless power of the King, and profess[ed] to deplore the ruin of the Oneidas if they should foolishly and recklessly persist in their determination. Powless replied that he and the Oneidas would persevere, if need be, till all were annihilated; and that was all he had to say, when each retired his own way.”

Another character is the Shawnee Nonhelema — The Grenadier Squaw — so named for her exceptional stature. Readers of Allan W. Eckert will remember her, and James Alexander Thom wrote a historical novel around her Story. 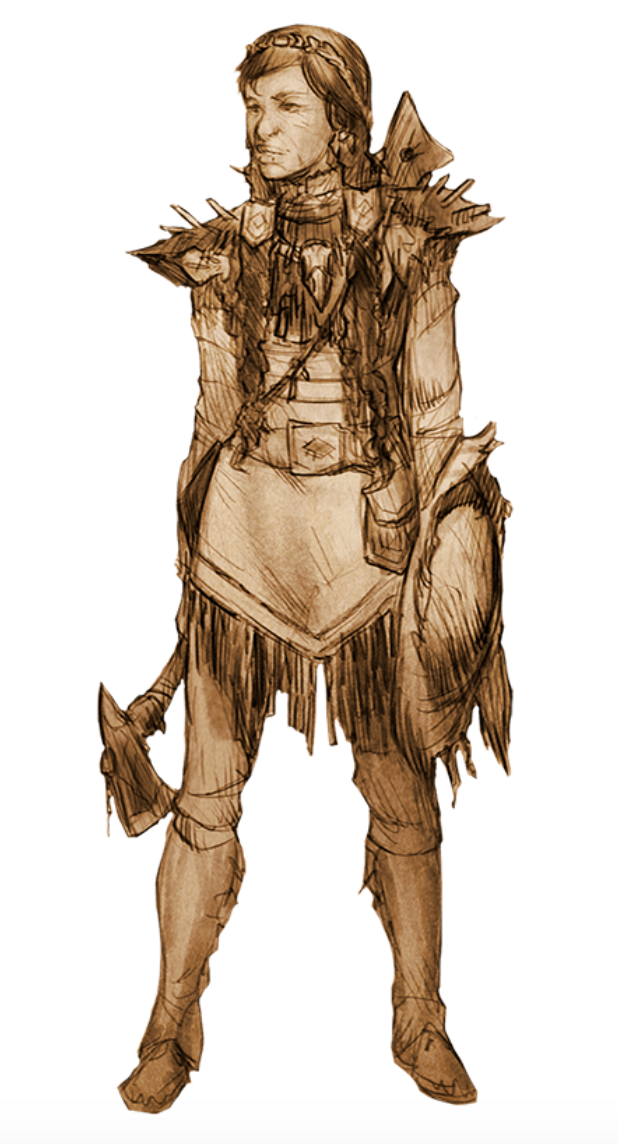 She was the sister of the influential Cornstalk, and a village leader in her own right. 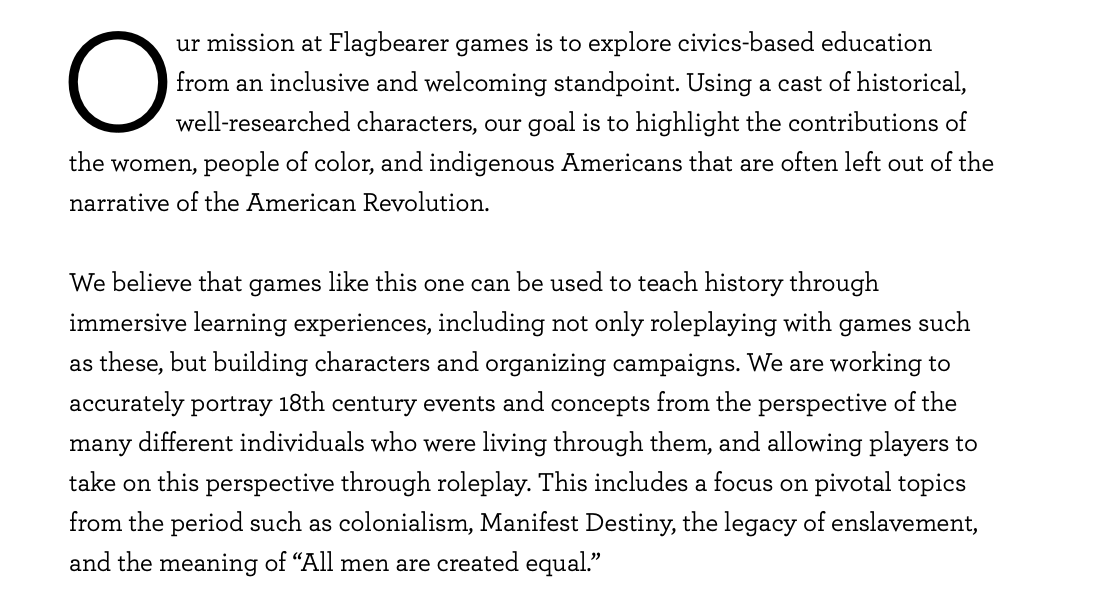 There’s more, and some of it is couched in “diversity, equity & inclusion” language that sets my teeth on edge. I appreciate the inclusive take on the Revolution — I celebrate the fact that the voices of the very diverse frontier America of the 1770s-’80s (English, Dutch, German, French, Irish, Scottish, African, Haudenosaunee, Algonquin…) are actually getting heard nowadays. But apparently one can’t let the actual diversity simply speak for itself, and there’s this weird solicitude further on in the mission statement toward those who might be traumatized by delving into the history. I don’t think it serves anyone to assume that people are that fragile.

That aside, I think this is cool and 15-year-old me would have been a player. If it gets young folks turned on to this country’s history, I’m for it. 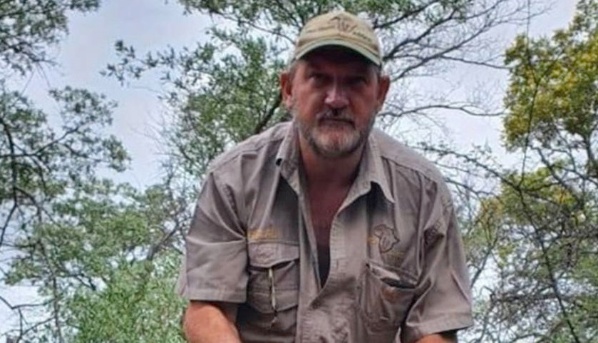 Riaan Naude was shot to death near his car in the eastern South African province of Limpopo, which is home to part of the country’s Kruger National Park.

The 55-year-old was the owner and founder of Pro Hunt Africa – a group that organised paid hunting trips for customers.

Naude was found by police on Monday “​​lying with his face up” with “blood on his head and face,” according to a police spokesperson.

Some local reports suggest that Naude was killed shortly after he stopped on the side of the road after his car overheated. Another car is believed to have pulled up alongside him before two men got out and shot him from close range. The suspects then quickly drove off after stealing one of Naude’s guns.

An investigation into Naude’s murder is underway, and there’s currently no suggestion that he was targeted because of his trophy hunting – a lucrative activity that remains legal in South Africa.