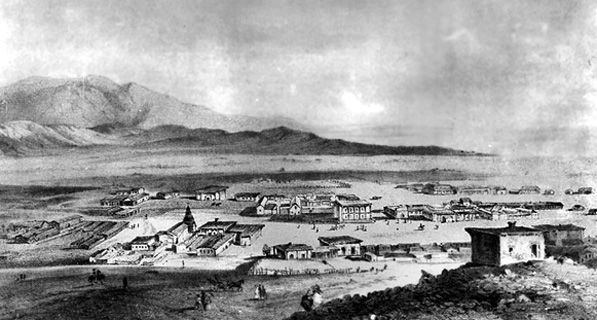 I was born and raised in the northern suburbs of Los Angeles — a town called La Crescenta to be specific. My wife Marilyn and I left Southern California for Oregon in 1993 — 29 years ago. So I’ve spent more of my life in Oregon than I did in LA. Yet, part of me still thinks of LA as “home,” which is probably the way most of us think of the place where we grew up.

Folks are sometimes taken aback when they hear that I come from LA. They see the hat and the boots and my frontier obsessions and it doesn’t jibe with their mental image of LA — which I guess is the stereotypical la-la land of freeways and Hollywood, where everybody is working on a screenplay.

“Los Angeles is the culmination of every bad trend of the 20th century: cars and freeways, mass media, and vanity. Suburbia. Playing chicken with the water in a desert. LA hasn’t been aspirational since a Beach Boys song.”

Now, I did bump up against that stereotypical Los Angeles a bit, but my LA was mostly… not that. 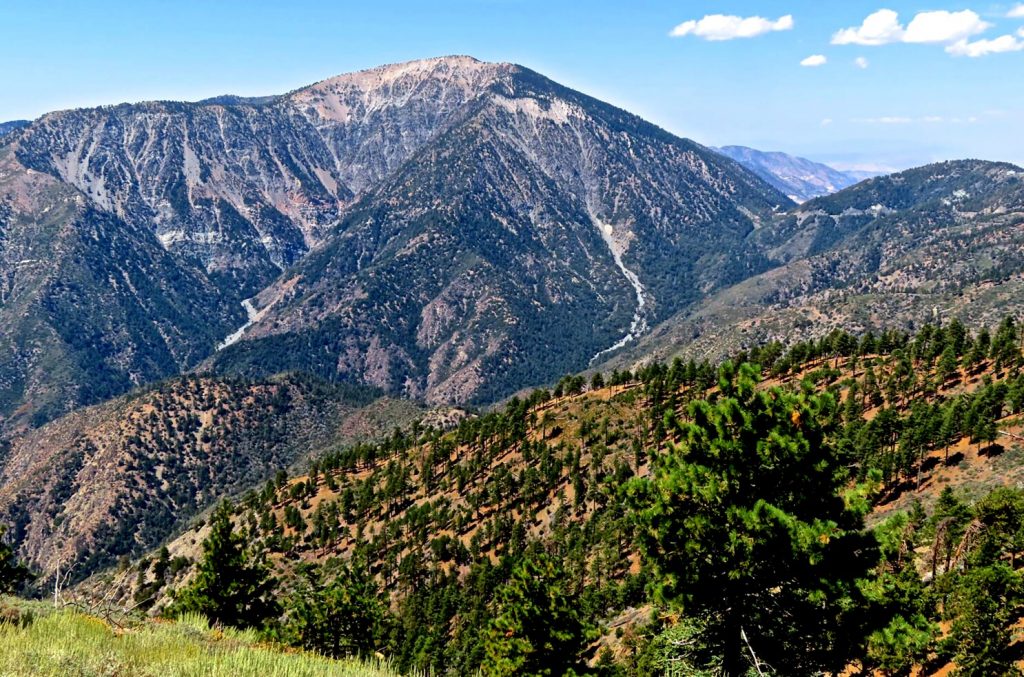 I grew up right up against the foothills of the Angeles National Forest. My folks had a cabin in a little mountain town at the end of the Angeles Crest Highway called Wrightwood, so I grew up running around in the woods. My friends and I frequently strung together epic 20-mile hikes in those rugged mountains, which were traditionally capped by getting drunk at The Yodeler. 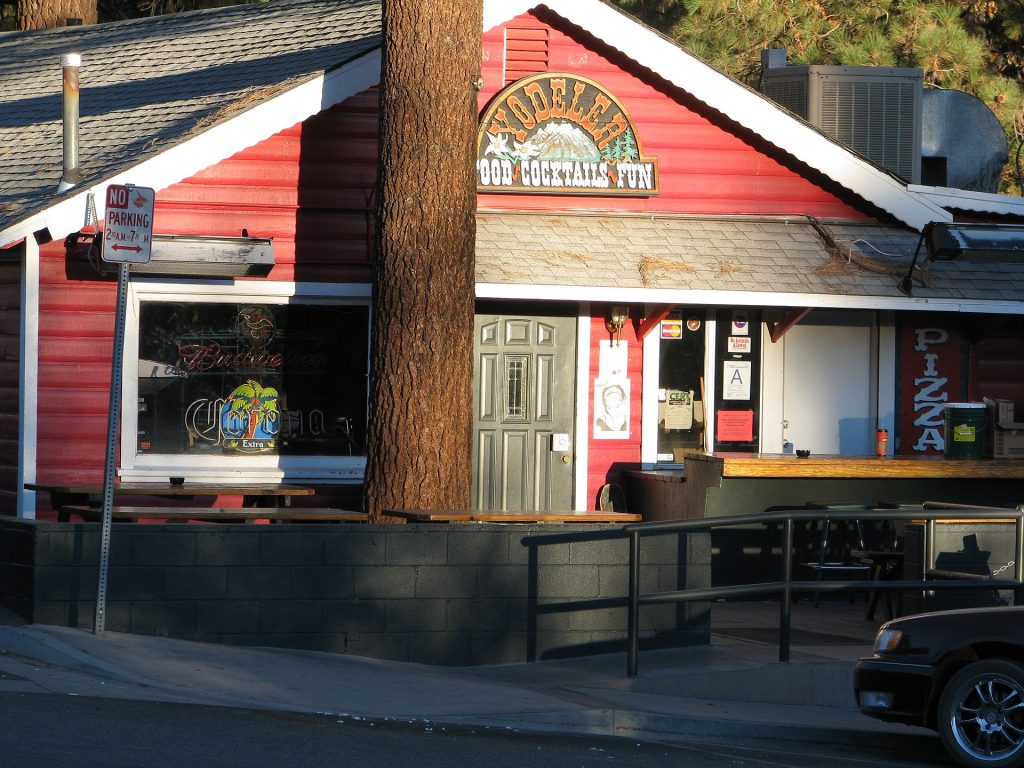 If we wanted something bigger, we could drive three hours or so and climb Mt. Whitney or hike out of Independence in the Owens Valley up over Kearsarge Pass in the High Sierras.

You didn’t want to be too obviously from Los Angeles — LA stole the Owens Valley’s water in the first part of the 20th century, and Owens Valley folks were still pissed off about it. 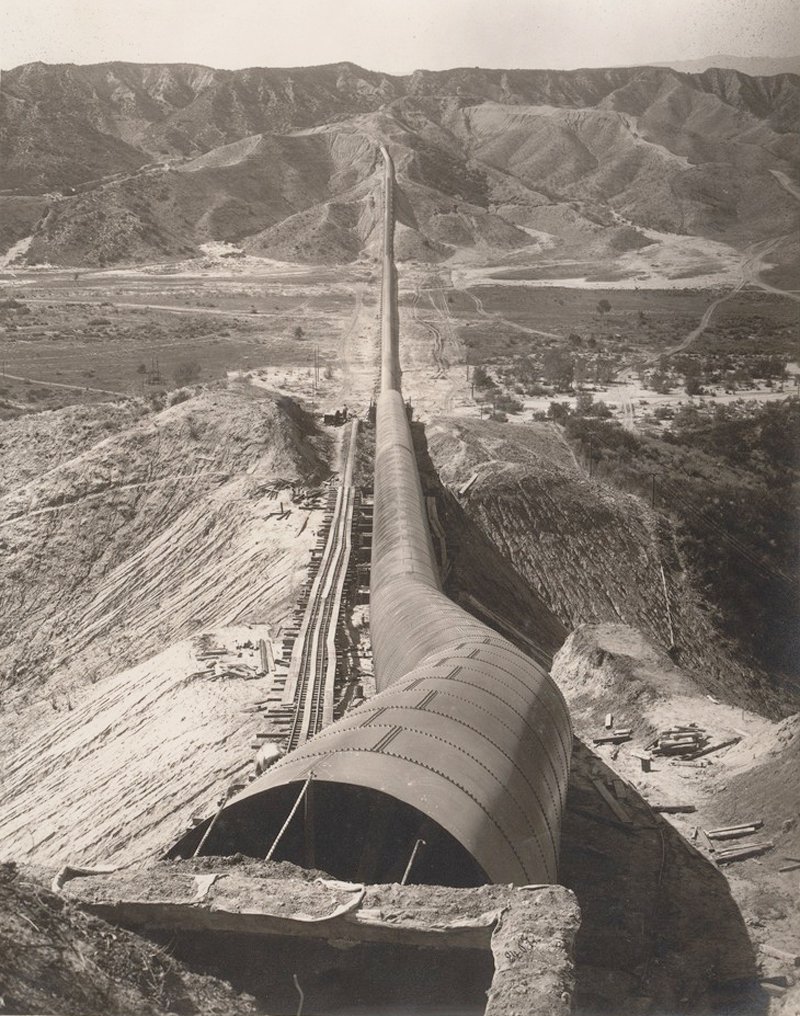 Back then, there were plenty of places to go shooting out in the mountains and desert. I haunted the Gene Autry Western Heritage Museum (now the Autry Museum of the American West) in Griffith Park, which was a wonderful place to explore the frontier of history and the mythic imagination. 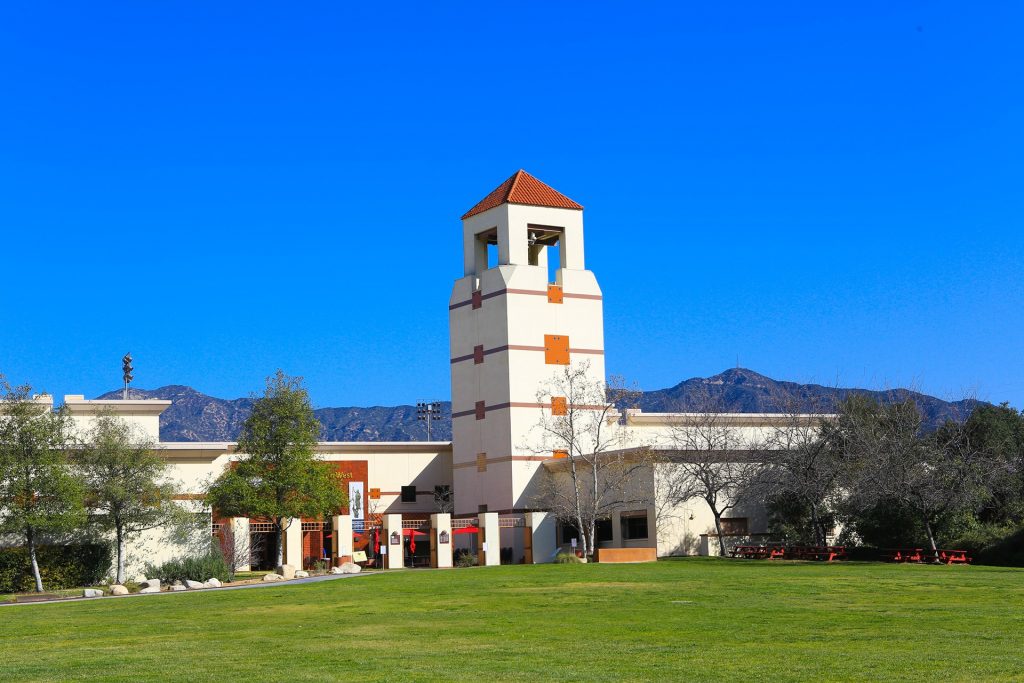 The Palomino Club in North Hollywood and the Crazy Horse Saloon in Santa Ana were two of the best country music venues in America; I saw Emmylou Harris and the Nash Ramblers at the Crazy Horse maybe 15 feet from the stage.

There was a lot to love about that life in Southern California, and I likely would have never left — except that it just got too damn crowded and too damned constrained. The open shooting areas got closed down, and the feds imposed a permit system to climb Mt. Whitney. Hell, the The Palomino Club and the Crazy Horse aren’t even there anymore. 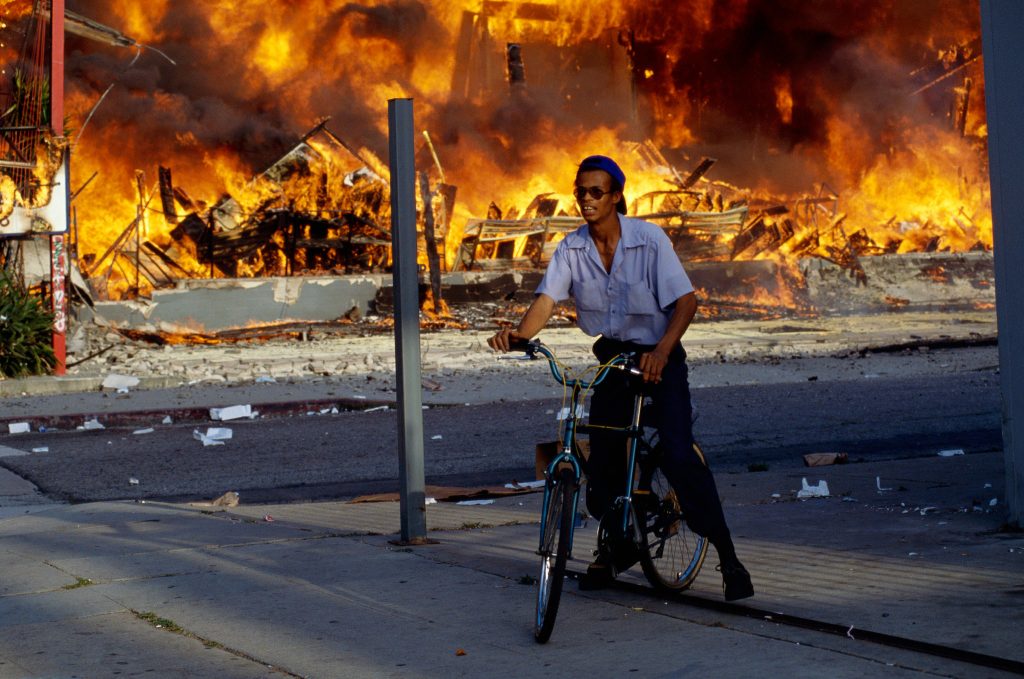 The Rodney King Riots in 1992 were an ugly thing that made Marilyn and I think long and hard about raising a family in the city — or even on the edges of it. We took the Oregon Trail north, and as I hit Ventura I pushed in a cassette of Guy Clark singing “if I can just get off or this LA Freeway without getting killed or caught.”

We were down the road in a club of dust, alright, but I can’t claim that I never looked back. I’m looking back now.

But this ain’t an exercise in nostalgia. Los Angeles is steeped in real-deal frontier history — it’s just buried under acres of cement in what L.A. writer D.J. Waldie called “the landscape of amnesia.” 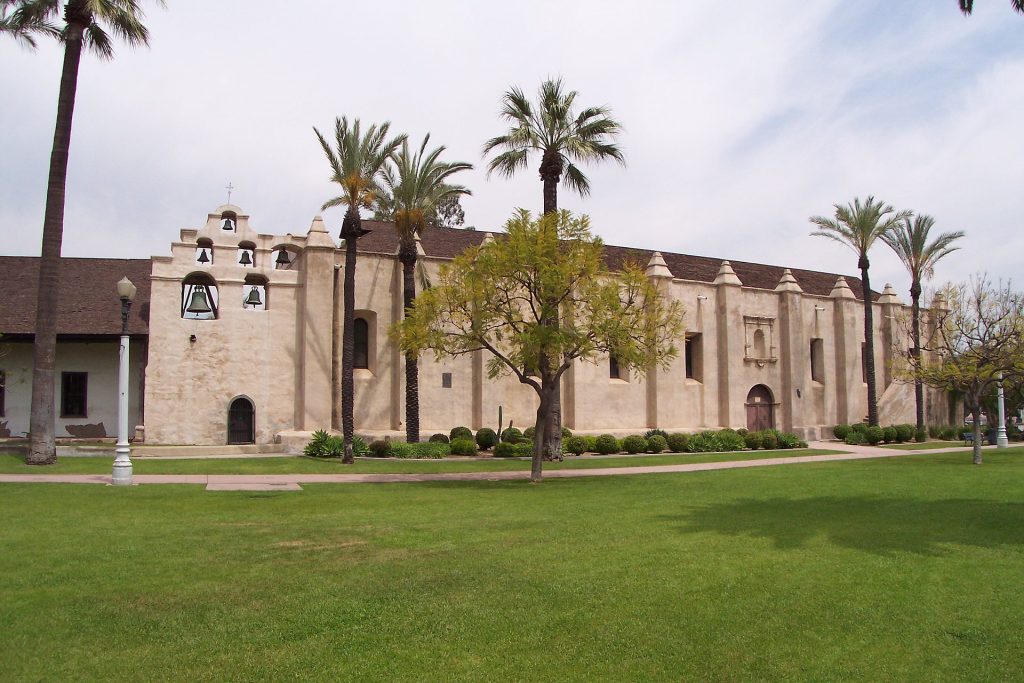 Mountain Men like Kit Carson, Ewing Young and Jedediah Smith sojourned at Mission San Gabriel in the 1820s, after brutal crossings of the Mojave Desert. In 1854, Mountain Man Andy Sublette was mauled to death by a grizzly bear in Malibu — and it just doesn’t get any more Frontier Partisan than that. There’s a reason that Old Ephraim is on the state flag — although the grizzlies were eradicated right quick. 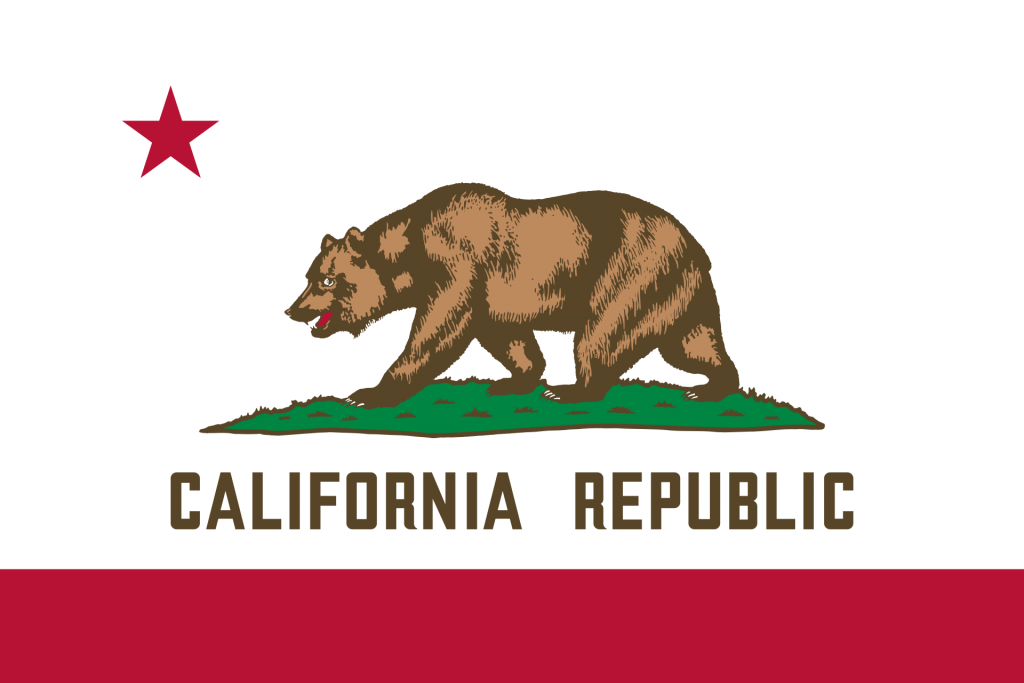 The Californio bandit Tiburcio Vasquez rode the canyons and washes where I hiked as a teenager, and was finally captured on a Rancho that lies not far from what is now the Sunset Strip. Davy Brown, one bloody bastard and a survivor of the notorious Glanton Gang of Blood Meridian fame, was lynched in downtown LA for killing one Pinkney Clifford. 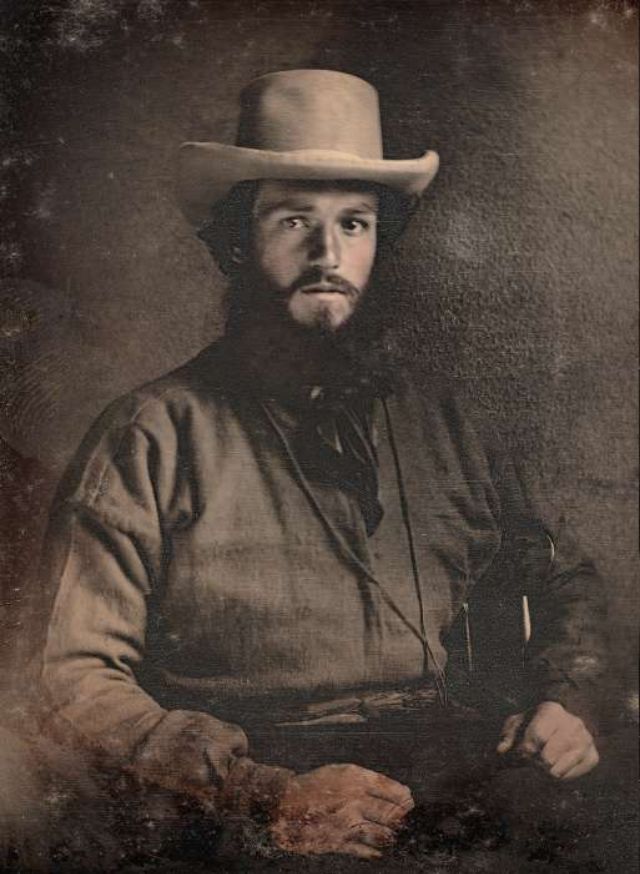 The young men who flooded into California in the 1850s — men like this dashing feller — were part of a masculine honor culture that often resorted to violence.

In the 1850s, Los Angeles was the wildest of Wild West towns. To bastardize that great writer of LA of a later period Raymond Chandler, “down these mean streets men must go” — men armed to the teeth with Bowie knives and cap-and-ball revolvers. The men who made up the society pf Gold Rush-era Los Angeles came out of honor cultures — Mexico, the American South — and they readily resorted to violence. John A. Lewis of the Los Angeles Star wrote in 1853:

LA Noir got off to an early start. 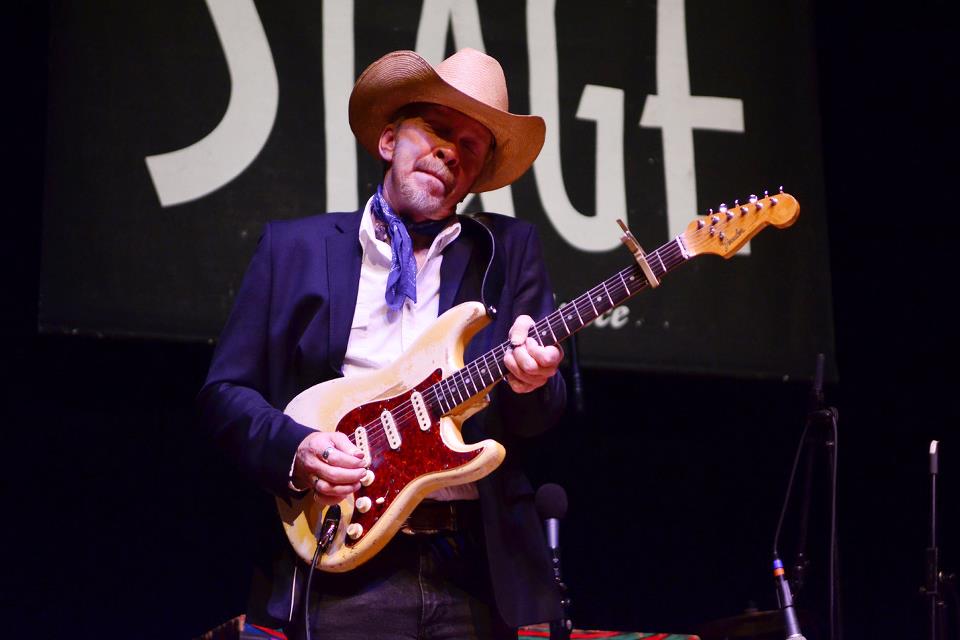 One of my musical heroes — songwriter and Strat-slinger Dave Alvin is a fourth-generation Californian, and he’s steeped in the history of a Los Angeles well outside the neon glow of Hollywood. In an LA Times story he described the way landscapes of his youth were bulldozed and paved over in LA’s relentless quest for “development.” Something he said in that interview resonates with my mission for these next few podcasts.

“If you can’t go back to that landscape, the orange groves or the stands of oak or whatever, the stories you tell can fill in some of that landscape. I think people are looking to tell those stories. It’s like ripping up cement.”

So join me and let’s rip up some cement and rattle the bones of the Frontier Partisan history that lies beneath it. We’ll see you down the trail.

As referenced in the podcast: