The Almighty Algorithm threw something wonderful in my path in the wee hours of the morning. I look forward to exploring the work of Les Hiddins, aka The Bush Tucker Man. This is exactly what I needed at the present moment — literal time in the bush and virtual time in the bush — to stay grounded in the turning and turning of the widening gyre. (To that end, I took Lady Marilyn out for a ramble among a plethora of wildflowers at Zimmerman Meadow a couple of days ago; a fine way to bust out of COVID confinement).

Anyhoo, Les Hiddens is our kinda feller. I get a kick out of the fact that his Akubra hat became so iconic that it’s in an Australian museum. That’s a hat-appreciating culture. 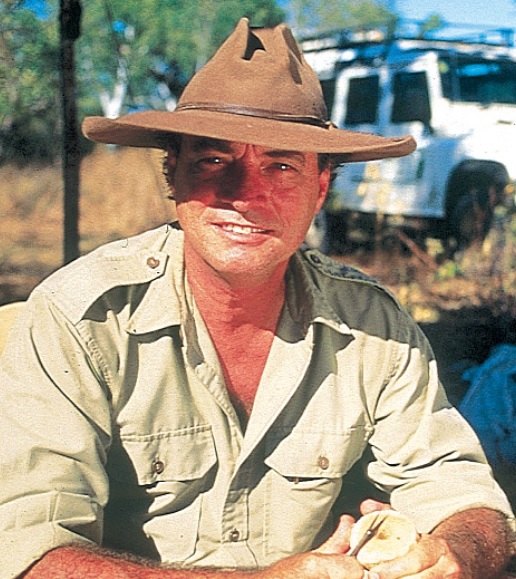 Hiddins came to fame through a 1990s TV show that was apparently quite beloved in Australia. He’s still at it out in the bush — a bit thicker and more weathered as we all tend to be as time marches on. He replaced his hat. 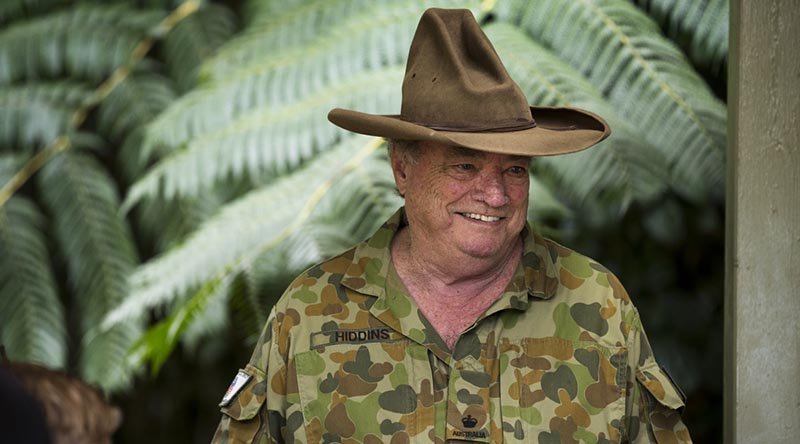 Retired Australian Army Major Les Hiddins, also known as Australian television’s ‘Bush Tucker Man’, briefs soldiers and Marines from the Australian Army, United States Marine Corps, United States Army and the Chinese People’s Liberation Army on some ‘rules of the bush’ prior to them stepping off on a 15km overnight hike up Mount Bartle Frere, the tallest mountain in Queensland, during Exercise Kowari 2017.

Major Hiddins served in the Army in Vietnam and was later tasked by the ADF to catalogue all of the edible plants in far north Queensland, which he did working with Aboriginal people from the area – who gave him the nickname “the Bush Tucker Man”.

In 1988, the ABC turned Major Hiddins’ research into a television show featuring him as the host and the aptly named show the Bush Tucker Man, with three seasons beamed into Australian homes.

As a soldier with the Australian Army, Hiddins did two deployments in South Vietnam between 1966 and 1968, the first as a forward scout in the infantry. In 1980, he was awarded a Defence Fellowship to research survival in northern Australia. He was the principal author of the Australian Army’s military Survival manual (1987) and was awarded Member of the Order of Australia (AM) in 1987.[1]

This research turned into the TV series The Bush Tucker Man. The series involves Hiddins driving around in a Land Rover Perentie, then in later episodes a County 110 with his trademark hat, finding and describing native Australian bush food or “bush tucker”.

From bush tucker to badassery…

The final season of Peaky Blinders hits Netflix today — the climax of the epic saga of a Birmingham gang of Irish Gypsies. I invoke the Colin Calloway theme that frontiers exist in all kinds of places, including urban environments to proclaim Peaky Blinders outstanding Frontier Partisans storytelling.

The Old Man premiers on FX on June 16.

The Terminal List is a couple of weeks down the road, but there’s now a full trailer.

That oughta keep us well occupied…