Barry McKnight scouted up the new brand-new, full-length trailer for Prey. I’m in. 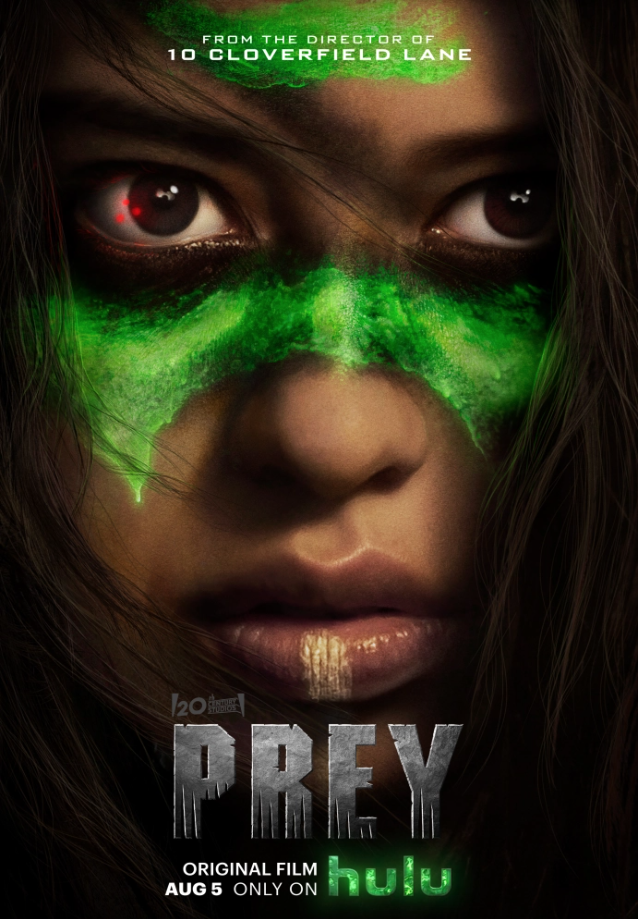 If you haven’t seen previous posts, here’s the caper from Deadline:

Set in the Comanche Nation 300 years ago, Prey tells the story of a young woman, Naru (Amber Midthunder), a fierce and highly skilled warrior. She has been raised in the shadow of some of the most legendary hunters who roam the Great Plains, so when danger threatens her camp, she sets out to protect her people. The prey she stalks, and ultimately confronts, turns out to be a highly evolved alien predator with a technically advanced arsenal, resulting in a vicious and terrifying showdown between the two adversaries.

I have a strong bias, of course, but frontier North America has always seemed to me to be an ideal setting for horror/sci-fi/fantasy. For Europeans, it was an alien world, full of threats. For the native peoples, the arrival of Europeans was an apocalyptic alien invasion. The landscape itself is often fantastical and weird. That’s rich hunting grounds for storytellers.

Note that there are Europeans with firearms in the mix. I will be interested to see who they are. The timestamp of 300 years ago marks the date at 1722, when Comanche bands and family groups were already established in the Southern Plains. Probably Spaniards, but could be French. Not too many English in that neighborhood, but suchlike could be explained.

I always feel a poignant pang at storytelling like this, because I think this is the kind of story Robert E. Howard might well have told, had he not cut his storytelling career short through suicide. As with Black Sails, I like to think that his shade haunted the writers’ room.

Previous Post: « Working The Trapline — ’Rona Blues & African Roots
Next Post: The Old Bison Has Gone Up The Trail »