The to-be-watched queue is growing at the same daunting pace as the to-be-read pile. There are worse problems to have. There is quite a feast of Frontier Partisan cinema to delve into out there in the wild — a couple of them coming from the outback of Australia and featuring indigenous leads. However, we’ll start stateside… 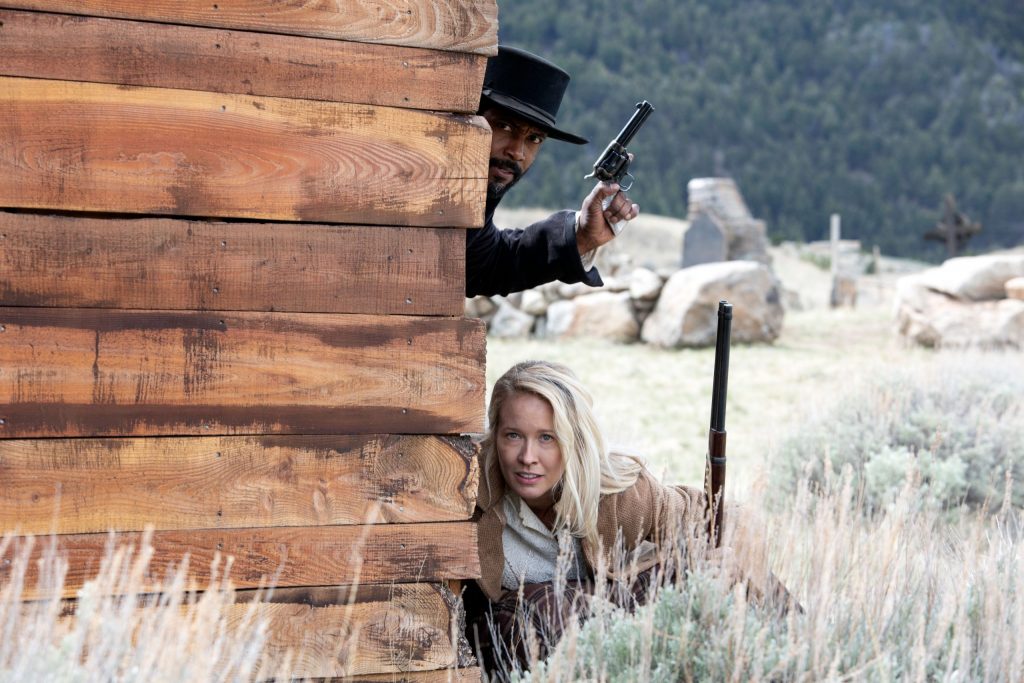 A couple for the frontier crime portfolio — one a Western, another a contemporary drama out on the fringes. I’ve known about Murder At Yellowstone City for a while now because Captain Vane from Black Sails (OK, actually Zach McGowan) has a gunslinging role. The trailer for the movie has dropped, and Cowboys & Indians magazine ran out a preview:

Set for a June 24 theatrical and digital release, Murder at Yellowstone City pivots on Cicero (Isaiah Mustafa) a former slave who wanders the 1881 frontier in search of a place to call home. At first, Yellowstone City — a once-thriving Montana Territory boomtown now on the decline — looks like the place he’s been looking for. The population already encompasses a fair share of outcasts, including a saloonkeeper (Richard Dreyfuss) hiding his union with the man he loves (John Ales); a daughter of the Mexican wars (Aimee Garcia) who’s ferociously protective of the saloon girls and the town’s orphans; and a Lakota Sioux woman (Tanaya Beatty of TV’s Yellowstone) who, as the sole survivor of the massacre that took her band, is now caught between the culture she lost and the life she is building.

On the day that Cicero arrives, however, a local prospector discovers gold – and is murdered. Sheriff James Ambrose (Gabriel Byrne) assumes the killer is the newcomer, because “he’s the only man who doesn’t know what I’ll do to him.”But as the mystery of the prospector’s murder deepens, and a clash between faith and the law threatens to tear the town apart, Thaddeus Murphy (Thomas Jane), the town’s new minister, and Alice (Anna Camp), his missionary wife, must stand up to Sheriff Ambrose and bring the true culprit to justice.

True Detective is coming back, and headed for the Last Frontier. Here’s the caper from Deadline: 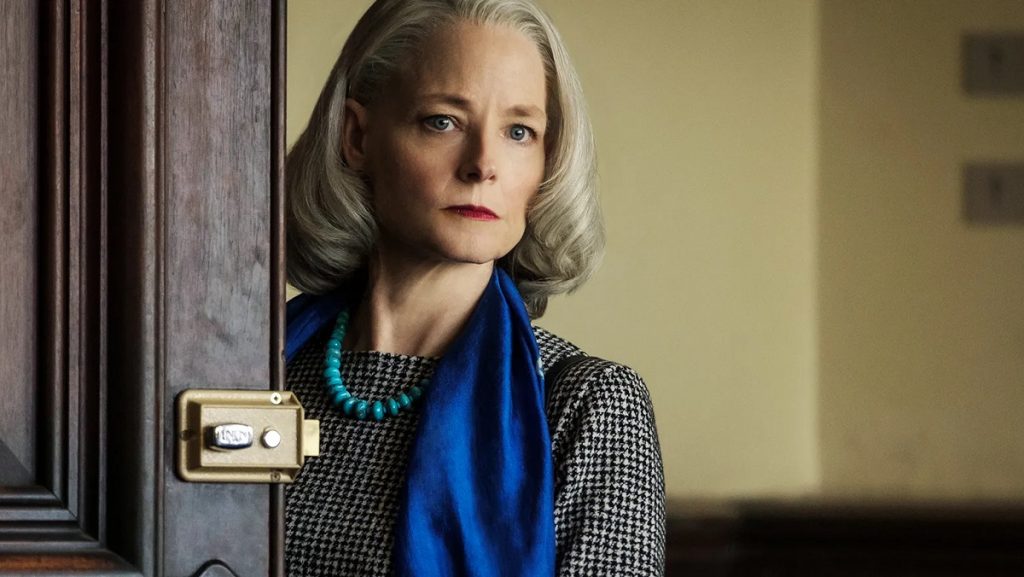 Foster, who will also exec produce the series, will play Detective Liz Danvers in the series, which comes from writer and director Issa López and executive producer Barry Jenkins.

The series is centered around Detectives Liz Danvers and Evangeline Navarro who are looking to solve the case of six men that operate the Tsalal Arctic Research Station vanishing without a trace, when the long winter night falls in Ennis, Alaska. The pair will have to confront the darkness they carry in themselves and dig into the haunted truths that lie buried under the eternal ice.

Haunted truths that lie buried under the eternal ice? Yeah, I’m in.

The initial release of Firebite sort of blew by me last year. I thought, yeah, I oughta check that out… Gonna get to it now, cuz it’s Frontier Partisan business. Here’s the caper:

Welcome to Opal City. This remote Australian Outback mining town is the last colonial stronghold for vampires and when the King Vampire arrives with plans to take over and kidnap locals for their blood, it’s up to two aboriginal renegades, Tyson and Shanika, to stop him and end the 230-year war.

I am intrigued by the premise, which recasts the dark colonial history of Australia in the vampire mythos. As a review in IndieWire recounts:

The plot is set in motion when the last surviving centuries-old vampire surfaces in a remote town at “the edge of the planet,” where an abandoned network of mines lies beneath a surface covered with crater-like holes that serve as passageways. Called the King and played by a steely-eyed Callan Mulvey, he is determined to expand the only remaining vampire colony and raise the blood suckers from out of their subterranean hiding place. In his way are a couple of Blackfellas (an informal term Aboriginal Australians use to refer to themselves): the charmingly reckless Tyson and his adopted teen daughter Shanika, a toughie who soaks up Tyson’s lessons on how to hunt and kill. 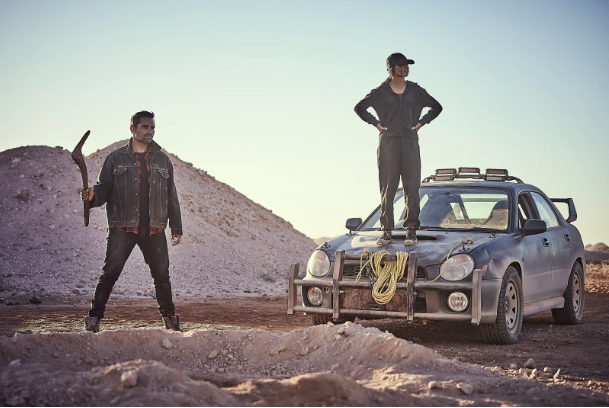 They are called blood hunters, but our heroes are effectively Indigenous trackers, recalling early Aboriginal trackers used by colonizers to hunt criminals and find the missing, in an overarching conflict over whose law shall govern the land. The late David Gulpilil (who passed away November 29) starred in Rolf de Heer’s “The Tracker” (2002) — perhaps the most accessible screen depiction of Indigenous trackers — in a story about a guide assigned to help three white men hunt a fugitive.

This kind of recasting of history in a mythic realm has some real benefits, methinks. It can draw in people who think they’re not interested in “history” because it”s “boring.” And by going “mythic,” such yarns can grapple with some of the really difficult, dark and hard-to-face aspects of history when a straight depiction might make people shy away from walking into a cultural minefield. Anyway, it’s worth a look, and I’m gonna — somehow — find a little time to scout it out. At the very least, I figure Lady Marilyn can take on some tips for Mad Maxing her Subaru. 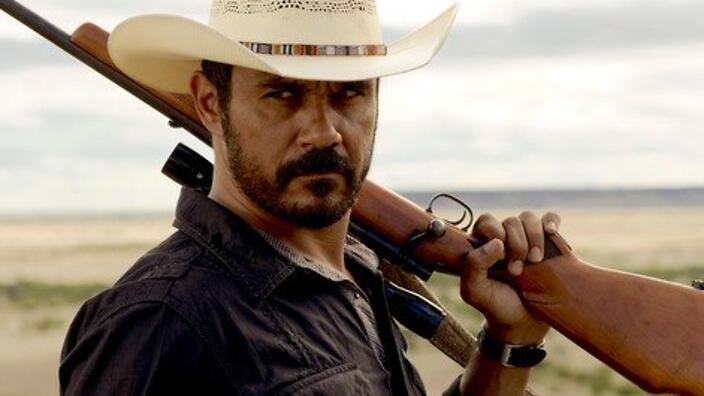 Another yarn from Down Under that I missed until now is Mystery Road, which seems to be VERY highly regarded. There’s a 2013 movie, followed by two seasons of TV series. From the looks of it, I’ll be tuning this one in, as well: 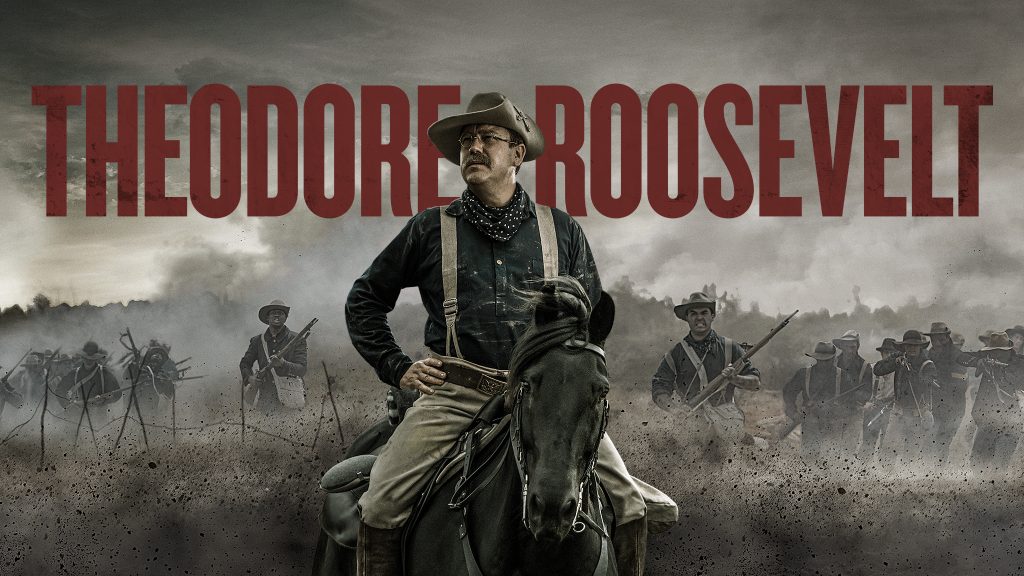