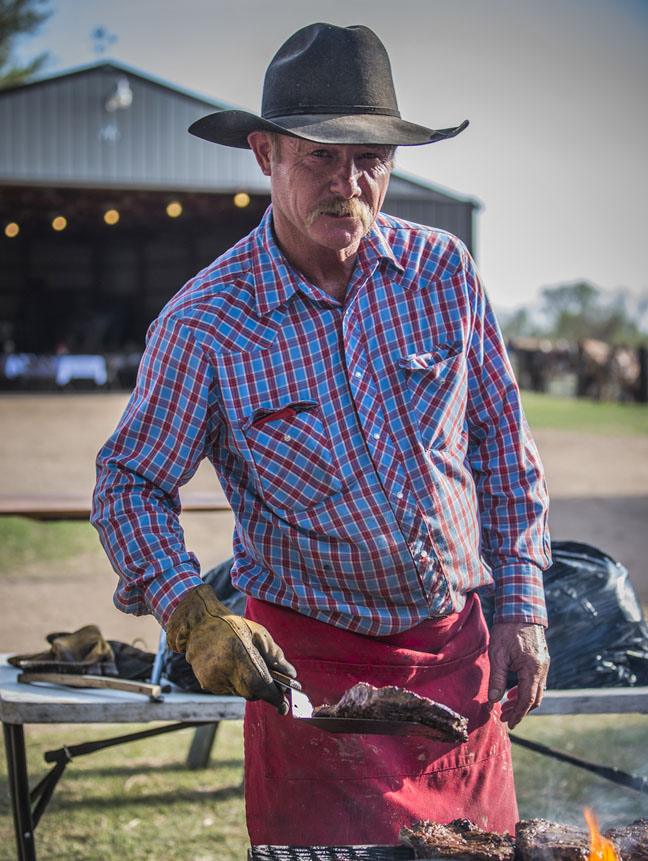 Hat tip to Deuce Richardson for scouting up a couple of videos that recognize the most crucial member of any cattle drive: the chuckwagon cook. These are just great.

Kent Rollins has carved a nice niche for himself as a cowboy cook and storyteller. His website notes:

Kent was born and raised along the banks of the Red River near Hollis, Oklahoma. Growing up, and throughout his adulthood, Kent helped his father manage cow/calf operations in the area while also taking care of their own herd.

At the beginning of Kent’s cooking career, he spent time with his uncle guiding and feeding hunters deep in the Gila Wilderness of New Mexico. From there he bought a chuck wagon in 1993 and began cooking for ranches and soon expanded into catering. Because of Kent’s growing popularity and his preservation of a historic way of life, the governor of Oklahoma proclaimed Kent the Official Chuck Wagon of Oklahoma in 1996…

…Kent and his wife, Shannon, continue to travel the country feeding hungry folks and those intrigued by their distinct and historic way of life. However, more importantly, Kent carries on the legacy of cooking for cowboys on ranches during spring and fall gatherings, a rare tradition few follow.

Kent and Shannon released their first cookbook, A Taste of Cowboy, in April 2015. It became the #2 best-selling book on Amazon and is listed in the Top 100 Cookbooks To Own in a Lifetime.

I was pleased to see Taylor Sheridan create a plot beat in 1883 around the absolute imperative for a cattle drive (or, in this case, hybrid cattle drive/emigrant train) of having a competent camp cook. Keeping a crew of cowboys well fed was critical to function and morale on a trail that offered a smorgasbord of hardships and dangers. We might say that Cookie is an unsung hero of the west, but that’s not really true. Cookie is the subject of one of the great Western ballads — The Goodnight-Loving Trail, by Utah Phillips.