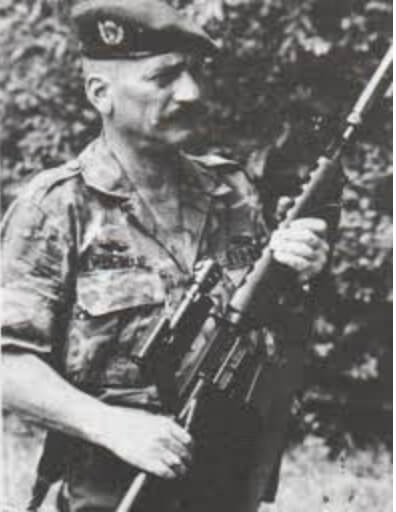 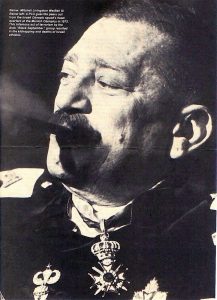 I feel like I’m poaching in Christopher Othen’s territory. I claim justification: It was Othen who put Frontier Partisans moccasins on the trail that led to the wild and wooly world of Cold Warrior Mitchell WerBell III. Here’s the caper: Reader Brian H. reported going down a rabbit hole after reading the FP post on Othen’s new book, The Men From Miami: American Rebels and Patriots On Both Sides Of Fidel Castros’s Cuban Revolution. His trail led him to Mitch WerBell, a character (literally) out of the pages of Soldier of Fortune Magazine. Brian asked if I had heard of this guy. No, I had not. My turn to dive down the rabbit hole.

What have I come out with, besides dirtying my fluffy white tail, as Robert Downey, Jr.’s Sherlock Holmes would say? Read on…

Mitchell WerBell III was the progeny of a White Russian cavalry officer, an operator with the OSS in the Second World War, a military-skills trainer and covert warrior, and the developer of innovative suppressor technology. He was the founder of the company SIONICS, which is a masterpiece of the acronym-creator’s craft. Stands for “Studies In the Operational Negation of Insurgents and Counter-Subversion.” Ain’t that droll?

I asked my friend Greg Walker about WerBell. He didn’t know him, but he knew plenty ABOUT him — there was one degree of separation through a connection with Robert K. Brown, publisher of Soldier of Fortune. As Greg put it:

The Mac-10 is a VERY compact submachine gun, most famously chambered in .45 ACP and mated up with a SIONICS suppressor. Badass commando stuff.

The best piece I found on WerBell is from our friends at Rock Island Auction Co.. I can’t do better than this, so I’m going to let them whitewash the fence.

His shadow has loomed over nearly every major global conflict over the past 75 years. He has been paid millions of dollars by Coca-Cola and Hustler Magazine, overthrown multiple communist regimes, and was there the day of the Kennedy assassination. Along with all of this, his suppressor designs revolutionized warfare and changed the world. The story of Mitchell L. WerBell III is one of brilliance, courage, and espionage. Prominent around the military intelligence community, WerBell makes Jack Bauer look like a toddler with a water gun. His service during World War II would help inspire the creation of the C.I.A., his contributions to the advancement of suppressor technology would change the modern concept of combat, and his experiences as a mercenary have enough weight to make skin crawl. An icon of his time and a true American legend, Mitchell WerBell’s life, inventions, and legacy continue to inspire and astonish to this day. 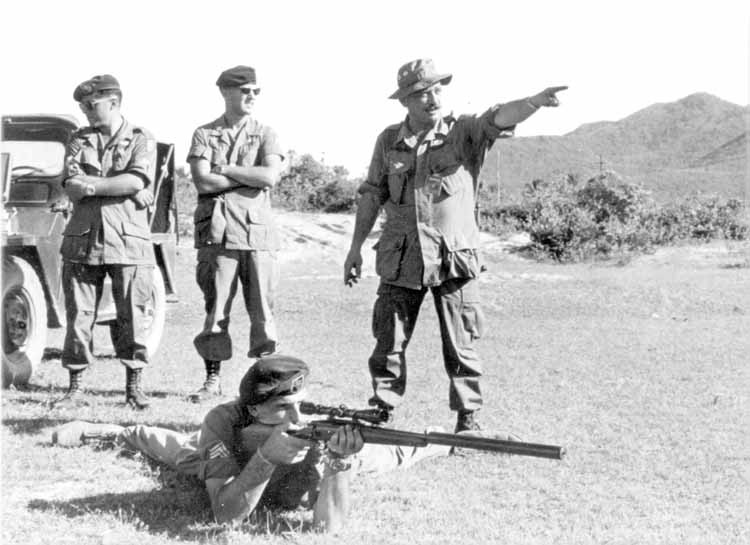 WerBell was an outsized, picaresque character in every way. Far from being the secret world’s ideal “Gray Man,” he was a flamboyant, mustachioed, cigar-chomping swashbuckler. I can’t help thinking that that this persona was quite helpful to him, because he was so larger-than-life that there is simply no way to definitively parse out fact from folklore when it comes to a lot of his activities. And THAT is as Frontier Partisan as it gets.