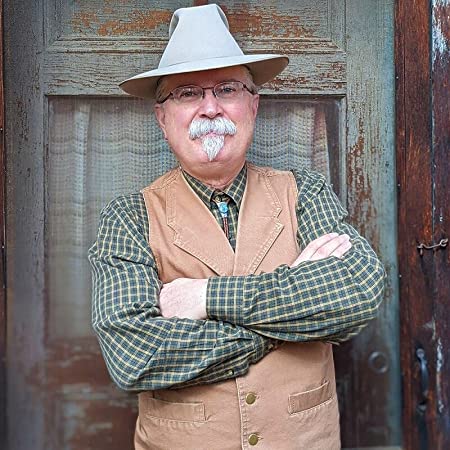 The feast of Frontier Partisans content continues. Mark Lee Gardner, who has turned in a solid collection of Western frontier history touching on the lives and legends of Pat Garrett & Billy the Kid, Jesse James, and Theodore Roosevelt, has a new dual biography coming out on Sitting Bull and Crazy Horse. I will inevitably measure any such book against Thomas Powers’ The Killing of Crazy Horse, which is one of my favorite Frontier Partisans books — and it’s a tough bar to clear. But Gardner does good work, and I will be interested to see what he brings to this epic, tragic tale.

True West is giving it big play, so hats of to Bob Boze Bell and his outfit, too. I really like this portrait of Crazy Horse. Gets the wavy hair and the scar from No Water’s pistol shot to the face from a love-triangle that turned violent. Good stuff. 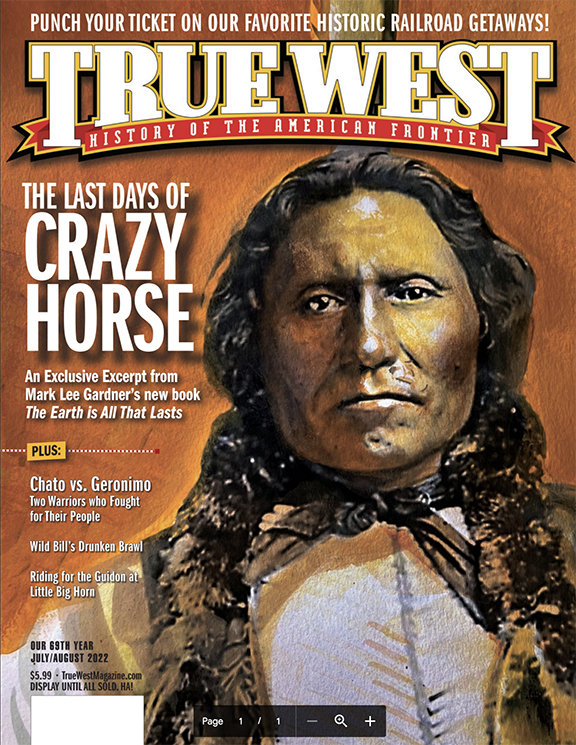 A magisterial dual biography of Crazy Horse and Sitting Bull, the two most legendary and consequential American Indian leaders, who triumphed at the Battle of Little Bighorn and led Sioux resistance in the fierce final chapter of the “Indian Wars.”

Crazy Horse and Sitting Bull: Their names are iconic, their significance in American history undeniable. Together, these two Lakota chiefs, one a fabled warrior and the other a revered holy man, crushed George Armstrong Custer’s vaunted Seventh Cavalry. Yet their legendary victory at the Little Big Horn has overshadowed the rest of their rich and complex lives. Now, based on years of research and drawing on a wealth of previously ignored primary sources, award-winning author Mark Lee Gardner delivers the definitive chronicle, thrillingly told, of these extraordinary Indigenous leaders.

Both Crazy Horse and Sitting Bull were born and grew to manhood on the High Plains of the American West, in an era when vast herds of buffalo covered the earth, and when their nomadic people could move freely, following the buffalo and lording their fighting prowess over rival Indian nations. But as idyllic as this life seemed to be, neither man had known a time without whites. Fur traders and government explorers were the first to penetrate Sioux lands, but they were soon followed by a flood of white intruders: Oregon-California Trail travelers, gold seekers, railroad men, settlers, town builders—and Bluecoats. The buffalo population plummeted, disease spread by the white man decimated villages, and conflicts with the interlopers increased.

On June 25, 1876, in the valley of the Little Big Horn, Crazy Horse and Sitting Bull, and the warriors who were inspired to follow them, fought the last stand of the Sioux, a fierce and proud nation that had ruled the Great Plains for decades. It was their greatest victory, but it was also the beginning of the end for their treasured and sacred way of life. And in the years to come, both Crazy Horse and Sitting Bull, defiant to the end, would meet violent—and eerily similar—fates.

An essential new addition to the canon of Indigenous American history and literature of the West, The Earth Is All That Lasts is a grand saga, both triumphant and tragic, of two fascinating and heroic leaders struggling to maintain the freedom of their people against impossible odds.

And the official trailer for the new Carr-based thriller series The Terminal List has dropped.

Somebody said this one gives off “Cormac McCarthy vibes.” I vaguely remember intending to read the novel this was made from a few years back. Never did, but I reckon Lady Marilyn and I will fire this up — we’re both fans of Jessica Chastain and Ralph Fiennes. And of Cormac McCarthy vibes.