Conan the Barbarian premiered in North America this day in history, May 14, 1982. The milestone has led to a tranche of retrospectives popping up in the haunted ruins of civilization that I regularly explore, and I am moved to add my own.

I was 16 in 1982, coming to the end of my junior year in  high school. And I was an ardent reader of the works of Robert E. Howard, the doomed Texan who brought Conan of Cimmeria to life in the pages of the pulp magazine Weird Tales in the 1930s. I wasn’t a purist; I read a lot of the pastiche tales written by other authors cashing in on the 1960s/70s boom in “Sword & Sorcery” fiction. But even at 16, I knew that Howard’s original was something different, something deeper and more vibrant.

My older brother John had introduced me to the tales of Conan — mostly by leaving those paperbacks with the eye-popping Frank Frazetta covers out where I could get my paws on them. 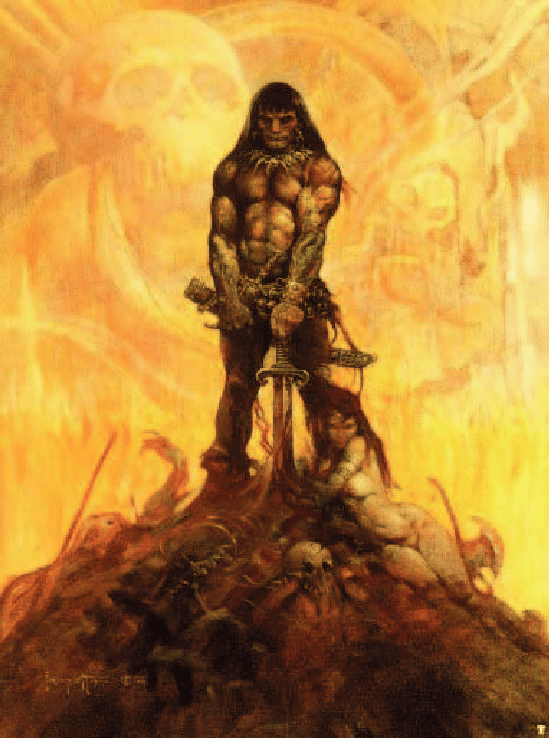 We had been anticipating the Conan movie for a while. I remember driving into the Sierras in John’s 1969 Volkswagon van, debating the merits of Arnold Schwarzenegger as Conan. The hype was that the Austrian Oak was “born to play Conan.” We, who extolled Howard’s (not Marvel Comics’) Conan, begged to differ. No one ever characterized Arnold as “pantherish,” which is a key adjective in Howard’s description of the Cimmerian.

Not that we weren’t keen to see the movie. Oh, we were. We were there for it on opening night, on the magical Brand Boulevard strip of cinemas in Glendale, California. Knocked back several Killian’s Red ales (yeah, I know) and entered an age undreamed of. 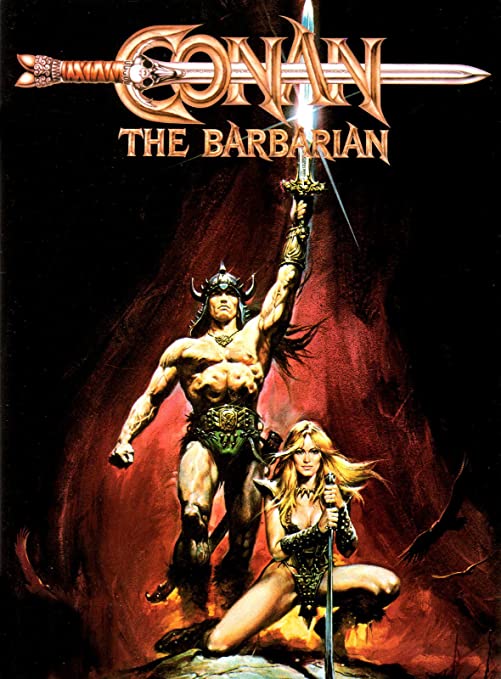 We loved it. Of course we did. It wasn’t Howard’s Conan, but we didn’t care. We went for the ride, and a satisfying ride it was. In later years, upon many VHS rewatches, I came to see how completely  this was John Milius’s film. I would go on to meet Milius several times while working for Pachmayr’s trap-skeet-sporting clays range in El Monte, California, and we had a grand conversation about the frontiersman Simon Kenton. Milius always wanted to make a film about the Kentucky Frontier Partisan, and it is sad, indeed, that that film will never be made. 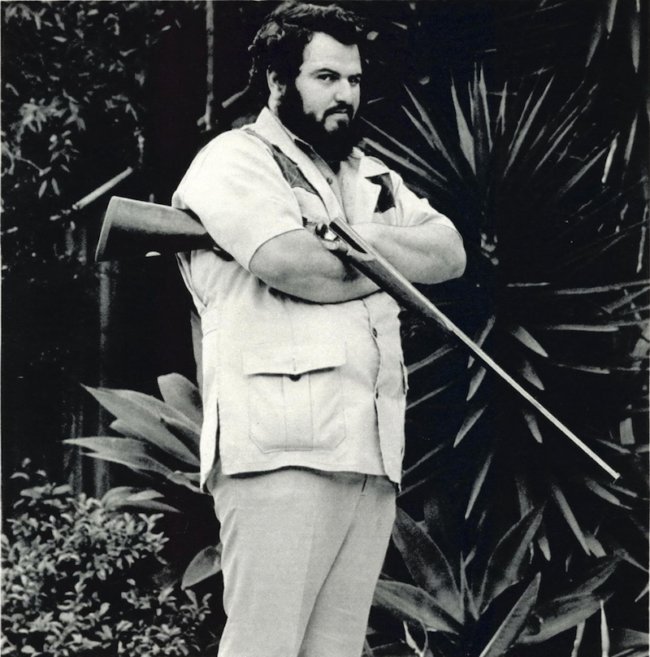 Milius is an outsized character, and his vision is stamped on everything he’s done, from the memorable moments he contributed to Apocalypse Now to the Indianapolis speech in Jaws to the Nietzschean cast he gave to his Conan. In Conan the Barbarian, Milius was indulging his fascination with Genghis Khan and his favorite sport of tweaking hippies. In doing so, he made a good Sword & Sorcery movie that’s not really a good Conan movie. I hold out hope that someone someday will take advantage of the streaming series, which is a perfect format for it, and give us a serial of truly Howardian Conan tales.

I have, however, decided to simply take Conan 1982 on its own terms, as I did when I was 16 — and on those terms, I still love the yarn. Milius was not giving a nod-and-a-wink; his tongue was not in his cheek. He’s a romantic, not an ironist, and that’s what makes Conan 82 a big cut above the standard genre fare that the ’80s inflicted upon the world. Theres nothing camp about it. Milius’s Conan meant business; he took it seriously. He actually cared about his themes and played them through.

Conan’s monologue as the Riders of Doom approach the ruins where he and his buddy Subotai (surfing legend Gerry Lopez) have set up a killhouse resonates to this day. I’ve seen it quoted (allegedly) by and about Ukrainian fighters standing in the face of the Bear:

Crom, I have never prayed to you before. I have no tongue for it. No one, not even you, will remember if we were good men or bad. Why we fought, or why we died. All that matters is that two stood against many. That’s what’s important! Valor pleases you, Crom… so grant me one request. Grant me revenge! And if you do not listen, then to HELL with you!

By Crom, who doesn’t love that?

Milius took advantage of the physicality of the cast for some really dynamic action — without the gigantism that CGI allows to overwhelm so much fantasy storytelling. That climactic Battle of the Mounds is intimate. 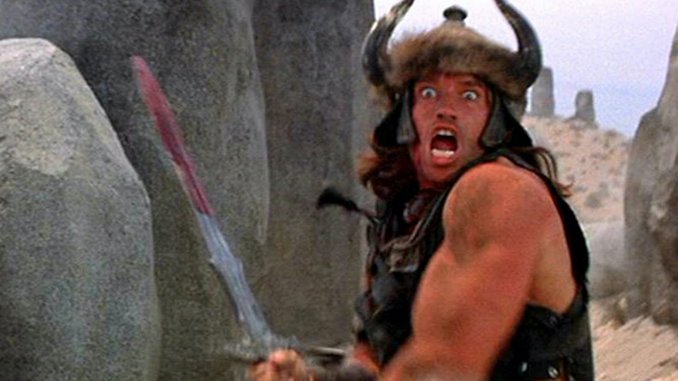 We must tip the hat to Basil Pouledoris for a soundtrack that stands apart and on its own as a magnificent work of art.