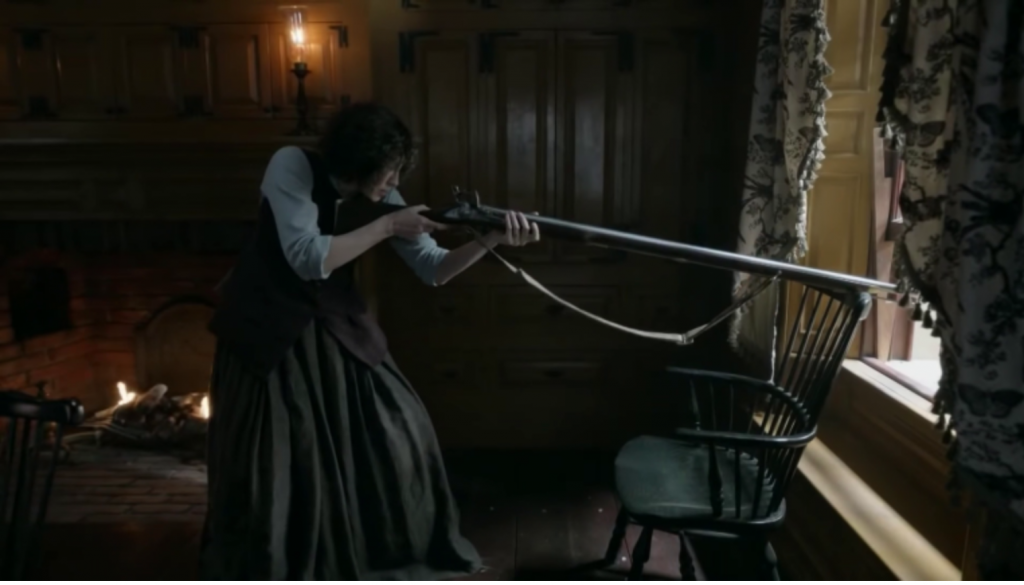 Lady Marilyn and I finally watched the Season 6 finale of Outlander Sunday night. What can I say? It’s been BUSY ’round here!

The season ended with a bang — multiple bangs, actually — as our heroes were caught in a firefight defending hearth and home from a quasi-legal potential lynch mob out to punish Claire for a purported murder. No spoilers — go watch fer yerself. Suffice it to say that much powder was burned. And Marilyn is particularly enamored of Cherokee hostage rescue operations. 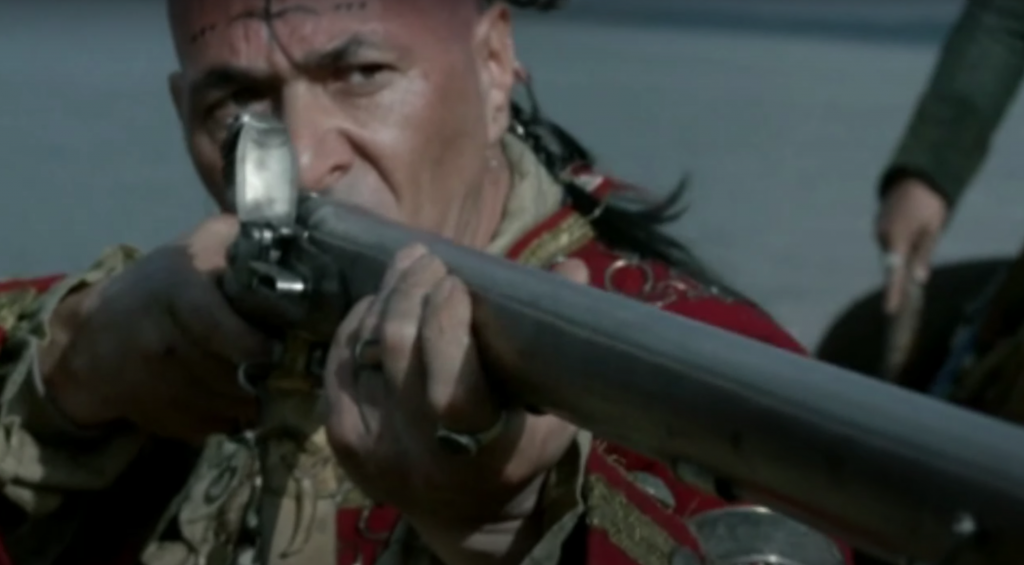 As you know, Outlander is a favorite of Clan Cornelius — characters and a story we hold near and dear to our hearts. Mostly, they do a pretty darn good job with material culture of the 18th Century Carolona backcountry, including firearms. But there are certain things that set my teeth on edge. Twice this season, a character referred to muskets as rifles. There is and was a differences, and these characters would know that. And ever since they got to America, I’ve been peeved at Jamie Fraser’s generic (Pedersoli) long rifle. NOT the right rifle for a man of worth in the North Carolina back country. He should be packing a quality, lightly but elegantly carved rifle in the style of makers like JP Beck.

I’m not the only one to say so: 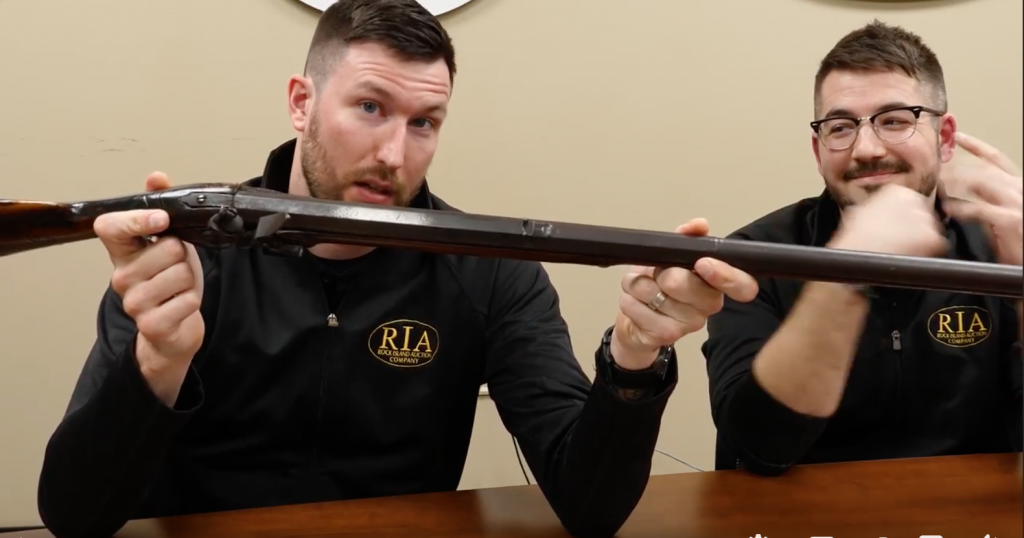 STARZ could do better by Jamie with a Jim Kibler colonial style flintlock long rifle. So say our friends at Rock Island Auction Co. — and they’re right, by the Eternal!

To their credit, STARZ does seem to listen to experts and try to up their game. Seth Isaacson, lead historian with Rock Island says:

We receive confirmation from one of the armorers for the show that the next season will indeed feature Kibler rifles like Brian’s that we discussed in the video.

What video is that? Why, this one: