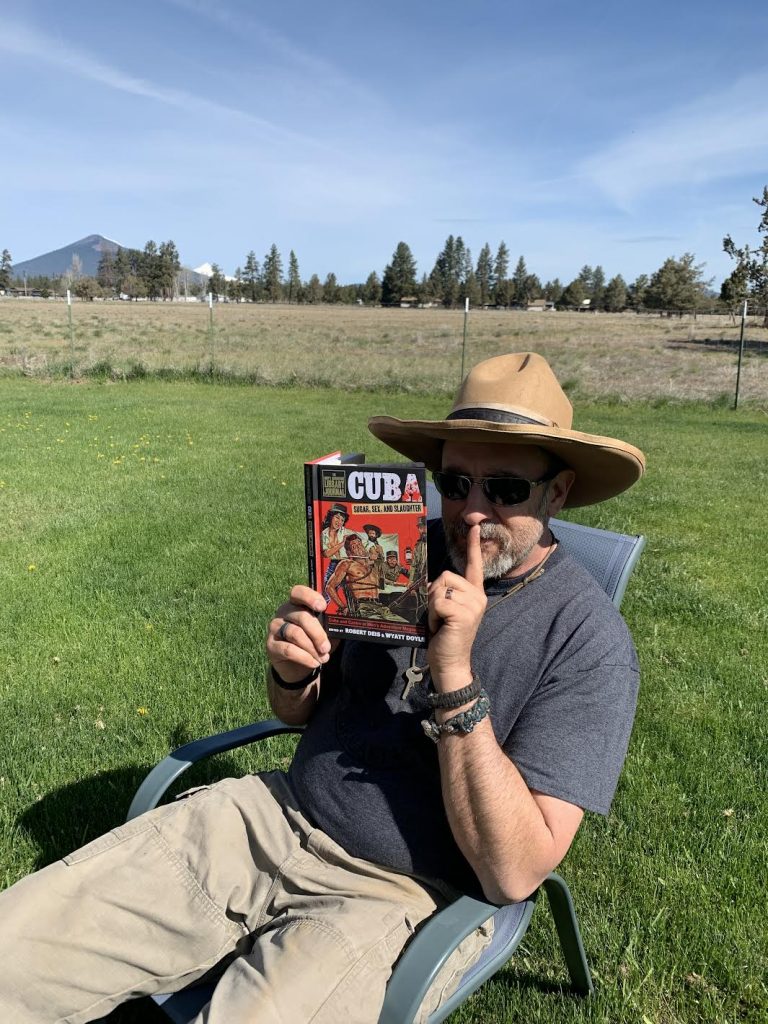 It’s been a full four years since I alerted Frontier Partisans across the globe to be on the lookout for the Nude Queen of the Communist Cannibals. Despite the turbulence the world has experienced since then, our vigilance remains undiminished. I said it then and I’ll say it again now: I do it for America.

Inevitably, the dive into 19th Century filibustering and the release-date news on Christopher Othen’s The Men From Miami sent out me on the track of the Bay of Pigs incident. Again. The Cold War is a devil’s playground of Continuity & Persistence in Frontier Partisans history. It was shaped in part by American leaders’ sense of the history and mythology of the frontier. Richard Slotkin recognized this in Gunfighter Nation: The Myth of the Frontier in 20th Century America. His take on all of this was, predictably, entirely negative, which I took issue with when I first read the book in college in the 1980s. It is, nevertheless, a brilliant book, which I’ve delved into several times since.

Slotkin examines an impressive array of sources – fiction, Hollywood westerns, and the writings of Hollywood figures and Washington leaders – to show how the racialist theory of Anglo-Saxon ascendance and superiority (embodied in Theodore Roosevelt’s The Winning of the West), rather than Frederick Jackson Turner’s thesis of the closing of the frontier, exerted the most influence in popular culture and government policy making in the twentieth century. He argues that Roosevelt’s view of the frontier myth provided the justification for most of America’s expansionist policies, from Roosevelt’s own Rough Riders to Kennedy’s counterinsurgency and Johnson’s war in Vietnam.

Which is why you got men’s magazine covers like this one, where a Burt Reynolds type channels a Mexican Revolution border aesthetic for action in Cuba: 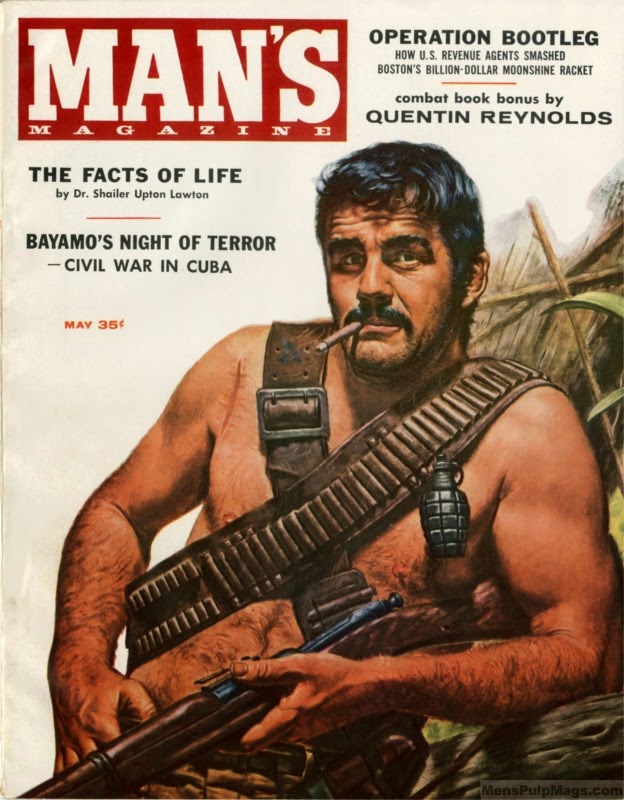 Frontier Partisans Patron Robert Deis compiled an outstanding book depicting the lurid ways in which men’s magazines of the 1960s engaged with the matter of Fidel Castro’s Cuba. That’s the secret history I’m delving into in the photo up top. I just love this stuff — and as Slotkin understood, there’s real significance to this type of popular culture depiction. It both reflects and shapes the public “myth” on which so much of history turns. And, seriously, who can deny the hidden history of the Commie Killing Joy-Girls of the Bay of Pigs? 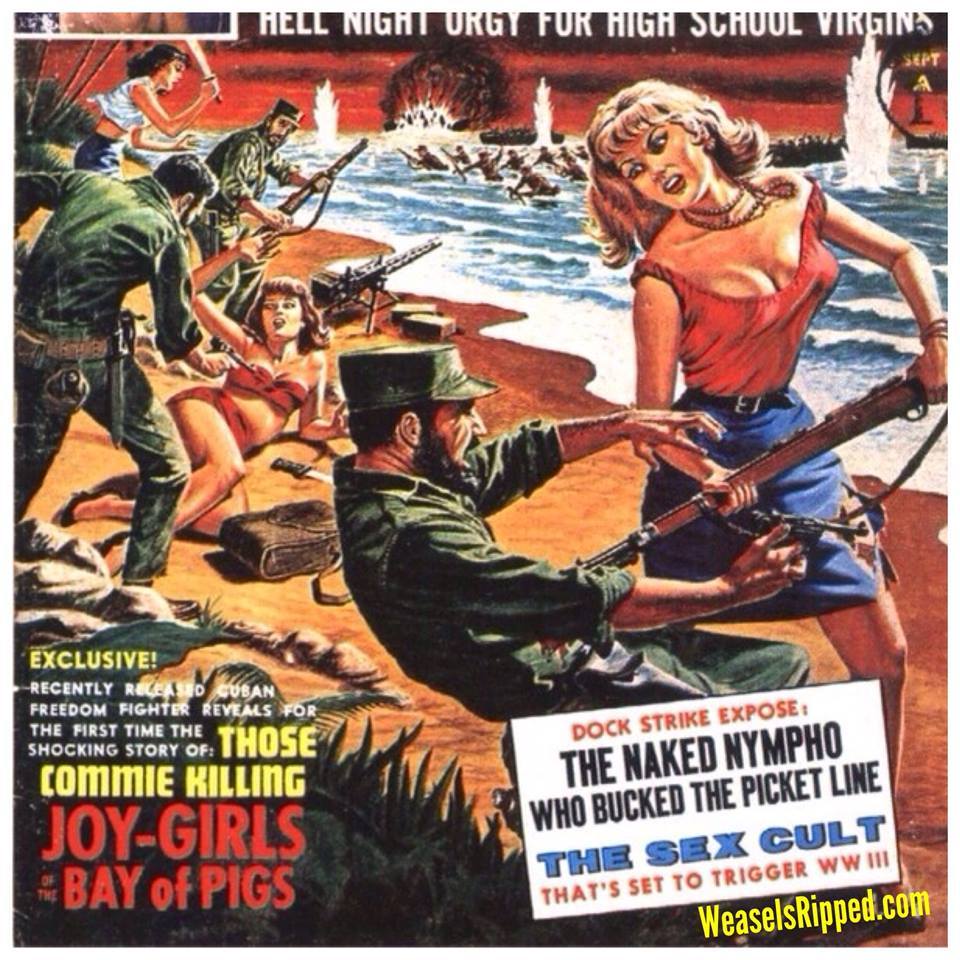 The killjoy cultural hall monitors that have gained ascendancy in the moment would doubtless find all of this men’s adventure stuff “problematic” at best and “toxic” at worst, but I find it all a whole lotta fun.

If you’ve got an hour to take a sidetrail, here’s a pretty good doco from back in the day when History Channel did actual history.

While we’re on the Cold War men’s adventure magazine trail, I’ve been meaning to post one of my favorite illos from Mort Kunstler. It depicts an American adventurer in the Hungarian Revolution, but it’ll serve as a tribute to the fighters taking on the Bear in Ukraine. Here’s to ’em. 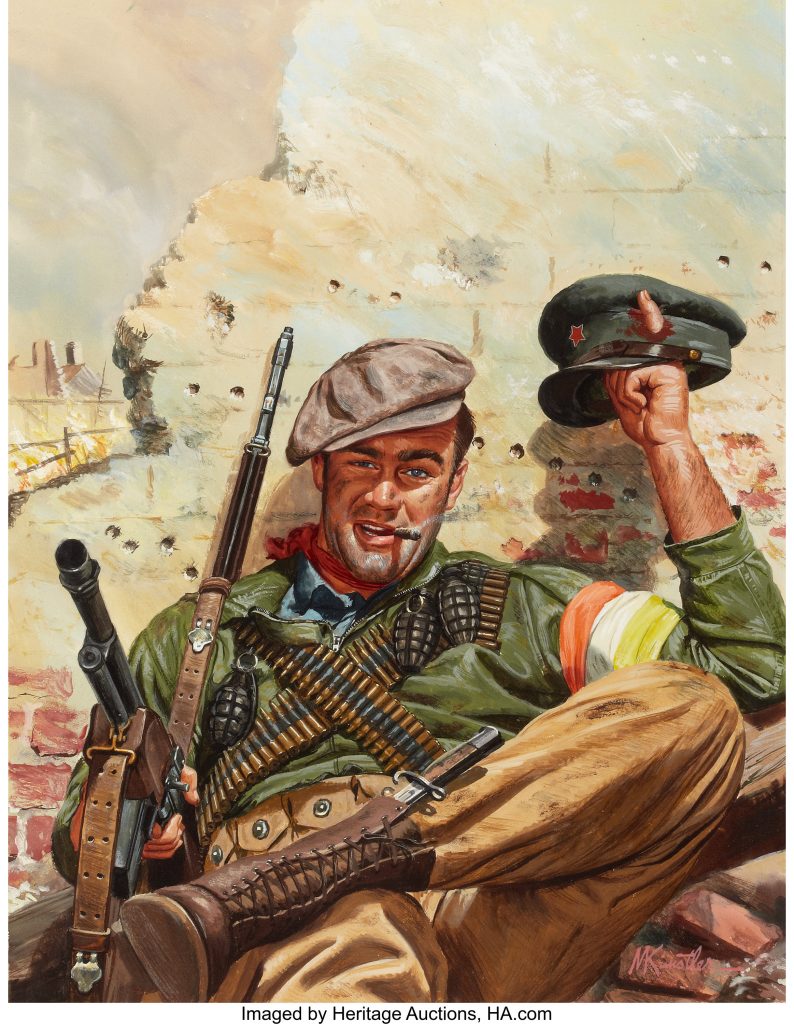