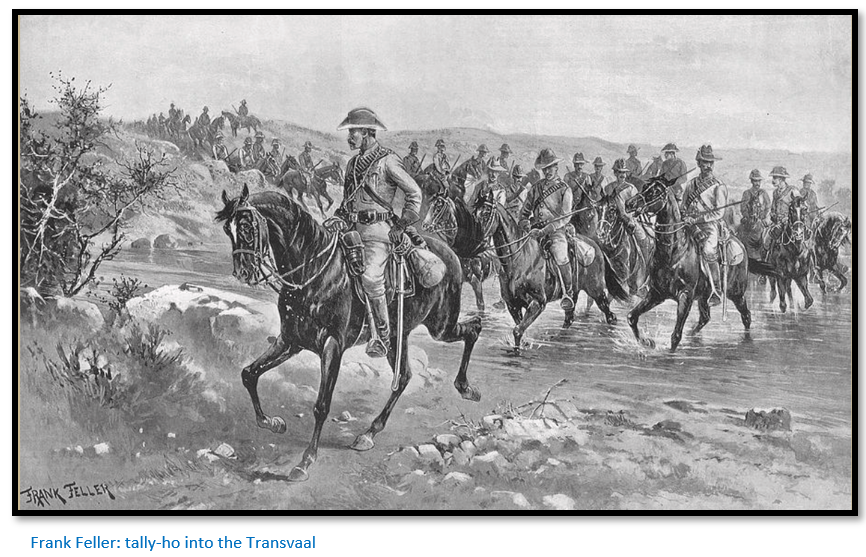 Currently at work on the final episode of the Frontier Partisans Podcast series on filibustering. This podcast will explore an episode that occurred far afield from the Central American theater usually associated with filibustering — and much later. The Jameson Raid took place at the turn of the year 1895/96, in the Transvaal in Southern Africa. It was a filibustering expedition right enough — and ended the way almost all of them did, in disaster. We’ll delve into all that in the episode, of course.

To whet your appetite for a bit of late-period Frontier Partisan action, thought I’d post a couple of Jameson Raid-related videos for your perusal. The first is for the firearms folk — an examination of a Lee-Speed Rifle actually captured during the Raid, courtesy of our friends at Rock Island Auction Co.

Here’s a good overview of the Raid from a channel that specializes in examining the heavily carved personal weapons of Boer combatants in the Second Anglo-Boer War.

This is a military historian’s walk-through of the battlefields of the Raid.

I am awaiting the arrival of a key bit of research material that Paulina Springs Books tracked down for me — and which I was able to purchase thanks to support through our Patreon page.  Once that’s been incorporated, I’ll be ready to present to you my take on this world-shaking event.