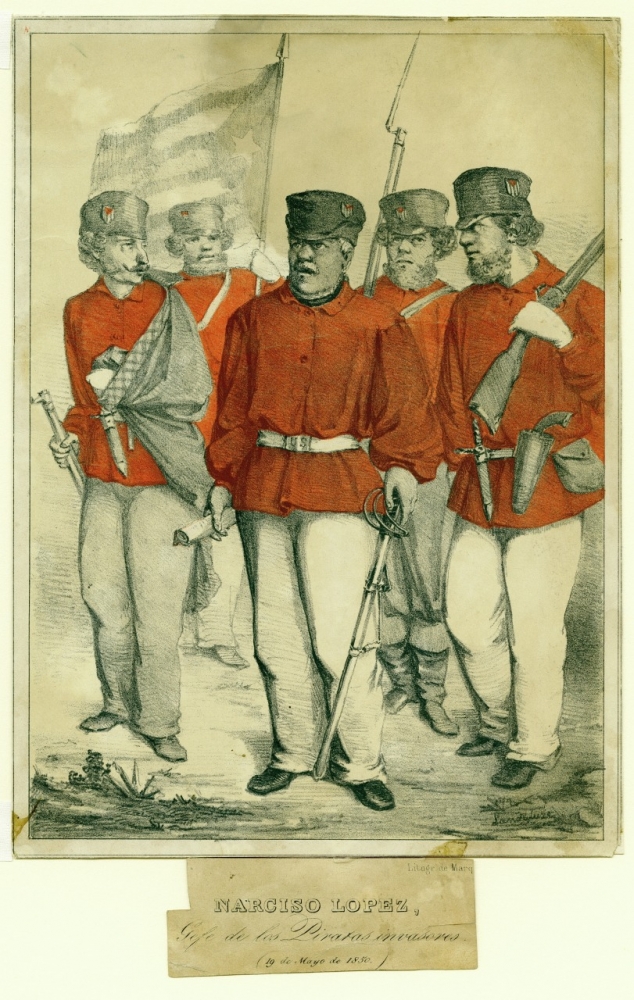 It’s small but highly motivated force that has set sail for the shores of Cuba, determined to overthrow tyranny and bring the blessings of republican government and economic prosperity. Intel leads them to believe that they will be welcomed as liberators, that their arrival will, in fact, ignite a revolution that is already smoldering in the Cuban mountains.

It doesn’t work out quite that way. The Cuban natives are either indifferent or outright hostile to the ardent-hearted members of the expedition. Government troops quickly contain the landing, shoot up the invading force and capture its leadership. The invasion undertaken with high ideals and high hopes is a complete disaster.

If this sounds to you like 1961 and the Bay of Pigs, your knowledge of history is strong — but you’re wrong.

This event took place more than a century earlier, when Cuba was still the property of Spain. The failed invasion was the fourth and final filibustering expedition of Narciso Lopez, a Spanish general-turned-rebel. It was one of the most prominent examples of a phenomenon that roiled Latin America from Cuba to Mexico to Nicaragua during the 1850s.

Nowadays, filibustering is a technique used to delay and derail legislation. I don’t know how it came to denote long-winded speeches and congressional gridlock. Filibuster is a corruption of a Dutch word meaning “freebooter.” As in buccaneer. As in semi-piratical adventurer.

Narciso Lopez was a filibuster.

Part 1 of the The Frontier Partisans Podcast series on filibustering — Spawned By The Frontier — is now live on Spotify, Podbean and other podcasting services. You can access it here.