In Season 1, Ep. 12 of Outlander, Jamie Fraser brings his newly wedded wife Claire to his ancestral estate at Lallybroch in the Scottish Highlands. The couple sits in the Laird’s Bedchamber, Brian Fraser’s inner sanctum, a place that Jamie scarcely could bring himself to tip-toe into. Except to hold his father’s ancient Viking sword. Jamie finds the 10th Century blade with its five-lobed pommel in its traditional hiding place under the Laird’s bed. He tells his bride:

“I’d slip in when he was out in the fields, just to hold it for a few moments and dream of the day it would be mine.” 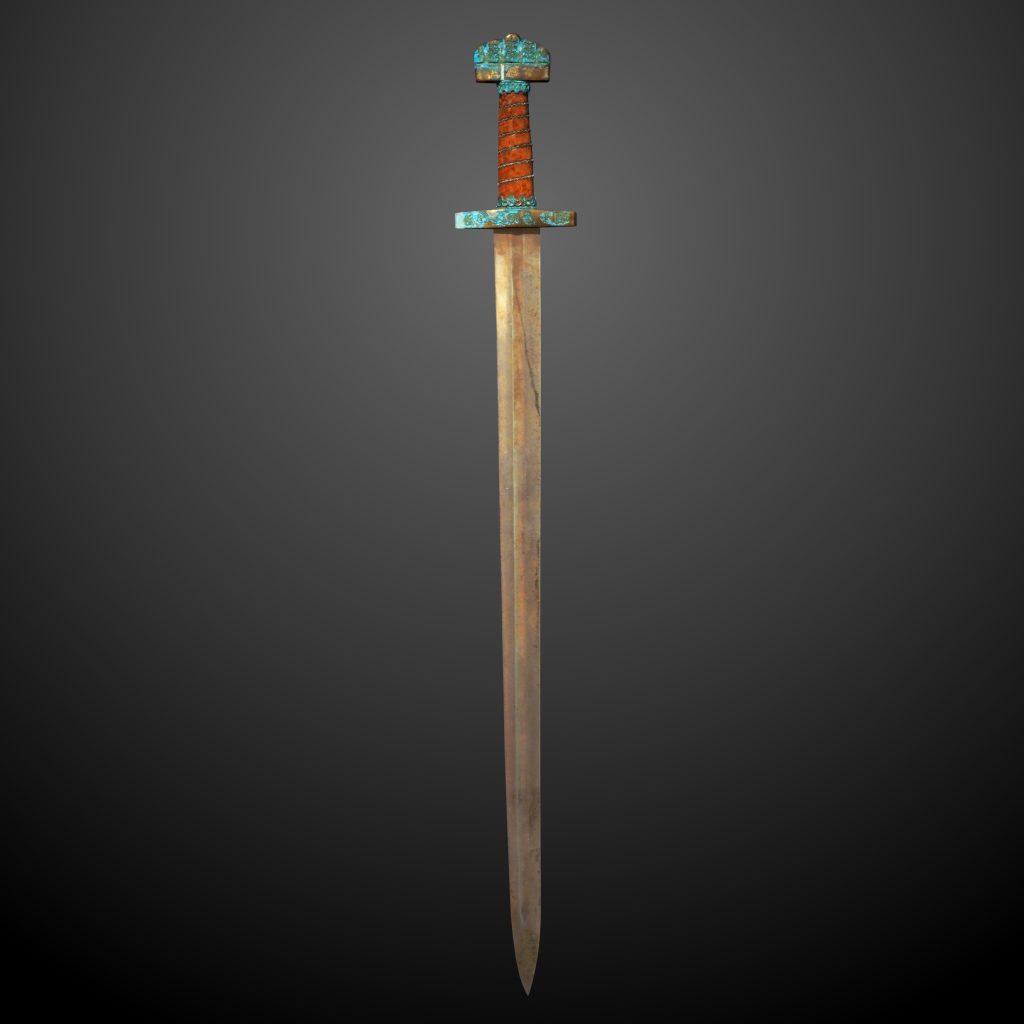 Viking sword of Jamie Fraser in the series Outlander, based on archeological finds in Hedeby, Danemark and made by Iain Bowden from Armour Class, 2013.
photo courtesy Rama

The Fraser Viking connection is a Diana Gabaldon nod to a very important aspect of the culture and genealogy of Scotland: There is a lot of the Norse in the Scots — particularly (and for obvious reasons) in the Kingdom of the Isles. The Norse-Gaels were a phenomenon of Ireland as well as the western islands and the Highlands of Scotland. We’re not talking merely about raiders ravishing women — we’re talking about Norse settlers from the 8th, 9th and 10th Centuries in the region of the Irish Sea, who married into the local communities, and became Gaelicized to a point that the Norse and the Gael were culturally and genetically intertwined.

As The Scotsman puts it:

Vikings are still running rampant through Scotland as, according to the researchers, 29.2 per cent of descendants in Shetland have the DNA, 25.2 per cent in Orkney and 17.5 per cent in Caithness. This compares with just with 5.6 per cent of men in Yorkshire carrying Norse DNA.

I recently discovered the work of a young man named Jamie Keddie who performs as An Tuagh. His Bandcamp site describes the work Bard & Skald:

The core of bardic tradition in Scotland and its closest neighbours in these Northern lands is pure storytelling. A celebration of life, knowledge, the land and to recount the events that shaped them. A place, time, teaching, tale or man can live forever through story or song. This album strives to carry on that tradition. The passing of souls, ever onwards. Dedicated to the Eternal Loving Memory of Bear ‘Rúnaskjöldur’ McLellan. 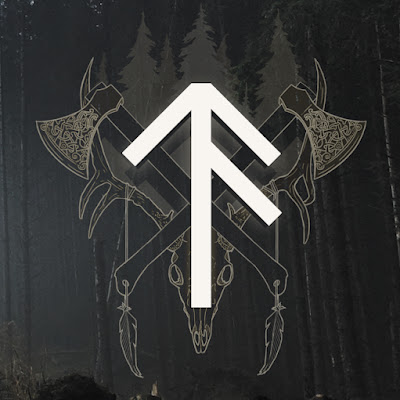 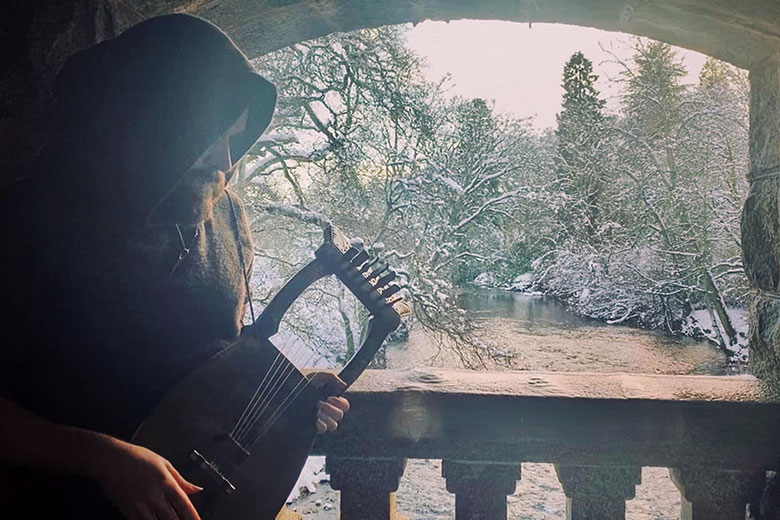 Keddie describes the journey to the creation of his first album of Norse-Gael “Sounds from the North.”

I lost a very dear and close friend almost a year ago now. The two of us had grand ideas when our heads came together. One of the bigger ideas we had always discussed was researching, exploring and then creating a modern twist on the sounds of Ancient Scotland, the Gaels, the Picts and our Norse neighbours. His passing put me into a lull. I thought all of the creative dreams and ambitions might be lost. But, after some time it sprung me into action on this project – taking the negative energy generated and converting it into creative fire. Keeping the dream of two souls alive.

What started as a few cover songs turned into a soundscape, an adventure and a research trip with more questions raised and doors opened than closed. I realised both of our voices and spirits were in each an every note of the music made. And this debut album is the result of that “fire in the head.”

It’s been a long road getting here. I feel completely connected to and full of energy from the land, stories and people that have surrounded me during and after completing this project. I hope you love it as much as I loved working on it.

A Norse-Gael collaboration can be found in the OST for the game Assassin’s Creed: Valhalla — Wrath of the Druids. The work features Einar Selvik of Wardruna, and the Scottish singer Julie Fowlis. Her voice is absolutely magical to me…

I have a feeling that The Northern Thing is going to have a big moment in the popular consciousness, given the blast of the war horn that has rocked the cultural landscape with the release of The Northman. 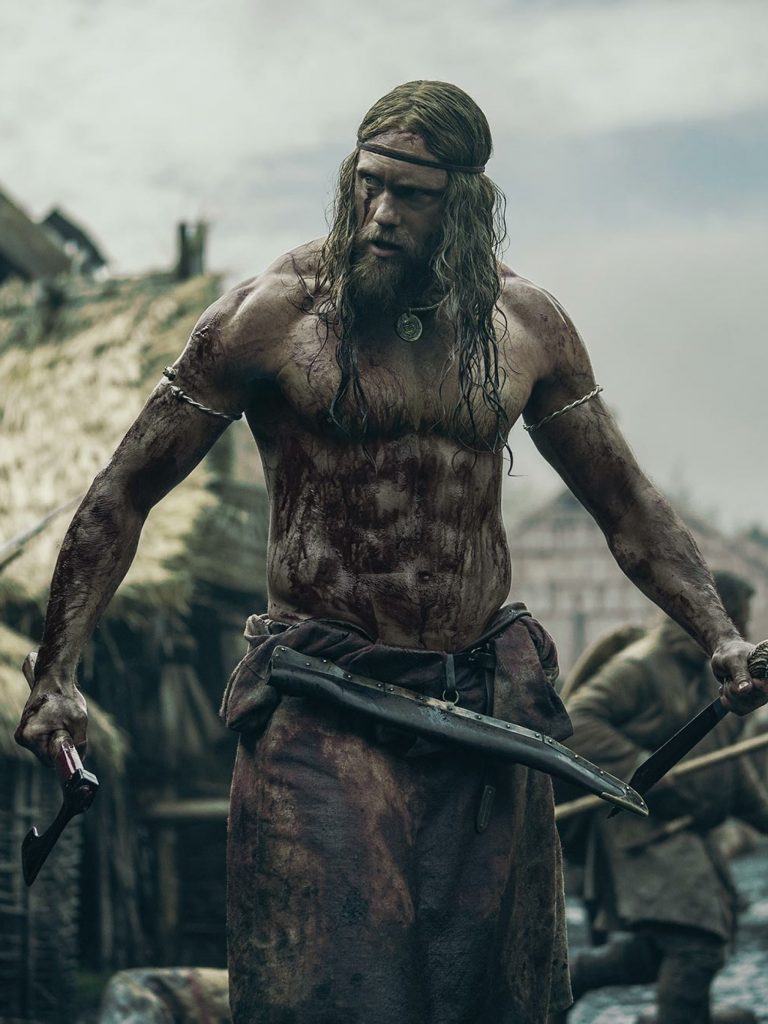 We here at Frontier Partisans have long sailed The Whale Road, and know the blood-stirring Sounds of the North, a soundtrack that echoes across the seas from the isles to the American backcountry.