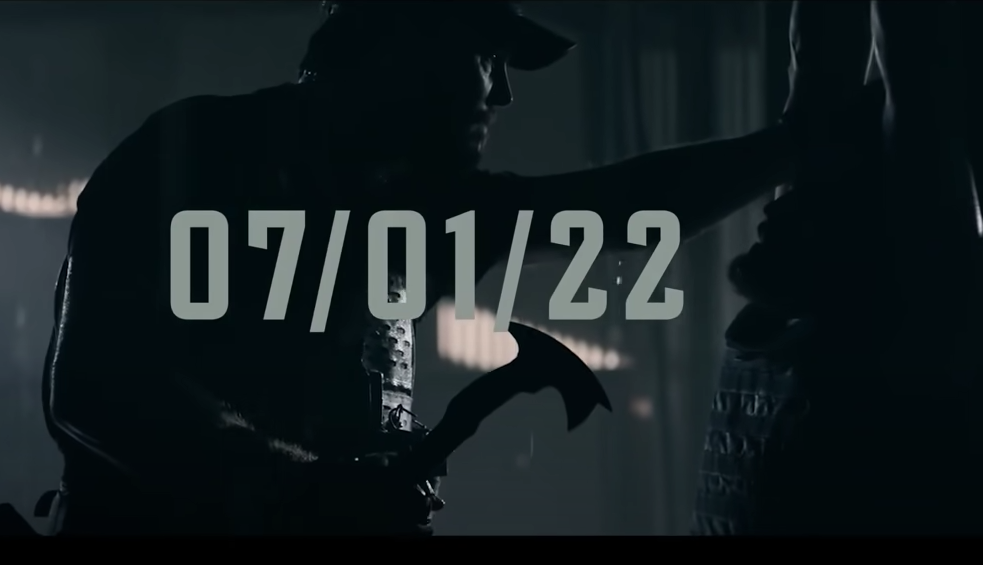 Amazon Prime offered a teaser glimpse of the upcoming series The Terminal List, based on the novels of Jack Carr. The books are solid thrillers — a good cut above the average. I like Carr and listen to his Danger Close Podcast regularly. I am most appreciative that he introduced me to the work of geopolitical analyst Peter Zeihan, who is now part of my daily attempt at understanding the tumult of the world c. 2022.

I will certainly give The Terminal List a go this July.

Sharp-eyed Frontier Partisans noted that we get a glimpse of SEAL sniper James Reese wielding a Daniel Winkler tomahawk in the teaser. Carr loves them Winkler ’hawks. So much so that they have become a trademark — literally — for the retired SEAL author. 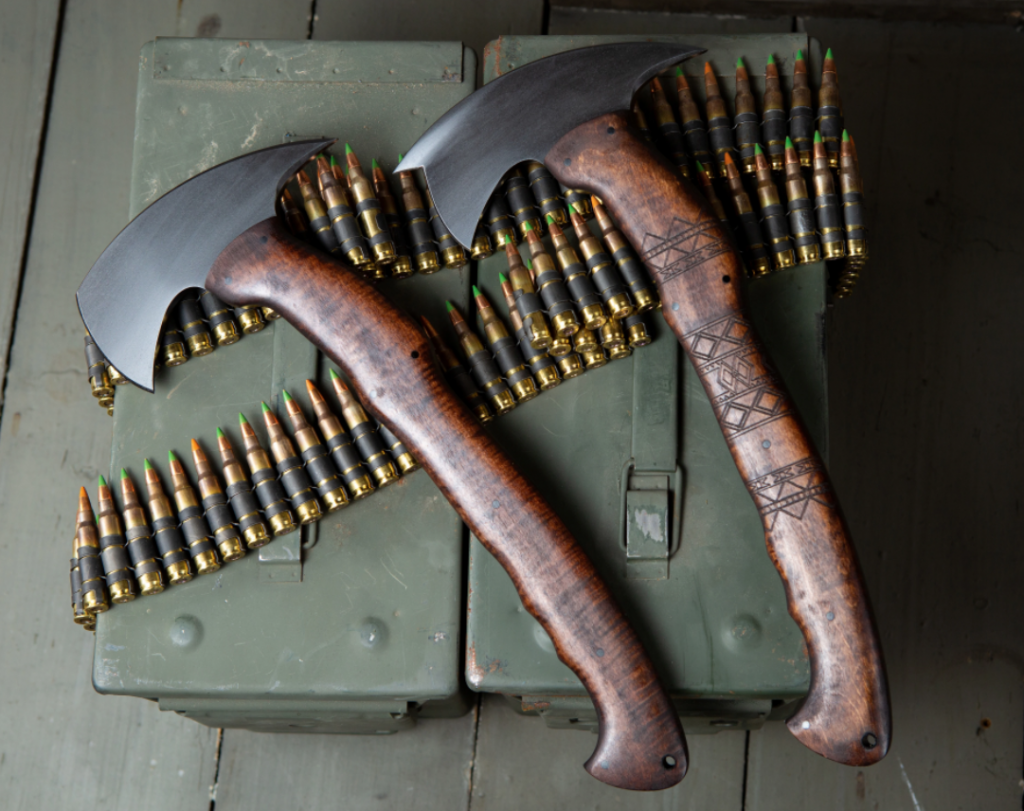 Journalist Matthew Cole made a great deal (and not in a good way) out of the SEAL Teams’ predilection for tomahawks in an exposé in The Intercept a few years back — which he has since expanded into a book. I took a long look at that piece here. Cole writes:

At first the hatchets appeared to be merely symbolic, because such heavy, awkward weapons had no place in the gear of a special operator. “There’s no military purpose for it,” a former Red Squadron operator told me. “But they are a great way of being part of a team. It was given as an honor, one more step to strive for, another sign that you’re doing a good job.”

For some of (the) men, however, the hatchets soon became more than symbolic as they were used at times to hack dead fighters in Iraq and Afghanistan. Others used them to break doorknobs on raids or kill militants in hand-to-hand combat.

“Guys are going out every night killing everything. The hatchet was too intimate, too closely aligned with a tomahawk, to have been a good idea.”

Well… I find the notion that there’s “no military purpose” for a “heavy, awkward” tomahawk pretty strange (I’m guessing Carr would, too). From New York to New Zealand from the 17th Century through the 19th Century, tomahawks or belt axes were part of virtually every native warrior or frontiersman’s kit. Clearly, some SEALs thought they were a bad look. Others thought differently. I guess a tomahawk might be seen as atavistic; I see it as Continuity & Persistence.

Winkler established his reputation making ’hawks and knives for the frontier reenactment community. His work was featured prominently in Michael Mann’s 1992 Last of the Mohicans. 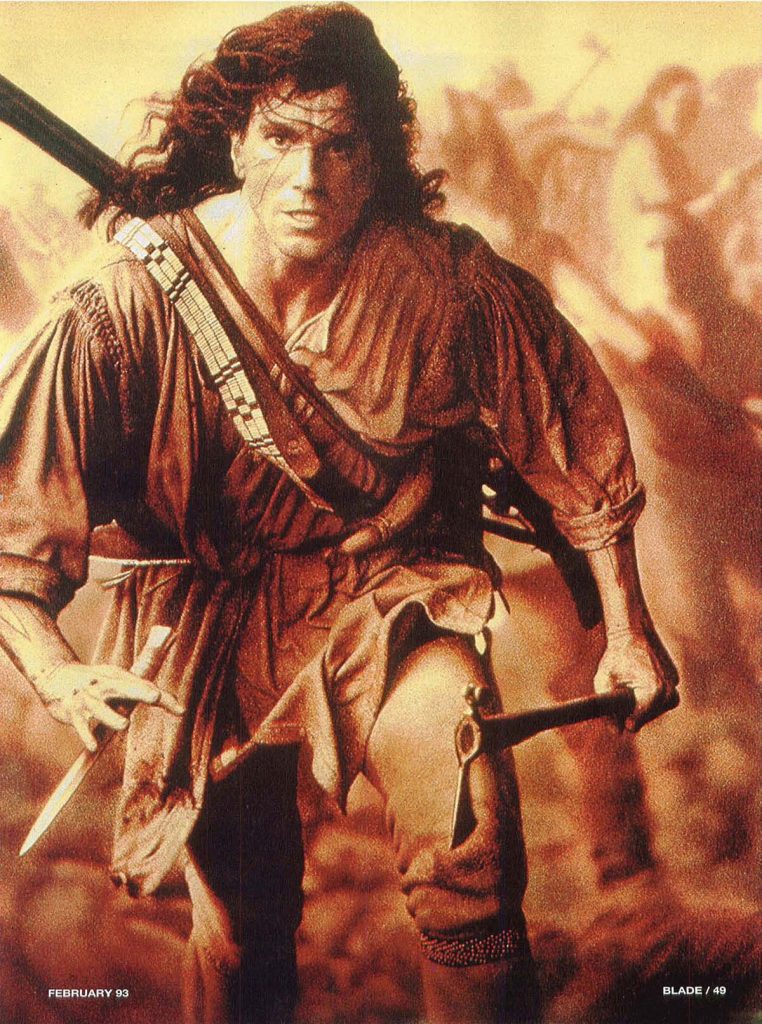 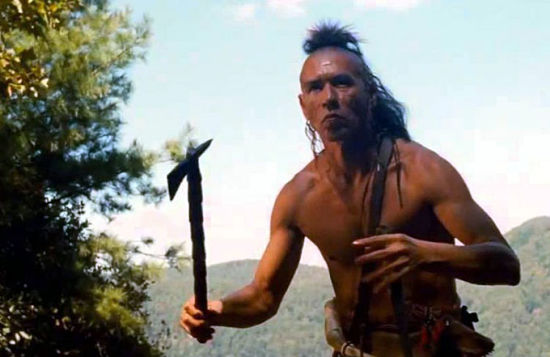 Those magnificent weapons caught the eye of a member of the special operations community. Winkler Knives recounts:

Just after ‘MOHICANS’ was released to theaters in September 1992, a Navy SEAL based in the Virginia Beach area having just returned from deployment in Operation Desert Storm, was tasked with sourcing a high-performance breaching/combat axe. After watching the film, the SEAL inquired as to who made Magua’s tomahawk. As Winkler was the maker, the SOF Operator contacted Daniel. What followed was the first Winkler Knives Breaching/Combat Axe. The Operator immediately recognized the virtue of an integral full tang axe with a combat spike, however, funding issues prevented the project from becoming a reality. The SEAL personally purchased the prototype axe, carrying it with him on every deployment for the remainder of his Naval career, and after military retirement as a game warden in North Carolina.

After 2001, Winkler dedicated himself to crafting high-end modern implements for special operations personnel — men like Jack Carr. The price range for his axes/tomahawks is $600 to $800+ and the wait time is several months.

The historical lineage of the tomahawk is long and storied. Take, for example, the Butler Tomahawk:

My own kit includes a Wetterlings Forest Ax. Not a tomahawk — a hatchet. It’s not as nimble as a ’hawk; it’s suitable for more heavy-duty camp and homestead chores. I’ve de-limbed many a juniper with that piece. I carry it with me everywhere, for the same reason our Frontier Partisan forefathers carried a ’hawk or belt ax: You can build a shelter with it; cut kindling; dig a fire pit; hammer tent stakes. You could break a car window if you needed to. It’s more tool than weapon, but make no mistake: it would be more than serviceable in extremis. 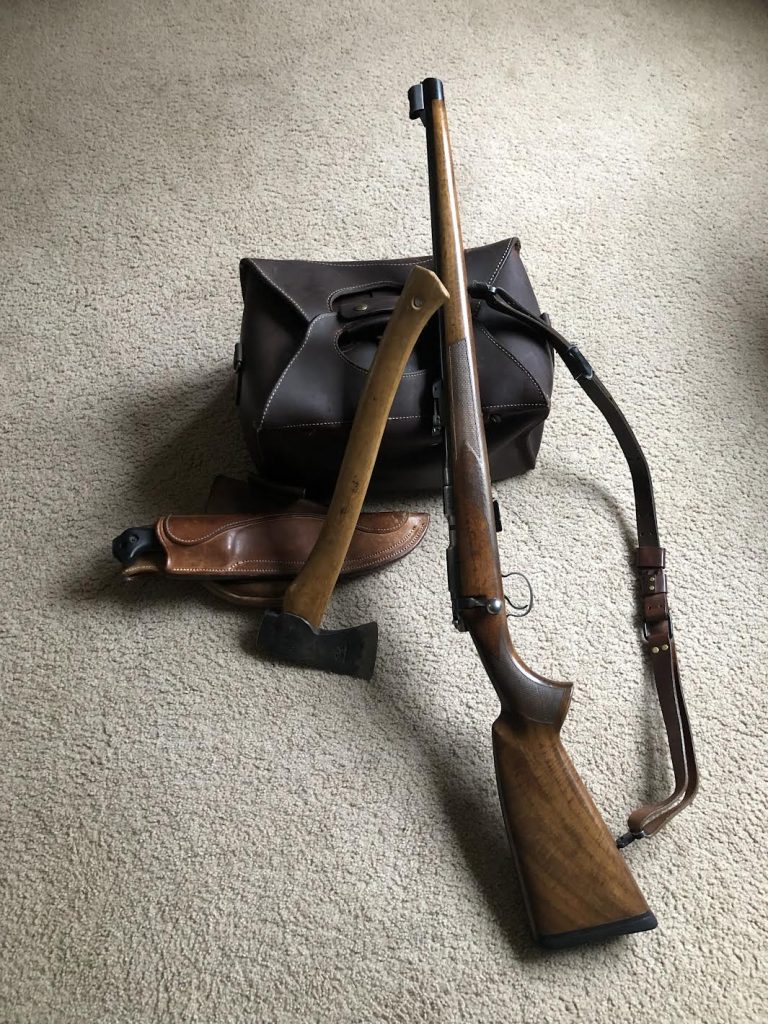 So, here’s to the ’hawk wielders, from Simon Kenton to Jack Carr; from Nathaniel Poe to James Reese. They’re part of a long line of frontier warriors.