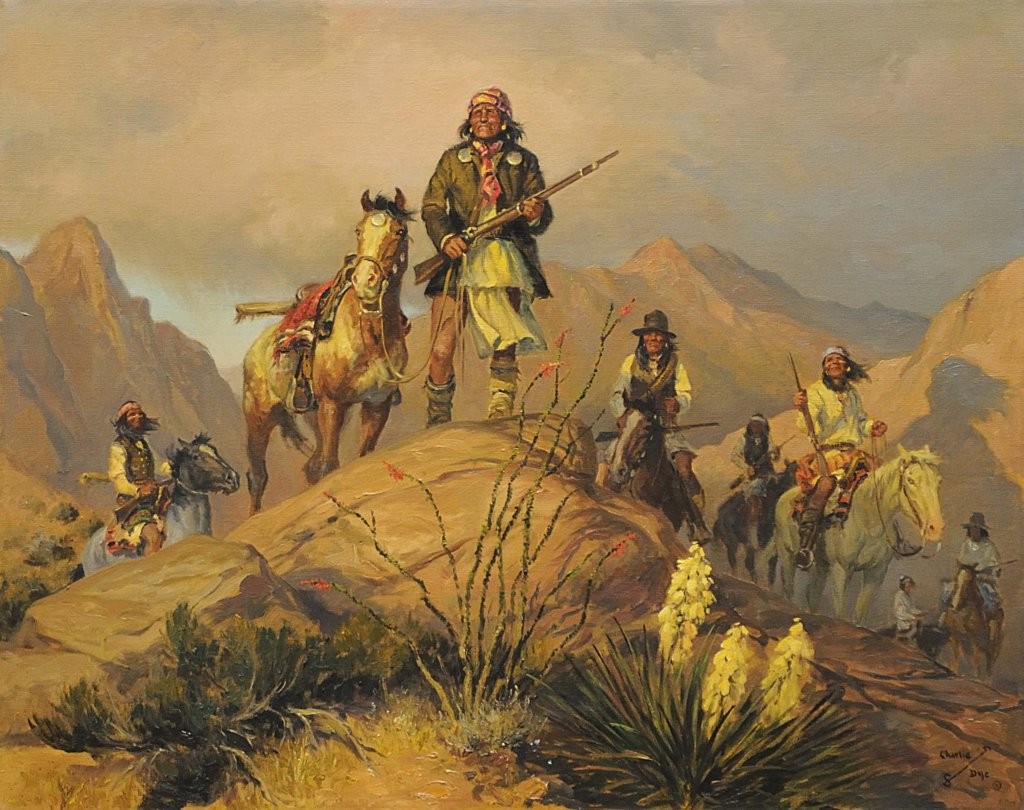 Geronimo With His Band in the Chiricahua Mountains by Charlie Dye.

In response to the post on The Brutality, Reece Crawford sent up a smoke signal on an InRange TV series on the Apache Wars. It’s been a while since we ventured into Apacheria, and it’s good to revisit that rugged stretch of Frontier Partisans heartland.

This is a ride I simply must make.

There’s some synchronicity here that would be eerie if I was not used to it by now. I woke up at 3 a.m. this morning (before I saw Reese’s comment) churning on an idea that’s been rolling around in my head for a while: A horror story based around a relic of the Apache wars — the Henry Rifle presented by the city fathers of pioneer Prescott, Arizona, to John B. Townsend for his Indian-hunting prowess.

…Judging by his record, the killing of Indians became almost an obsession with him. He hunted them because he wanted to kill them more than he wanted to do anything else. When others would go along, a grand expedition could result; when they didn’t, he went alone.”

Townsend was regarded as “the Lewis Wetzel of the Arizona frontier.” The city fathers of Prescott were so enamored of Townsend and his exploits that they presented him with an engraved Henry Rifle (the AR-15 of its day) and 1,000 rounds of ammunition they figured he would put to good use. An engraved silver plate in the butt read:

By the Citizens of Prescott

HONOR TO THE BRAVE!

I have never been able to find out what became of that rifle after Apache raiders killed Townsend in 1873. Which leaves open some possibilities…