In Season 6 of Outlander, Jamie Fraser has taken on the dicey role of Crown agent to the Cherokee. It’s dicey because Jamie knows that a war is coming — as in the American Revolution — because his wife is a time traveler from the 20th Century (if you haven’t caught up to this…).

In his first visit to the Cherokee towns west of Fraser’s Ridge, where Clan Fraser has settled, a village leader tells Fraser that the Cherokee want more guns.

“Who doesna?” says our Highlander with a wry smirk.

This absolutely cracked Lady Marilyn up, because, well… she’s married to me.

STARZ has released some shots from this Sunday’s episode, and we’re laughing again because I am so this guy. 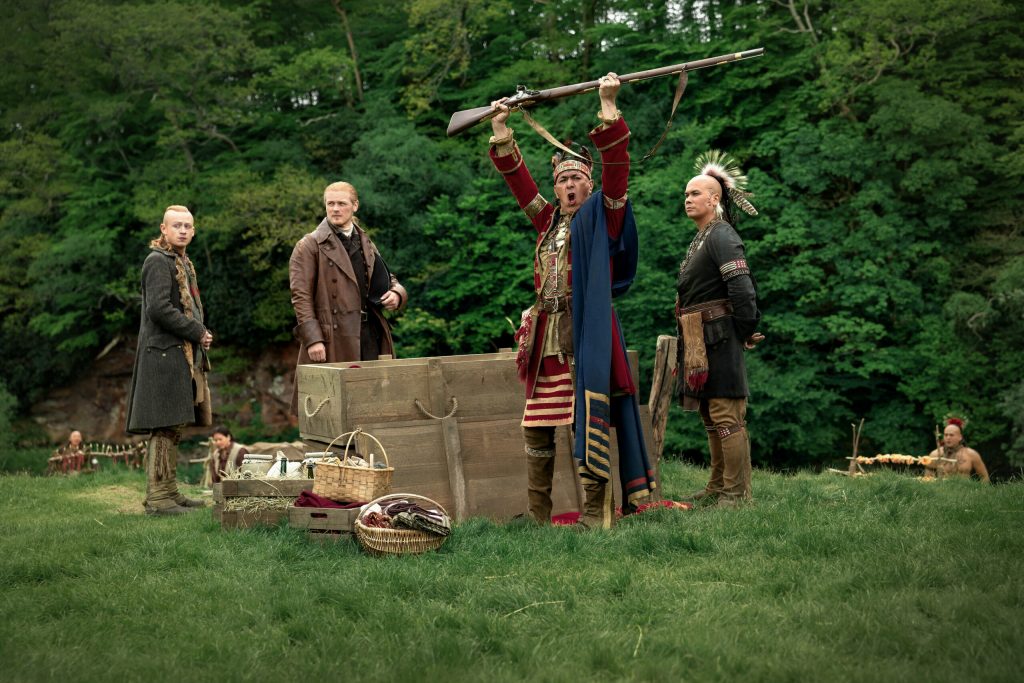