As Frontier Partisans readers know, it’s all too easy to lure me down a sidetrail. Mike Gahagan got me Sunday evening. Mr. Gahagan, a gunsmith by trade, is one of those wonderful people who use Facebook for Good, posting beautiful things. Natural wonders. Old stone fortresses. Muzzleloaders. He shared a pic of a hunting gun presented by Marie Antoinette to her mother, Maria Theresa of Austria.

He also threw out some English hunting portraits… and off I went. 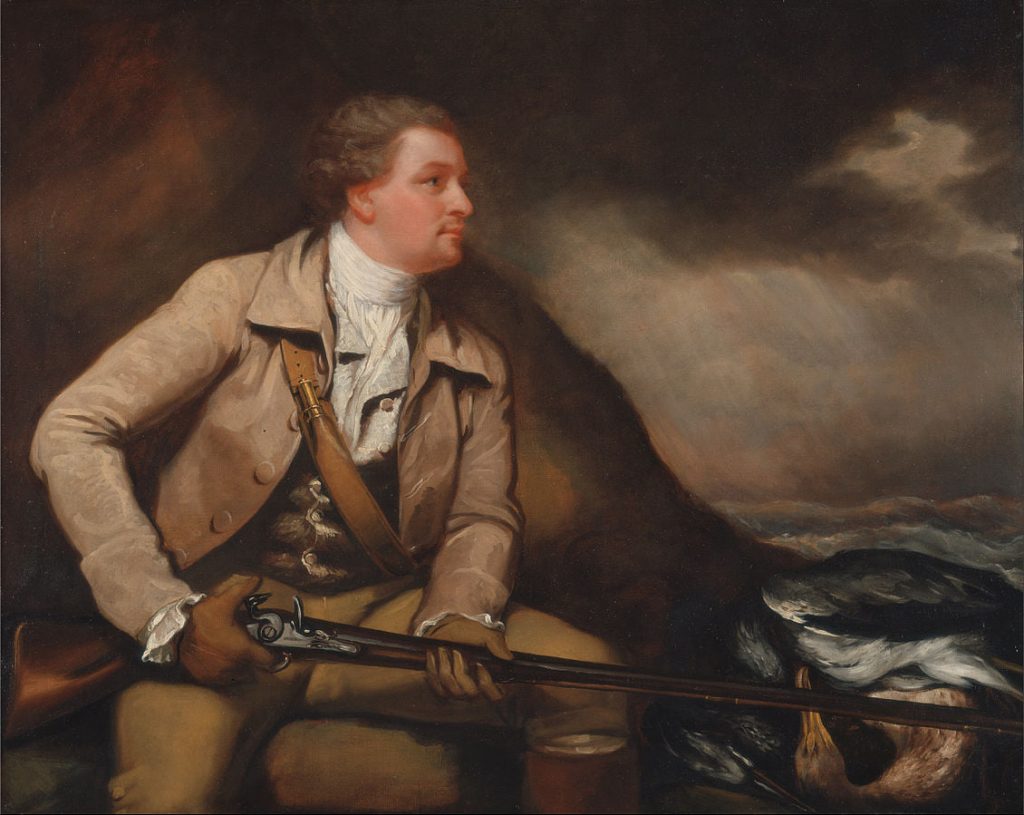 There’s something about old English and European hunting portraits from the 18th and early 19th Century that charms me, even though I am too republican in my sensibilities to abide the aristocratic privilege it represents. Hunting was generally an upper-class pursuit, but it wasn’t solely a male pursuit, as evidenced by Marie Antoinette sending mom a gun. The image of the lovely Marianne de Morganias from Le Pacte des Loups at the top ain’t fanciful.

These scenes always make me think of the Irish/Scottish drinking song I’m A Man You Don’t Meet Every Day. My favorite version happens to be sung by a woman — The Pogues’s bass player Cait O’Riordan. Jock Stewart is a canny gunman and free with the coin at the bar. He also shot his dog, and WTF is the deal with that? Bastard. But there ya go…

I also like this one from a Dutch Celtic band. Yeah, that. Jock Stuart goes shooting with the dog in this one. I like that better. 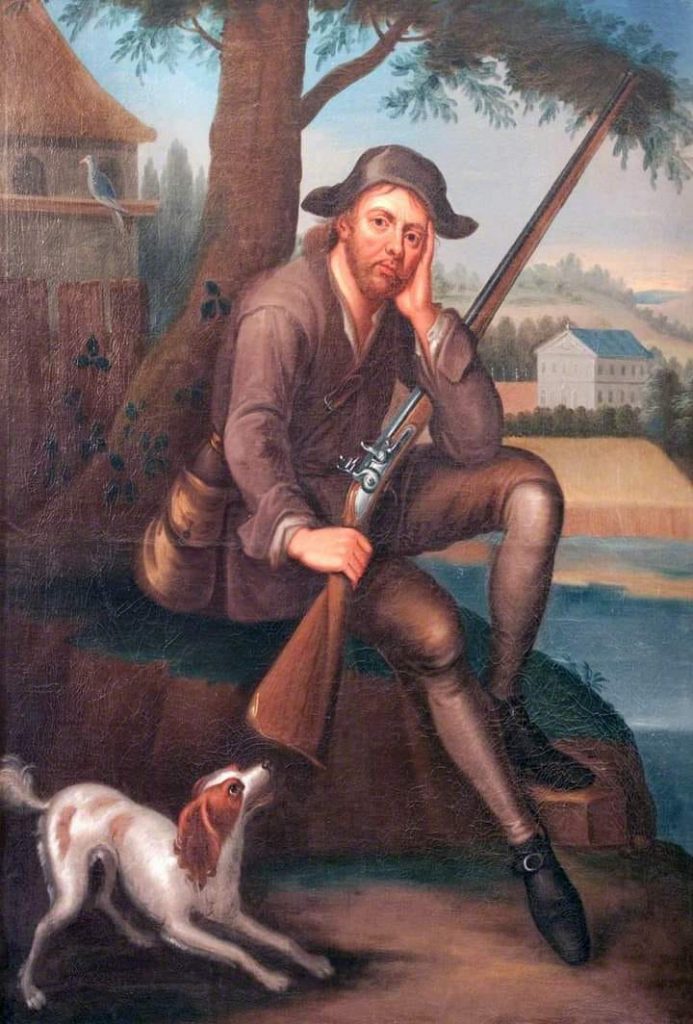 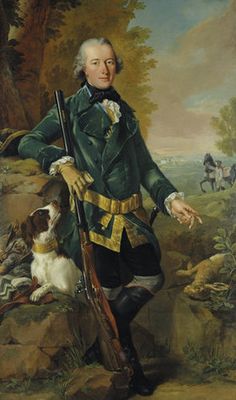 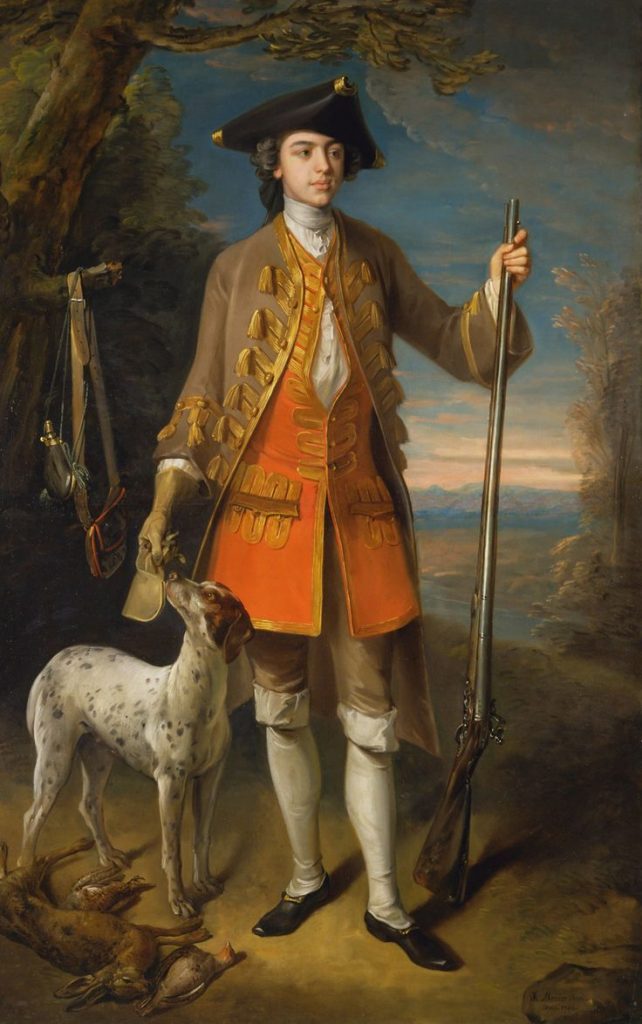 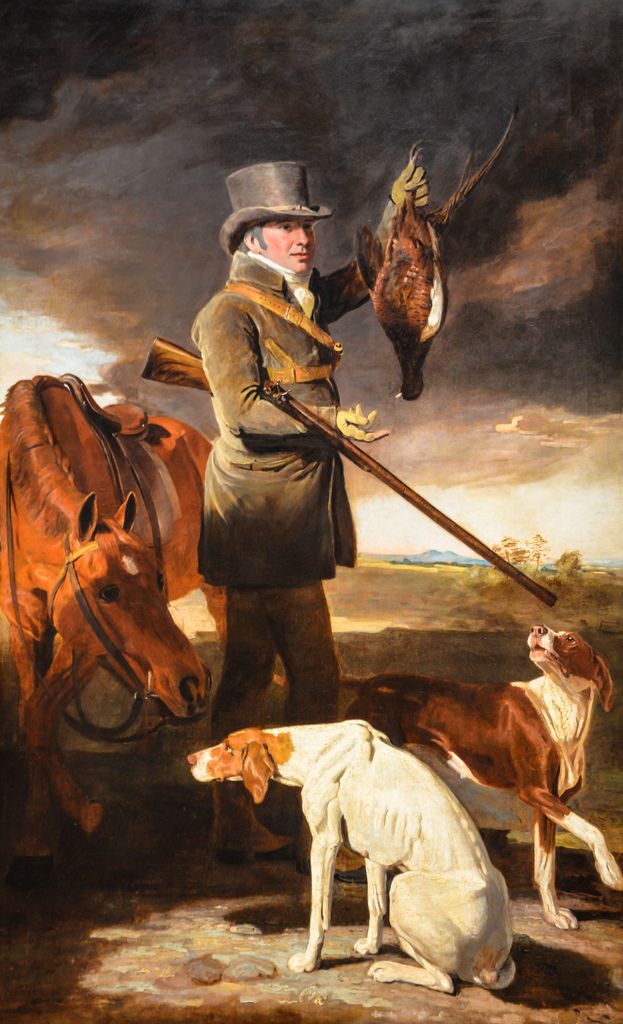 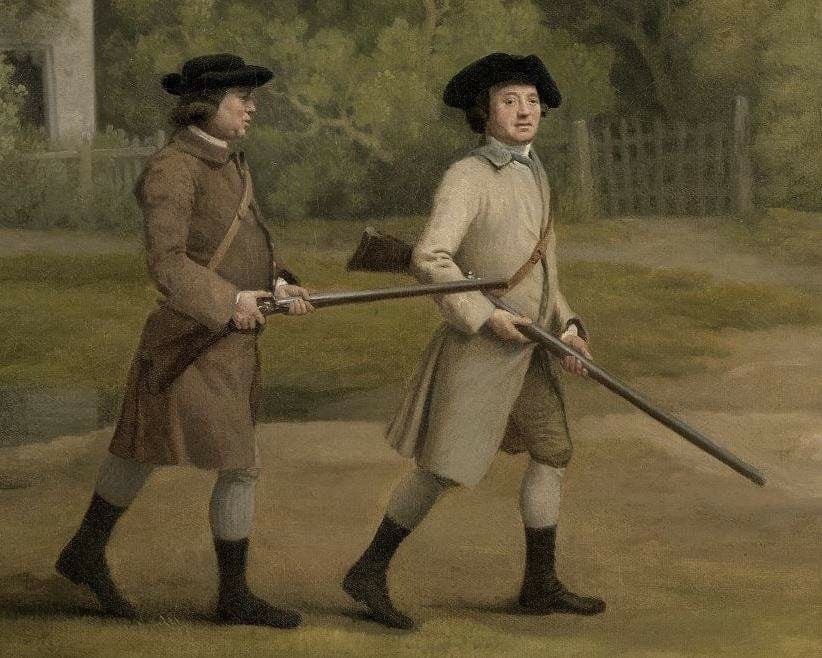