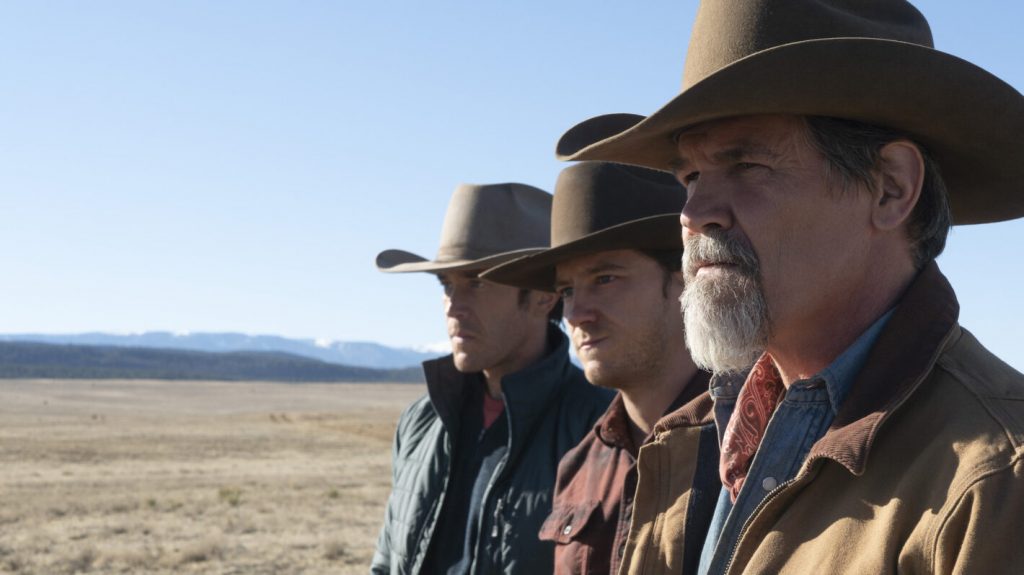 The contemporary Western is having a major cultural moment. Yellowstone has proved to be the alpha wolf in that territory, but there are other big dogs, from Longmire to Joe Pickett — and now Josh Brolin is back from a country that ain’t for old men to tread out onto the Outer Range. As you know, that weird edge always gets me…

Here’s the caper, from TV Insider:

Prime Video’s Outer Range, starring Josh Brolin, is set to premiere in April, and the streaming service has released the first photos. Something tells us we’ve found a new rancher and family drama to keep us hooked.

In the eight-episode genre-bending series, Brolin plays Royal Abbott, a rancher fighting for his land and family. He discovers an unfathomable mystery at the edge of Wyoming’s wilderness. When the drama begins, the Abbotts are dealing with daughter-in-law Rebecca’s disappearance and are pushed further to the brink when the Tillersons, who own the neighboring profit-driven ranch, make a play for their land.

“An untimely death in the community sets off a chain of tension-filled events, and seemingly small-town, soil-bound troubles come to a head with the arrival of a mysterious black void in the Abbotts’ west pasture,” Prime Video teases. “Wild revelations unfold as Royal fights to protect his family; through his eyes, we begin to see how time contains secrets held in the past and unsettling mysteries foreshadowed.”

AMC+ is offering us a Western with strong dollop of spaghetti sauce: 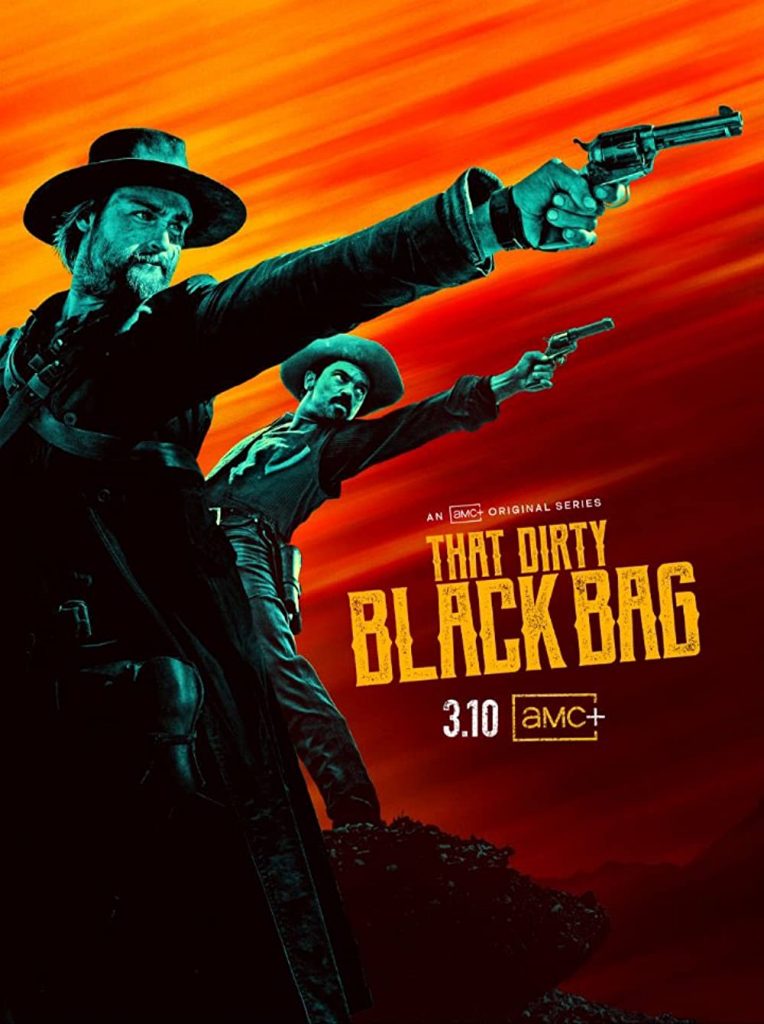 That Dirty Black Bag is a raw, epic, and romantic series about the dark side of the Far West. The story describes the 8-day clash between Arthur McCoy, played by Dominic Cooper, an incorruptible sheriff with a troubled past, and Red Bill, played by Douglas Booth, an infamous, solitary bounty hunter known for decapitating his victims and stuffing their heads into a dirty black bag, because, as he puts it, ‘Heads weigh less than bodies.’ The drama echoes and pays homage to the classic spaghetti western, capturing the genre’s legendary irony while revolutionizing it in a modern way for new audiences. The series tells of bounty hunters, bandits and bloody vendettas, lonely souls driven by such great passions as faith, love, and revenge. In the world of That Dirty Black Bag, there are no heroes, nobody is invincible, and predators become the prey.

My taste for spaghetti is limited, so… we’ll see.

We poor Yanks must wait till June 10 to binge the final season of Peaky Blinders on Netflix. Ain’t right, I tell you. Although it does grant time to catch up if, for some reason, you have not undertaken to explore the first five seasons of this magnificent operatic odyssey of a gang of Irish gypsy toughs in 1920s Birmingham, England. 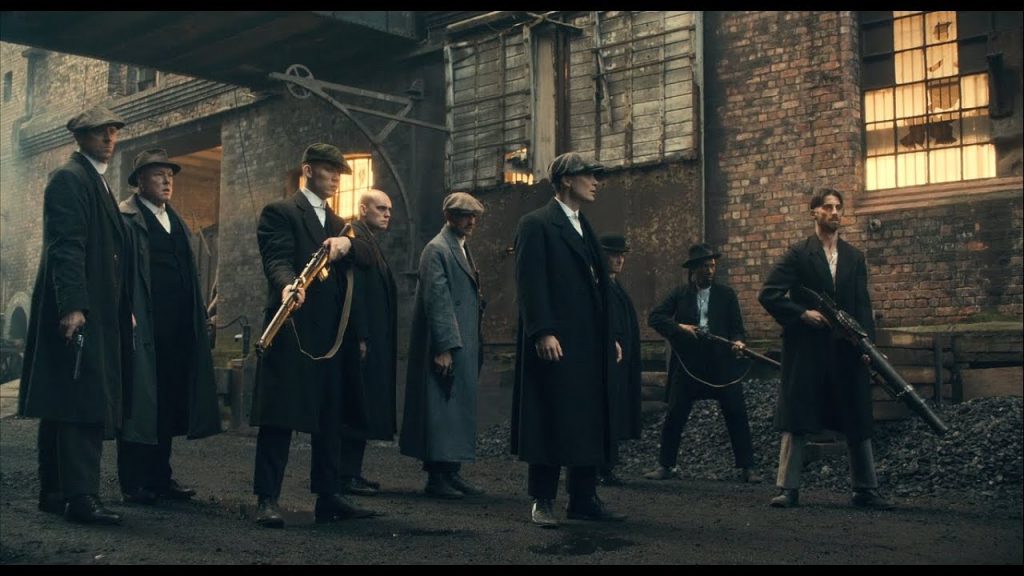 Make no mistake, Peaky Blinders is a frontier tale, set in a very dangerous urban wilderness (shot with an artfulness that lends a strange beauty to an industrial hellscape). There is a historical underpinning to Peaky Blinders, but it should not be taken as historical. It is an absolute master class in reckless verisimilitude. The stylish rendering and the deliberately anachronistic indie-blues-rock soundtrack jumps it out of mere history into a mythic realm, dominated by the dark, compelling Tommy Shelby. 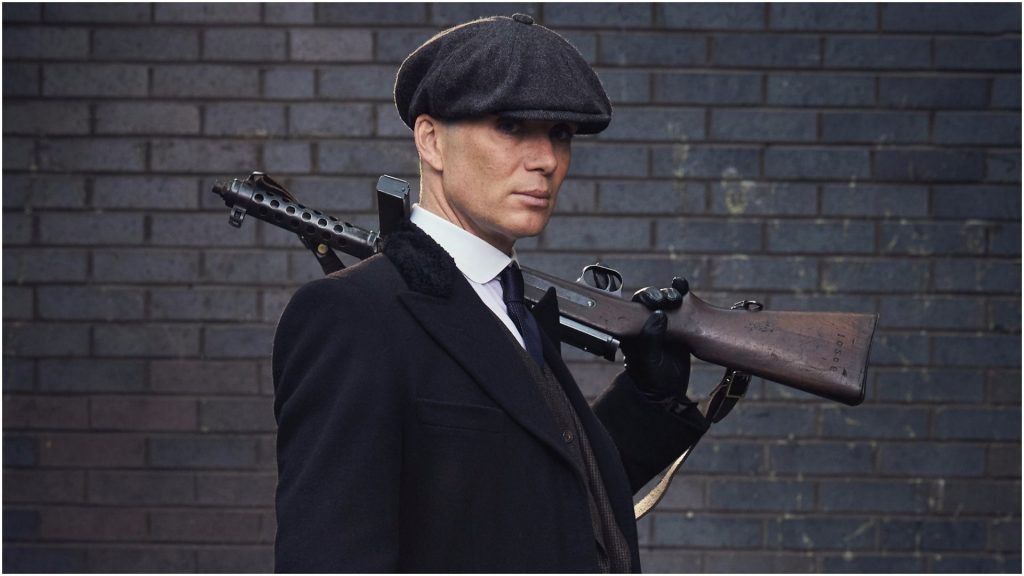 Take a little walk to the edge of town
And go across the tracks
Where the viaduct looms
Like a bird of doom
As it shifts and cracks
Where secrets lie in the border fires
In the humming wires
Hey man, you know
You’re never coming back

Past the square, past the bridge
Past the mills, past the stacks
On a gathering storm
Comes a tall handsome man
In a dusty black coat with
A red right hand

If you haven’t delved in, do it. By order of the Peaky Fookin’ Blinders!