There was a Gathering of the Clans on Saturday. Powder burned; clays shattered; steel rang.

Ceili’s fiancé Jarod is the director of Bend Adventure Sports, an outreach program of their church. Through March, he’s been leading Saturday snowshoe treks, but the past couple of weeks, the conditions have just not supported snowshoes. So Saturday turned into a range day for the Gatley Clan and Clan Cornelius. Jarod’s brother Chad joined us with a brand-new Ruger American in .308 that he had bought Friday and wanted to zero. Sweet carbine-length piece with an 18-inch barrel threaded for a can. Jarod’s father, Brian, brought out an heirloom Savage 99 with four precious .300 rounds, meaning the four lads each got a shot. 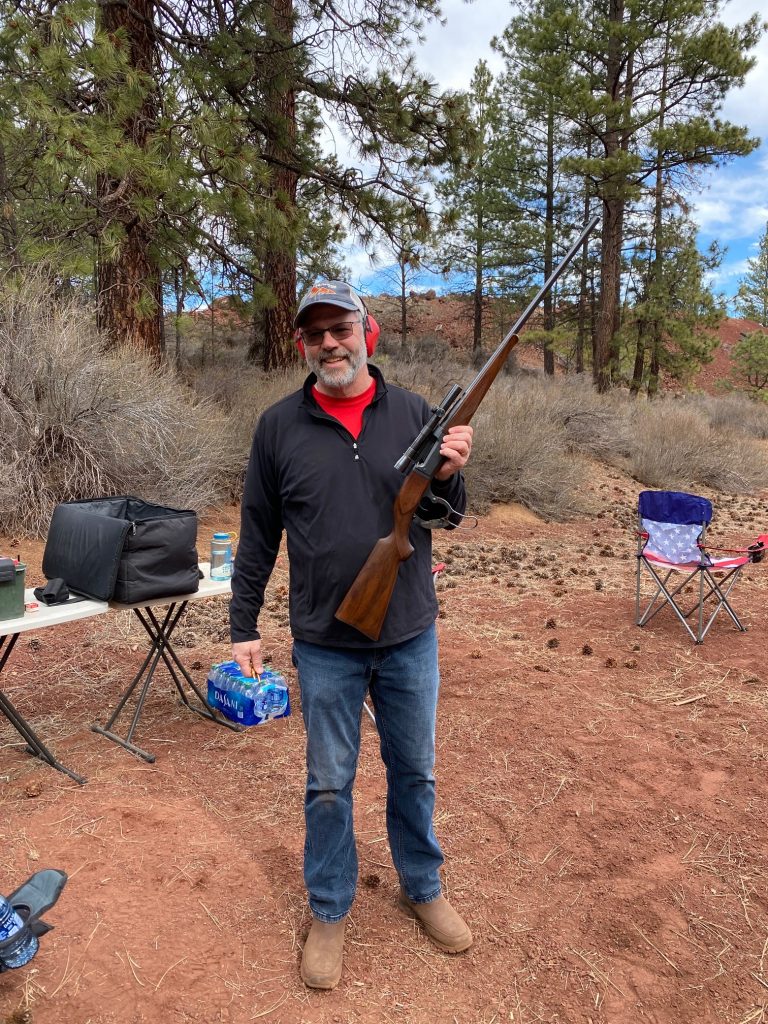 The Savage 99 was an innovative piece in the early 20th Century, the terror of the whitetail woods. When I worked at Pachmayr, we had several clients who collected them. The Gatley piece is in outstanding condition and the original 2.5X post-reticle scope was a hoot. She shot plumb center (well, just a hair right-of-center, in truth).

We ran everything from vintage (including the Savage 99 and a Model 12 pump shotgun) to new-in-box. 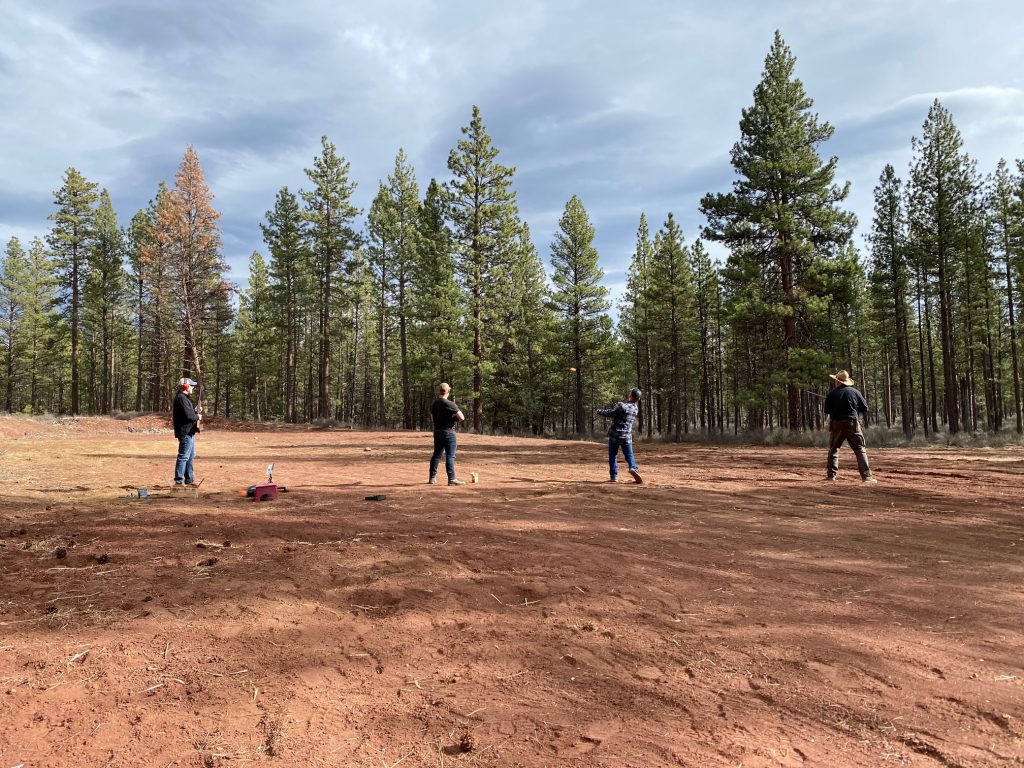 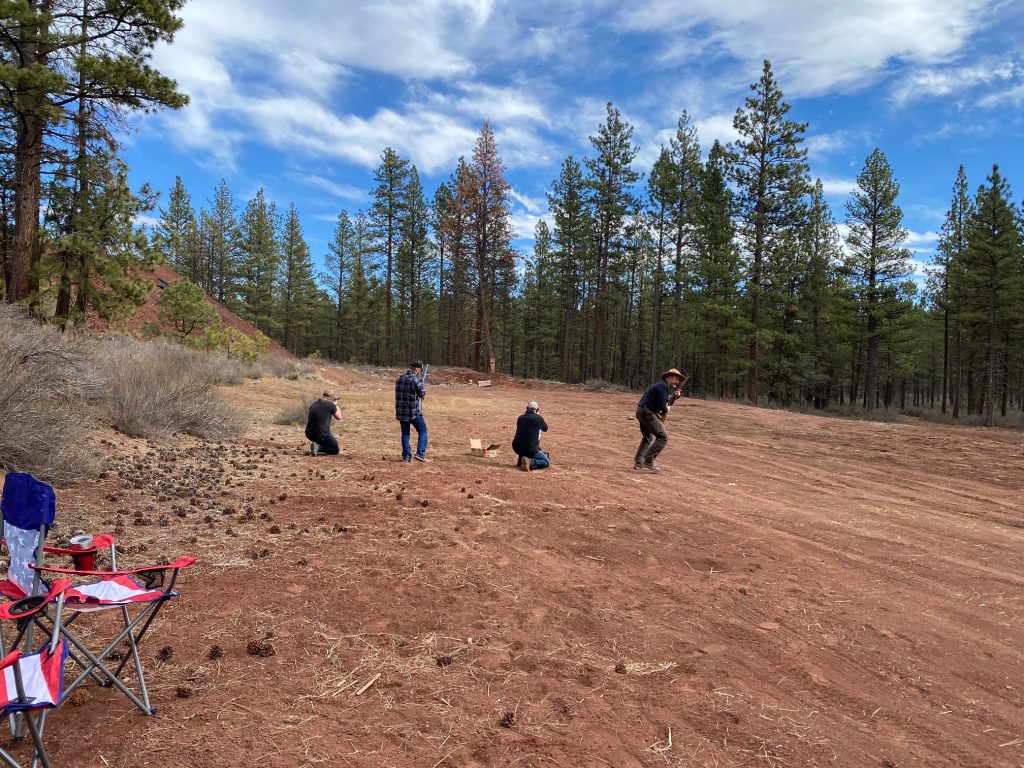 What looks like a cool action shot is actually just me trying to unhinge my knees. I did a thruster-heavy workout at the Pit on Friday, and the kneeling position was a whole lot easier to get into than out of on Saturday. Hah!

The Great Ammo Shortage is easing up. Our local Bi-Mart had no limit on 9mm purchases, and they’ve consistently stocked 5.56mm and 12 gauge. The only thing that seems to continue to be scarce is .38 Special and .357 Magnum, which is unfortunate, because it has limited my time on the S&W 686, which remains my favorite handgun. 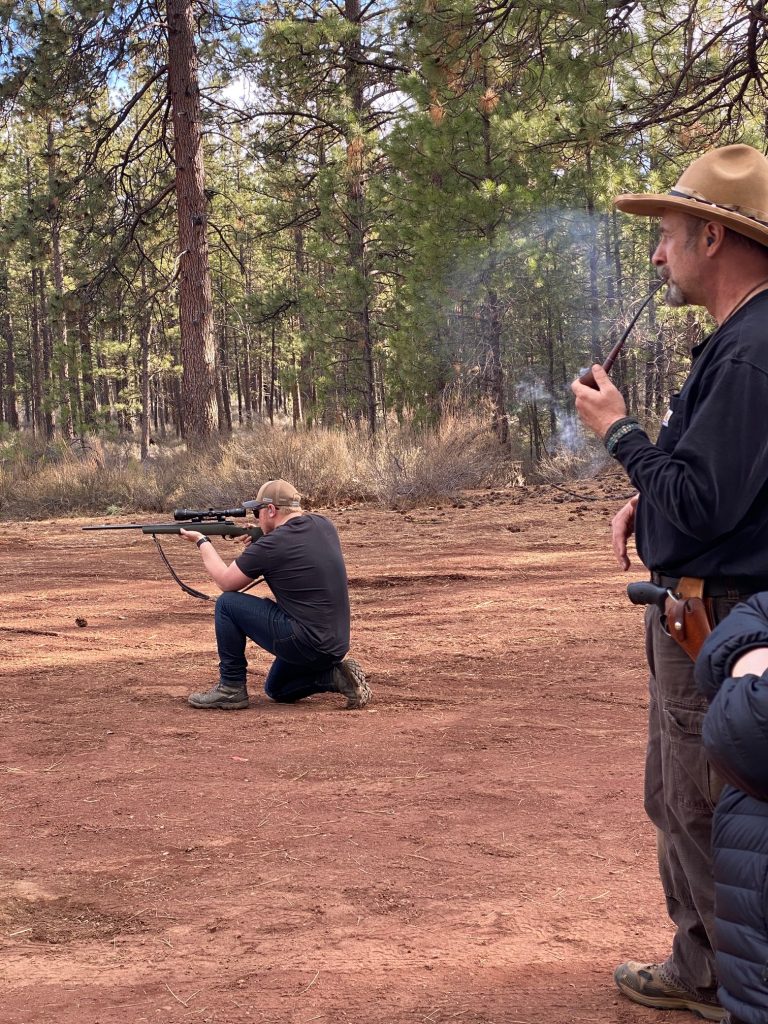 Marilyn has a new eye doc who fixed her up with the kind of contacts she needs, which meant that an AR-15 with a red dot sight is suddenly a viable instrument again. She was mighty tickled to be able to smack targets as in days of old, with pistol and AR. And Ceili and Jarod enjoy shooting together, which bodes well for married life… 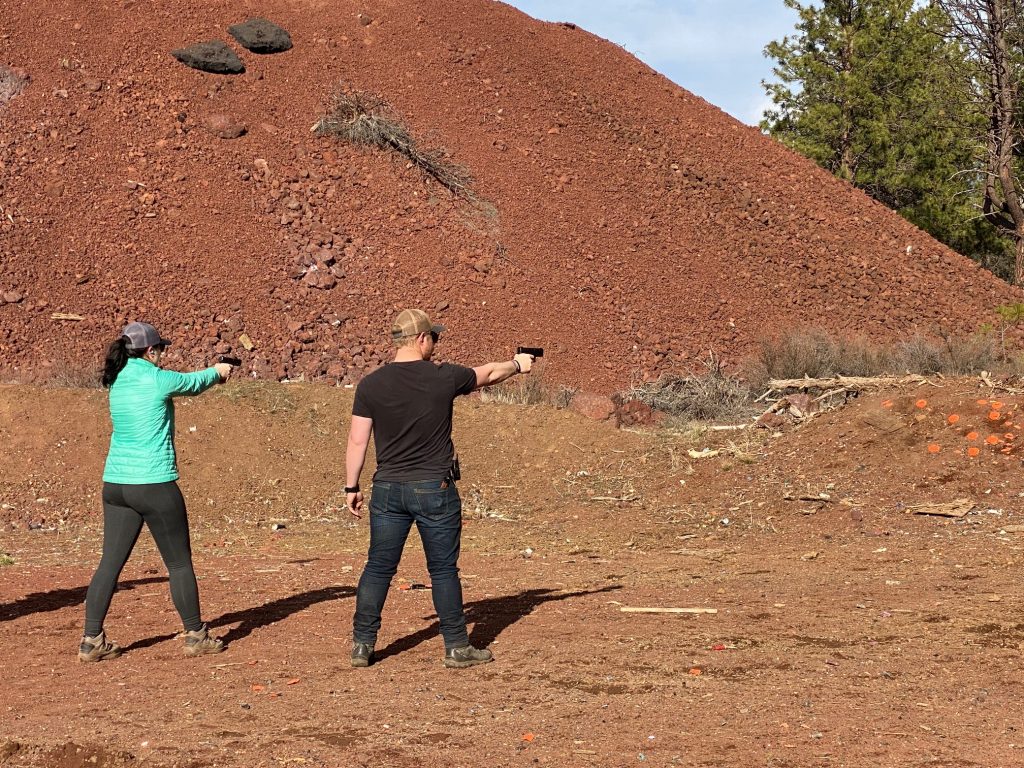 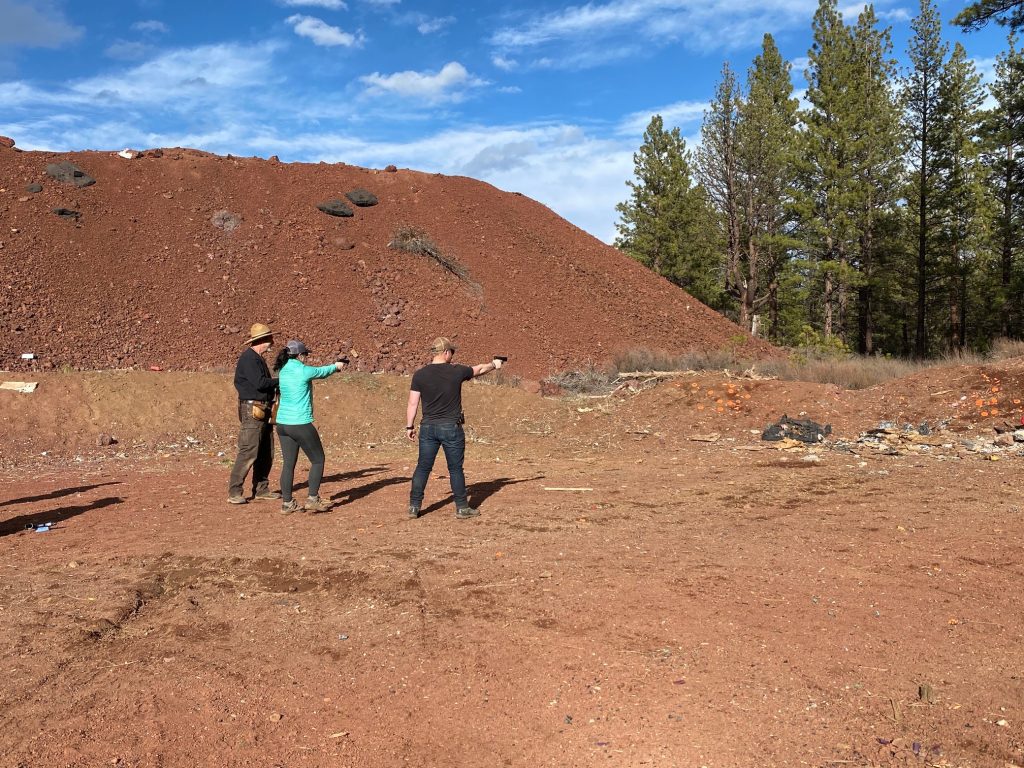 I was out there for four hours, completely in the moment. No compulsive checking of the world sit-rep. ’Twas a tonic, so it was.

Previous Post: « America At Its Best
Next Post: Working The Trapline — On the Outer Range With A Red Right Hand »