“This is America at its best.” 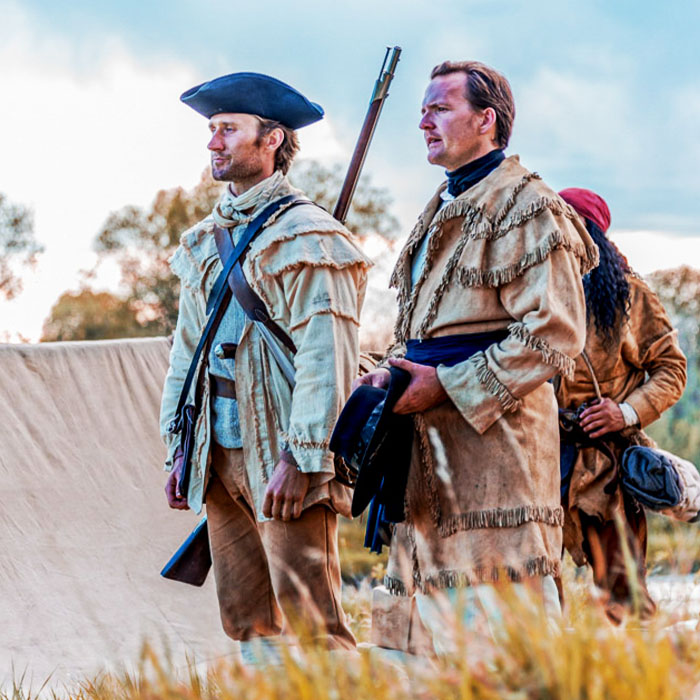 The Corps of Discovery, better known as the Lewis & Clark Expedition, is one of the most remarkable exploratory missions in history. Tasked to “discover” just what President Thomas Jefferson had bought from Napoleon in the Louisiana Purchase — oh, and find that ever-elusive water route to the Pacific Ocean; oh, and show the flag to the British and the Russians and whoever else might have eyes on the back end of the continent — the expedition succeeded on all levels (except finding that damned water route), despite obstacles and hardships that might have killed them all.

As Bob Boze Bell says, it truly does represent America at its best: persevering through hardship, displaying innovative initiative driven  by field-expedient engineering, science and technology. With the exception of a nasty brush with the Blackfoot, their interactions with the native peoples were (by dire necessity) cordial, the better side of the frontier cultural exchange.

The Corps of Discovery is the focus of the latest episode of INSP’s docudrama series Into the Wild Frontier, which drops on Thursday.

In the case of Lewis & Clark, the title really should be Beyond the Wild Frontier, because they were headed off into country that was pretty much terra incognita to European-Americans. Geography was more rumor than anything else, and it required significant navigational skill just to keep track of where they were, much less where they were headed.

The episode focuses on a couple of inflection points in the expedition — a smart narrative choice; covering the whole scope of the project over 45 minutes would have been mighty thin. The first is the decision point at the Mouth of the Marias, the confluence of the Marias and Missouri Rivers. It was unclear which stream was the “true Missouri,” and the choice of which fork to take was critical, because a wrong choice could cost weeks of travel. The depiction showcases the remarkable collaborative leadership of Captains Meriwether Lewis and William Clark, their navigational skills, and the discipline maintained in the Corps when all the men thought the northern fork was the right choice and the captains chose the western one.

The second inflection point comes when it becomes clear that the expedition cannot continue by water and must have horses with which to cross the Rocky Mountains. Seeking out the Shoshone and establishing a relationship with that people is given significant screen time and depth — including the role of the young Shoshone woman Sacagawea.

The leads portraying Lewis & Clark are well chosen and capture the spirit of the two remarkable leaders. The episode does a very good job at portraying just how arduous the day-to-day travel was for the expedition. I particularly liked the depiction of the dugout canoes and went down a rabbit hole exploring the web on that score. I am pleased that they gave the great Shawnee/French hunter George Drouillard so much screen time. The landscapes — filmed in Montana — are breathtaking, and the commentary is on the mark.

The episode does so much right that it feels churlish to nitpick — but I must be an honest correspondent. I won’t dwell on the firearms — they’re period correct, and I’m sure that there were production limitations and some of them were just what the re-enactors involved could bring to bear. I don’t expect them to dig up an expedition’s-worth of reproductions of the 1792 Contract Rifle.

There were, though, a couple of jarring anachronisms. In a scene depicting the Corps’ Fourth of July celebration, there’s a tight shot of a banjo that is clearly a modern open-backed instrument. And I can’t explain Western stock saddles on the Shoshone horses. Such lapses are head-scratchers, especially in a production that generally does so well with the material culture.

Taken altogether, Lewis & Clark: Captains of Discovery is a worthy addition to a worthy series. INSP is to be saluted for exploring this history with such obvious passion; we Frontier Partisans sure appreciate it.