Got a very nice note from Joel Engesser at Rock Island Auction Co. Seems some of the historians at this premier auction house for historic firearms have taken to reading Frontier Partisans and listening to the podcast, since we share a love for storied frontier firearms.

He passed along a recent post that hits right in the intersection of three Frontier Partisan passions: firearms, folklore and music. Check out  What is the gun in Big Iron?

That’s Big Iron as in the Marty Robbins gunfighter ballad:

Since the release of ‘Big Iron’ more than six decades ago, fans have speculated about the exact type of gun referenced in the song’s title, and now the internet has given the topic new life. As we’ll see, however, the identity of the big iron gun is more of a mystery than one might imagine. 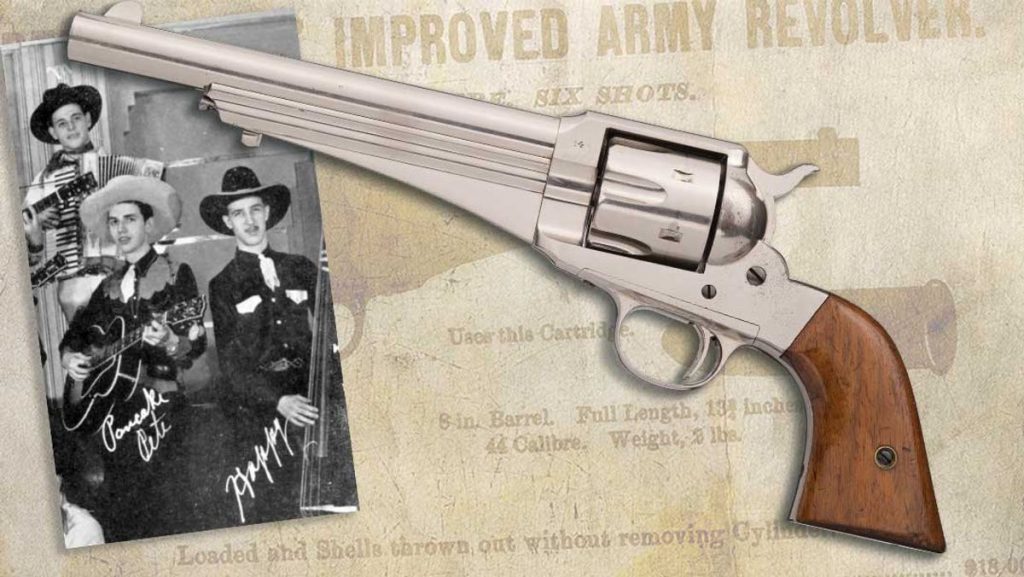 Engesser explores a sidetrail that winds among an array of Western firearms that are candidates for Big Iron status — all of which have been or will be on Rock Island’s block. Delightful stuff, and it pleases me mightily to make these connections.

Note: Some 30-odd years ago, my brother and I tormented a young man of our acquaintance who had gotten some lip piercing done and was packing some serious hardware. We sang about the “stranger with the Big Iron on his lip… Big Iron on his liiiiiiiiiiipppppp…”

Give Colter Wall’s version a spin: