Nothing says devotion like a message of love embroidered into a bedsheet with human hair from your mate’s severed head. This kind of stuff is why history should NEVER be considered boring. Here’s the caper, as reported in the never-boring Daily Mail:

A 300-year-old bedsheet embroidered with a love message in human hair that was possibly taken from a severed head is to go on display at a London museum.

Anna Maria Radclyffe embellished the old linen in memory of her husband James, who was beheaded for treason in 1716.

The third Earl of Derwentwater and grandson of Charles II, he was 26 when he was executed for his involvement in the first Jacobite rebellion, a story which was immortalised in Sir Walter Scott’s 1817 novel Rob Roy. 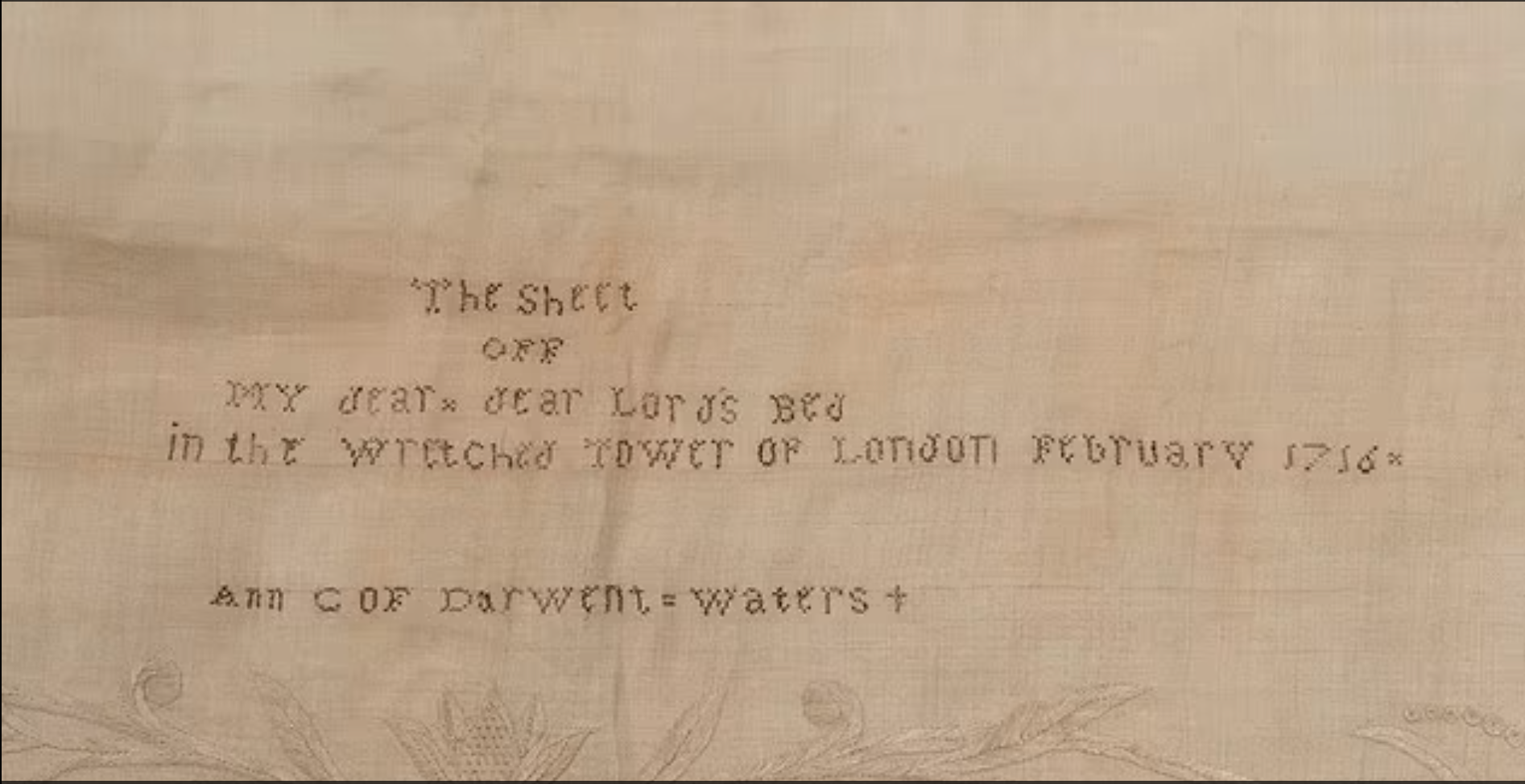 The sheet OFF MY dear Lord’s Bed in the wretched Tower of London February 1716 x Ann C of Darwent=Waters+.

The London Museum believes the embroidery could be either hair from James’s severed head, or from hers, or a weaving of the two. We’re going with that last one. Both James and Anna are said to be unquiet in their graves, haunting the ruins of Dilston Hall. 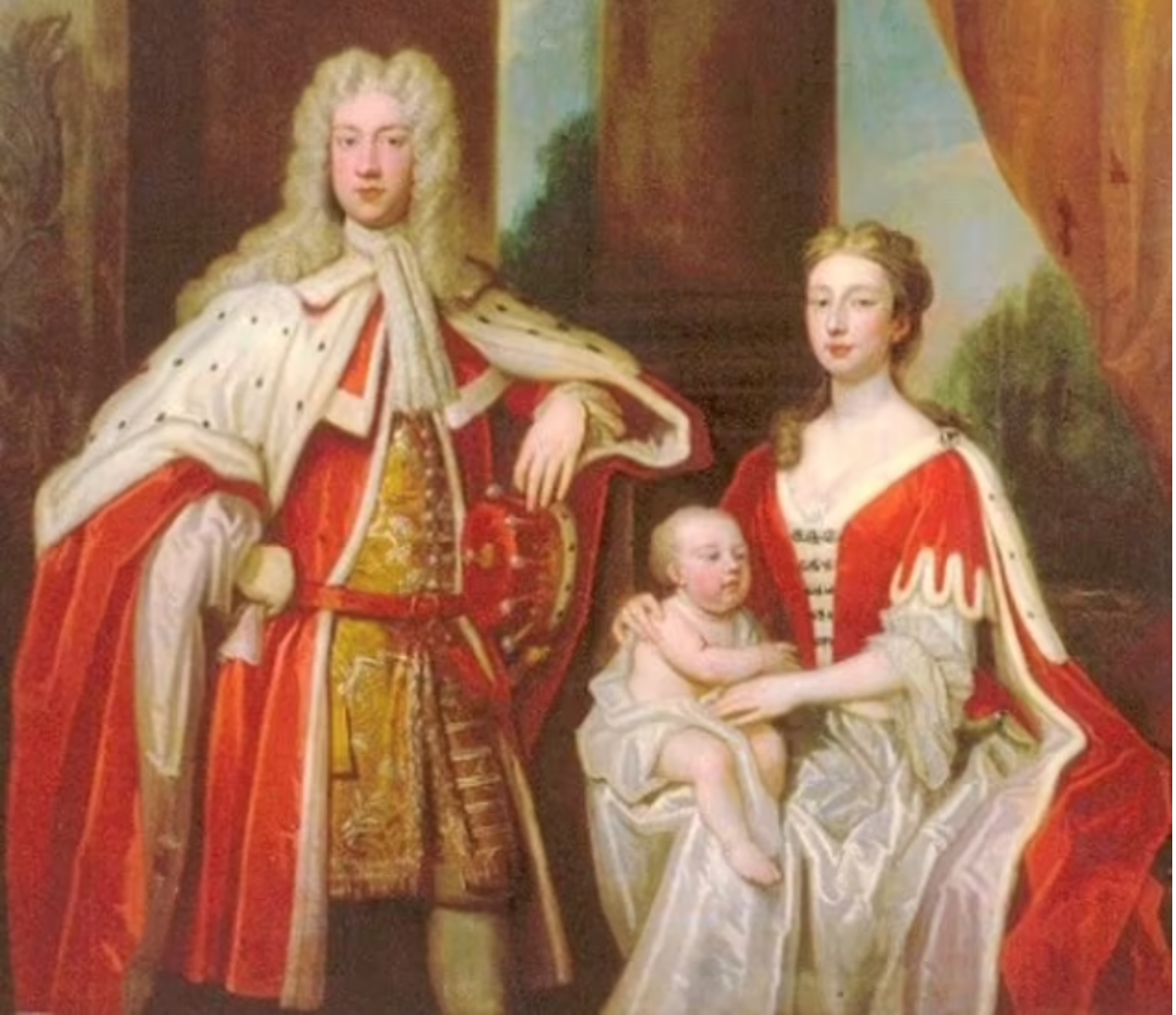 James, third Earl of Derwentwater, and his devoted wife Anna.

The sad tale was made into a ballad:

And then there’s this: