I find this stirring…

The Hero’s weapon, honored by the original maker. I find it interesting — and charming — that Corbett anthropomorphized his rifle, though he doesn’t say he named it, like Boone’s Tick-Licker or Crockett’s multiple Betsys.

Jim Corbett is one of the few Frontier Partisans who remains unambiguously a hero to just about everyone who knows of him. Wade McKnight pointed me in the direction of a recent biography of Corbett, scouted up by Stephen Bodio. This will definitely be one for the library. 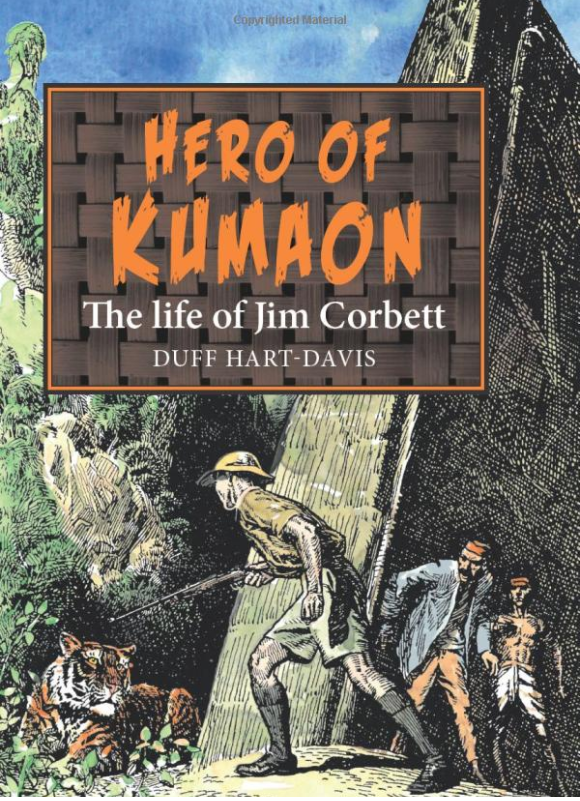 Jim Corbett became the hero of thousands of impoverished local families in the remote Indian region of Kumaon when, throughout the 1920s and 30s, he answered their pleas to rid them of the man-eating tigers and leopards which were ravaging their populations. Man-eaters roamed a region of hundreds of square miles over several years, killing the defenceless villagers at will: for example the Champawat man-eater had killed over 434 people in six years, the Panar maneater over 400.

Jim, one of 15 children, was born in 1875 to the local post-master in Nainital, and taught himself as a barefoot boy in his local jungle to become, in his spare time one, of the most skilled trackers of his day, fluent in the local dialects, patient beyond endurance and an excellent shot.

Duff Hart Davis’ biography threads together the life of this very private, unassuming Indian railway clerk. Often through Jim’s own written words, Duff sets out the highlights of Jim’s adventures in sequence and in context, thus throwing light on Jim’s remarkable character.

Previous Post: « Working The Trapline — The Outside Circle
Next Post: The Siege of Fort Detroit & Slaughter At Devil’s Hole »