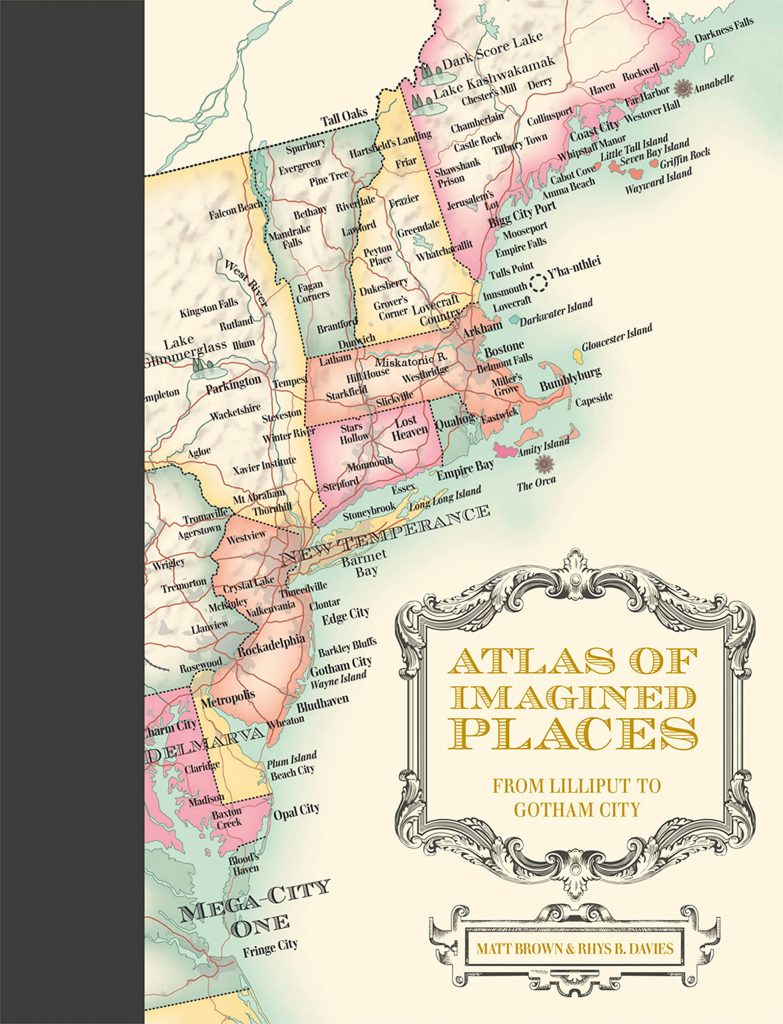 Ever wanted to visit a place does not exist? Ever wondered where exactly a favorite fictional setting was? Well, this book, Atlas of Imagined Places: From Lilliput to Gotham City is for you.

The premise of this book is to map out places that do not exist in the real world but do in various forms of media whether these are books, television, comics, or video games. While it would be impossible to map out every fictional setting, this book maps out a tremendous number of them.

To do this the books writers, Matt Brown and Rhys Davis, had to establish certain rules. The setting had to play a major role in the source material. It had to be well-anchored to real geography. It has to be set on Earth or a parallel Earth. They excluded places that would be considered offensive.

One can quibble with these rules. The third excludes fantasy lands like Narnia or Earthsea. They also excluded Middle Earth even though it exists in the distant past of our planet. According to the writers, it was too difficult to map it in a meaningful way on the current continents. They did, thankfully, include most of the countries from Robert E. Howard’s Hyborian Age. The Land of Oz also turned out to be too difficult to include.

The thing is so much work has gone into this that while, invariably, I have a list of things I would have done different, I feel guilty bringing them up. I can think of places I would have liked to see (Lonesome Dove) and others from properties I simply don’t care about (Pokemon, Steven Universe and especially Twilight.) Thing is there is so much in here that I do love and it’s not as if properties I do not like do not have their fans. Some of the things it did do were wonderful. They answered, as best as anyone can, where Springfield from the Simpsons is located. (You can tell the writers are Brits since there are so many references to the Simpsons.)

In terms of Frontier Partisans material, there is much to like. Aside from the nations of the Hyborian Age, lands from the works of H. Rider Haggard and Edgar Rice Burroughs are given their due. This is particularly true of the map of Africa which includes the birthplace of Tarzan and the lost cities of Opar and Zu Vendis among others. Fans of Outlander will also find many settings from that series. 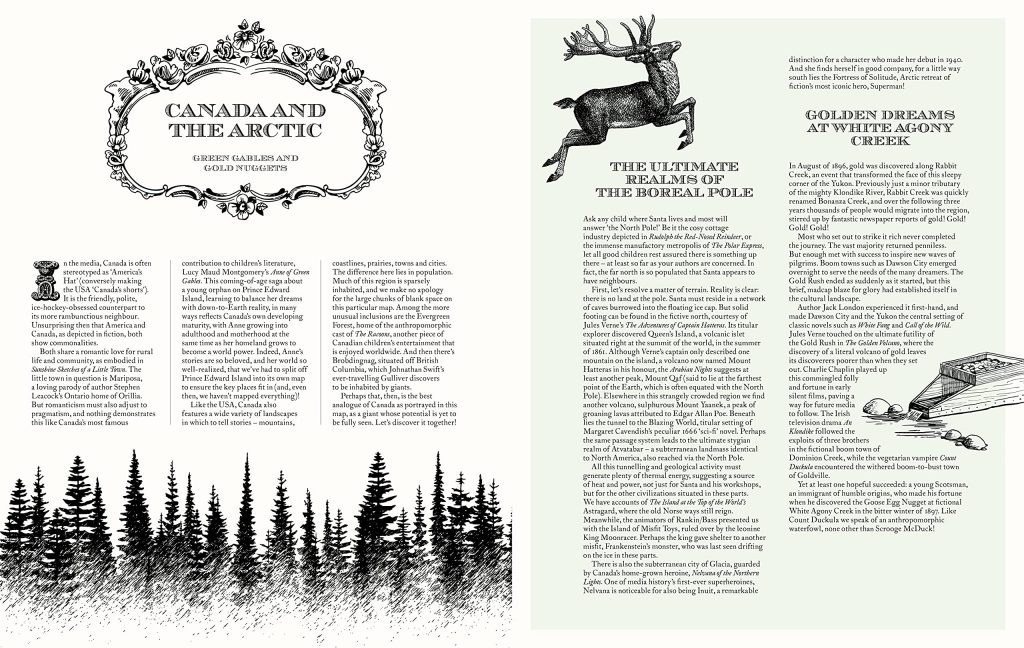 Works of fiction not really germane to this site are also included. As the name of the book suggests this includes Gulliver’s Travels and the DC comic universe. (Plenty of places from Marvel are also included.) Harry Potter fans will be glad to find Hogwarts, along with all the other wizard schools from that series. (I hadn’t known there was more than one.) The map of Japan will delight manga/anime fans. I was also surprised and delighted that the book included Roanapur, the fictional crime-ridden Thai city from one of my favorite mangas, Black Lagoon.

In fact much of the joy of reading this book is looking over a map and being surprised about finding a location from a favorite work of fiction. Because of this I am only mentioning some of the material covered. One can also learn of and about new works of fiction.

I would also recommend this book to Anglophiles, because, being from Britain, the writers quite naturally included quite a lot of places from British media. I happen to think England, Scotland, and Ireland should have gotten their own individual maps since the map of Britain is so crammed with places. (The US got three maps.)

The size of the territories also various with the whole countries like Ruritania to single buildings like Downton Abbey.

The book is well put together. Fortunately, there are two indexes: one by place and one by fictional work. So that one can look up places that one is not familiar with and the other one can look up to see if favorite fictional works are there. The former can be useful as a springboard for finding new favorites.

Over all one gets that this book gives the impression that it was a labor of love. There is simply no other reason for creating this book. I would recommend it to anybody who loves the many realms of fiction.