I love dioramas. Ever since I was a little kid, there was something magical about an artistic, three-dimensional depiction of some historic event or battle. A diorama has the power to mesmerize.

Imagine my delight when Craig Rullman walked through the doors of The Nugget bearing a Christmas present he had crafted over many hours. He named his creation The River Marauders-1750 — and I love it. 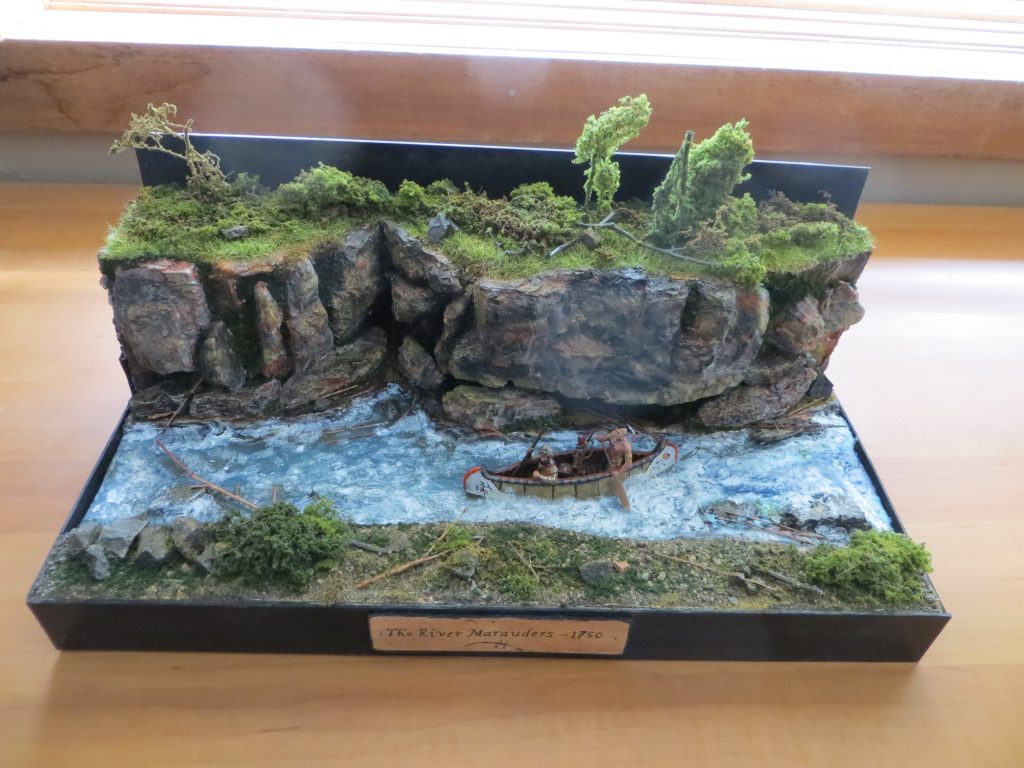 I am absorbed in sussing out the backstory on what I believe to be a French coureur du bois and his Anishinibeg (probably Ottawa) comrade running a stream in a birchbark canoe, somewhere in the pays d’en haut. The trapper/trader has espied a tomahawk on the banks. He’s shipped his paddle and reached for his fusil. Does the ’hawk represent the remains of a fatal encounter? A warning? Or simply a lost piece of gear? In this country, you have to interpret the sign carefully because your life may depend on it. 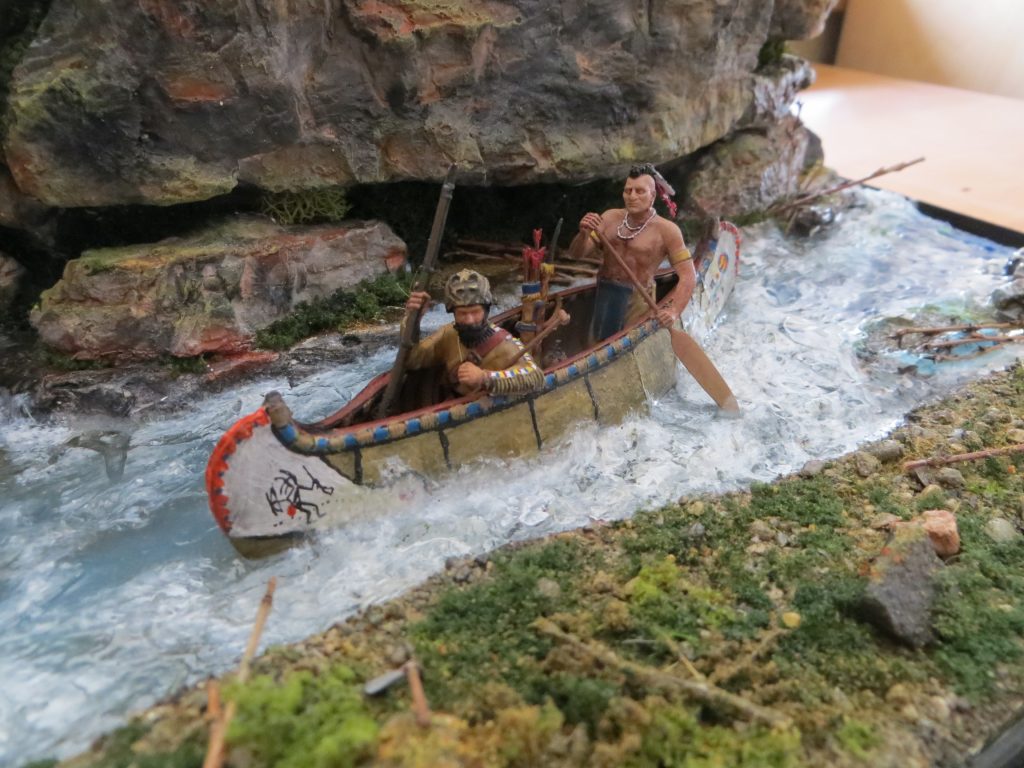 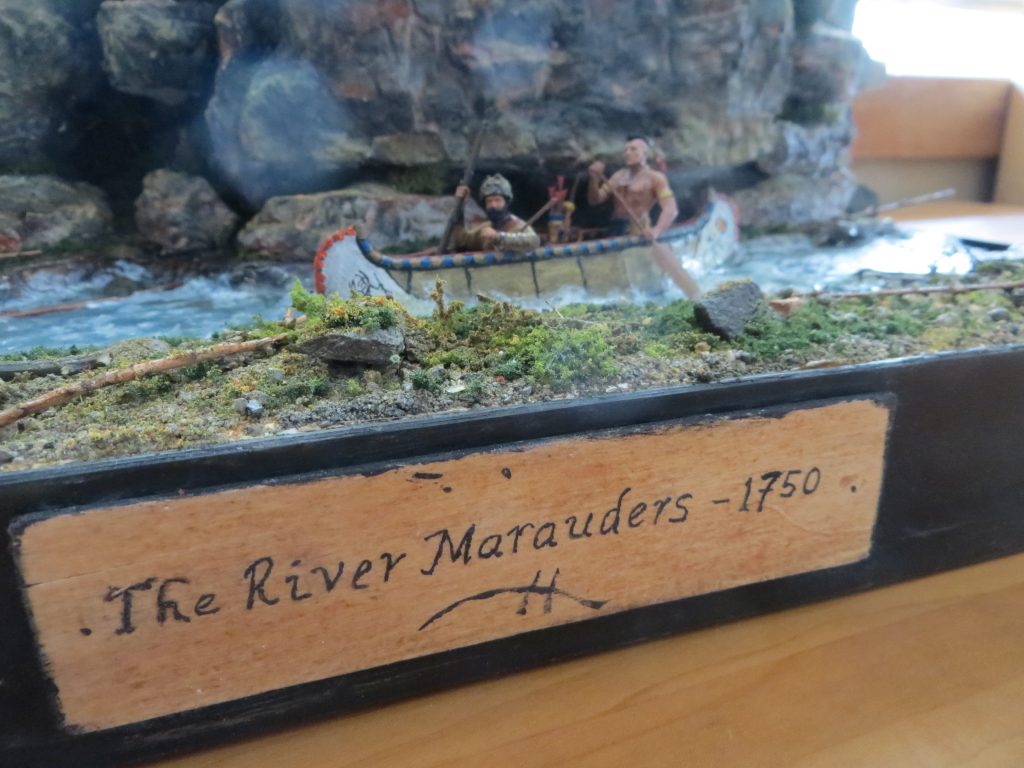 Where did they come from? Where are they headed? What will they find there — a rich haul of furs or a lonely death, leaving their bones to bleach in the wilderness?

I’ll let you know when I know…

Previous Post: « ‘I Never Will Walk By The Brazos Again’
Next Post: Working The Trapline — Pocahontas Face »