My friend Vernon Stubbs  is a remarkable man — an elite warrior who is passionately dedicated to native grass restoration. He owns a place on the rangeland north of here that was threatened by the Grandview Fire last summer. Fortunately, he was well-prepared, having engaged in significant fuels reduction work on the place. A year ago, he tracked and helped to rescue an escaped horse, which you can read about here.

He operates Alpine Land Management in Sisters. He told The Nugget a while back:

“I’ve been proud to serve, but all along, since I was a kid, my passion has been stewarding the land.”

His approach is to promote biodiversity through thinning, especially of juniper, controlled “jackpot” burning of concentrated fuels, reforesting, transplanting of native botanicals and grasses and composting. He turns cut juniper into fence posts and firewood lengths.

Stubbs grew up in Texas.

“When I was a kid, I was like Tom Sawyer and Huck Finn, out canoeing and bowfishing. I love God’s creation. You learn something new every day out in nature.”

He likes to shoot a .45 Peacemaker and a 70# longbow (which is a stout draw weight) and work long, hard days outdoors in the company of his Rottweiler pup. He just took up shooting a .50 caliber muzzleloader.

Vernon sent me this video the other day. The video features retired Marine Major Brian Chontosh, who was awarded the Navy Cross for Audie Murphy-class combat actions in Iraq on March 25, 2003. During an ambush while his Combined Anti-Armor Platoon Weapons Company was advancing upon Baghdad, Chontosh aggressively attacked an entrenched enemy position. He ran his M16 and 9mm pistol dry, then took after the enemy with their own weaponry. He is reported to have killed at least 20 enemy soldiers during the incident.

Chontosh has gone on to compete in ultramarathons and Crossfit Games. 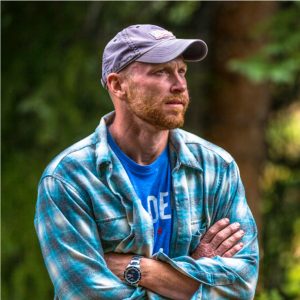 Vernon shared the video because it expresses an ethic we can all adopt, even if we’re not approaching the exceptional level Chontosh has hit: We need risk, failure and constant testing of our capabilities. As Vernon says:

“You gotta do hard shit.”

Thought this would be inspiring for folks here. It inspired me to put in a little extra on the FP Biathlon two days in a row, for which I’m right now paying with the painful pleasures of well-earned soreness. Lordy but it was glorious out at the Pit this weekend. Morning temperatures in the high teens and perfectly still.

In the early 20th Theodore Roosevelt advocated for what he called The Strenuous Life, in the face of rapid industrialization and the fear that individuals and society would lose something of fundamental value if we let vigorous frontier values and capabilities wash away on the tide of advancing civilization:

I preach to you, then, my countrymen, that our country calls not for the life of ease but for the life of strenuous endeavor. The twentieth century looms before us big with the fate of many nations. If we stand idly by, if we seek merely swollen, slothful ease and ignoble peace, if we shrink from the hard contests where men must win at hazard of their lives and at the risk of all they hold dear, then the bolder and stronger peoples will pass us by, and will win for themselves the domination of the world. Let us therefore boldly face the life of strife, resolute to do our duty well and manfully; resolute to uphold righteousness by deed and by word; resolute to be both honest and brave, to serve high ideals, yet to use practical methods. Above all, let us shrink from no strife, moral or physical, within or without the nation, provided we are certain that the strife is justified, for it is only through strife, through hard and dangerous endeavor, that we shall ultimately win the goal of true national greatness.

The notion of The Strenuous Life seems to be having a moment again. Michael Easter’s The Comfort Crisis: Embrace Discomfort To Reclaim Your Wild, Happy, Healthy Self  seems to have struck a chord and garnered a lot of attention:

In many ways, we’re more comfortable than ever before. But could our sheltered, temperature-controlled, overfed, underchallenged lives actually be the leading cause of many our most urgent physical and mental health issues? In this gripping investigation, award-winning journalist Michael Easter seeks out off-the-grid visionaries, disruptive genius researchers, and mind-body conditioning trailblazers who are unlocking the life-enhancing secrets of a counterintuitive solution: discomfort. Easter’s journey to understand our evolutionary need to be challenged takes him to meet the NBA’s top exercise scientist, who uses an ancient Japanese practice to build championship athletes; to the mystical country of Bhutan, where an Oxford economist and Buddhist leader are showing the world what death can teach us about happiness; to the outdoor lab of a young neuroscientist who’s found that nature tests our physical and mental endurance in ways that expand creativity while taming burnout and anxiety; to the remote Alaskan backcountry on a demanding thirty-three-day hunting expedition to experience the rewilding secrets of one of the last rugged places on Earth; and more. Along the way, Easter uncovers a blueprint for leveraging the power of discomfort that will dramatically improve our health and happiness, and perhaps even help us understand what it means to be human. The Comfort Crisis is a bold call to break out of your comfort zone and explore the wild within yourself.

I have the book on order and will report back. 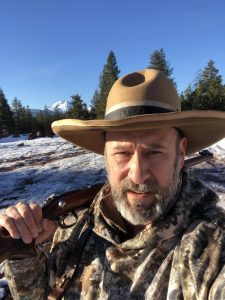 The thesis certainly resonates. I have seen the pernicious effect that an addiction to comfort brings — comfort of the physical, intellectual, psychological order. The most miserable people I’ve seen believe themselves to be victims, are afraid to challenge themselves — and can’t seem to get themselves in decent shape. They are inveterate seekers (in vain) of comfort. The happiest, most satisfied people I know are those who are not merely unafraid to challenge their physical, intellectual and psychological comfort, but are eager to do so. They do it every day, in some form or other. It doesn’t have to be an ultra — but it has to be something. I know I’m a better man, and easier to be around, when I do hard shit — whether it’s pushing myself physically, challenging myself to learn a new skill, or taking a good, hard, raw look at cherished beliefs.

This is an area in which I want to do more work. I have struggled over the past couple of years to find ways to address my alienation from mainstream culture — particularly political culture — in a generative way. Full-throated celebration of The Strenuous Life/The Hard Way seems a good way to push back against the rampant valorization of victimhood that seems to me to be the corrosive agent responsible for much of our cultural rot. Finding a way to proclaim yourself a victim is the cheapest, easiest way of achieving status in a decadent society. It’s anti-heroic to its core, and the best antidote for it is to extoll the heroic virtues at every opportunity. It is time, and past time, to go on the offensive to protect the values that mean so much to me — to us — for, make no mistake, they are under assault and existential threat. But I can’t and won’t devote myself simply to calling out bullshit. That has its place, but if you devote yourself to it, you end up merely wallowing in a toxic stew.

And, as my brother tells me, I’m tall enough without standing on a soapbox.

Far better to go climb a mountain, learn a craft, build something. Do hard shit. Here’s to The Hard Way.