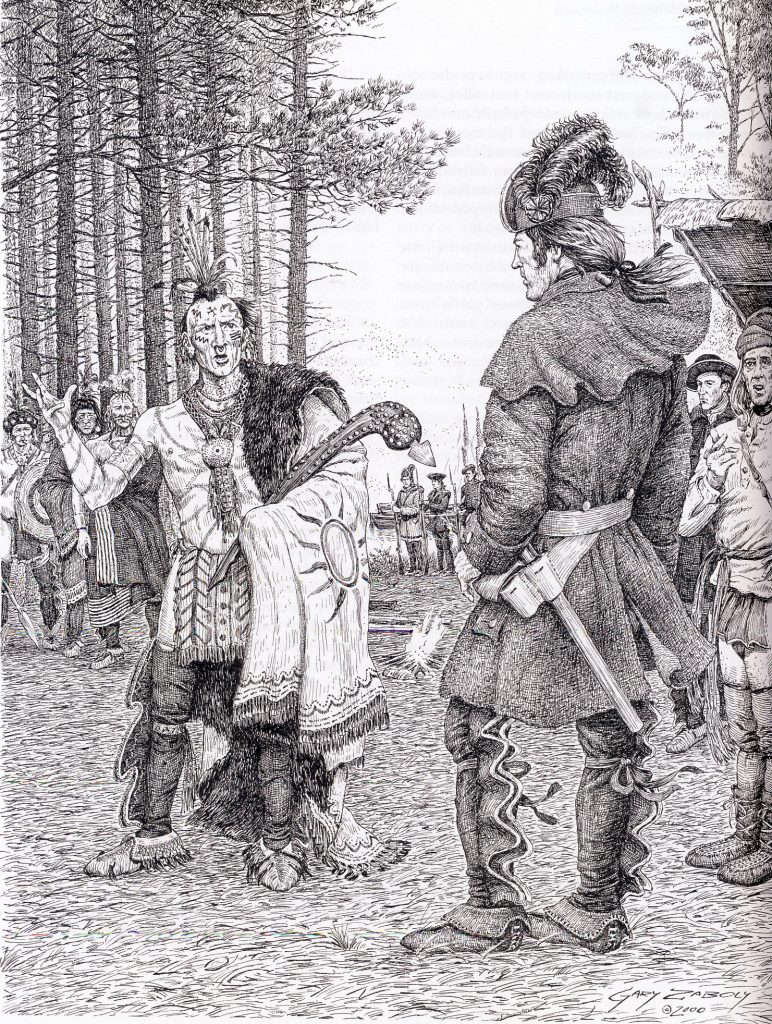 Gary Zaboly’s depiction of a meeting in 1760 between the legendary Frontier Partisan Major Robert Rogers and a then-little-known Ottawa war leader named Pontiac.

Pontiac’s War is underway. The first episode of a new Frontier Partisan Podcast series on the conflict between the native peoples of the Great Lakes and Ohio Country and the ascendant British Empire in 1763-64 is now up. You can access it here or on Spotify and an array of other podcast sites.

This is the largest undertaking so far for the podcast, and I have greatly enjoyed this deep dive into one of the most important events in Frontier Partisan history. Pontiac’s War is one of the largest and most successful native insurgencies of the Age of Empires. It is a fascinating, horrifically violent event that had vast implications, not least of which was laying a powder train that would explode a little over a decade later in the American Revolution. While the explosion occurred in coastal New England, the powder train was laid in the backcountry in the turbulent 1760s. The cultural scars left by the violence of Pontiac’s War and the Anglo-American response to it set a pattern that would be reinforced and repeated across the continent for more than a century.

I hope you enjoy exploring this territory with me.