“We shall know better how to deal with them another time.”

— General Edward Braddock, lying mortally wounded after a devastating defeat by French and Indian forces at the Monongahela River, 1755

“Light troops are, as it were, a light or beacon for the general, which should constantly inform him of the situation, the movements and nature of the enemy’s designs; it is upon the exactness and intelligence of what they report that he is enabled to regulate the time and manner of executing his own enterprises.”

The American stereotype of British troops in the colonial era is that they were a set of over-disciplined automatons led by arrogant blockheads, lining up shoulder-to-shoulder in the open to be slaughtered by foes who cannily took to the trees to combat them. That’s mostly bunk. In fact, the British Army in North America adapted to forest warfare conditions, adopted “the Ranging Way of War,”  and created highly effective light infantry capable of meeting and beating their French & Indian enemies on their own terms.

Perhaps the most vivid exemplar of the adaptability of the British soldier in North America was Quintin Kennedy, a young Ulster Scot who arrived in Virginia in the spring of 1755 as an ensign in the 44th Regiment of Foot — part of the doomed army of General Edward Braddock that would be mauled on the Monongahela River in western Pennsylvania while attempting to drive the French away from the Forks of the Ohio.

David L. Preston wrote what I consider to be the finest book on the Monongahela Battle, Braddock’s Defeat. In examining the consequences of the terrible slaughter in the wilderness, Preston emphasizes that the British Army did, in fact, learn quickly how to “know better how to deal with them another time.” Officers were assigned to learn “bush fighting” from colonial Rangers and from the Indians. Some of them took to their role so completely that, in an expression that would prove durable well into the 20th century, they “went native.”

Quintin Kennedy experienced the most thoroughgoing transformation of any British officer of the French and Indian War. He went from Redcoat officer to Indianized warrior in a military career stretching from the Monongahela to the Mohawk and Champlain valleys, to St. Francis on the St. Lawrence to Cherokee country in Carolina, and finally to the island of Martinique.

Kennedy was profiled in a 1756 edition of the Scots Magazine:

“Liet. Kennedy has married an Indian squaw, whose tribe has made him a king. Gen. Abercrombie gave him a party of Highlanders joined with a party of Indians to go a-scalping, in which he had some success. He learned the language, paints and dresses like an Indian, and it is thought will be of service by his new alliance. His wife goes with him and carries his provisions on her back.”

Setting aside the typical 18th century hyperbole about Indian “kings,” it appears that Kennedy did marry, or at least establish a conjugal relationship with an Iroquois woman, likely a Mohawk. He was also very close with an Ohio Iroquois warrior named Silver Heels, whom one contemporary described as Achates to Kennedy’s Aeneas*.

The 1756 raid took a grueling 40 days and took the Indian/Highlander force into the St. Lawrence River Valley that was the heartland of New France, where they burned a tavern, destroyed a sawmill and killed several French habitants. Tit-for-tat for the French and Indian raids on the British colonial frontier settlements. Kennedy took at least one scalp. 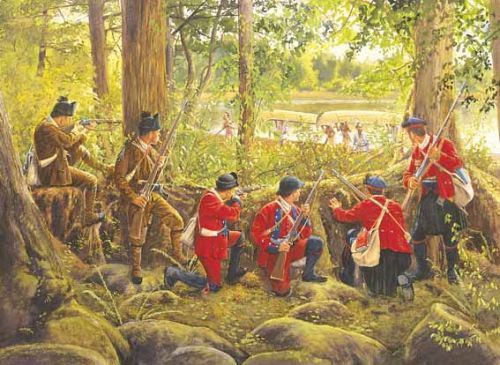 In 1761, Kennedy was detailed south to participate in a long-range punitive expedition against the Cherokee, who had been raiding the Carolina frontier and had taken the British post of Fort Loudoun, in what is now east Tennessee, in 1760. Kennedy led an “Indian Corps” of 138 Mohawks, Chickasaws, Yuchis, Catawbas and Stockbridge Indians (Christianized Mohicans from Massachusetts who had served throughout the war as Rangers). 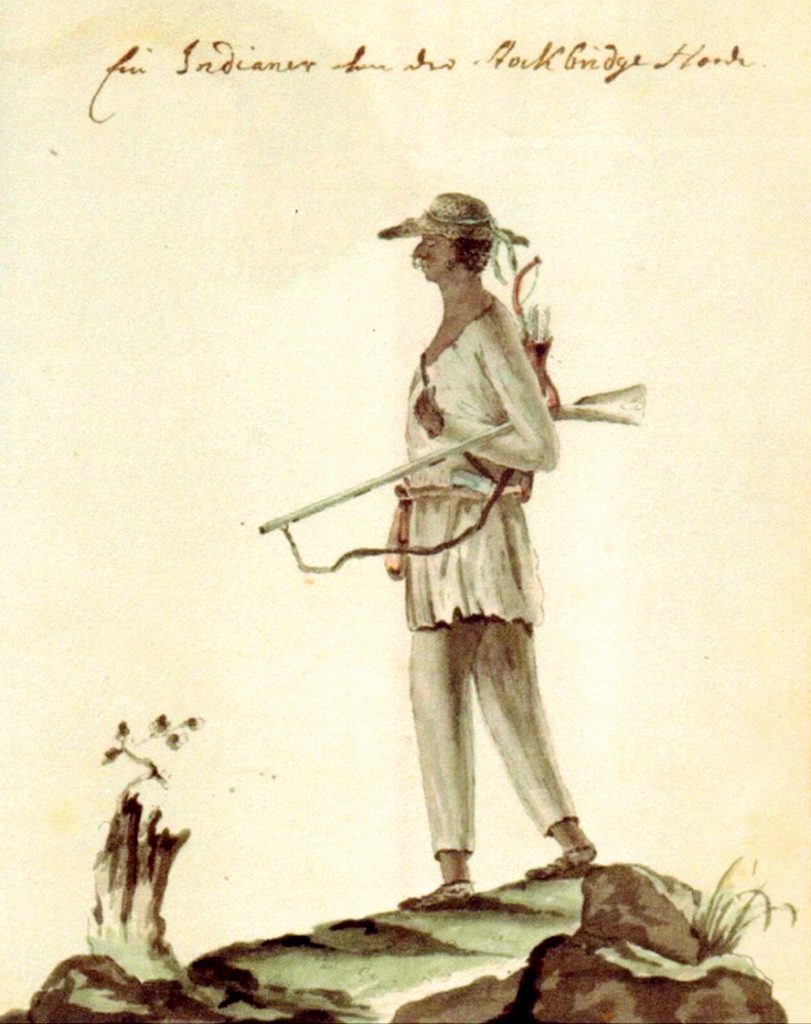 The Indian Corps was the tip of the spear of General James Grant’s army, comprised of British troops and colonial militia (including Francis Marion, the future Swamp Fox). The army snaked through extremely rugged mountain country, burning Cherokee towns and crops. 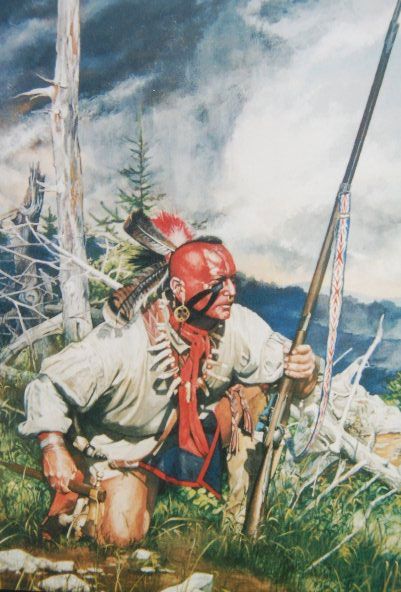 As the expedition trekked through the valley of the Little Tennessee River the Cherokee launched an attack on the head of Grant’s column. What ensued would be known as the Battle of Cowee, and it demonstrated that the British Army had fully absorbed the lessons of defeat, had adapted and could overcome. 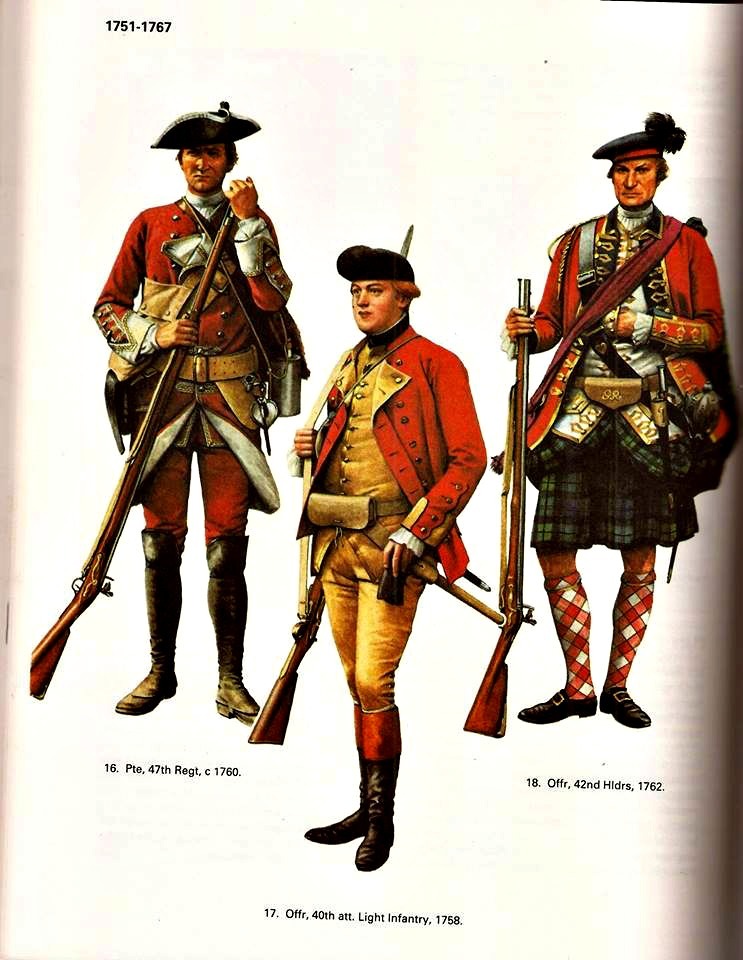 Kennedy’s Indian Corps attacked into the ambush, opening a heavy fire on the Cherokee on the forested slopes around. Instead of forming up and firing useless volleys into the trees as Braddock’s force had on the Monongehela six years before, Grant’s column sprinted through the kill zone. A running fight ensued that lasted for three hours. The main column, screened by the skirmishing of the Indian Corps, made it out with an estimated 11 killed and 60 wounded. The expedition continued, engaging in small, sharp skirmishes over a period of a month, and devastating the Cherokee towns. Grant destroyed 18 towns and 1,500 acres of crops. Five thousand Cherokees were made refugees. They were forced to sue for peace.

Kennedy’s next theater of operations in this world war was in the Caribbean, where the British Army was invading the French island of Martinique. Silver Heels stayed by his side as they operated a unit called Kennedy’s Rangers. They fought “in a good many skirmishes,” cutting loose with the “Indian Halloo” in battle to strike fear into the heart of the French.

Wounded in the thick of the fighting in an assault near Cape Navieres on January 24, 1762, Kennedy never recovered. He succumbed to tropical disease some months later. 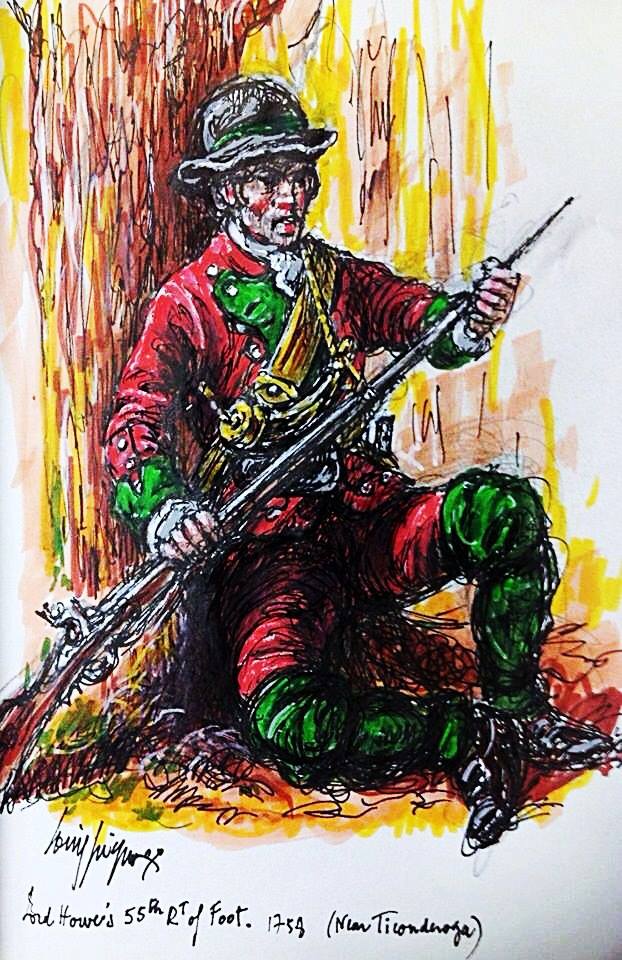 Soldier of the 55th Regiment of Foot. Art by Louis Fregier.

Unfortunately for the British, their light troops were badly chewed up by the French and Indian War. As Preston notes, the best practitioners of the art — Lord George Howe, Kennedy, Henry Bouquet — either died in the war or shortly thereafter. The light infantry tasked to take on the Americans in the Revolution that broke out in 1775 was a shadow of its former self. But the value of light infantry had been proven, and the spark of the tradition would live on, along with the romantic and wild image of the British soldier gone native.

I like to think that in some Valhalla, the likes of TE Lawrence and Quintin Kennedy are firing up Brough Superior motorcycles and giving the Indian Halloo as they ride on in eternal glory. 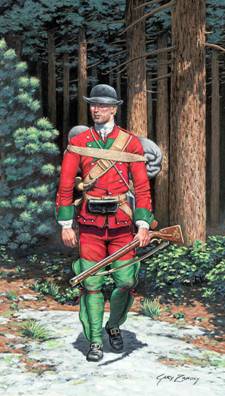 * Achates was the faithful companion of the Trojan hero Aeneas — in Virgil, the ancestor of Romulus ands Remus, founders of Rome. British officers of the 18th Century were besotted with Classical allusions, and they often compared the Iroquois to Romans.