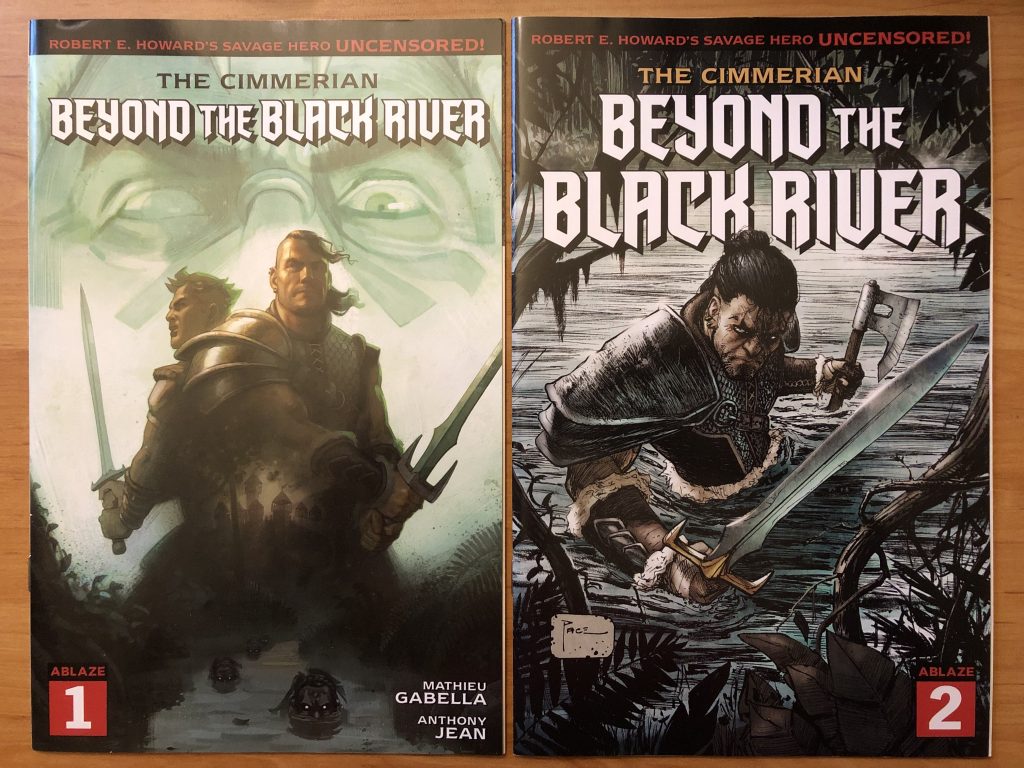 If you’re no stranger to Frontier Partisans, then no doubt you will have come upon mention and discussion of Robert E. Howard’s classic tale, Beyond the Black River, wherein Conan (the Barbarian) is thrust into a frontier tale, spiced with black magic and other elements to present a fantasy tale to readers. But at its heart, there is no denying its deliberate frontier history roots.

Recently, Glenat — a French comic book company — took a swing at their own adaptation. Glenat started producing Conan comics just about the time Marvel took up the license again. I don’t know the copyright and trademark rules for France. But as soon as they tried an American release (via Ablaze Publishing,) they were at first stymied. However, some arrangement was made by all interested parties (Apparently. I don’t know the details – figure it’s a little out-of-scope here.) Perhaps it was allowed because the Glenat stories are tapping direct adaptations of Howard, whereas Marvel’s return have been their own stories. In fact, Ablaze reprint the original Howard stories at the back of each issue. 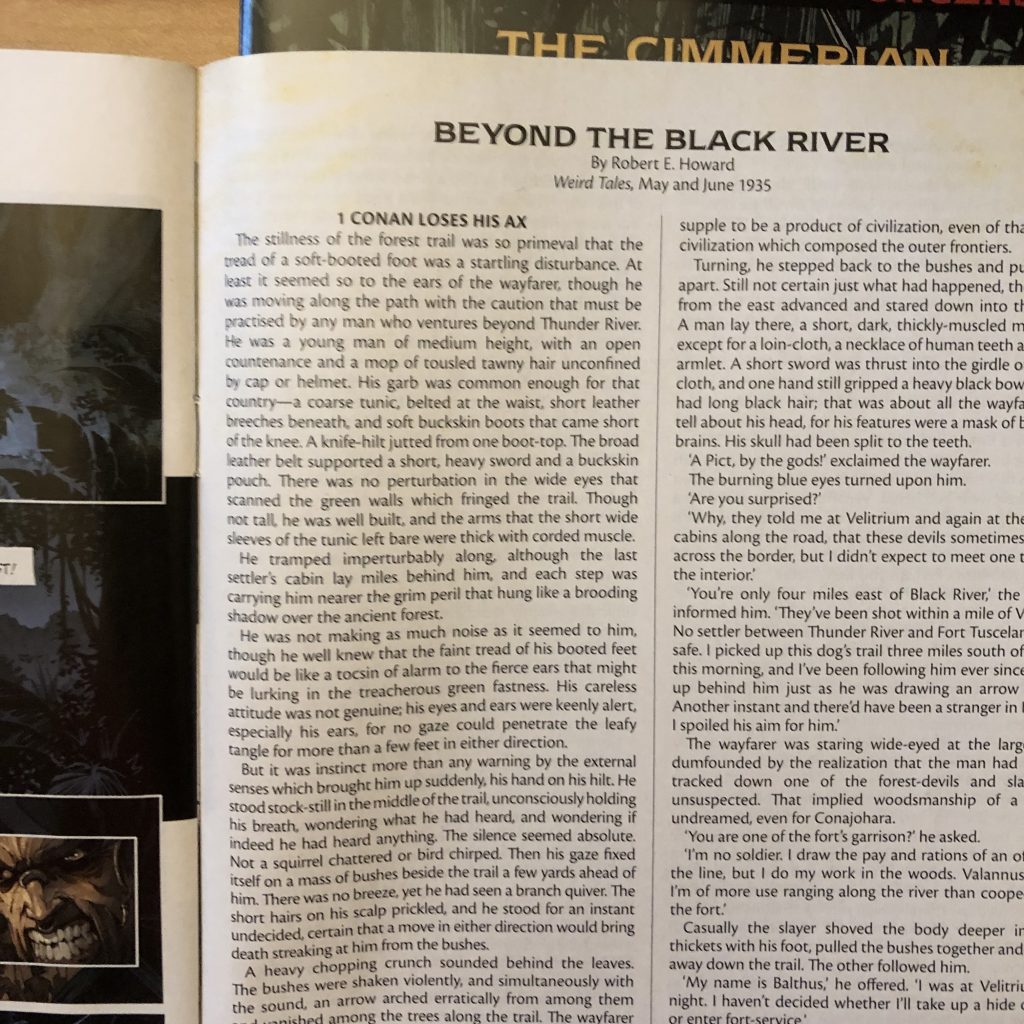 These comics have their own look. I’ve enjoyed most of them, though one or two approach cartoony. The art here is solid.

The adaptation cleaves close to the original in terms of the plot. The absence of some visuals was a small surprise. For instance, the fleeting first glimpse of the forest demon in the original isn’t present here. Conan, of course, battles the demon in the end. And maybe as a visual, they didn’t want any preview before their big reveal. Conan’s look is different here. The horned helmet is gone, and sides of his head are shorn. 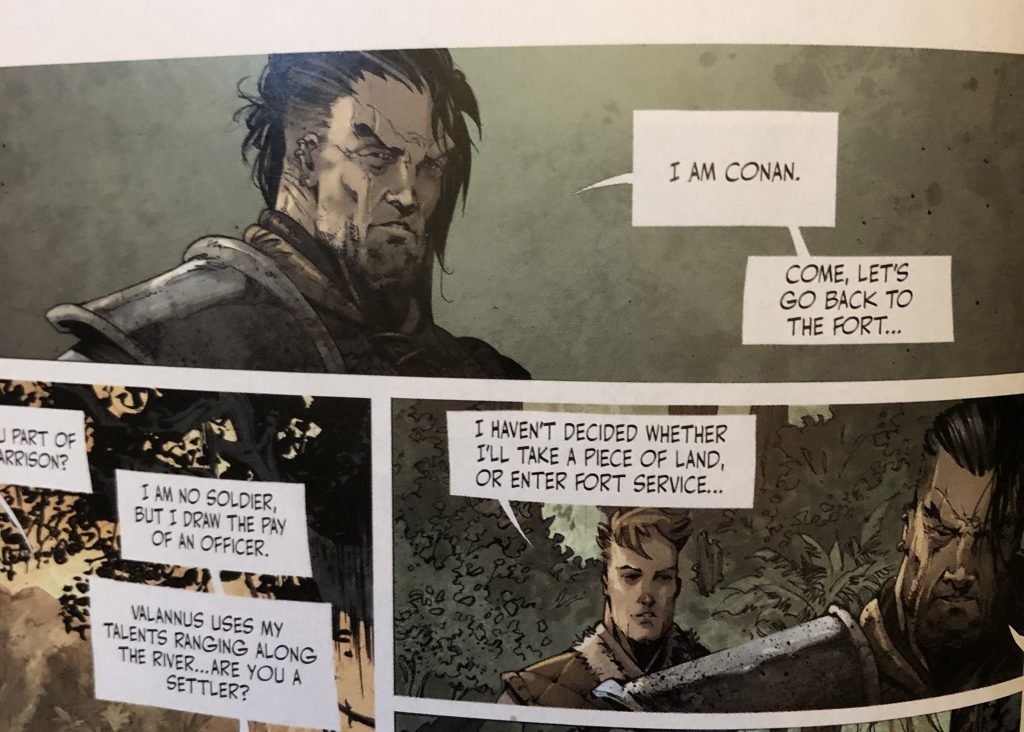 The countenance grew on me, eventually. Perhaps trying to avoid the flowing mane Buscema look of old Marvel, though they have presented him in that manner in earlier issues.

Howard’s Picts have always been a challenge for visual artists. He used the historical pre-Celt race a basis for his own adaptation, not for historical accuracy. Howard added touches of dress and/or manners found in Native Americans and Native Africans, to embellish the race as his own creation. Personally, I’ve found illustrators often hang on these elements a little too much and give us something that doesn’t stand out as its own thing — the sum does not add up to the whole. I think it’s still a weakness here, but I don’t think it is a major foul against the comic.  It’s not bad. 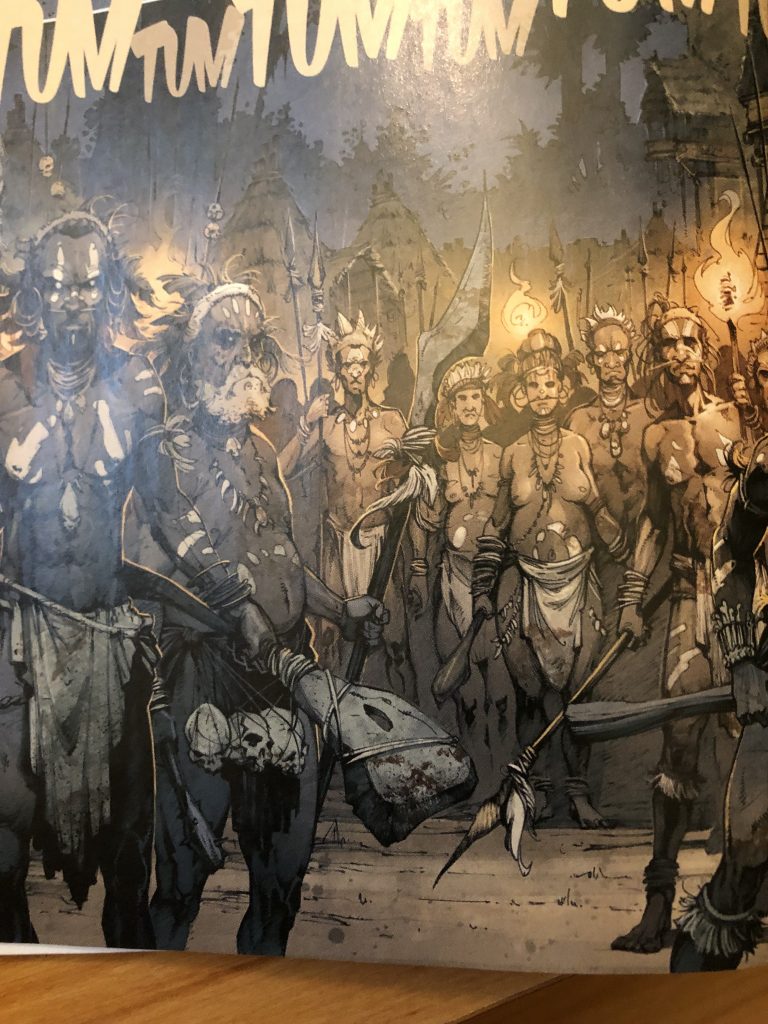 I found the sacking and burning of the fort (Fort Tuscelan) to be one of the best panels. 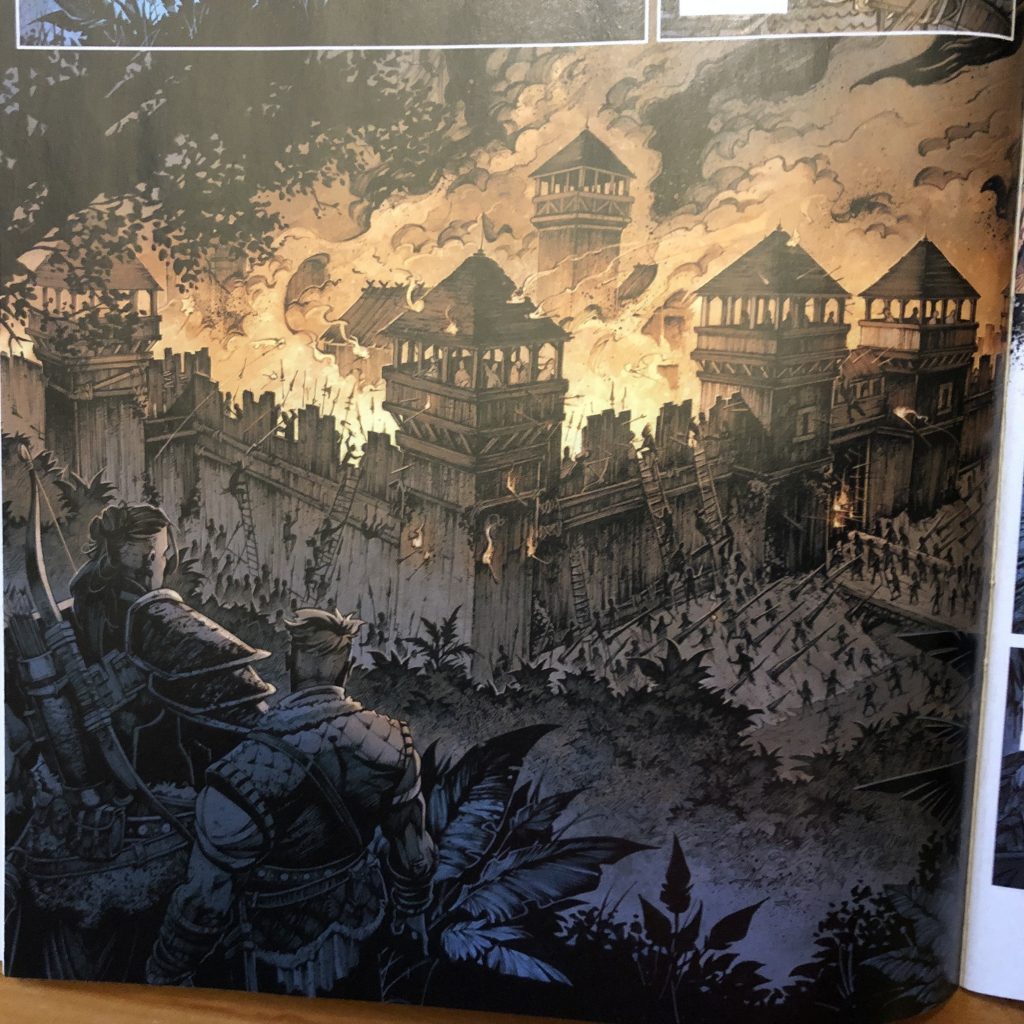 It works. It is also pure adaptation. In the original tale, the fort is not burned.

I’m not much of an art or comic critic. I like what I like. I think for the price of two issues, a fan of Beyond the Black River might want this visual tale added to your collection. (It will probably also end up in a collected edition with other stories soon enough, if you’d rather have it in book form).

Previous Post: « The Mythic Territory Of Fennario
Next Post: Confessions Of A Time-Traveling Pirate — A Review Of ‘Pirate Freedom’ By Gene Wolfe »