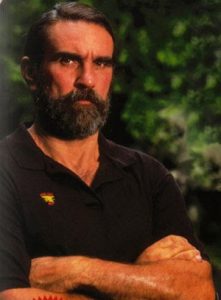 The mead benches of Valhalla are smashed and splintered. Richard Marcinko, the first commander of SEAL Team 6 has died at the age of 81 and passed to that hall of warriors.

Frontier Partisan contributor and retired Special Forces soldier Greg Walker co-wrote Marcinko’s novel, Violence of Action, part of his Rogue Warrior series. I knew a guy in Sisters years ago who served with him (yes, really). They vouched for Demo Dick’s authentic status as a rogue warrior, an image only enhanced by a strong resemblance to Edward Thatch (aka Blackbeard), with whom he is doubtless presently swilling rum (or, in Marcinko’s case, gin) as they festoon themselves with lit cannon matches and plot mayhem on whatever Seven Seas exist on the Other Side.

From the Navy Times obituary:

Marcinko led the SEAL team in what has become known as the Navy’s most successful SEAL operation during the Vietnam War: the May 1967 assault on Ilo Ilo Han. Marcinko and his men killed many Viet Cong and destroyed six of their sampans, according to the Navy SEAL Museum. Marcinko deployed a second time with SEAL Team Two during the Vietnam War. His platoon assisted Army Special Forces during the Tet Offensive.

He was one of two Navy representatives on a task force to help free American hostages during the Iran hostage crisis in 1979. After the tragedy, the Navy tasked Marcinko with designing and developing a dedicated counterterrorist team.

Chief of Naval Operations Admiral Thomas B. Hayward selected Marcinko as the first commanding officer of the unit. At the time, the Navy had two SEAL teams. According to the Navy SEAL museum, Marcinko named the unit “SEAL Team Six” to make other nations believe there were additional SEAL teams. He also hand-picked members from across existing SEAL teams and Underwater Demolition Teams. Marcinko led SEAL Team Six for three years.

“The SEALs who knew Dick Marcinko will remember him as imaginative and bold, a warrior at heart,” retired Navy SEAL Adm. Eric Olson, who commanded U.S. Special Operations Command from July, 2007 to August, 2011, told Navy Times. “He was a spirited rogue for sure, but we are better off for his unconventional service.”

William McRaven, the retired Navy SEAL admiral who oversaw the raid that killed al-Qaida leader Osama bin Laden and followed Olson as SOCOM commander, was once relieved of command by Marcinko over a clash in leadership styles, according to a biography.

“Dick Marcinko was one of the more colorful characters in Naval Special Warfare history,” McRaven told Navy Times.  “While we had some disagreements when I was a young officer, I always respected his boldness, his ingenuity and his unrelenting drive for success.  I hope he will be remembered for his numerous contributions to the SEAL community.” 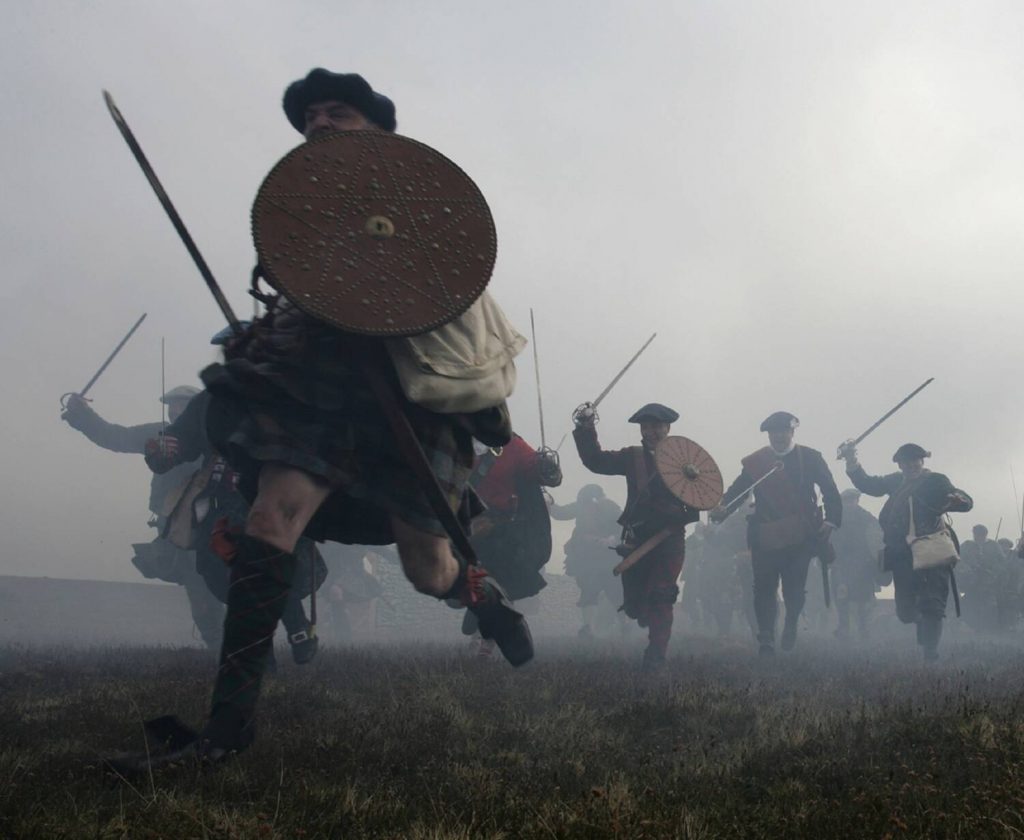 I’ll be queuing up The Road to Culloden Podcast.

The Road to Culloden has been recorded by veteran broadcaster Clare English.

Four volunteers at Culloden Visitor Centre – Peter Cowe, John Easson, Ewen Macniven and Emma Tautscher – spent months piecing together information from a variety of sources. The script was then checked by the National Trust for Scotland’s historians before being given the seal of approval from Professor Murray Pittock, the Trust’s Scottish History advisor and a world expert on Culloden.

Each 15-minute episode takes a different point of the story as its theme. A new episode will be released every few weeks between December 2021 and April 2022, marking the end of our commemoration of the 275th anniversary of the battle. These podcasts also mark the beginning of Culloden’s programme of ‘war stories’ – this will run over the next two years, tying in with VisitScotland’s Year of Stories 2022.

‘The Road to Culloden’ podcast has been supported by many experts and members of the public, all passionate about the history of both the place and the people, before and after the Battle of Culloden. We are deeply grateful to those who have shared their expert knowledge and to those who donated to make this series possible, including eminent military historian Christopher Duffy, Professor Murray Pittock, the National Trust for Scotland Foundation USA and donors to Culloden’s Fighting Fund.

Captain Paul McNamee of the New England Ranging Company, has done committed authorship again. He has a story in the Sword & Sorcery anthology BLOOD ON THE BLADE.

McNamee’s story, The Island of Shadows, features his heroic duo, Lono & Makani. The fighter & sorcerer (ka-man) pair exist in a Polynesian-influenced fantasy world. McNamee enjoys the challenge of writing fantasy without metallurgy. War clubs and paddles, shark-toothed daggers, outrigger canoes — call it spear-&-sorcery. In this tale, they battle through fantastic hazards of the sea only to find themselves on an island where things are not as they seem, not by a long shot.

Paul and I met online through a very lively and worthy Robert E. Howard web forum back in the years between the sinking of Atlantis and the rise of the sons of Aryas. So our initial common ground was our love for the S&S yarns of the great Texas pulpster. Of course, REH has a deep passion for frontier history, so Paul and I have continued down that path. I love it that fantasy fiction in general has broadened its scope beyond the medieval England tropes that dominated it for so long, and Paul’s setting moves WAY outside that realm. Spear & Sorcery — I’m in. It’s available digitally through the Amazon. I’m ordering it from Paulina Springs Books. 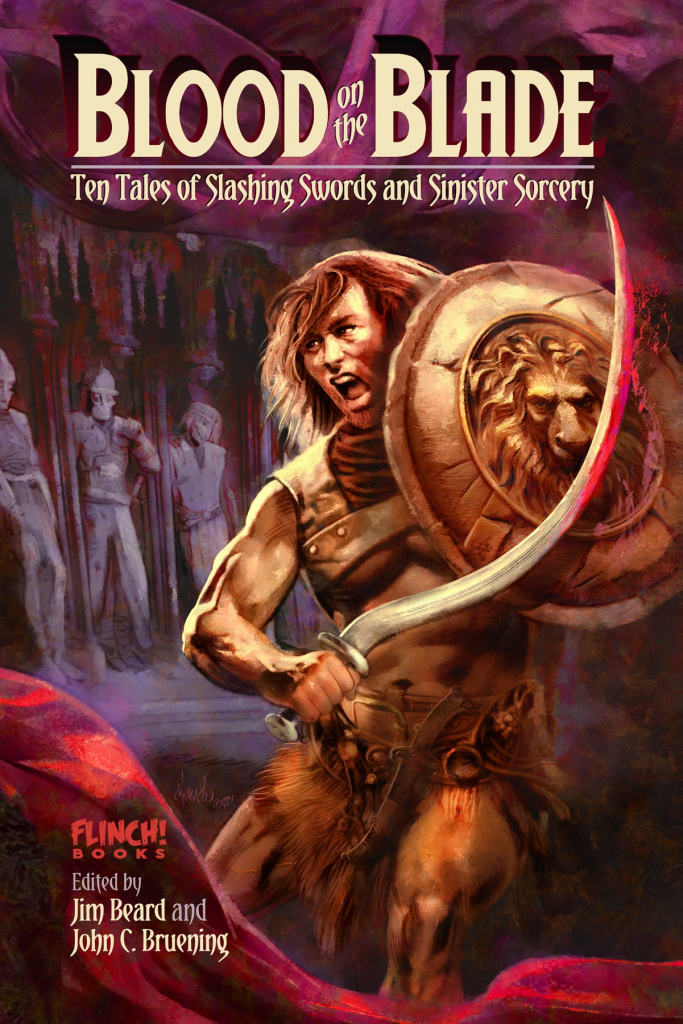 The 19th Century produced some strange-looking firearms designs, some of which look like they came out of a Steampunk fantasy. Like the Norwegian breechloading blackpowder rifle, the Kongsberg kammerlader. 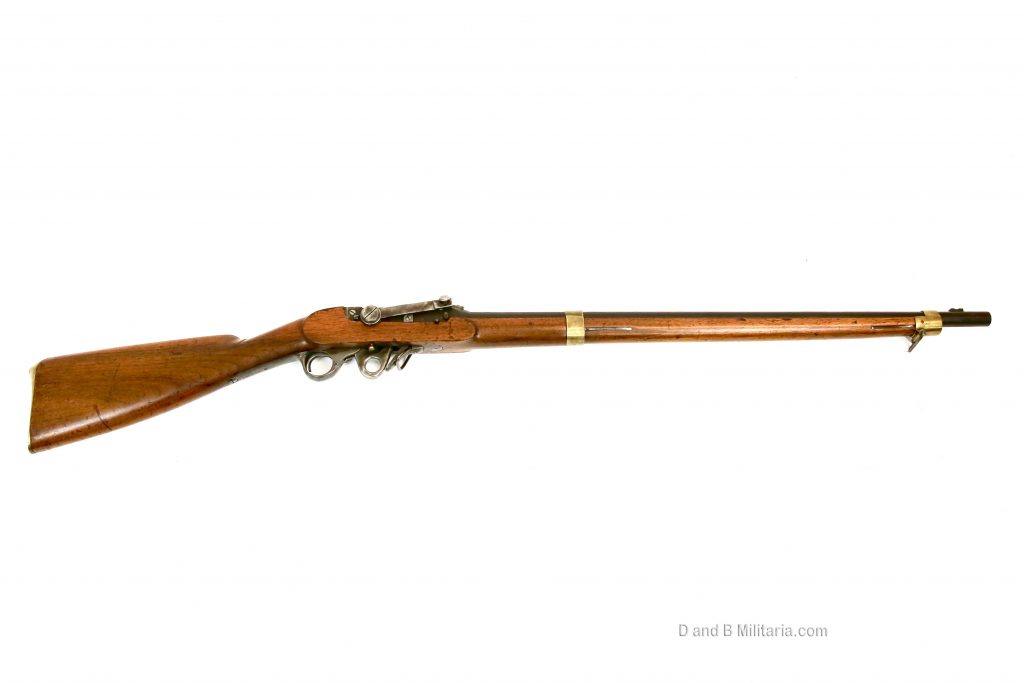