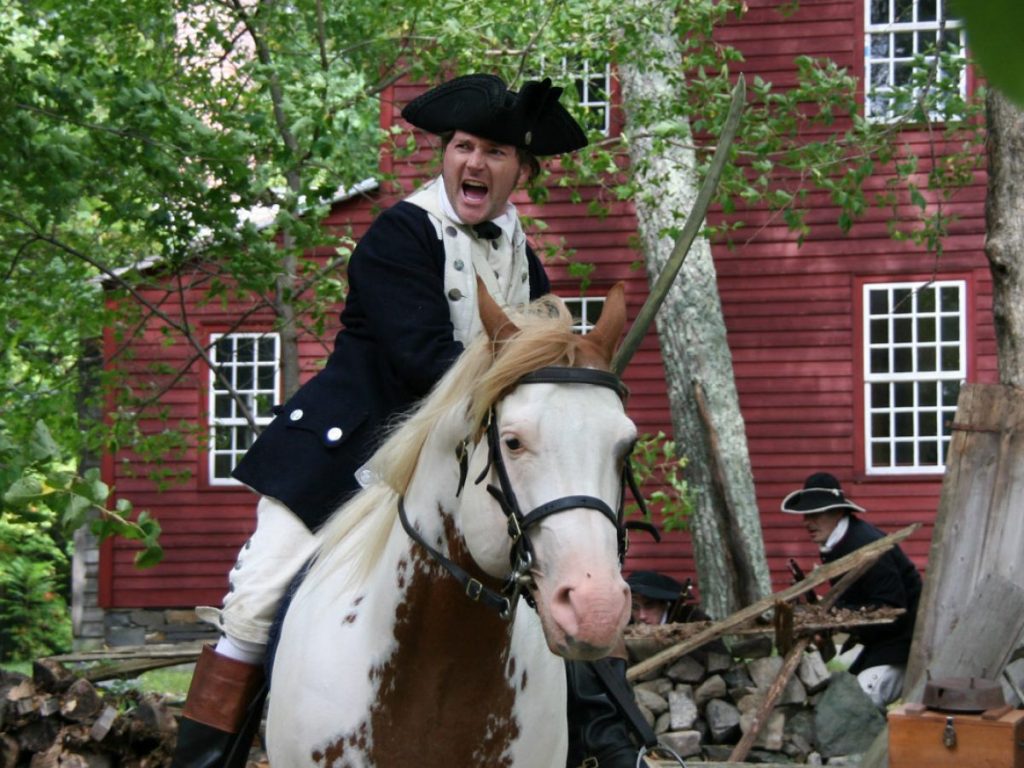 I am about to embark on a small holiday — by which I mean I will have several days off in a row. That’s a rarity for me, because of the way the newspaper schedule works. For the last edition of the year, we’re putting out a retrospective, which means other than a column and delivery, I have scant duties for a few days.

I plan to indulge myself in some winter activity — which, if the forecast holds, may consist largely of wielding a shovel. I also plan to get a good chunk of work done on the Pontiac’s War Podcast, though I have decided to give myself a break from recording till after New Year’s. And… I plan to read and watch good stuff just for pure interest and pleasure.

Suddenly moving to the top of the list is the documentary film Benedict Arnold: Hero Betrayed.

This is the untold story of Benedict Arnold. For the crucial first three years of the American Revolution, Arnold foiled the key British strategy to control the Champlain/Hudson Valley corridor. The British repeatedly attempted to isolate the New England colonies from the rest of the country as the keystone of a master plan to divide and reassert control. The whole history of the Northern theater of the revolution is relatively unknown because to tell this story is to tell the story of Benedict Arnold. And his eventual treason has so eclipsed his contributions to the cause that we have been missing an important part of our history.

Partly because Pontiac’s War connects to it, I’ve been on a bit of an American Revolution bender of late, and this is one of that era’s most irresistible stories.

The most recent Journal of the American Revolution Podcast (Dispatches) featured the film’s creators, and the Journal recently reviewed it, mostly positively.

Benedict Arnold’s name is synonymous with treachery. In 1780, he tried to give over the fortress of West Point to the British. His treason uncovered, he fled to the enemy and subsequently led British forces in harsh campaigns in the southern colonies. Painfully for Arnold, the Americans reviled him as a traitor, and the British despised him, too.

Without Arnold’s exceptional leadership, courage and audacity in fending off a British fleet on Lake Champlain at the hard-fought Battle of Valcour Island in 1776, without his battlefield leadership at Saratoga, there might not have been a United States to betray. The man was, without question, the finest battlefield commander the Americans fielded in the war. His march through the wilderness to Quebec in 1775 was an epic, well-portrayed in Kenneth Roberts’ classic novel Arundel, which I read in high school — the first time I saw Arnold portrayed in a sympathetic light. 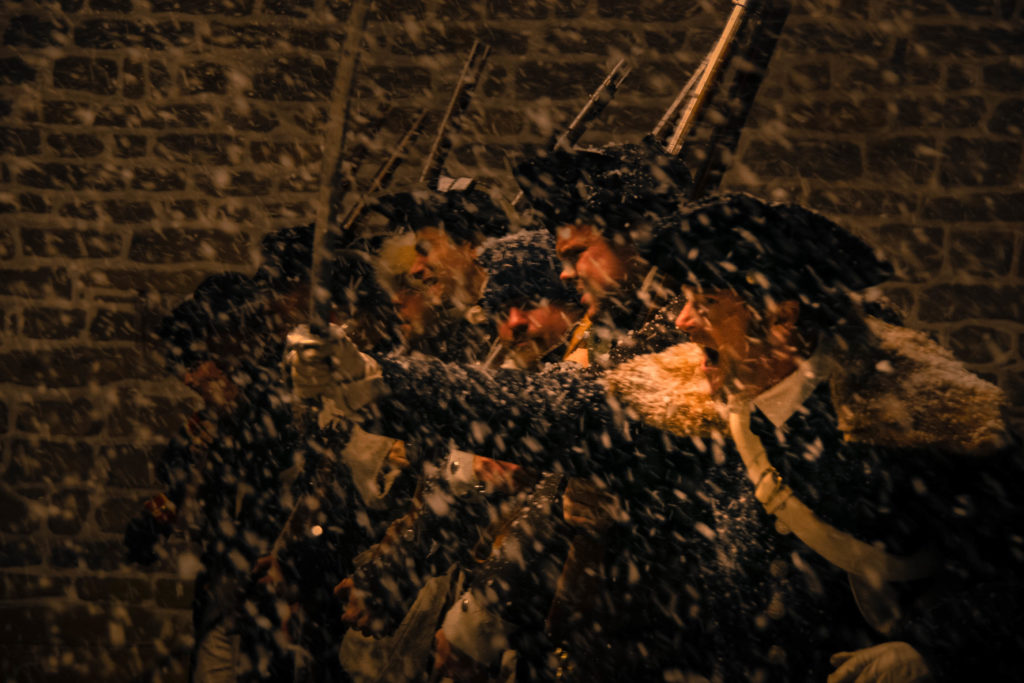 The brave, yet disastrous, American assault on the City of Quebec on December 31, 1775. Arnold was wounded for the first time here, after leading an epic march through the Maine wilderness in an effort to “conquer Canada into Liberty.” 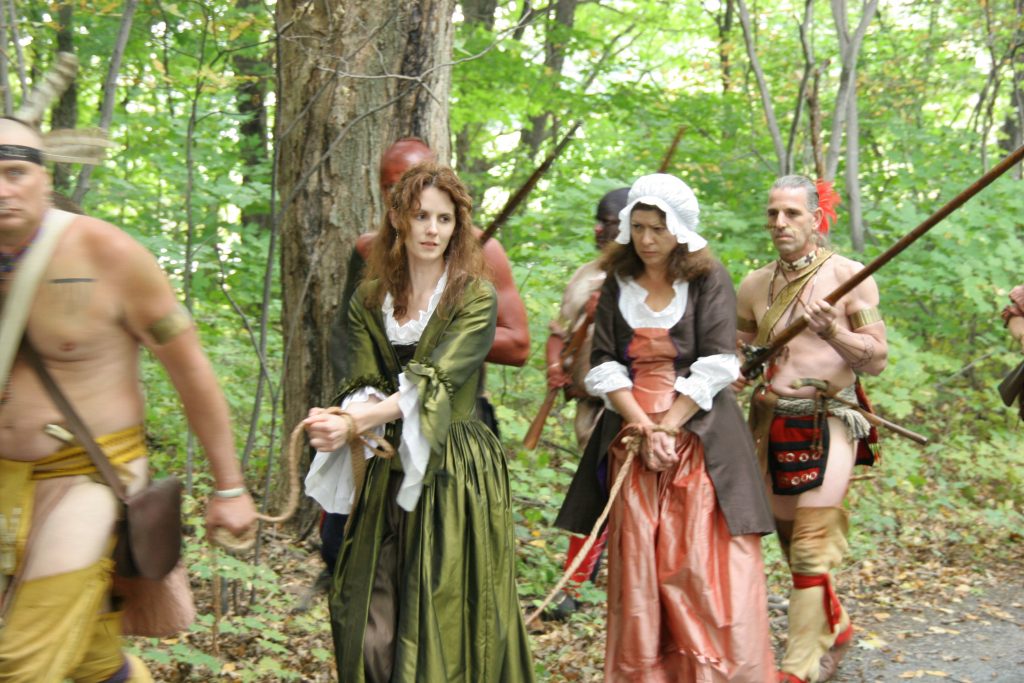 The Saratoga Campaign in 1777 was, in part, a campaign of Frontier Partisan warfare.

Nathaniel Philbrick’s portrayal of Arnold in Valiant Ambition: George Washington, Benedict Arnold and the Fate of the American Revolution is excellent. As Philbrick demonstrates, Arnold was an extraordinarily able and energetic man, and he really was screwed by politics and envy. By the same token, he was a master at alienating just about everyone. His insecurities and what we now would probably identify as Narcissistic Personality Disorder made the real and perceived slights to which he was subjected impossible to bear. What he wanted more than anything else from the British was validation. Well, that and a big chunk of money. He consistently lived beyond his means, and he acquired a high-dollar wife in the very young socialite Peggy Shippen, who may have pushed him into turning his coat.*

The documentary is certainly valuable. If I was still teaching, I would use it as a teaching resource. The use of real locations and Revolutionary War re-enactors gives the story some authenticity. Maps and computer graphics are also useful in the narrative. Several famous historians add their commentary at many points throughout, such as Carol Berkin, Thomas Fleming, Mark Lender, and Don Higginbotham, to name a few. The choice of Martin Sheen as the narrator gives the production some integrity. However, a few of the scenes are overly melodramatic. Peter O’Meara said very little in the movie, but he rather intensely stared at the camera for many moments. The actor who portrayed Gates made him look like the nickname given to him decades after the war, “Granny Gates.” And the choice of David M. Rawlin to play George Washington did not match up with His Excellency’s appearance.

The documentary really comes across as a justification for changing the view that people have had about Benedict Arnold over the past two centuries. It makes him out to be a misunderstood hero who was constantly spurned. It ignores Arnold’s duplicity and the role his young wife played. The reaction of Washington is barely mentioned. Washington was so angry about the betrayal that he actively sought Arnold’s head. And when Arnold joined the other side, his tactics were more violent than they had been previously. Why? Was he trying to prove something, or was he simply acknowledging his true feelings about the Revolution? Still, the documentary is worthwhile in many respects, no matter what one’s opinion of Arnold is.

It’s certainly worth a couple hours of my time, and I’m looking forward to it.

Note: Writer/producer Thomas Mercer commented below. He took a bit of issue with my use of the term “docudrama” to describe the film, preferring to refer to its “cinematic action scenes.” That’s fair enough, and I changed a reference accordingly.

All said and done, I found the film completely absorbing and quite worthy, an important humanizing corrective to the black legend of Benedict Arnold — though I do think it gave Arnold a little too much benefit of the doubt in addressing his self-dealing and treachery.

From a Frontier Partisans standpoint, I was gratified to see the murder of Jane McRae given appropriate weight in its impact on the Saratoga Campaign, and the ruse Arnold used to save Fort Stanwix from siege by British and Indian forces is also depicted. Absolutely worth firing up on a winter’s evening.

*The AMC drama TURN: Washington’s Spies does a LOT with the Arnold story, and Owain Yeoman’s portrayal runs hard with his thin-skinned, resentful narcissism. TURN is fiction, of course, but it’s fun to see what a storyteller can do with the material.

In this depiction, Peggy Shippen played by the lovely Ksenia Solo, is the lover of British intelligence officer John Andre, played as a dashing romantic by JJ Feild. Shippen, to serve her lover, seduces and marries Arnold and plays on his resentments to turn him into a traitor. It all ends tragically, as Arnold’s treason leads directly to Andre’s capture and hanging as a spy. 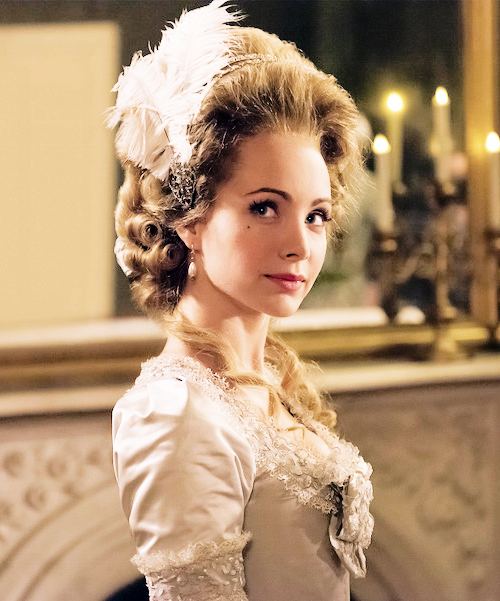 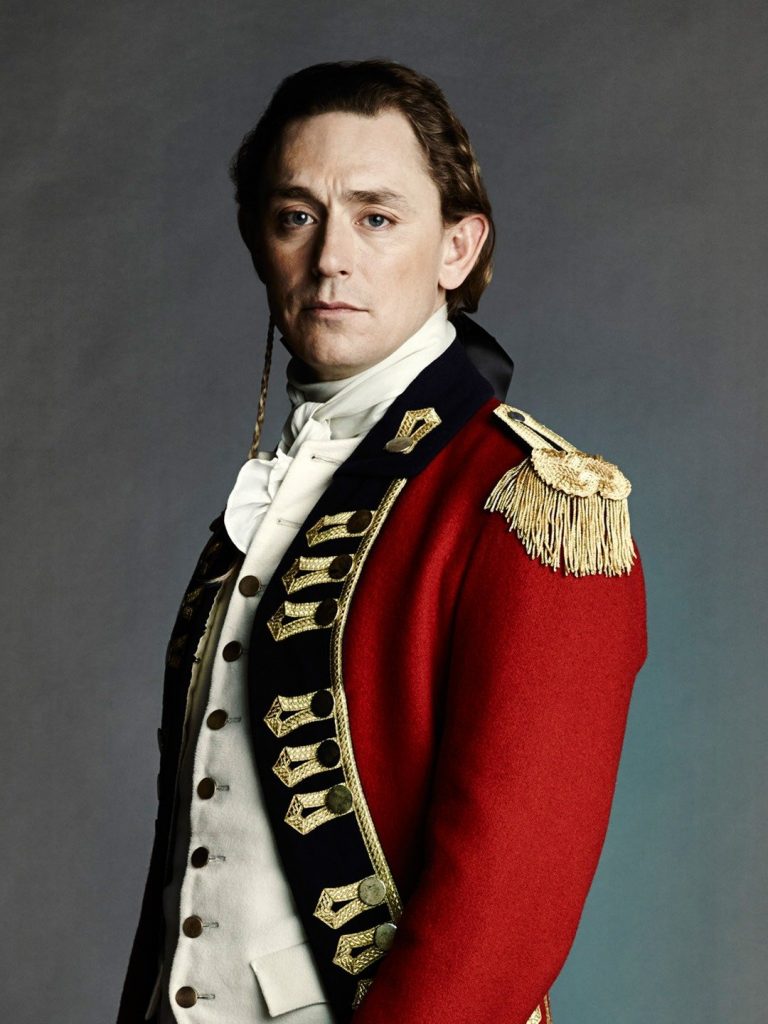 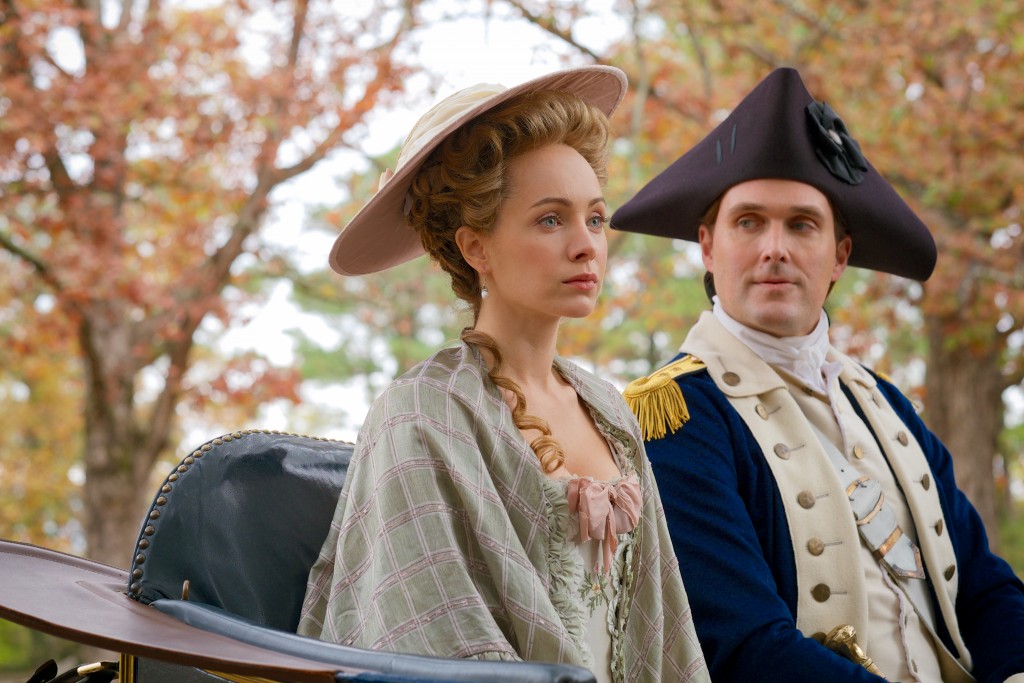