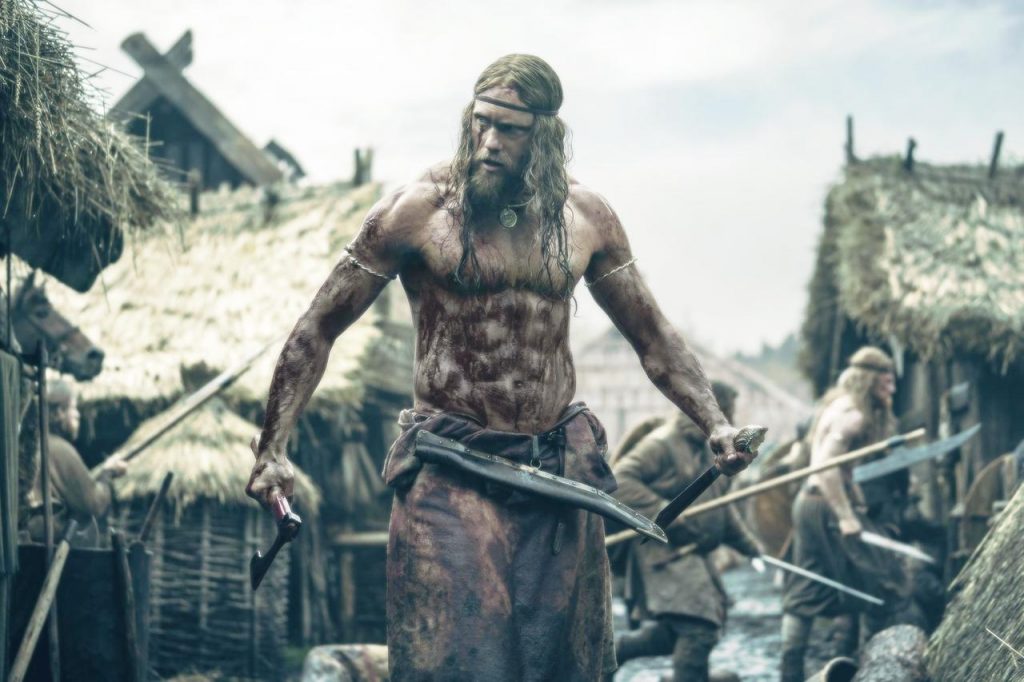 The trailer drop for The Northman got buried in the trapline; Paul McNamee pointed out its sign right after I’d uploaded the post. Brian Murphy’s recent essay at the DMR Books blog gives me a chance to give this piece of epic Norse badassery its proper due.

Murphy, who was a shieldwall comrade at The Cimmerian, is the author of the recent, highly-regarded Flame and Crimson: A History of Sword-and-Sorcery. His DMR essay explores the influence of the Sagas on the great Texan yarn-spinner Robert E. Howard.

This paragraph jumped out, a letter from REH to HP Lovecraft:

“By the way, I recently got hold of a book that ought to be read by all writers who strive after realism, and by every man with a drop of Nordic blood in his veins — the ‘Heimskringla’ of Snorre Sturlason. Reading his sagas of the Norse people, I felt more strongly than ever my instinctive kinship with them, and the kinship between them and frontier people of America. In many ways the Norsemen figuring in this history more resemble the American pioneers of the West more than any other European people I have ever read about.”

That’s the kind of Continuity & Persistence that forms the bone structure of Frontier Partisans. Howard had the right of it. I noted previously in these pages that:

The Norsemen ought to be considered the great Frontier Partisans of the medieval period. They were wayfarers and fur traders, raiders and settlers. They were almost certainly the first European culture to make contact with the First Nations peoples of North America — whom they called Skraelings.

The Vikings spread their culture (and their DNA) across most of Europe from the 8th Century on up to the 11th Century. They founded Kiev in the Russian east and colonized Iceland in the West. They formed the vaunted Varangian Guard for the Byzantine Emperor, and their Norman descendants famously conquered England in 1066.

The Northman is 100-proof Frontier Partisan in historical background and in its creative pedigree. For one thing, Eggers made his bones on an American frontier horror story, The Witch, set on the edge of the wilderness in Puritan New England in the 17th Century. The Northman is clearly a straight-up revenge yarn, a staple of frontier storytelling from the sagas to the Western.

“It’s basically the story of Hamlet or The Lion King, which was originally an old Norse story where the Hamlet character was called Amleth. We’ve told it in our own way. It is a Viking saga with magic and swords and mysticism and all the stuff that you’d want from that.”

Some of that mysticism is embodied in Olga (Anya Taylor-Joy), who tells Amleth:

“Your strength breaks men’s bones. I have the cunning to break their minds.” 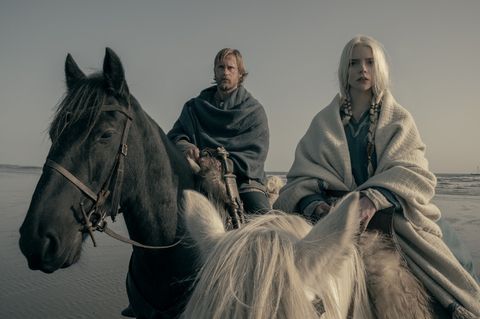 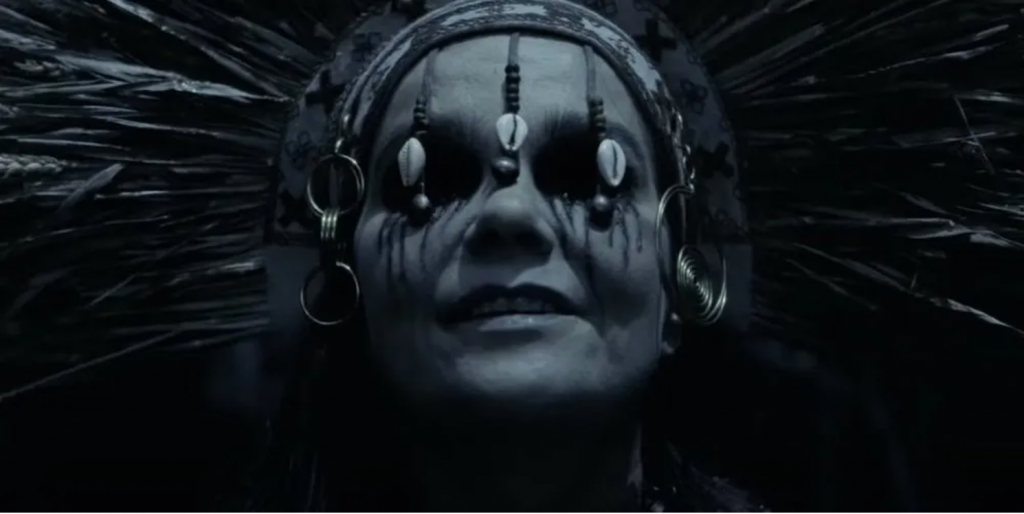 Several commentators have noted some explicit call-backs to John Milius’ 1982 Conan the Barbarian, and the homage is impossible to miss. There are doubtless those who will ding Eggers for being “derivative.” But that would entirely miss the point. This is like folk music, working in a thousand-year-old tradition — if you aren’t derivative, you’re doing it wrong.

Note: I prefer the pantherishness of Alexander Skarsgård to the bodybuilder bulk of the Austrian guy.

“Alex totally transformed his body. He’s bigger than he is in Tarzan, and that’s no small feat. He completely became this character. When he first had to do that kind of berserker transformation scene everything fell into place. To my taste and understanding, he is like a saga hero. There are moments where his rage is as powerful as anything I can think of in cinema. I’m not trying to toot my horn, but it’s intense. I feel ridiculous saying something like that, but it is intense.” 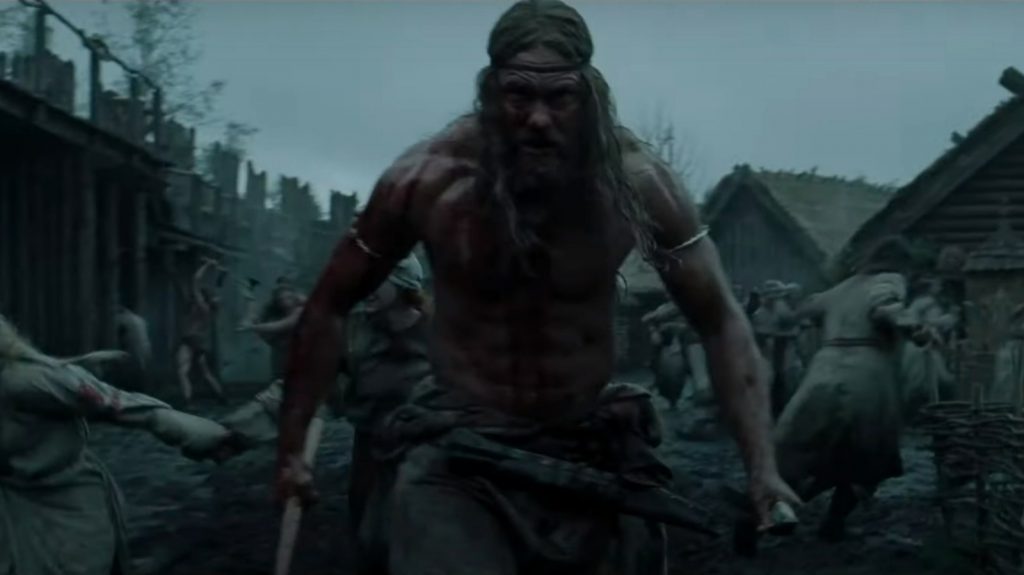 I swear upon the steel of my Scandinavian Forest Ax, I am all-in on this tale. I anticipate greatness. 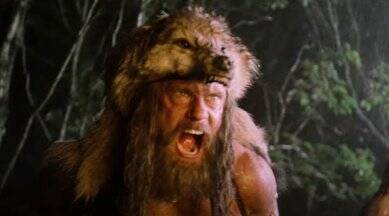 Previous Post: « Working The Trapline — ‘Giving Up Is Not In The Blood’
Next Post: A Hero Betrayed? »