Note: Pierre-Esprit Radisson lived a 17th century life of remarkable adventure and equally remarkable duplicity. In this article I will not recount his life story. I certainly will refer to many of the events. But Mark Bourrie aimed to contextualize the Radisson epic “amid the events and political culture that had so much influence on his life.” That’s where we’re headed. Readers not familiar with Radisson, or who’ve been out of touch with him for awhile, are urged to read Jim Cornelius’ post on Radisson’s life, “We Were Caesars,” before reading this article.

Canadian Mark Bourrie brings to his subject his work as a journalist – including a National Magazine Award –  and his doctorate in Canadian history. In Bush Runner, Bourrie achieves to an admirable degree his intention to explain Radisson’s life through “the events and political culture” that he operated within. Bourrie evidences a comprehensive knowledge of Indigenous societies; the European invasion/colonization of their lands; and the cultural, political, and international conflicts those Europeans came out of. And his journalistic skills enable Bourrie to slide the reader from Radisson’s activities into deep contextual backgrounds, all written clearly, succinctly, and smoothly. Such a combination makes for a tremendously informative and satisfying read.

The 1636 France that Radisson was born into was not a pleasant place to live.

“City workers rarely lived into their forties, and buried most of their children. One in four children in Paris was abandoned by their parents: the city had a form of dogcatcher whose full-time job was to round up the eight thousand children who were turned out on the streets each year by their families.” So in a few short paragraphs the reader suddenly understands why, with Paris “on the verge of yet another civil war,” in 1651 Radisson’s parents “sent three of their children to the backwater of New France, to the besieged frontier outpost of Trois-Rivieres, with the expectation that they would never see their family again.”

Young Radisson had skills unusual for his class and time: he “had the proper handwriting and language of the French court. Someone saw potential in Radisson and taught him sophisticated communication skills.” These skills enabled him to operate and even prevail in complex socio-political environments that most with his background would not have been able to. In particular, Radisson had a tremendous ability with languages, which proved essential to his progress and survival in America.
In May1652, while duck hunting too far outside the walls of Trois-Rivieres, Radisson — “impetuous, adventurous, even reckless — became careless.” Suddenly he was surrounded by 30 Iroquois warriors.

“Radisson fired some birdshot into them, then shot his pistol, hitting no one.” 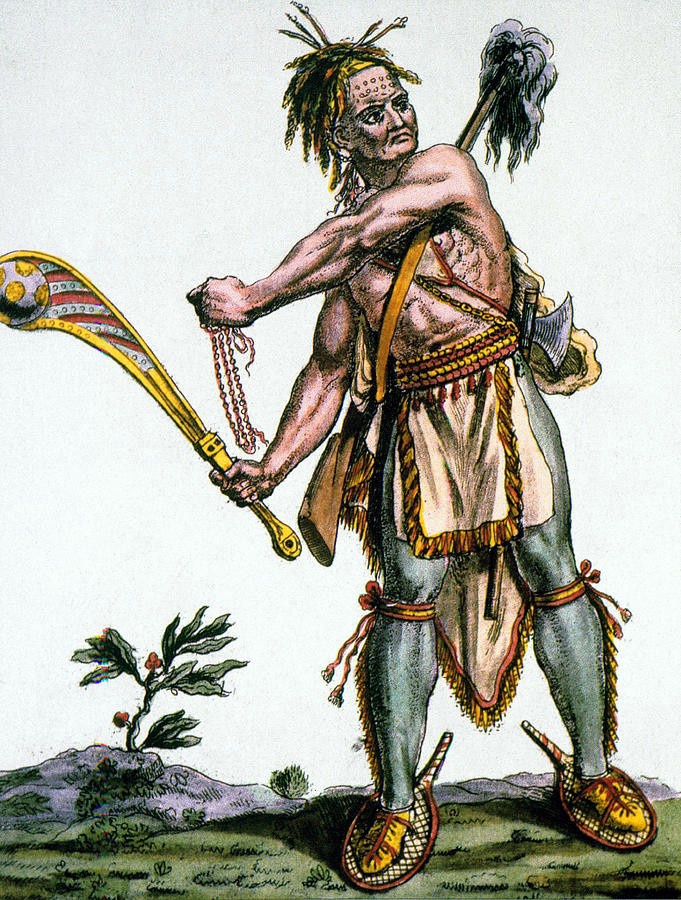 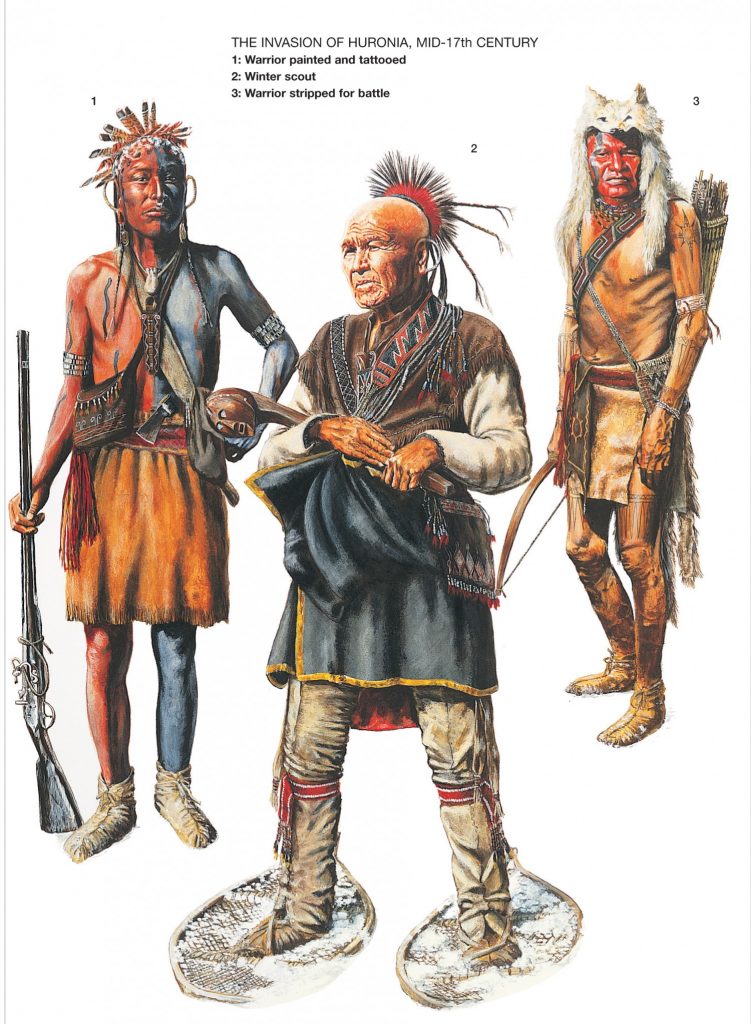 The Iroquois of Pierre-Esprit Radisson’s 17th Century were a powerful political and military force to be reckoned with.

To his great fortune, the Iroquois abducted rather than killed him. Leaving the St. Lawrence River Valley, the warriors headed down Lake Champlain with Radisson in tow. Initially they painted his face red, meaning he was eligible for adoption. However, later his face was painted half black, half red. It was up in the air: death or adoption?

Bourrie’s treatment of Radisson’s resulting life with the Mohawks is masterful, tremendously informative and enjoyable. Far from conforming to the European view of the Iroquois as savages, Radisson found the Five Nations “to be very much a country.” Indeed, he entered a “wealthy meritocracy with mixed communal and private ownership” of farmlands and hunting territory. It was “a society that placed a very high value on public generosity and despised miserliness.” A complex society of clans, “whose members had to adhere to rigid social rules, the community’s wealth was redistributed through the community in feasts and rituals.” And, Radisson came to understand that “the Iroquois were spiritual people with an innate and well-developed understanding of human psychology.”

But why wasn’t Radisson killed? Because, “The Iroquois were desperate to rebuild their population.” They were “haunted by the memory of countless friends and family members lost in wars or who had died of strange new diseases. Despite their recent victory over the Hurons, it was “a country in terrific flux.” Goods taken as war spoils and in trade disrupted the traditional ways of living. And villages were “filled with adoptees, refugees, and slaves.”

Radisson was saved from running a gauntlet by a woman whose son Orhima had been killed in battle. This unnamed mother chose to adopt him. It turns out that she “took a big risk adopting a Frenchman.”

“Mohawks adopted people who were good looking and had pleasing personalities, they believed the French to be weak, ugly, unintelligent, and unable to cope with physical hardship or to assimilate.”

But the charismatic Radisson possessed characteristics the Iroquois valued. Due to his remarkable language abilities, they began teaching him almost immediately. He perceived that Iroquois warriors despised “whiners and complainers.” So he did his best to smile and be happy. They saw Radisson as “a brave and capable young hunter with enough spunk to shoot back.” In excellent physical shape, the Mohawks saw courage, an “openness to Mohawk culture, cheerfulness, and an eagerness to please.” He made himself “useful, always working just a little bit harder than everyone else.”

And Radisson liked his new parents. “Within six weeks, he learned a lot about Iroquois manners. Eventually, his mother asked if he was a Frenchman. He replied that he…

“was a Panugaga, one of her people. On that day, Radisson’s family threw an adoption feast.”

Previous Post: « Yo Ho, Ho-Ho-Ho
Next Post: Firearms of the Frontier Partisans — Rifles In the French & Indian War »